Actual images of the long-rumoured Apple television set may finally be in circulation thanks to a leak on Chinese social media.

For years, Apple has been tipped to be secretly working on the creation of an Apple TV. We’re not talking about the existing Apple TV, which is a set-top box that you connect to your television. We mean a proper television, with a huge OLED screen and a great, big Apple logo stamped on the back.

For the most part, these rumours have emerged with very little substance, but we may now have the first photos of the Apple TV, courtesy of a post to China’s Weibo social media site. A user has uploaded several images to the site, all depicting what’s claimed to be an Apple OLED TV. 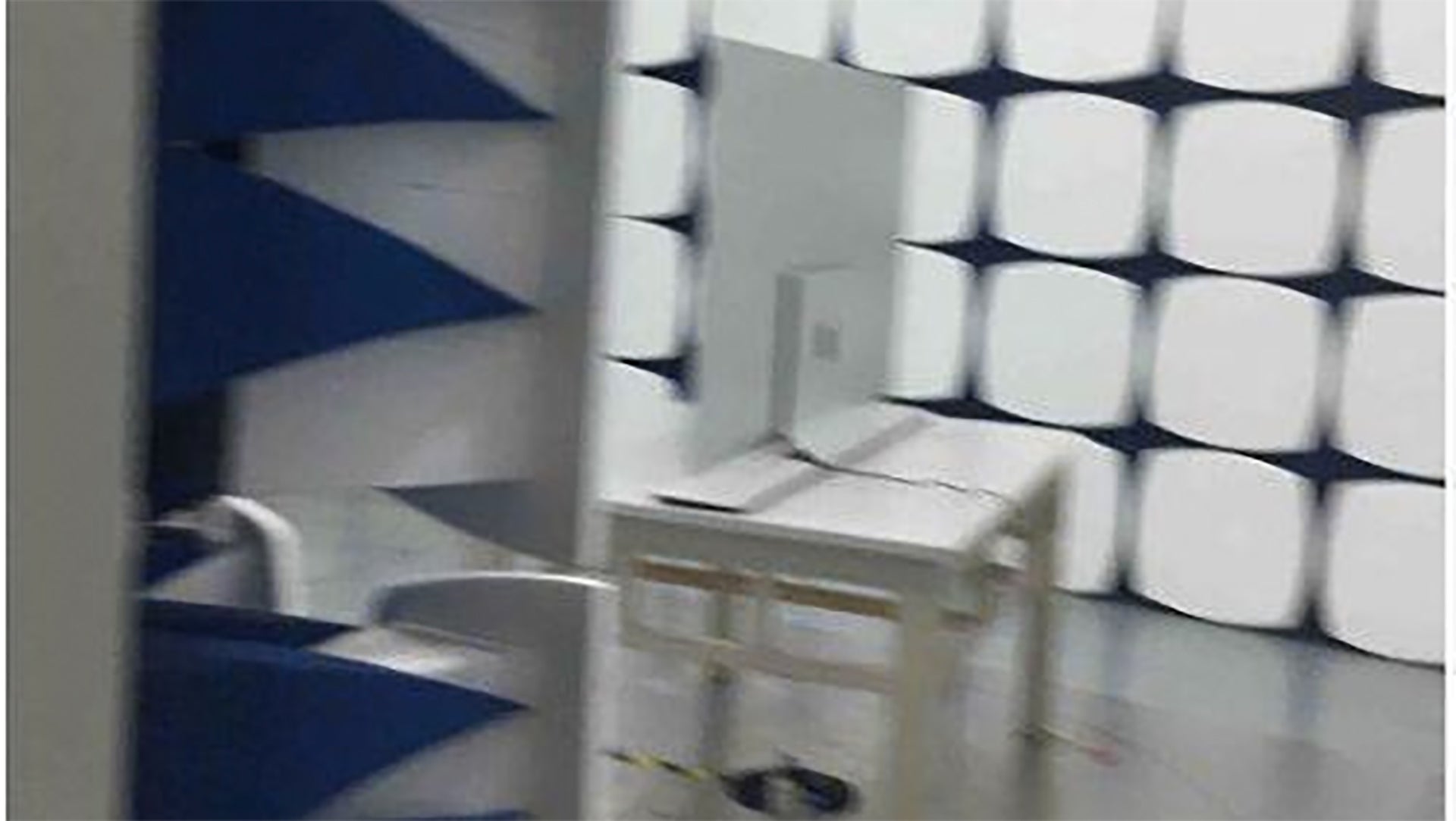 The caption that came with the post was in Chinese, but with a little help from Google Translate, we reckon it says something like this:

“Today’s reveal of the Apple OLED TV spy photos. This Apple TV is about 60 inches, with a narrow frame design and a metal shell. At the bottom of the screen there are two similar black spots, for a camera.” 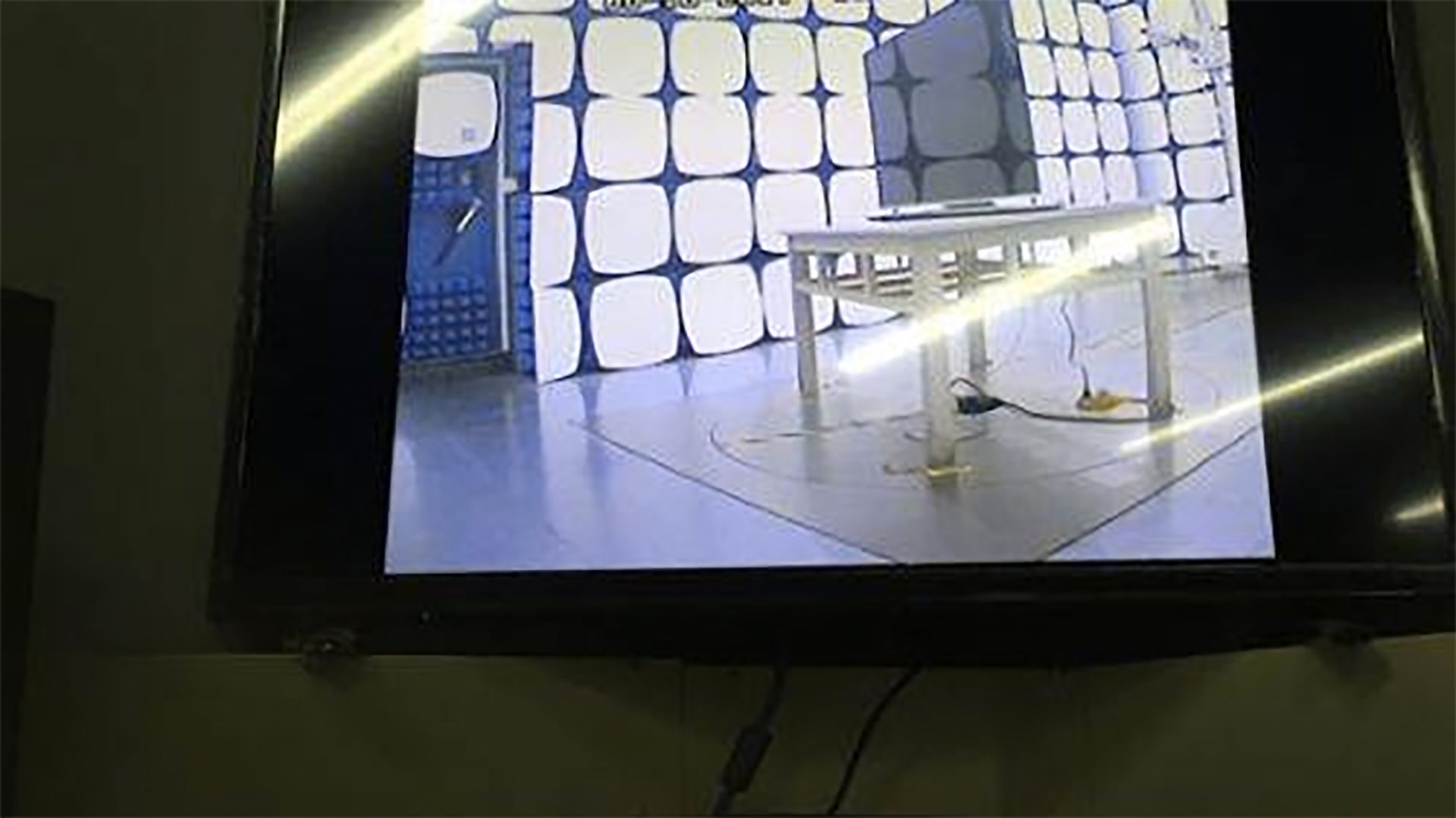 The obvious caveat to all of this is that there’s no real way to verify the legitimacy of these images. It’s entirely possible that this is a major hoax, and so we should take it with due caution. Until Apple makes an official announcement, we can’t say for certain whether a television is even in development.

That said, it’s worth noting that Apple conducts significant operations out of China, particularly on the manufacturing side. If Apple was building prototype models, there’s a fair chance that Chinese factories would be utilised to do so – which may explain this leak. 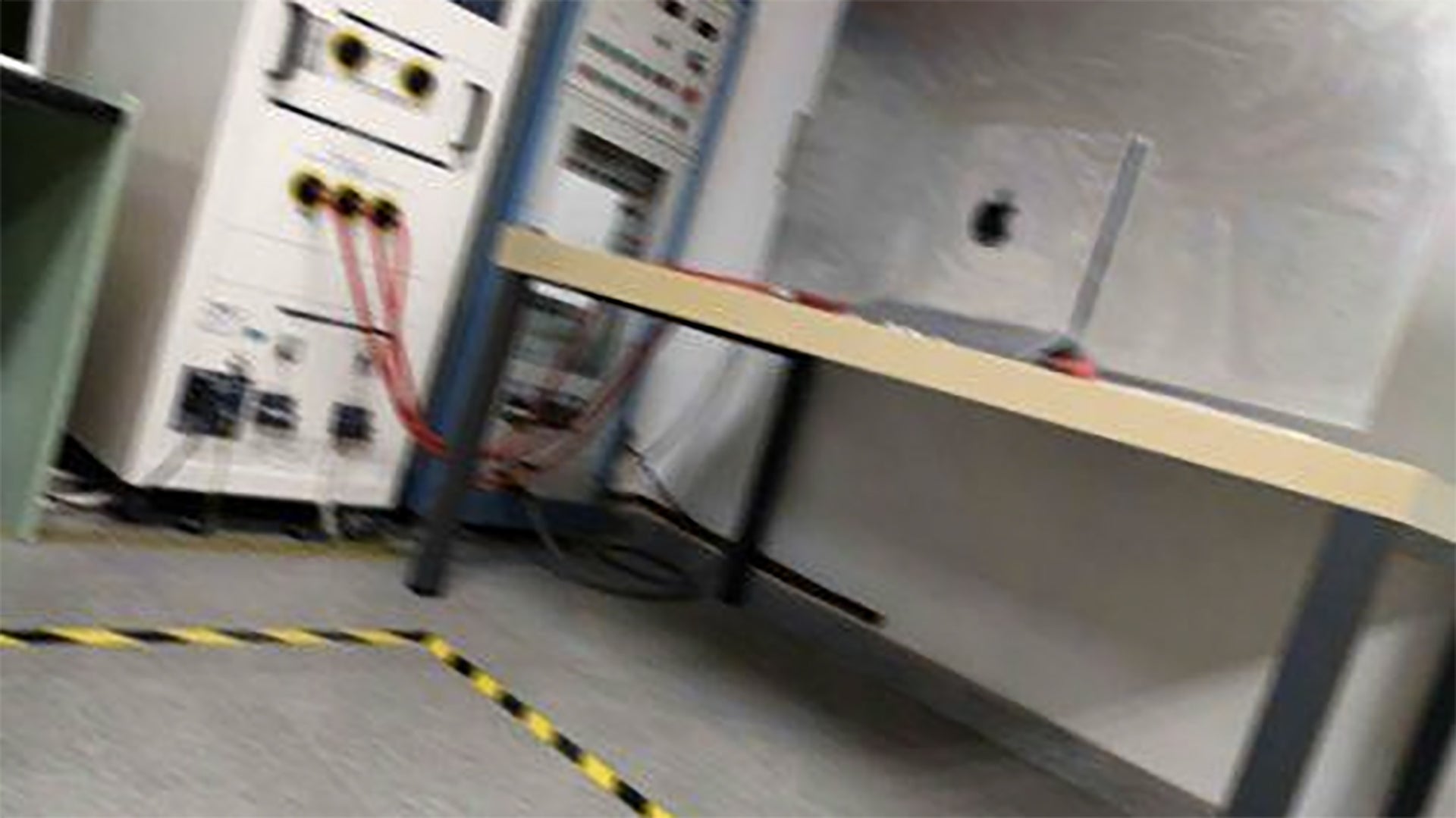 Also, while the claim is that the screen is 60 inches, there’s no compelling reason why we should believe this isn’t just a new Apple monitor. It’s not patently clear that what we’re looking at is an Apple television, and so we’ll have to take these shots with a pinch of salt. 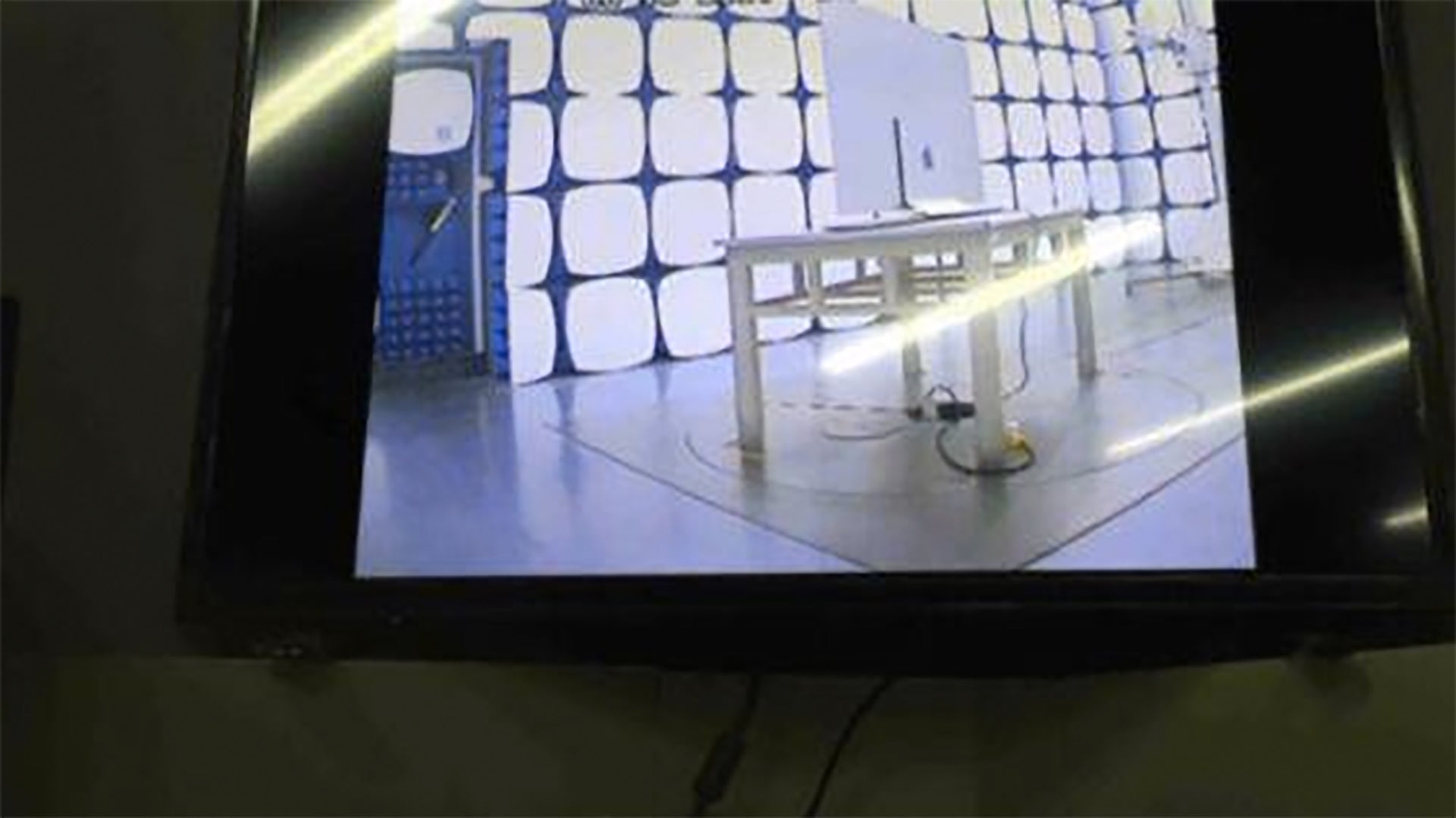 The room itself that Apple’s supposed television is pictured in is actually an anechoic chamber. This is basically a room that’s meant to absorb reflections, and effectively become echo-free. They’re regularly used in electronics manufacturing for radio-wave testing.

This could be a point in the leaks favour; anechoic chambers are hard to come by, because top-end ones cost a lot of money. Trusted Reviews spent some time at Logitech’s Swiss HQ last year, where we learned that it spent €600,000 on a chamber used mostly for testing gaming mice. The chamber pictured in this Apple leak appears to be even bigger.

Still, until we get official word from Apple, have your tin-foil hat at the ready.

What do you think of these blurry shots? Let us know in the comments.