Amazon’s September hardware event didn’t just deliver all the big Echo, Fire TV and Ring updates we had hoped for this year. It also marked the announcement of Amazon’s Luna cloud gaming service. But, how does Luna compare to Google’s Stadia streaming service?

Google Stadia launched last November, offering a gaming option for anyone hesitant about forking over hundreds of pounds on a console. There’s a lot to like about Stadia, from it’s portable, hardware-free setup to support for 4K streaming. However, while cloud gaming might be the future, we still felt the service lagged behind established competitors like PlayStation and Xbox.

Now, all eyes are on Amazon to provide a cloud streaming service that can compete with Stadia and consoles alike. Luna certainly isn’t Amazon’s first rodeo when it comes to cloud services or streaming sites, but cloud gaming is new territory for the tech giant. We haven’t had the opportunity to try Luna just yet, but Amazon has revealed plenty of information to compare with its Google rival.

It’s Amazon Luna vs Google Stadia. Read on to find out which cloud streaming service we think will be best.

Read our review of Google Stadia

Amazon Luna vs Google Stadia prices – How much do they cost?

As streaming services, Amazon Luna and Google Stadia are more affordable in the short term than splashing out on expensive hardware.

Stadia Pro is priced at £8.99 a month and comes with a one month free trial. This includes access to the platform, 4K HDR resolution, 5.1 surround sound, discounts and a number of free games added every month. Google also offers a free version of Stadia, but you’re limited to 1080p at 60fps and will have to pay for any games you want to run on the platform, which then can’t be transferred to other platforms.

Luna+ will be available at an introductory offer of $5.99 a month. Amazon has yet to announce UK pricing and early access is only available in the US right now, but that works out at around £4.63 a month. This price is set for early access only, so we expect it could go up later in Luna’s lifetime. Like Stadia Pro, Luna+ includes access to free games and 4K streaming at 60fps. It isn’t clear yet whether Amazon will offer a free subscription tier as Google does.

Amazon’s Luna controller is available for $49.99 – or around £38.62 – during the early access period. It is Alexa-enabled and uses Cloud Direct technology (as opposed to Bluetooth) to reduce latency.

Amazon is the more affordable option right now in the US, but we’ll have to see how the two compare once the early access period is over and UK prices are revealed. 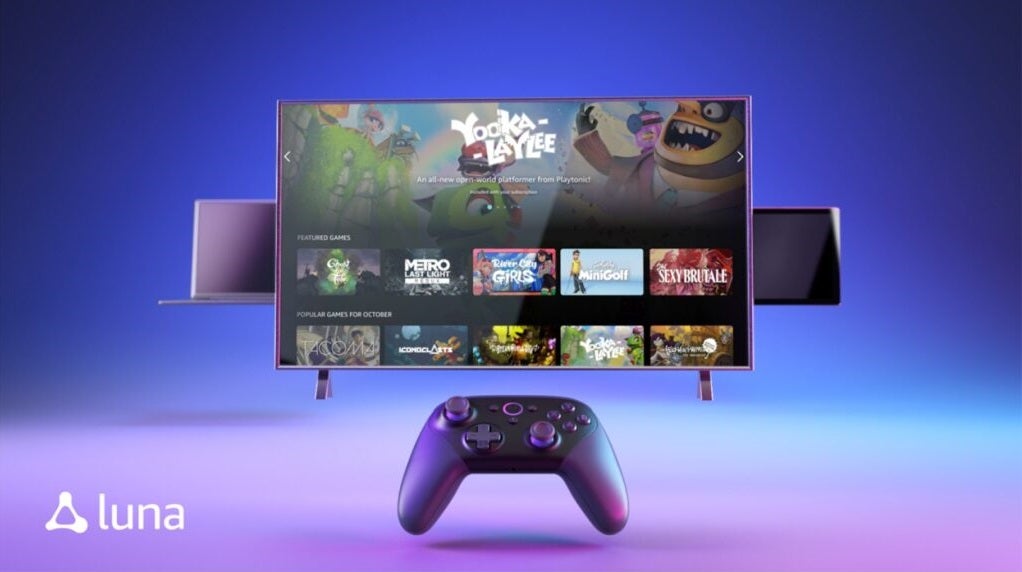 Amazon Luna vs Google Stadia release dates – When will they launch?

Google Stadia launched in the UK on November 19 last year.

Gamers in the US can request an invite to Luna’s early access programme right now. There is currently no word on when Amazon Luna will be available in the UK.

Amazon Luna vs Google Stadia games – What can you play?

One of the biggest advantages of cloud gaming is that there’s no need to download or update any of your games, meaning you can jump in with no waiting necessary.

There are over 80 games available on Stadia right now, including Assassin’s Creed Odyssey, Hitman, Doom and Final Fantasy XV, to name just a few. You can browse these and 25 more games coming to Stadia on the Google Store. Subscribing to Stadia Pro will give you a free game every month but, otherwise, you’ll find yourself paying for every individual game you wish to add to your library.

Luna+ early access will include games like Resident Evil 7, Control, Panzer Dragoon, A Plague Tale: Innocence, The Surge 2, Yooka-Laylee and The Impossible Lair, Iconoclasts, GRID, ABZU and Brothers: A Tale of Two Sons. This is a pretty limited list, compared with both Stadia’s current 80 games, but Amazon does intend to add more titles over time.

Amazon will also be launching a gaming channel with publisher Ubisoft, giving subscribers access to the likes of Assassin’s Creed Valhalla, Far Cry 6 and Immortals Fenyx Rising in 4K resolution (where available) the day they come out. It isn’t yet clear whether this channel will cost more than a regular Luna+ subscription.

Stadia offers the better selection of games right now with significantly more titles to choose from, but we expect both libraries to expand over time. 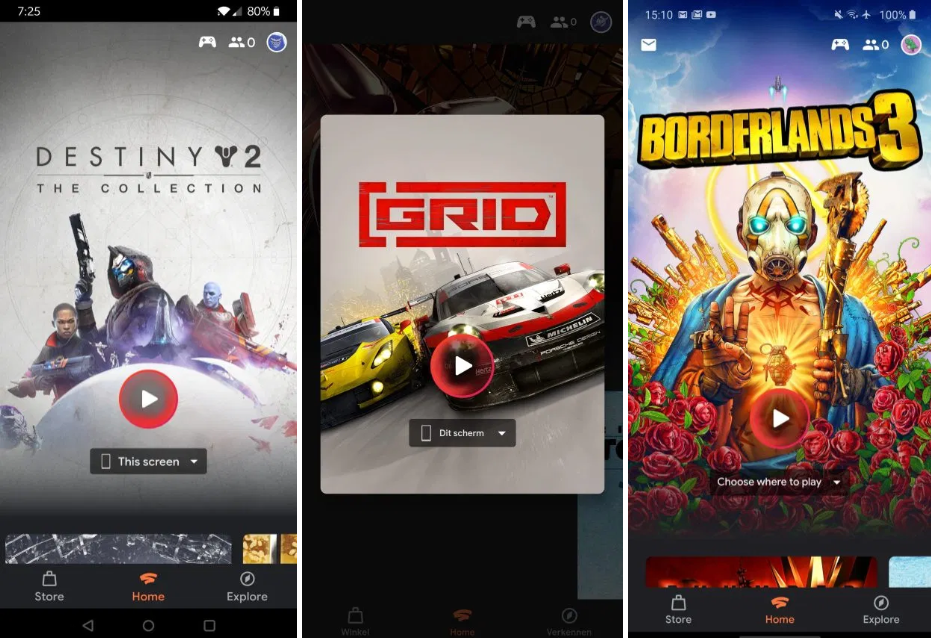 Amazon Luna vs Google Stadia devices – What devices are they compatible with?

Google Stadia can be played on a TV via Chromecast Ultra, on a computer, laptop or tablet via the Google Chrome browser and on your smartphone via the Stadia app. This makes the service incredibly versatile and allows players to move from device to device with a five minute changeover time and no need to save their progress.

Luna will be available on Fire TV, PC and Mac, as well as iPhone, iPad and Android via web apps. The Amazon streaming service will also allow gamers to begin playing on one device and pick up where they left off on the next. Because the Luna controller connects directly to cloud servers, you’ll even be able to switch your controller from device to device without repairing or making configuration changes. Luna will also allow users to access Twitch streams from Luna, and Luna games from Amazon-owned Twitch.

Both cloud gaming services offer TV, computer and smartphone support and allow players to switch between them near-seamlessly. Stadia suffered a number of blips at launch, but appears since to have sorted out its platform across devices. We have yet to see Luna in action so it’s difficult to crown it the winner just yet.

It isn’t easy to pick a winner, having not gotten the chance to test Luna out for ourselves yet.

At a glance, it looks to be a draw. Luna has the latency-reducing Cloud Direct technology and a more affordable subscription plan on its side, but Amazon’s subscription plan could become more expensive following its early access programme. Stadia, on the other hand, got off to a shaky start but has since fixed many of its issues and has a growing library of games available.

We’re excited to get our hands on Luna and find out for sure whether Amazon’s cloud gaming service can compete with Stadia or if Google is already ahead of the game. There’s also Xbox Games Pass to consider, which not only allows for cloud streaming but also provides access to a number of games at no extra charge outside of the monthly subscription cost.