Adobe has released the latest update to its Creative Cloud video and audio tools, including Premiere Pro, After Effects, Audition, Character Animator and Premiere Rush. Here are all the new features coming to your favourite editing apps today.

Premiere Pro and After Effects will now offer ProRes RAW support. The Pen tool in Premiere Pro will feel more familiar to Photoshop and Illustrator users with increased support for Bezier curves and greater precision when creating lines and shapes, while the app’s new Effect Filters will only show the edits and adjustments that you have made so you can focus on active effects. 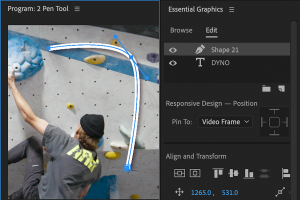 Auto Reframe is faster in Premiere Pro, too. The Adobe Sensei AI tool automatically reformats and repositions videos with different aspect ratios, making fitting your content for social media quicker and easier than ever.

Hardware encoding on Windows for H.264 and H.265 (HEVC) will speed up export times for NVIDIA and AMD GPUs, while support for audio files in Creative Cloud Libraries lets Premiere Pro users save, organise and share audio directly from the CC Libraries panel.

Adobe is introducing Tapered Shape Strokes to After Effects. With this feature, users can change the thickness of a line, create tapered, wavy, pointed or rounded strokes and even animate the strokes to create motion designs. The Concentric Shape Repeater introduces new parameters in the Offset Paths effect, allowing users to create multiple copies of a path that radiate in or out to create retro designs. 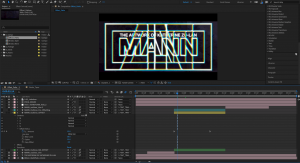 The Mask and Shape Cursor Indicators will let you know which tool you’re using to avoid mix-ups when creating shapes and masks.

Adobe Audition is getting an update too with improved support for Relink Media and Offline Files. It’s also getting Automatic audio hardware switching, a Mac only feature that allows the audio app to automatically update the default device field when you connect a new mic or headphones. Audition isn’t the only app anticipating this feature – other services include After Effects, Media Encoder, Prelude, Premiere Pro, Premiere Rush and Character Animator.

Speaking of Character Animator, the live animation tool will receive improvements to Audio Triggers and Timeline filtering to increase efficiency for animators. The new collection of background puppets allow users to trigger animations behind the characters, making scenery and the environment overall more engaging.

Finally, back camera switching on iOS lets users capture video directly in Premiere Rush, before automatically resizing that project to Facebook and Instagram’s 4:5 aspect ratio ready to be posted. Users can also import media in the Files app directly from the Premiere Rush media browser, making accessing a file easy whether it’s stored on the device or on the cloud.

“As we shift to a more frequent release schedule, our goal is to be more responsive to customers’ needs with a focus on stability and performance while continuing to deliver innovative new features to help video pros and social video creators maximize their creativity, wherever they are working”, wrote Adobe.