For the first time in almost a decade, there’s a chance Luis Suarez won’t emerge from a World Cup as its biggest villain, thanks to something called VAR technology. But what is VAR and what do World Cup fans need to know about the controversial technology? Our guide tells you everything you need to know about VAR.

This summer’s World Cup tournament will be the first to make use of VAR (video assistant referee), the system that caused so much confusion and unreasonable amounts of anger when it was tested − with much uncertainty at times − in the FA Cup last season. It has also been used in Germany and Italy.

Trials have shown that VAR works…except when it doesn’t. The system famously malfunctioned during the Australian A-League grand final in May, when it failed to spot a clear offside in the buildup to the only goal of the game. A software glitch was blamed for the error.

On the whole, though, it has helped referees make better decisions. However, as it’s still early days, the consultation process feels clumsy and needs to become a lot slicker.

Here’s everything you need to know about VAR’s role in the World Cup 2018.

Related: How to watch the World Cup in 4K HDR

Let’s start simple. The VAR team’s role is to support the decision-making process of the on-field referee in four very specific “match-changing” situations:

To be clear, the VAR team doesn’t make any final calls − it’s simply there to provide assistance. The ultimate decision lies with the on-field referee.

Only the referee can initiate a review, and there’s no time limit for the review process. What’s more, any original decision given by the referee will not be changed unless the video review shows that the decision was a “clear and obvious error”.

The IFAB’s Laws of the Game states that: “The referee and other match officials are not permitted to give ‘no decision’ as this will lead to ‘weak/indecisive’ officiating, too many ‘reviews’ and significant problems if there is a technology failure.”

However, assistant referees have been told to not to flag tight offside calls, as it (on paper at least) makes more sense to leave these decisions to the VAR team. 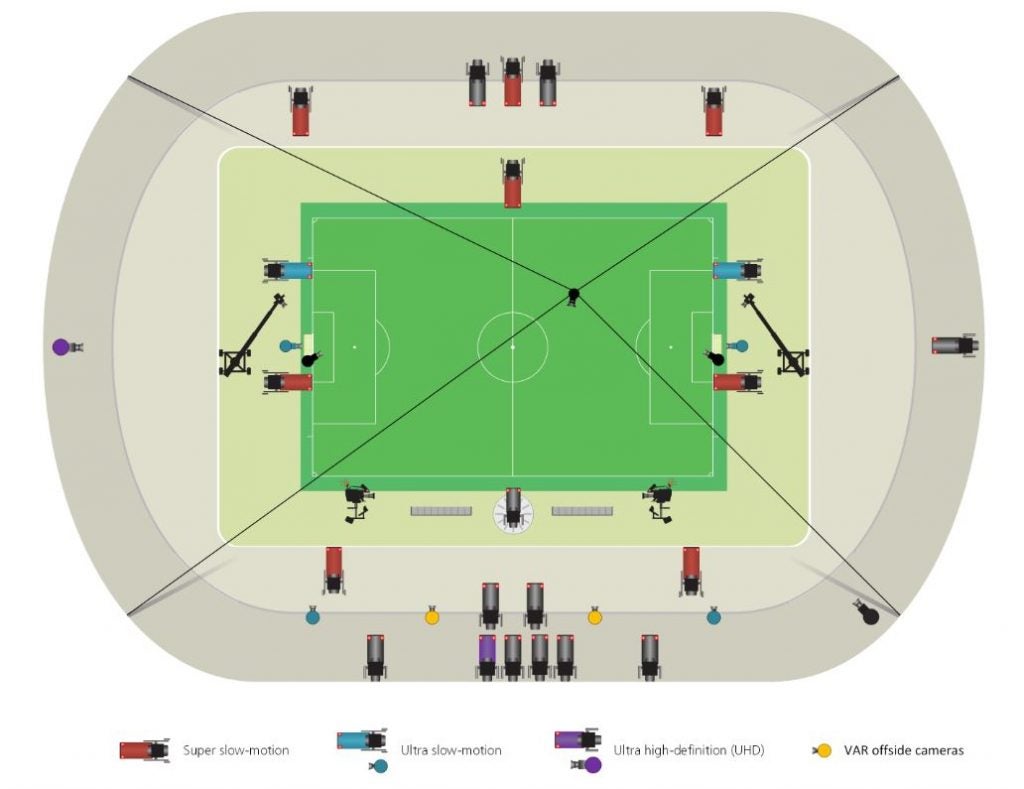 The main video assistant referee works alongside three assistants, and each member of the team has their own specific role to play.

The VAR, who’s responsible for leading the VAR team and communicating with the on-field referee (by pushing a special button, so the referee isn’t distracted by conversations taking place in the VOR), will have to follow the game on one monitor and check and review incidents on another, quad-split monitor.

The AVAR2, meanwhile, is dedicated to offside decisions. It’s their job to anticipate and check any potential offside situations, in order to minimise disruption to the game. 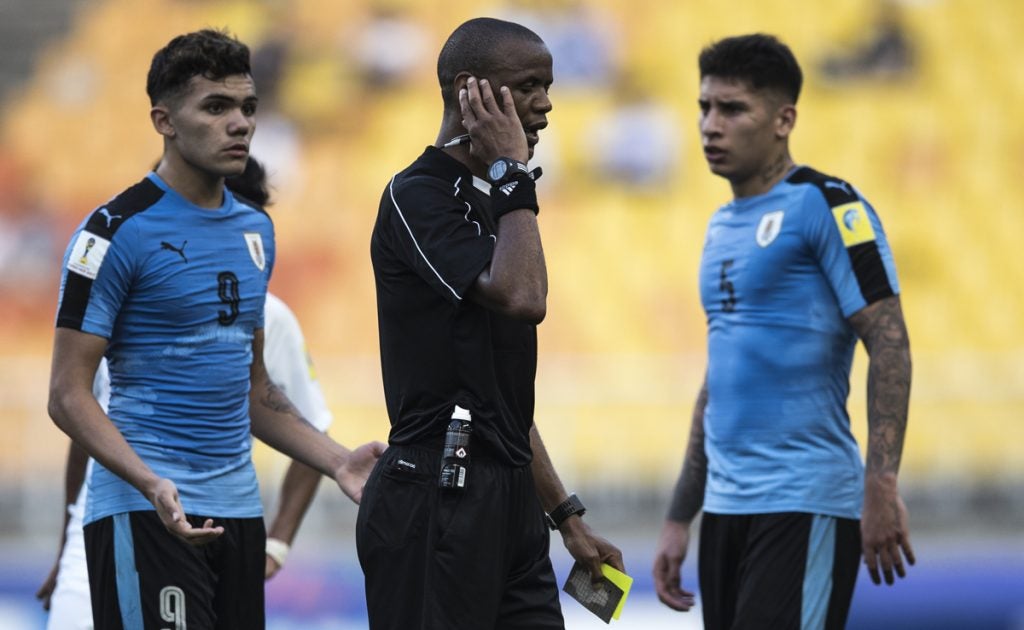 Referee Janny Sikazwe communicates with the video assistant referee during the FIFA U-20 World Cup Korea Republic 2017 Round of 16 match between Uruguay and Saudi Arabia at Suwon World Cup Stadium on May 31, 2017 in Suwon, South Korea

How will VAR reviews be decided at the World Cup 2018?

Here’s where things may get a little confusing.

The on-field referee can either decide to accept the information provided by the VAR team and make an immediate call, or review the footage themselves on a screen by the side of the pitch.

Oh, and by the way, the on-field referee can delay a restart at any time, in order to chat to the VAR. They’ll signal this by holding their hand to their ear. However, this doesn’t count as an official VAR review.

Before the referee, who has to remain visible during the entirety of the review process, reveals their final decision, they need to make the official VAR review signal again.

What will World Cup 2018 viewers see of VAR?

One of the biggest criticisms surrounding VAR, at least in the UK, has been that people in the crowd and viewers at home have found it difficult to understand what’s going on and why.

While that certainly rings true for people within the stadium, for viewers at home much of the confusion has been created by ill-informed commentators on more than one occasion.

Hopefully that’s less of a problem at the World Cup, with FIFA having developed a VAR information system for the tournament.

During each match, a FIFA staff member based in the video operation room, who has access to both the audio from the referee communication system and the camera angles the VAR is looking at, will tell broadcasters and commentators about the different steps of the review process, including information about the reason for the review and the outcome of the review.

The VAR information system will also be used to automatically create VAR-specific graphic templates (probably not the graphics seen above) for TV and the big screen in the stadium. The big screen will also show clips of the incidents that have been under review, but only after the referee has made their final decision and the match has got underway again.

What fans shouldn’t see is players or team officials trying to influence the referee’s decision by surrounding them and screaming out expletives.

What are your thoughts on video assistant referees (VAR) at the World Cup 2018? Share your opinions @TrustedReviews.