World Cup 2018 is drawing to its conclusion, and if you’re not planning to watch every single minute of every single remaining game, you need to sort out your priorities. And there’s no need to fret if you haven’t managed to snag tickets to either an actual game or a screening. If you’ve got access to a 4K HDR-ready TV, your football viewing experience could be better than it’s ever been before.

Here’s everything you need to know about watching the World Cup 2018 in 4K, including details of how to watch BBC iPlayer 4K World Cup live streams.

If you’ve got a shiny new 4K and HDR TV, we’ll talk you through how to make use of experimental high-quality footage. If not, we’ve got some settings tips so you can make the most of your existing telly as well as World Cup 4K live streaming advice. 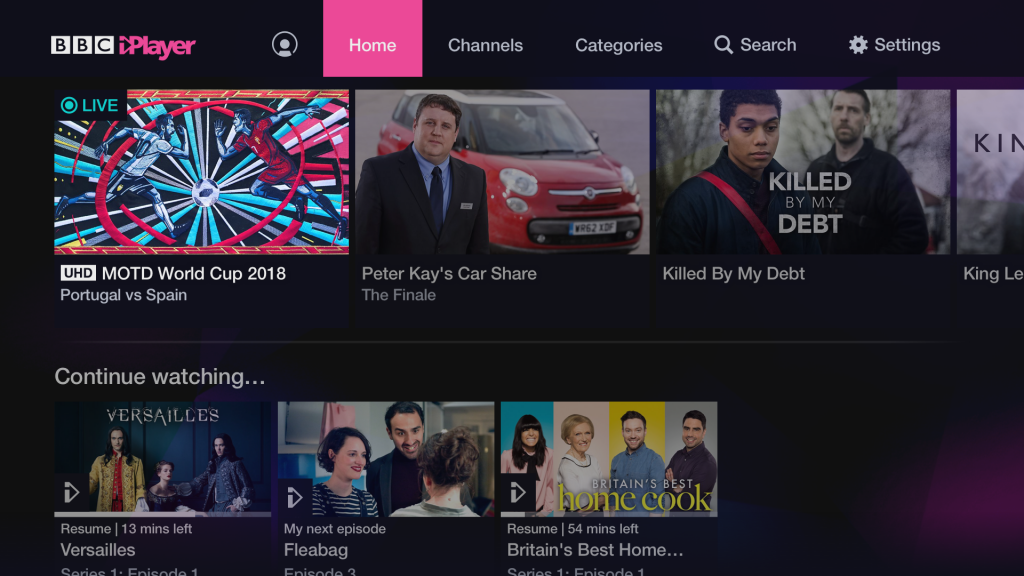 How to Watch the World Cup in 4K HDR: Everything you need to know

So, the FIFA World Cup 2018 is being broadcast across the BBC and ITV, who are sharing the rights. Most people can easily access the regular and HD broadcasts on their TVs.

But the BBC is also experimenting with 4K and HDR via streaming, on its iPlayer app, for 29 of the 33 matches it’s showing. There’s a catch though. There are various hoops to jump through.

First, you’ll need a compatible 4K HDR TV. The BBC iPlayer help pages will show you all the right models.

Then you’ll need a good enough internet connection. Hard-wired Ethernet is better than Wi-Fi, but either way the BBC recommends at least 40mbps.

Got all that? Then you’ll need to go into the iPlayer app as the coverage of the match is starting. You should see a promo box labelled ‘UHD’. Click on that.

You’ll need to be on the ball though – the 4K HDR stream is only available to “tens of thousands” of users at at time. So remotes at the ready, or you might miss out. 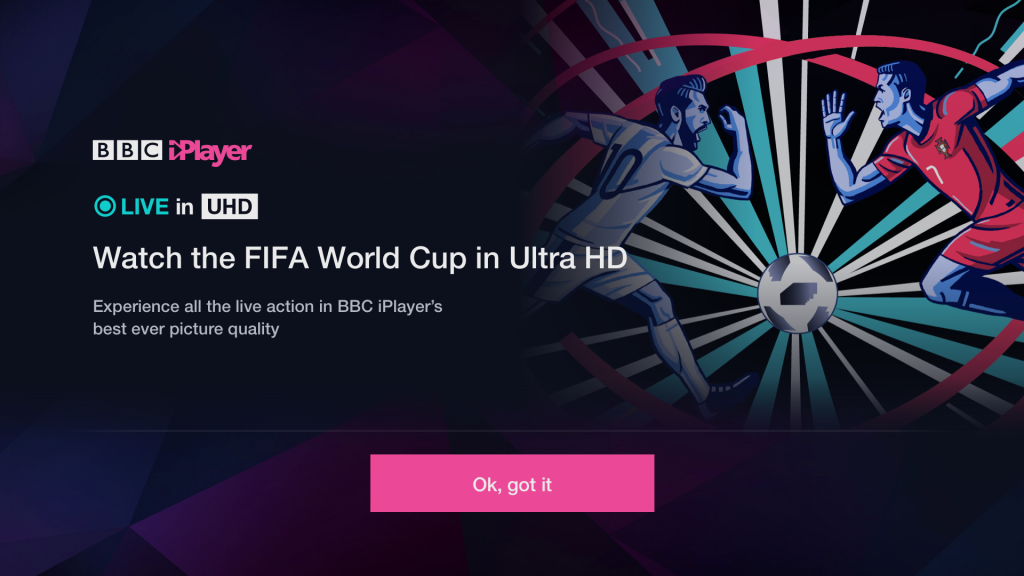 Early feedback from viewers on the BBC’s 4K iPlayer World Cup live streams was very mixed, with some saying the coverage had been perfect, and others complaining about a range of streaming issues.

However, according to a poll that Trusted Reviews ran on the site in partnership with Apester, the quality of the Beeb’s 4K HDR streams has rapidly improved.

The vote looked completely different during the first few days of the poll, however, with a far greater share of voters reporting streaming problems back then.

The most common early complaints were as follows:

Related: What is VAR at the World Cup?

With this being a trial, bugs were always to be expected, and the BBC was aware of them straight away.

“Thousands of people are taking part in and enjoying our stunning Ultra HD and HDR trial on BBC iPlayer,” a BBC spokesperson told Trusted Reviews shortly after the start of the tournament. “One of its aims is to gather feedback so we can improve the experience for audiences, which we’re already doing based on what we’ve seen so far.”

Our findings suggest that the 4K HDR live streams have improved as the tournament has progressed, and we asked the BBC for an update on how the trial is going so far.

“We don’t have much to share right now – as mentioned before, our focus is on delivering these trials for the World Cup (and now Wimbledon), gathering feedback and improving both the audience experience and our systems as we go,” the Beeb told Trusted Reviews.

“We hope to share more detail once the trials are over though, when we have all the information we possibly can.”

The BBC iPlayer app is available on nearly all modern media devices, though whether or not you can watch a 4K World Cup live stream is another matter. Most recently, iPlayer got 4K support on the PS4, though there’s still no HDR option on the console. There’s also no word yet on whether or not the same update will come to the iPlayer app on the Xbox One.

Want to check out what iPlayer has to offer this World Cup? Just head over to the BBC’s iPlayer downloads page and navigate to your chosen mobile OS, or access iPlayer via the web here. Those of you with set-top boxes and consoles should be able to find it easily by searching your device’s app store. 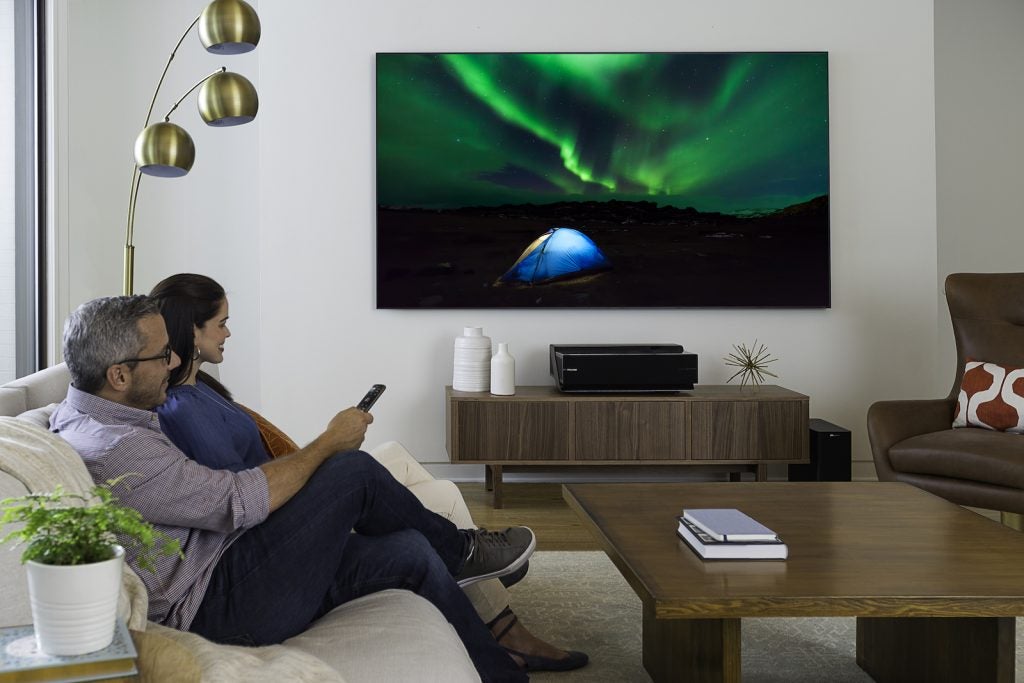 What are the best settings for watching football? This is a lot more straightforward than you might think. Most TV manufacturers’ factory presets are actually pretty good these days, so there’s very little that you’d have to do.

The most effective thing you can do is to turn on motion processing. Different manufacturers use different names for it. Sony calls it MotionFlow, LG calls it TruMotion. This makes the picture move more smoothly and reduces judder. That’s great for sports, but remember to turn it off for normal viewing, or else your films will have the glossy look of a soap opera.

Elsewhere, it’s worth looking at the picture mode. Standard mode or Cinema mode (also known as Movie) tend to be the most accurate for colours. The one thing you shouldn’t do is use the TV on Dynamic or Sports mode, even if that sounds counterintuitive.

Sports mode does ramp up the brightness, contrast and sharpness, but it tends to overdo things. The grass often appears neon green and skin tones are exaggerated to the point that some people look a little ill. If you want a little extra punch, it’s better to manually nudge the brightness and contrast a little.