We all hate wires, right? So do the good folk at Taiwanese manufacturer ZyXEL, who have conjured up a snazzy HDMI kit that beams full HD video from a variety of sources to a TV elsewhere in the room. 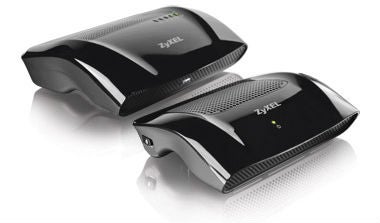 It means that your Blu-ray deck, games console and TV receiver don’t have to be placed near your TV, reducing clutter and the number of cables dangling down behind it – particularly helpful if your screen’s mounted on the wall.

The system comprises a transmitter, a receiver, a remote control and a power adapter for each unit. You also get two HDMI cables in the box and a wall-mount bracket. The transmitter is slightly larger than the receiver, measuring 181 x 156 x 57.6mm, and boasts a surprisingly  attractive design for an ostensibly workmanlike product. Its gloss black finish and slinky curved bodywork are hugely appealing and won’t look out of place plonked on top of a hi-tech Blu-ray deck.

It looks great then, but build quality isn’t as solid as we’d expect at this price. Both the transmitter and receiver are remarkably light, and the bodywork is on the plasticky side. A sturdier metal case would have been preferable, but it’s not a deal breaker.

Around the back are four HDMI inputs, which should cover most people’s collection of HD devices. All of these inputs are v1.4a, which means they’ll support any resolution all the way up to 1080p 3D. The system can cope with frame sequential, side-by-side and top and bottom 3D signals.

Next to the inputs are a power switch and a button that lets you toggle through the sources without the remote to hand. On top of the transmitter is a row of lights indicating which HDMI input is currently in use.

The receiver is aesthetically similar to the transmitter, minus the lights on top, and measures 148 x 118.6 x 44.7mm. It sports a single HDMI v1.4a output, on/off switch and power input, with a small light on the front to indicate a connection. Thanks to the wall bracket in the box, you can stick it on the wall next to a wall-mounted TV (the receiver faces downwards to sit flush to the wall) but will be equally at home sat horizontally on a tabletop.

Because the WHD6215 uses the WirelessHD 1.0 standard, it handles transfer rates of up to 4Gbps and operates at a frequency of 60GHz, which is currently unique and should give it an advantage over systems that use the usual 2.4GHz frequency in terms of reliability and sidestepping interference – but not transmission range.

The signal range is up to 10 metres (30 feet), which is fine for use within the same room with line-of-sight between the two units, but this short range, combined with the way the 60GHz band works, rules out beaming HD signals around the house.

Not only does the WHD6215 support 1080p 3D pictures, it also handles 7.1-channel and two-channel LPCM, as well as Dolby Digital and DTS signals between (two to six channels) and CEC functionality.

Setting up the WHD6215 is simple. There’s a real plug ‘n’ play feel when connecting your kit and switching between them couldn’t be simpler. A small, slim remote is included in the box that features just four buttons – one for each HDMI input labelled 1, 2, 3 and 4 – plus a power-saving standby button. 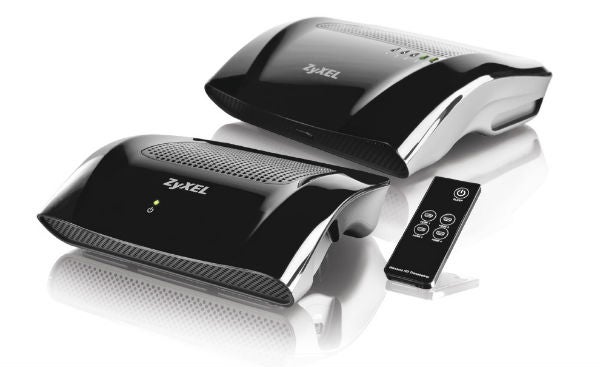 We hooked up a Sky HD receiver and 3D Blu-ray player to the transmitter in a living room roughly five metres from the ZyXEL receiver, which was hooked up to a 55in Samsung TV.

At first the two units took a moment to lock on to the signal, requiring a reboots of the Blu-ray player and transmitter, but once sorted the system delivered a solid, reliable connection no matter how many obstacles and bodies we threw in its way.

First up it handled the 1080p 3D signals of Thor on Blu-ray with no trouble at all. The picture is as crisp and clean as it would be with a direct HDMI connection, with no break-up or interference, and you lose none of 3D’s immersive impact. Every last pixel of the movie’s intricate CG detail is reproduced with pin-sharp clarity and colours maintain their smoothness and natural fidelity.

After flicking to Sky on another input we got more of the same, with pictures from BBC HD looking every bit as clean and sharp as they do over a traditional wired connection.

To test out its range we then took the receiver upstairs and hooked it up to another TV in the bedroom, and as expected it didn’t want to know. The receiver’s light just blinked continuously to denote no connection. That’s because the 60GHz band used by Wireless HD usually requires line of sight between transmitter and receiver, and it’s not designed for use over distances longer than 10 metres. 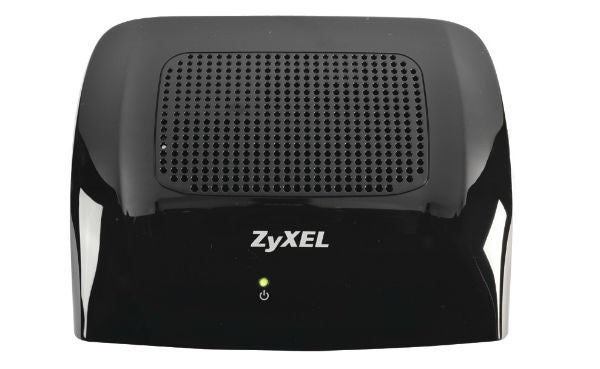 Verdict
The WHD6215 does exactly what it says on the tin, beaming high-definition signals to your TV on the other side of the room without fuss or interference. The transmitter and receiver form a solid, reliable connection that results in picture and sound quality that’s identical to that of a regular wired connection. It’s the ideal solution if you have mounted your TV on the wall and only want a single HDMI cable connected to it, and with four HDMI inputs there are more than enough connections for most AV systems.

That said, the inherent limitations of the Wireless HD standard rule out using this system to beam HD to other rooms around the house, which might come as a disappointment to some. It’s also rather expensive for something with such a specific use. But when it comes to its core job, you can’t deny that the WHD6215 does it very well indeed.