What is the XTZ Cinema Series?

The Cinema Series is a range of speakers from Swedish brand XTZ, which is causing a bit of a buzz among the hi-fi and home cinema community with its promise of high-end sound at relatively low prices. Granted, £3k might not sound low, but when you look at the technology used and hear them in action, you soon realise you should be paying a heck of a lot more.

Manufactured in Sweden and Asia and distributed in the UK by Epic Home Cinema, the system comprises three M6 speakers for the front left, front right and centre (£599 each), two S5 hybrid dipole surround speakers (£900 a pair) and the SUB 1×12 subwoofer (£675).

It’s not your everyday run-of-the-mill system – each speaker boasts a unique driver configuration, a host of unusual features and heavyweight construction, all designed to deliver what XTZ describes as “superior theatre sound… with the best performance/cost ratio in the industry.” Let’s find out what all the fuss is about. 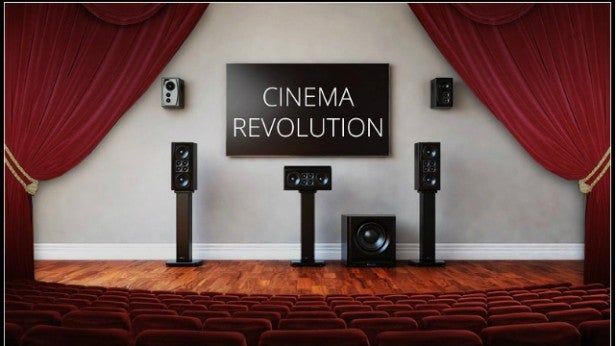 Unpacking the speakers is a physically intimidating experience. This is not a pretty-pretty lifestyle system designed to blend in with the other half’s carefully-arranged décor – it’s a chunky, imposing speaker package destined for a dedicated cinema room. We’ve seen coffee tables smaller than the subwoofer.

It is, however, a handsome system and the M6 looks like it means business. It stands 440mm high by 230mm deep and is finished in eight layers of matt-black polyurethane paint to eliminate distracting reflections from TV screens and projectors (a no-no for home cinema). Each one comes with a magnetic grille that snaps satisfyingly onto the front. Without it, your eyes are drawn to the piano black baffle housing the two woofers and four tweeters (more on those later). 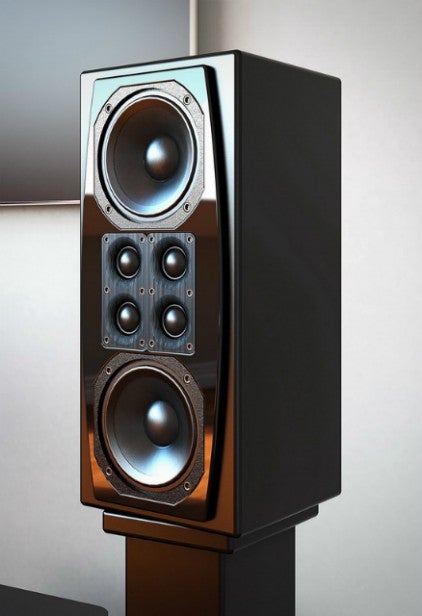 Cabinet build quality is phenomenal – the sturdy high-density fibreboard and internal bars offer the sort of robustness that could stop a truck in its tracks. Give it a tap on the side and it’s completely dead like a thick slab of oak. The edges and corners are curved and there are no visible seams or joins, just a solid 9kg chunk of speaker. 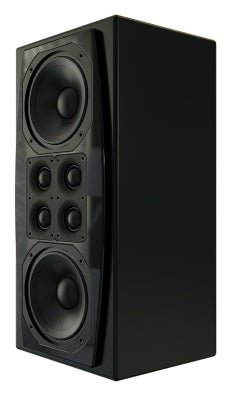 But the most unusual thing about the M6’s design is the angled front section, which toes them inwards even when the backs are flush against the wall. That means the drivers are angled towards the listener without encroaching on your space (there are dedicated left and right M6s). The trapezoid shape also reduces internal reflections and optimizes cabinet stability.

You can mount them on optional matching stands or hang them flush on the wall using a £20 kit that leaves enough space to feed cables through. Flush wall mounting is made possible by the M6’s sealed cabinet, which means there are no rear ports to worry about. The two pairs of gold-plated binding posts on the back of each speaker allow them to be bi-wired. 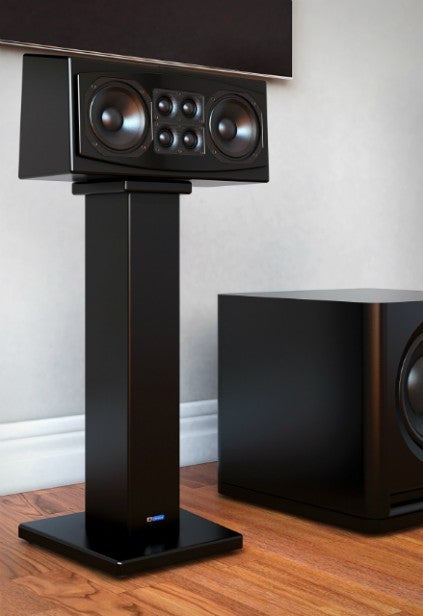 The M6 is also used as the centre speaker in this system and can therefore be laid on its side. When you do so, the angled front panel directs audio upwards towards the listener. 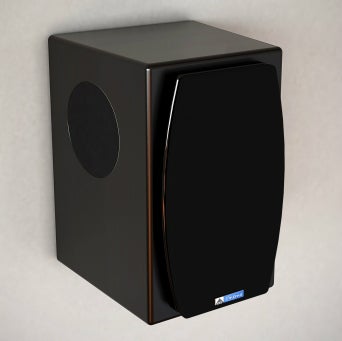 The S5 shares most of the M6’s design features – matte paint, magnetic grille, robust HDF cabinet – but as it’s a dipole speaker the angled sides are each fitted with a 3-inch wideband driver. At 282mm it’s shorter than the M6 and therefore a little easier to mount on the wall in the optimum position, but again optional stands are available.

Finally we come to the 1×12 subwoofer, which is an absolute monster. The trapezoid-shaped cabinet measures 450mm high by 475mm deep and at 28kg it almost gave us a hernia hauling it out the box. 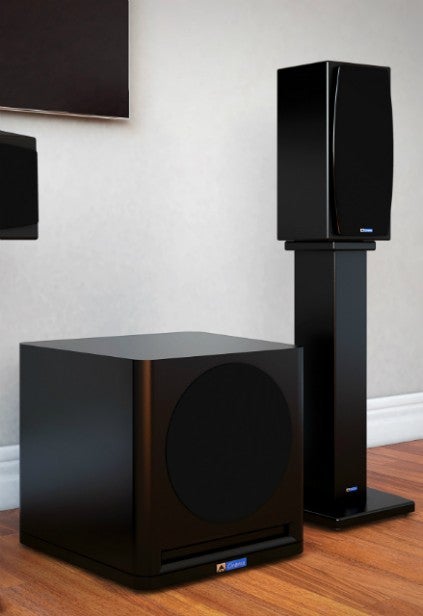 On close inspection it’s a fantastic feat of engineering, built like a bomb shelter from 18mm MDF (coated in eight layers of hand-rubbed satin black paint) and internally reinforced with 40mm-thick bracing. Again it’s not pretty but it’s more concerned with delivering maximum bass devastation than looking good in the living room.

Here we find XTZ breaking even more ground. Uniquely, the M6 uses four 1-inch soft-dome tweeters arranged in a square within the 9mm aluminium baffle – XTZ says the benefits of using four tweeters are high power handling, high sensitivity and low distortion. To avoid interference three of the tweeters are rolled off at 3kHz, leaving only one of them to continue up to 20kHz. 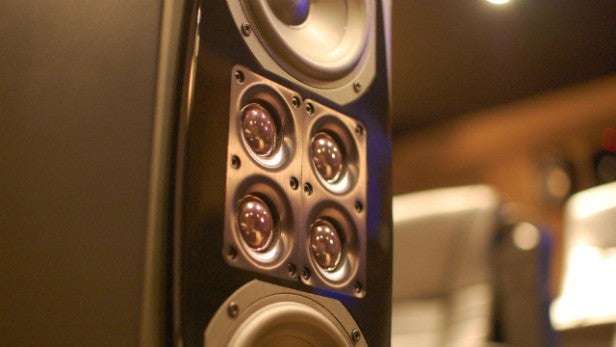 These tweeters are positioned between two 5.25-inch woofer cones in a midwoofer-tweeter-midwoofer (D’Appolito) arrangement, which improves sound quality through higher sensitivity and lower distortion. The use of four tweeters means the crossover to the woofers can be lowered to 1.2kHz, avoiding the midrange break-up point and resulting in lower distortion.

The S5 uses a 4-inch woofer and two 1-inch soft-dome tweeters (placed off-centre) on the front panel, with a 3-inch full-range driver mounted on each side. 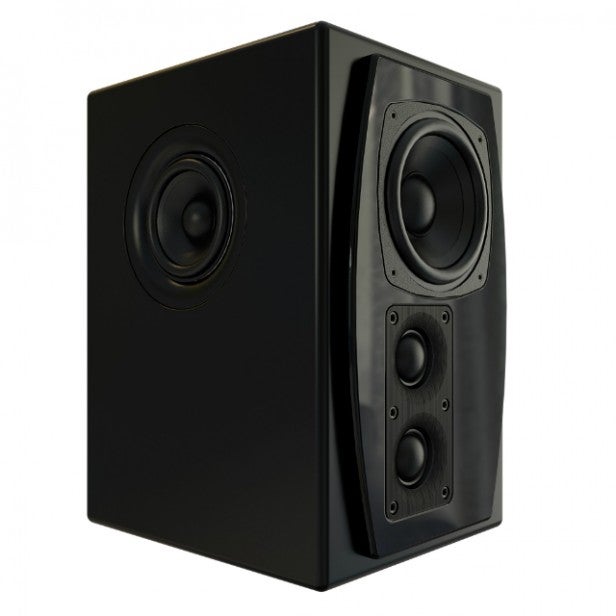 But the best part about the S5 is its unique hybrid design, which gives you real flexibility when setting up. It can be used in three different ways – front-firing, Dipole or Dipole 3X.

In front-firing mode the S5 works like a regular speaker, providing directional sound from the front woofers and tweeters. Dipole mode uses the side-firing drivers to offer a spread of sound in two directions, theoretically resulting in a more diffuse, immersive sound where it’s harder to tell where effects are coming from.

Dipole 3X uses a combination of the two, emitting sound in three directions from the side and front-firing drivers. That way you get the best of both worlds – clear, directional surround effects supported by a diffuse spread of sound. These modes are selected by wiring up the four binding posts on the back in different ways using the metal bridge. 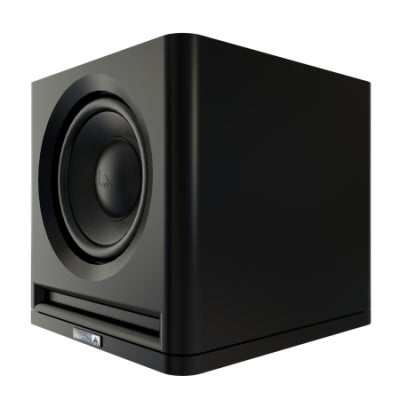 The 1×12 subwoofer is so named because it uses a single 12-inch driver, driven by a 500W Class D Claridy amplifier. A foam plug in the front slot vent makes it a sealed box design, but it turns into a bass reflex system if you remove it.

Its performance can be tweaked using a wide range of controls on the rear panel, which include crossover, phase, bass level and two EQ modes – Anechoic and Room Gain. Sockets include two RCA line inputs and XLR in/passthrough.

The M6 is an immensely powerful, direct and articulate speaker. With three of them across the front you get spectacular dynamics, clear, life-like dialogue and a wealth of detail. This could be the closest we’ve come to a real multiplex experience from a home cinema system, and the fact you’re paying just over £3k for the privilege is remarkable.

With Godzilla on Blu-ray (DTS HD Master Audio), the system has no trouble replicating the movie’s enormous scale with its huge room-engulfing soundstage. Extraordinary set pieces like the MUTO’s escape from the nuclear power plant or the exploding planes at Honolulu airport are riotously exciting thanks to the M6’s sheer assertiveness. 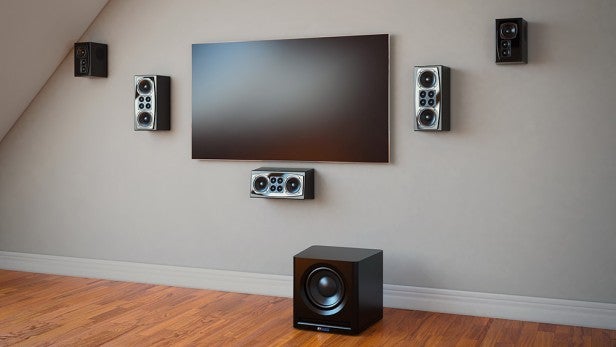 But even more crucial to the system’s sense of scale is the potent yet expressive subwoofer, which digs deeper than any other sub we’ve heard at this price. The atomic explosion that concludes the opening credits is accompanied by a thunderous squall of sub bass that penetrates deep into your chest.

In fact, any scene with lots of low-frequency information is a real treat. The low chug of machinery, thudding helicopter blades, electromagnetic pulses and earthquake tremors are all conveyed with incredible slam and detail.

At the other end of the spectrum, the quad tweeters reproduce sweet, clean treble, demonstrated most clearly by Alexandre Desplat’s score – they effortlessly tease out the top edge of the driving percussion and dramatic brass licks.

They also lend gorgeous texture and atmosphere to quieter scenes. In the Army control room, details like clopping footsteps and rustling papers dance around in the background. In the midst of big action scenes, explosions have a crisp, controlled leading edge.

The hybrid surround speakers are a stroke of genius. In Dipole 3X mode, the S5s deliver a convincing sense of 360-degree immersion, while retaining the clear separation and accurate placement of front-firing speakers. As a result, helicopters (which are a constant presence in the film) pass between channels seamlessly, but when they reach their destination you know exactly where they are. It’s one of the best surround innovations we’ve heard.

And of course the system boasts all the other qualities you expect at this price – water-tight cohesion between the sub and speakers, tonal uniformity across the entire system and a complete refusal to sound harsh or strained no matter how far you twist the volume dial.

As its name suggests, the Cinema Series is movie-focused, but it also does a fine job with music. With a jazz rendition of What The World Needs Now Is Love by Atagiin on DVD-Audio (48kHz/24-bit), the system mesmerised us with the warm, sumptuous piano chords and deep, agile double bass. The quad tweeters tease out gently brushed cymbals and every twang of the bass strings.

Because the M6 speakers don’t go any lower than 75Hz, you need the subwoofer to reach the very lowest bass frequencies (XTZ recommends as much) which might be an issue for hi-fi purists, but even without it bass performance is hugely impressive. 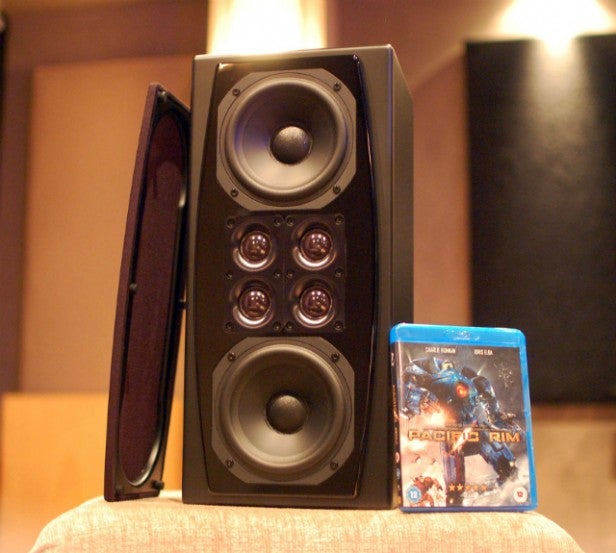 Should I buy the XTZ Cinema Series?

XTZ’s Cinema Series is a sensational speaker system that will be adored by anyone who’s serious about home cinema. Build quality is of the highest order and it’s packed with unique, innovative design features – such as quad tweeters and tri-direction dipole speakers – that don’t just look good on the spec sheet; they actually work.

But most importantly, the Cinema Series’ powerful, articulate and large-scale sound will absolutely blow you away. Because it’s designed with movies in mind, it handles film soundtracks with the sort of muscle and authority missing from most ‘hi-fi-centric’ systems, plus the hybrid surround speakers create a wonderfully immersive soundstage without sacrificing positional accuracy.

But we know what you’re thinking – the price. To put it in context, the XTZ’s build, design, features and sound quality are commensurate with a system costing thousands more, so anyone with £3k to spend on a speaker system will get a lot more than they bargained for.

XTZ’s gobsmacking 5.1 speaker system is packed with innovation, is beautifully engineered and sounds fantastic – and best of all it costs much less than you’d normally pay for a system of this calibre.