The Xiaomi Mi A3 is a good choice for an affordable phone, especially if the camera is your priority and you want regular software updates. But if you like watching videos, you could look elsewhere because the screen isn’t up to the highest standards.

The Xiaomi Mi A3 aspires to be more than a mere budget phone, incorporating premium touches such as an in-screen fingerprint scanner and an IR blaster, not to mention its main selling point – the triple-lens camera. While it gets a lot right, from the battery longevity to camera performance, its achievements have been made at the cost of higher screen quality.

Design  – The Xiaomi Mi A3 looks premium, if a little inconspicuous

The Xiaomi Mi A3 is a fairly large phone, with a screen that measures 6 inches. The rear panel, though plastic, looks good thanks to a glossy finish. Three cameras are present on the back of the handset in a vertically aligned module, while a selfie camera is housed in the teardrop notch at the top of the screen. The notch isn’t all that subtle, but isn’t particularly invasive when watching full-screen videos.

Inspect the sides of the phone and you’ll find several welcome hardware inclusions: a 3.5mm headphone jack, an IR blaster, a microSD card slot, and a USB-C port. Conspicuous by its absence, however, is a fingerprint scanner — that’s because it’s integrated under the screen, much like more premium devices. It’s handy if you want to unlock your device while it’s lying flat on a surface, but it does take noticeably longer to unlock than a traditional scanner.

Overall, it’s a device that looks just fine, though not distinctive, and offers the user a welcome versatility that’s missing even from some flagships. 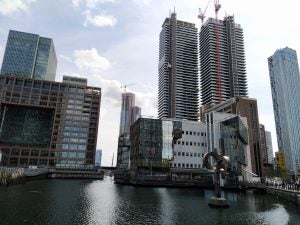 The camera produces pleasingly well-detailed images. Pinching and zooming on your images will still show sharp edges. Night mode significantly reduces the blown-out lights that you otherwise get, but detail is compromised significantly. 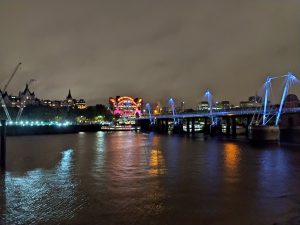 HDR can tend towards overexposure, but can give a more pleasing appearance for those who prefer brighter images to the dull, shadowy realism that prevails otherwise. The selfie camera is impressively sharp, and Portrait Mode accurately cuts out the subject and blurs the background for that crowd-pleasing ‘popping’ effect. 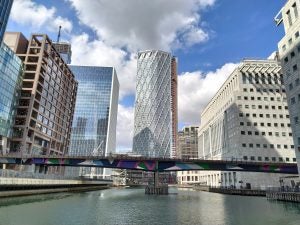 Software – Android One gives the Xiaomi Mi A3 a clean-cut, pure Android experience

The Xiaomi Mi A3, like all previous entries in the series, runs Android One. This interface strips out all but a few manufacturer apps and offers a very pure Android experience, without the bloatware that can hinder (but occasionally help) your daily experience with the phone.

While some users might be accustomed to the skins developed by various other manufacturers, an undisputed advantage of running pure Android One is that it guarantees software and security updates for years after – a strong selling-point for cheaper phones that often get overlooked for updates.

The clean-cut approach works well for the most part on this device, with only two non-Google apps installed after setup, but the minimalist dogma is taken to an almost masochistic extent when there’s no pre-installed app to use the phone’s IR blaster as a remote control.

In our review of the Xiaomi Mi 9, we recognised that MiUI is certainly not to everyone’s taste, so the adoption of Android One is likely to be a benefit overall, thanks especially to that longer-term software support.

While it might not catch the headlines in the same way as the triple camera, the battery on this device is just as worthy of praise. With a considerable 4030mAh battery, this phone can last you a long time. After an hour watching YouTube videos, the battery was dented by 8% and an hour of demanding gaming took only 12% off the battery.

In our experience, with moderate usage you could get as much as two days out of out this phone.

Wireless charging is not enabled, as you’d expect on a phone of this price. Fast-charging of up to 18W is possible, but curiously the phone is only boxed up with a 10W charger.

The screen measures 6 inches, which is a good size for watching videos; but unfortunately it’s let down by the 720p resolution. It’s not the sharpest display around, and while you’d have to look very closely to spot any actual blurring it is noticeable that images are less sharp and the subjects don’t pop out of the screen in the same way they do on a higher resolution display.

Brightness is just as underwhelming as the resolution, never hitting the heights that you’d expect of most phones.

The upside of these compromises is that they help the Mi A3’s battery go even further. The obvious downside is that videos and games look underwhelming. You’ll likely notice these differences if you’re used to a high-end display.

Performance – Good day-to-day power, but the Xiaomi Mi A3 isn’t a phone for gamers

With a Snapdragon 665 processor, this device is firmly in the mid-range of the market. System navigation runs smoothly, perhaps aided by the clean interface and undemanding screen, but there can be some lag on powerful games like Asphalt 9 at particularly demanding moments.

Apps such as YouTube and Google Maps run well, however, and we noticed no problems when multi-tasking between several different apps.

If you’re a keen gamer, or if you want to rest assured that your phone will handle everything you throw at it in a few years’ time, then it might be worth considering a more powerful device. But most users will be served well by this processor.

Should I buy the Xiaomi Mi A3?

This phone gets almost everything right for the price, including a good camera, a user-friendly interface, decent performance and a strong battery. But the drawback is the disappointing screen.

If you love using your phone to watch videos, this could be a deal breaker. But if you prefer taking snaps or reading text on your device, the Xiaomi Mi A3 will be a reliable handset for you.

The Xiaomi Mi A3 is a good choice for an affordable phone, especially if the camera is your priority and you want regular software updates. But if you like watching videos, you could look elsewhere, because the screen isn’t up to the highest standards.