Microsoft’s IFA 2018 stand didn’t contain much in the way of surprises, but we were pleased to be able to get an early look at the Xbox Adaptive Controller, ahead of it going on sale.

Aimed at gamers with limited mobility, the Xbox Adaptive Controller features the same controls you’d get on any other Xbox One controller with large programmable buttons, mapped to ‘A’ and ‘B’ by default, front and centre.

The Controller acts as central hub to which you can attach a number of peripherals, letting gamers tailor the controls to better suit their needs.

‘Round the back, there are 19 3.5mm ports to which you can connect controls like switches, extra large buttons, pedals and proximity sensors. Each port corresponds to one of the functions of the Xbox One controller, and everything can be easily re-mapped by using the Xbox Accessories app for Windows. Better still, the app saves the controller layouts you’ve created, letting you customise, save and switch between mapped controls on a per game basis.

Maxi Gräff, Marketing Communications Manager for Xbox told Trusted Reviews that the initial idea for the Adaptive Controller came out of one of Microsoft’s week-long internal hackfests back in 2015.

Funded by Microsoft, the Adaptive Controller was worked on since then in close collaboration with five charities and support groups from across the world, including the UK’s SpecialEffect.

George Dowell, one of Special Effect’s beneficiaries, tested the new controller ahead of its release. Dowell, who has lost much of the use of his hands due to a spinal injury, said: “The compatibility with the Xbox is great and you haven’t got to worry about unplugging it and plugging it back in to get it to work. The ability to switch between button layouts for different games also saves a lot of time.” 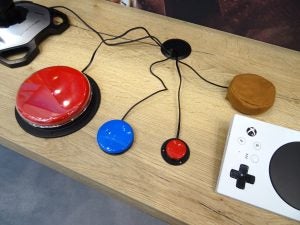 The Adaptive Controller comes in the same classic Xbox One white plastic, while buttons and controls are made of the same glossy black and textured grey materials.

The main buttons are sturdy and responsive while additional controls like the D-pad and the Xbox button look and feel exactly like they do on the Xbox One controller. Two AMPS-compatible screw mounts mean the main hub can be easily attached to the arms or footrests of chairs, so the two main buttons can be used as either buttons or pedals.

In addition to the 19 3.5mm ports, there’s two Type-A USB ports, one on either side of the Xbox Adaptive Controller. This lets you connect things like the PDP One Handed Joystick or the Logitech Extreme 3D Pro, in addition to AbleNet peripherals, which are sold in the UK via Inclusive Technology.

The single Type-C USB port on the rear connects to your Xbox One (a nine foot USB-C cable is included in the box) although you can also use Bluetooth if you prefer, which has the advantage of keeping the USB-C port free for battery charging purposes.

The Adaptive Controller itself comes with a lithium-ion battery. At the time of writing, we weren’t able to get any more details on the size of the battery, or how many average gameplay hours a single charge would support. 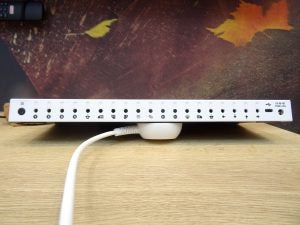 The Xbox Adaptive Controller costs £74.99 in the UK, €99 in most EU countries and $99 in the United States and can be ordered now.

The mains adapter for the Xbox Adaptive Controller costs $19.99 in the U.S., but at the time of writing, it does not appear to be available to buy in the UK or other European countries.

The PDP One Handed Joystick for Xbox One does not yet appear to be available to buy in the UK or Europe, but it’s on sale now in the States for $19.99.

AbleNet controls sold by Inclusive Technology include the Jelly Bean Twist Switch (£37 each), the Specs Switch (£38 each or £130 for four).

The Logitech Extreme 3D Pro costs around £40 and is available from most online retailers. 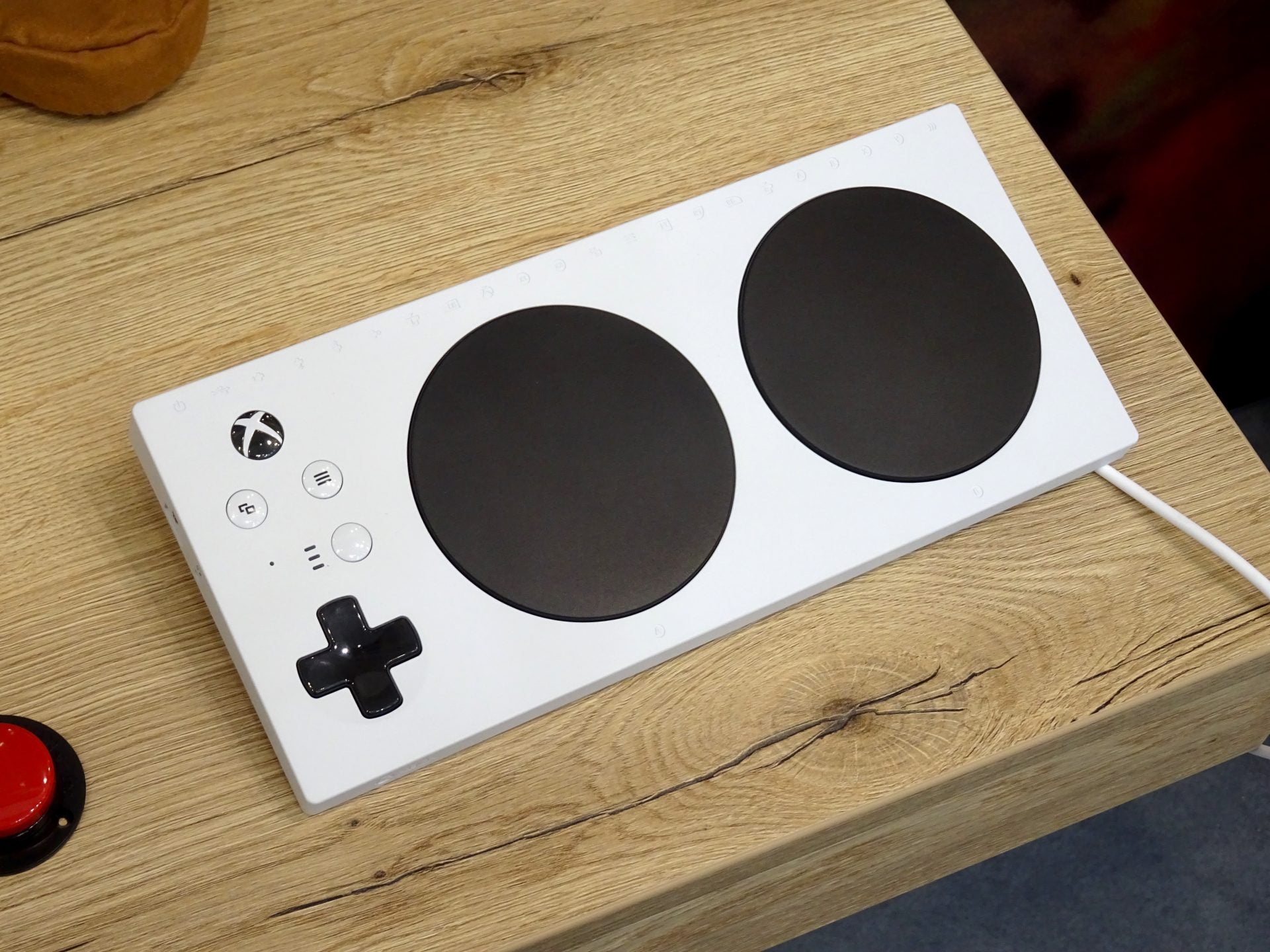 The Xbox Adaptive Controller was released on Tuesday, the 4th of September.

Sadly, the model I saw at IFA 2018 was not hooked up to a console, so I was unable to see how it performed and I am not the intended market for the Xbox Adaptive Controller, and therefore would have little of practical insight to add at any rate. Nonetheless, I am impressed by Microsoft’s dedication to improving the accessibility of the Xbox One.

The ability to create controller profiles for each game is clearly a smart touch. Again, not being able to see this in action renders my observation a little moot, but based on the feedback Microsoft has received from its testing partners, I’m confident that this is easy to do. I hope that Microsoft continues its work with charities including Able Gamers, AbleNet, Warfighter Engaged, Cerebral Palsy Foundation, and particularly for gamers in the UK, SpecialEffect.