Throughout its sixteen year history (we know – it doesn’t half make you feel old) Wipeout has been a game much imitated but never bettered. Its ludicrously speedy anti-grav racing, its collision of clubland and sci-fi aesthetics, and its carefully picked dance soundtracks once helped transform the console market, and still make it a vital brand for PlayStation today. Its presence on Vita at launch feels like a statement of Intent. Look, it seems to say, your tablet or smartphone can give you all the tilt-controlled futuristic racers you might want, but only Vita can give you the real deal. This isn’t some ropey, half-arsed, cheap imitation of a classic, but a thoroughbred Wipeout experience from nosecone to jet-streaming tail. 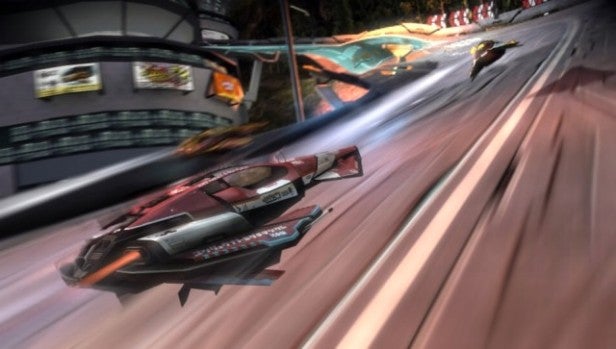 In a way, it’s more of a prequel than a reboot, with the idea being to take anti-grav racing back to its earliest days. The courses are set in a near-future version of New York City, with the tracks overlaid and wound around the existing streets and landmarks. It’s an interesting departure from the neon futurism of the PSP’s Wipeout Pure and the PS3’s Wipeout HD, but one of the few ways in which the game messes with the successful formula.  This is less a reinvention than a celebration.

Graphically, it’s another Vita stunner. While it’s mildly disappointing that Wipeout 2048 runs at 30 rather than 60fps, it still feels fast and fluid, while lavish effects and superb visual detail make for an experience that can be overwhelming despite the Vita’s smaller screen. Not all the tracks are immediatey distinguishable from each other, but most have a couple of ‘wow’ moments, whether a high-speed loop or a sudden bank that flings your craft into the sky. 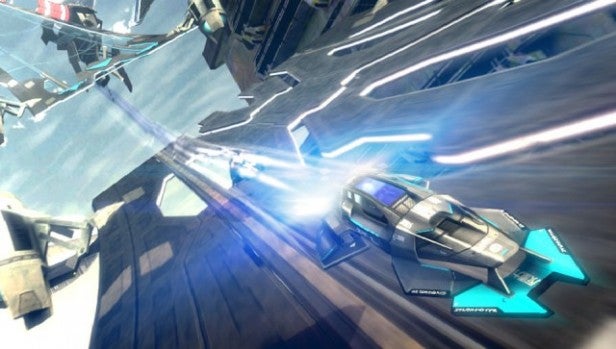 Put on some headphones, turn the pulsing, beat-heavy soundtrack up and Wipeout 2048 still creates the same kind of thrills in 2012 that Wipeout did in 1995. In fact, with Orbital, Kraftwerk, Future Sound of London, Underworld, The Chemical Brothers and The Prodigy all on the soundtrack, there’s a level of nostalgia at play. That’s good news for us old-school gamers who were dazzled by it in those halcyon days.

With the PSP’s Wipeout Pure, the series difficulty level finally hit the right balance between terrifyingly steep and accessibly forgiving, and Wipeout 2048 doesn’t go too far in either direction. Early tracks have a bit more width and you’re not hit with a punitive slow-down every time you scrape the trackside, but if you’re not willing to concentrate, learn the tracks and develop serious braking skills, then you simply won’t get far. 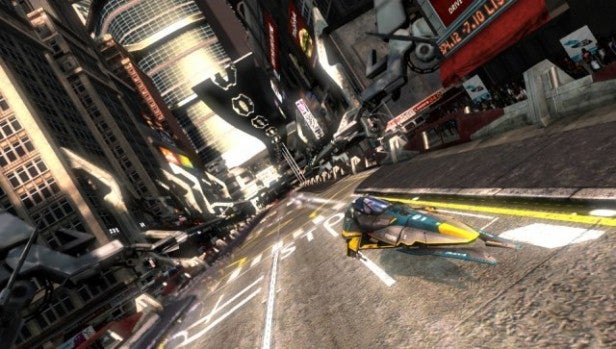 As with all the good iterations of the series, getting to grips with the airbreaks is key, and as you move through the speed classes you’ll learn how a light touch and precise cornering will put you at an advantage as the pace shifts up. At full speed, Wipeout still demands a level of attention that other racing games can’t match, and while you can play the game with tilt controls, you’re making work for yourself in doing so. This isn’t the kind of game where you want any barrier between instinct and action.

The single-player campaign is structured around seasons, with each consisting of a grid of events that, when completed, unlock other events until the season final becomes available. Some events are straight races, others combat events where you have to gain so many points through blasting the competition to win, while others are one-track sprints or time trial. 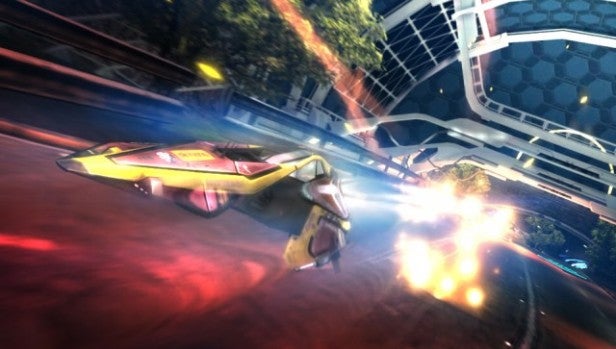 Best of all, we still get Zone events, with the tracks pared back to ribbons of glowing neon, and the scenery bathed in psychedelic pulsing light. Here you just keep going, faster and faster, until your craft takes so much damage that it can’t go on any more. We don’t like to waffle on about synaesthesia – an arty term for the effect you get when you combine two or more senses in one powerful experience – but when you’re sitting in the ‘Zone’ zone it’s only a natural response. This is Wipeout in its purest, most exhilarating form. 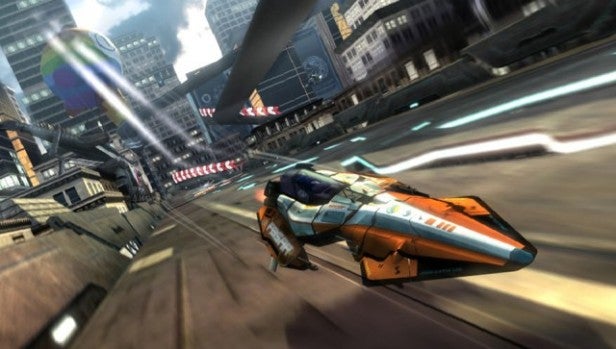 Cleverly, completing events isn’t necessarily about winning. While there is an experience system and incentives for coming first, you can happily scrape through many early race events in fourth or even sixth, while other events just require you to reach a specific points score or milestone to proceed. This ensures that, while Wipeout 2048 is never less than challenging, you rarely get stuck for too long. In fact, there’s an option to skip some events if you’re finding them impossible. 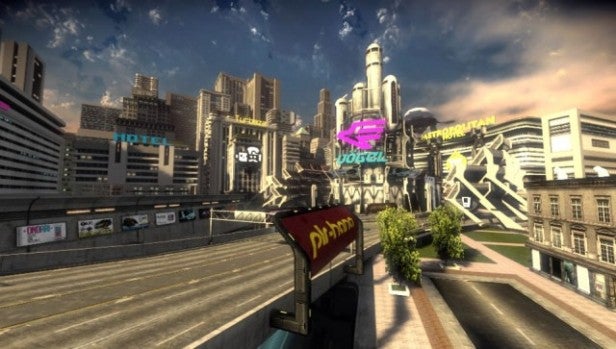 At the time of writing we’re unable to try Wipeout’s online options, so we’re limited in what we can say. There is a multiplayer version of the campaign mode, which puts the emphasis on meeting certain conditions in each event rather than reaching a pole position. It’s designed to be played online with PSN friends in the same lobby. For more straight competition there’s a crossplay mode, which allows you to race not just other Vita owners, but PS3 gamers running Wipeout HD. We’ll return to this review and add more details once we’ve played both modes in more depth. There’s a chance that the verdict below and score might change.

Verdict
Even running at 30fps, Wipeout 2048 leaves other handheld racers looking tame, and its smooth, detailed graphics and incredible pace are another indicator of how powerful a mobile games machine the PlayStation Vita is. It’s a slightly conservative game, not taking the franchise in any bold new direction, but it delivers the core Wipeout experience we all know and – if we’re sensible – love.