Have you ever wondered if you’re related to royalty or if your ancestors came from overseas? Well, I’m guessing quite a few of you have because tracing your family tree seems to be the in thing at the moment. So, it’s no surprise that GSP has jumped on the bandwagon and released Who Do You Think You Are?, the official software to accompany the hit BBC show of the same name. 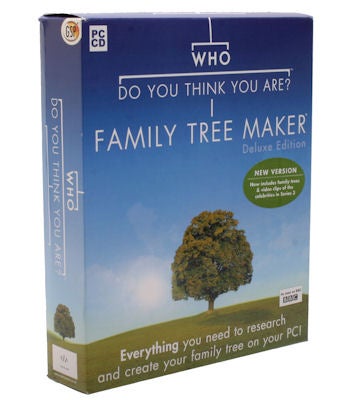 This new Deluxe Version packs in the Who Do You Think You Are? software, a free 90-day trial subscription to Ancestry.com, and a full training DVD to show you how to get to grips with the software. The whole lot will set you back a mere £20 and considering a year’s subscription to Ancestry would normally cost you £79.95, that three month subscription alone makes the package a real bargain. So the perfect accompaniment to a burgeoning interest in genealogy then? Well, not really. 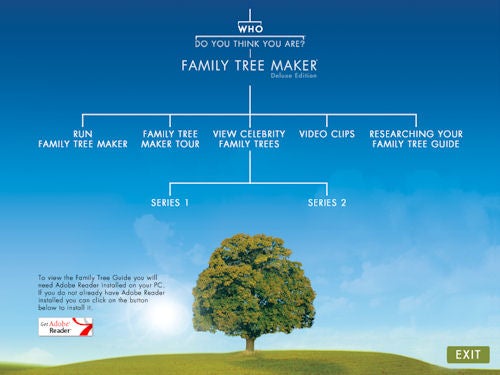 Inserting the main software disc, things start off well with a slick flash intro page greeting you. There are options to install the software, view the family trees of celebrities that appeared on the first two Series of the TV show (the third series is on a separate disc), take a tour of the software, and watch video clips of the show. Now, normally I hate these sort of flashy menus, especially as when, like this one, they fill the whole of your computer’s screen, but on this occasion I was won over by how well done it was. The simple graphics are slick and navigation is simplicity itself. 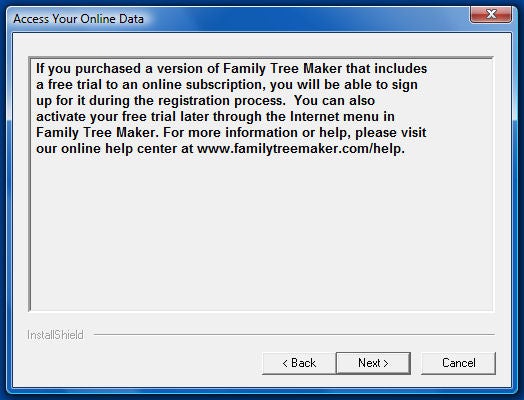 Also impressive is the software installation, which guides you through the process step by step, even throwing up useful bits of information like how the registration and online subscription works. 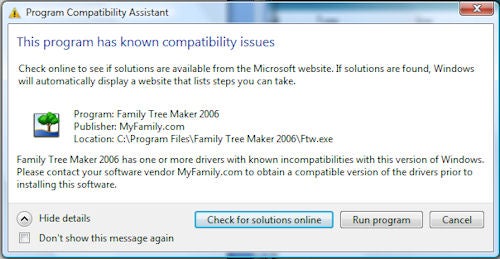 Even ignoring the fact the software apparently has issues with Windows Vista, things are still going well when you start the software. A ‘first run’ startup screen appears asking if you’d like to start a new family tree, open an existing one, or view the tutorial. Of course, being new to the software we went straight for the tutorial.


Now, you could argue that the tutorial only being available online is a bit mean, but this software does state quite explicitly that it’s to be used in conjunction with online genealogy records so you are expected to be connected when using it. Also, the sheer brilliance of it more than makes up for this complaint – this has to be the best tutorial we’ve ever used!

Okay, it starts off incredibly basic, informing the user of how to use scroll bars and flick between windows using the taskbar but once you get passed that and onto the bits about using the software it guides you through perfectly. Each step along the way is explicitly explained with short videos even demonstrating things for those that can’t grasp the concept from words alone. From starting the process by adding your own details to finishing off by designing books of your complete family tree, everything is painstakingly demonstrated in a way that’s easy to understand, even for the novice computer user.

The accompanying training DVD does a similarly good job of guiding the user through the entire process and in particular includes detailed instructions on how to install the software. Being English I did find the saccharin sweet American presentation a bit grating but I suppose that’s to be expected. 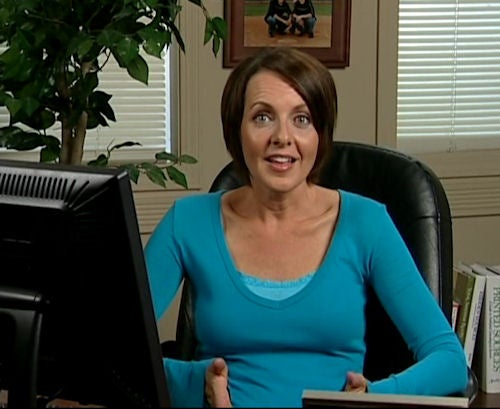 The software itself, although fairly mundane in its appearance, being more reminiscent of the kind of Microsoft Access databases I used to design five years ago, than a modern user-friendly tool, is actually very easy to use. It took me no time at all (well, except for trying to remember all my family’s birthdays) to build up a simple three generation family tree, including pictures, sound bites, and a whole host of other detailed information. 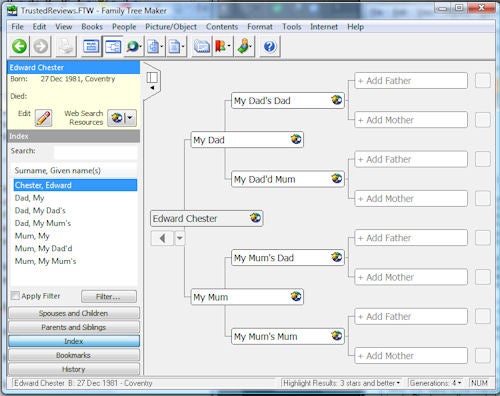 It’s moving to the next level, though, where things start to fall apart.


A large part of the appeal of the Family Tree Maker software is its ability to search for family members using online databases and in particular those found on Ancestry.com. Now, this really is the interesting bit; finding out where long lost cousins live or who great uncle Charley really was but it’s also where a lot of the problems with Family Tree Maker lie. 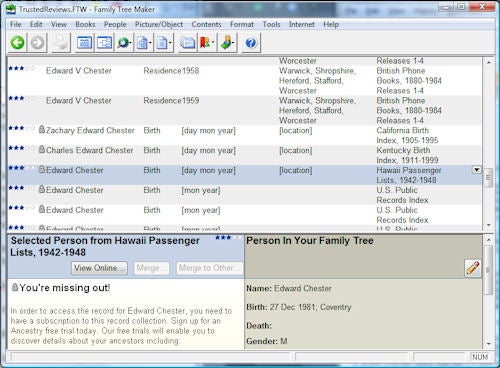 For a start, the 3-month free subscription to Ancestry.com only includes UK records, which may seem sensible enough. The problem is when you search for family members using the software it nearly always brings up results from the US databases as well, which when you then try and click on it gives you the old ‘Hey, you’re missing out on some great features. Why not sign up for more’. This is utterly infuriating and we quickly lost patience with trying to perform even the most basic of searches.

We know that you can cherry pick specific databases to use in your search but there’s hundreds of them and they’re not separated into regions. The basic overall feeling is you’ll get used to it eventually but right off the bat, it’s a bit clunky. 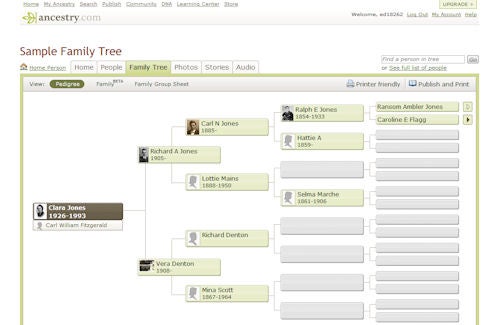 Also, when you signup for Ancestry.com you realise that a lot of the basic family tree building features of the Family Tree Maker software can be done on the website itself and it looks a damn site prettier as well. Ok, there’s none of the book designing and web page authoring stuff but we do wonder how many people will go so far as to ever actually use these.


Speaking of the website authoring, once again the point of the software seems pretty minimal here as again this is just a tie-in with another online service, namely MyFamily.com. Again this requires you to sign up for something and jump through a variety of hoops and overall the whole process is a bit trying. 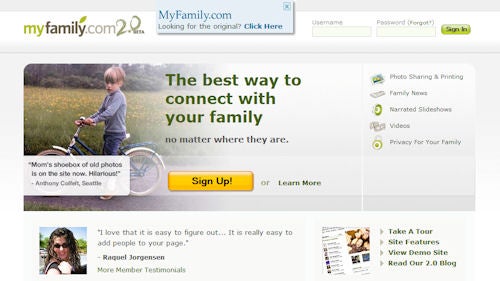 So, after all that, you’re probably expecting us not to recommend Who Do You Think You Are? Family Tree Maker Deluxe but actually despite all its problems the overall package is quite compelling. The 3-months subscription to Ancestry.com is worth a few bob, considering you normally pay £9.95 a month, and should be plenty enough to build up a family-tree that goes back many generations. If you then want to go the whole hog and publish a website or author a book of your family tree the software is there to do all that for you.


The whole Who Do You Think You Are? tie-in is a basically a gimmick – especially considering we couldn’t actually get the video clips to work – and we would’ve liked to see at least a whole other DVD with highlights from the series to make it seem worth the name. After all the series was rather good and we certainly wouldn’t mind watching a few of them again.


Who Do You Think You Are? Family Tree Maker Deluxe Edition is an odd assortment of online tools, and family tree building software that altogether feels a little clunky. However, if you are looking to start researching your family history and can find this package for around £20 (the price we’ve reviewed at) then it does make for quite a bargain and could be worth a punt.