External storage devices can come in all sorts of shapes and sizes, with each one targeted at a certain market, and generally each type is neatly distinguished. There’s the small and light 2.5in portable drives for those who want storage on the move, then there’s the larger 3.5in desktop drives that offer huge capacity and speed, finally there’s the network attached storage (NAS) appliances that are very feature rich but generally slower than the other two. Each type has developed slowly over the years into the forms we know and love but seldom has one type crossed over with another. However, Western Digital thinks that could be about to change and the My Book Pro Edition II is the device to lead the way. 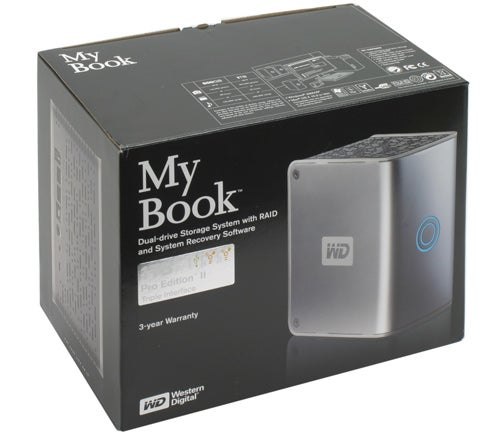 Sitting somewhere between a NAS appliance and a regular external 3.5in desktop drive, the My Book Pro Edition II offers such features as RAID, Firewire 800, and cold swappable hard drives but lacks the networking abilities of a true NAS. It’s a compromise that may prove perfect for some but for others it will seem to offer little over a normal desktop external hard drive. And, given its lack of eSATA connectivity and high price, it is going to have a hard time convincing the cynics. However, before I delve too deeply into this debate I’ll talk you through what the My Book does have to offer.


Available in capacities of 1TB (2 x 500GB), 1.5TB (2 x 750GB) and 2TB (2 x 1TB) it is well endowed in terms of storage and, as the internal drives can be replaced without affecting the warranty, there’s a very easy upgrade path for the future. The drives can be configured to run as a RAID 0 (this is the default), which will offer you high speed but if a drive fails you’ll lose all your data, or RAID 1, which halves the capacity and read/write speed but adds protection of your data in case of a hard drive failure. Unfortunately JBOD isn’t on offer, so you can’t have that oft favoured half way house of capacity and security that it offers.


Externally the My Book certainly makes for an attractive accompaniment to any office space. Built from sturdy plastic, finished in silver paint, and with a shape designed to resemble a large hardback book, it is both elegant and understated. It doesn’t quite exhibit the same flair as the Seagate Free Agent Pro, with its black body and pulsating orange lights, but it’s nonetheless a good example of clever design. 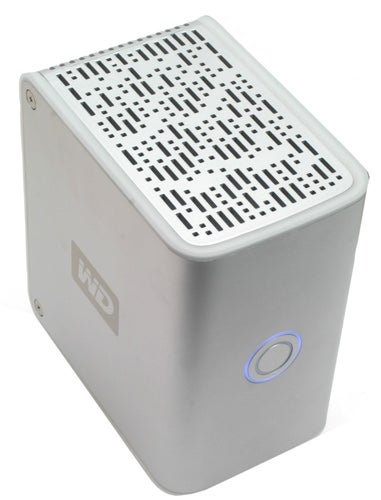 For instance, a seemingly random smattering of slits actually make up the ‘pages’ of the book and, by some completely coincidental quirk of fate, also help to ventilate the inside. There’s also a fan tucked away inside that will turn on if natural convection proves too little to keep things cool. We have heard reports that when the drive is plugged in over Firewire the fan remains on constantly. However, we experienced no such problems with our unit and it only span up after prolonged intense use.


The front, or spine, of the My Book contains two concentric rings of semi-transparent white plastic, which are each back-lit by a number of blue LEDs. Working in conjunction with the Western Digital software, the LEDs act as an analogue capacity gauge, where progressively more lights illuminate as the drive fills up. It’s a simple system that works well, though I can’t help but think it’s mostly a gimmick.

In the centre of the two rings is a large silver button that when pressed safely removes the drive from windows and powers it down. This is rather more immediately useful than the capacity gauge but is still stuck with a fundamental problem. The software that powers both features doesn’t work when the drive is connected by anything other than USB, so if you want to use the ultra fast Firewire 800 connection, for instance, you have to compromise on features.


Round the back are the data connections, which in their entirety consist of a USB 2.0 port, a six-pin Firewire 400 port, and two Firewire 800 ports. As mentioned, the lack of eSATA is a bit of a fundamental flaw in a product that, when configured in RAID 0, should offer stellar performance. Though Firewire 800 is faster than either USB 2.0 or the previous version of Firewire, it simply isn’t a patch on eSATA. Moreover, hardly any motherboards support Firewire 800, except those made by Apple, so you’ll probably have to fork out for a Firewire 800 expansion card to use it. This is in contrast to eSATA, which is fast becoming a standard feature on even the most basic of PCs. 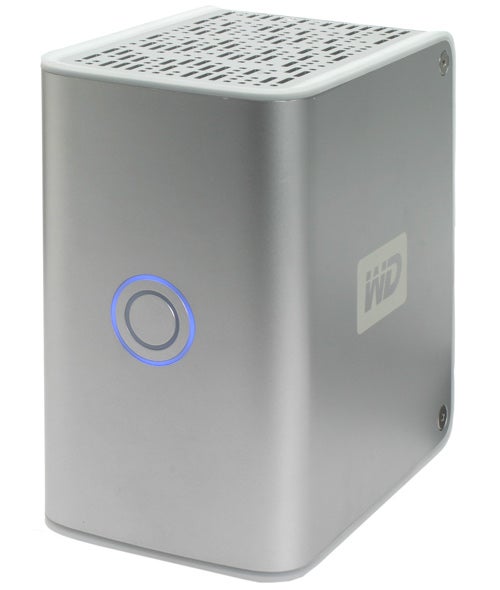 As testament to this point, none of the motherboards or computers in our office had a Firewire 800 port, which meant our speed tests were confined to using the two slower connections on offer. And, as you’d expect the drive was beaten in all tests by our reference eSATA enabled drive. All of which should tell you one thing, the only reason to get this drive is if you plan to use its RAID 1 capabilities. Otherwise, you’d be best served by buying a cheaper eSATA drive.


Also on the back panel is a socket for the external power brick, a locking point, and a small hole that hides a hard reset button. This can be activated with judicious use of a paperclip, or some such device, which will simply revert the device back to its original unformatted RAID 0 state. 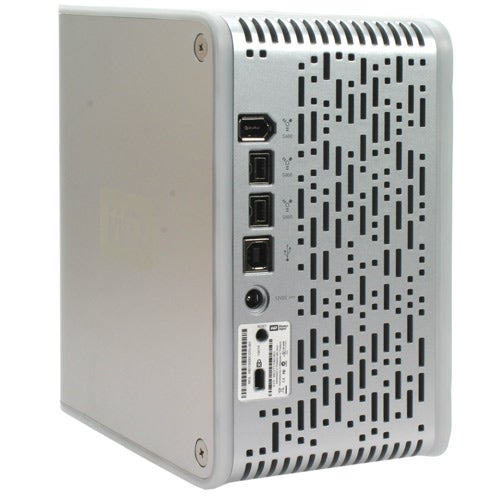 As standard, the My Book can be plugged in with any connection and partitioned and formatted how you like. However, to change the type of RAID, you must install the software and connect the drive via USB. Once you’ve done this, you open the software and simply select the drive and tell it to switch RAID types. It will ask for a confirmation code and you must click OK a total of three times before the drive will start the change process, so there shouldn’t be any chance of you accidentally losing your data.


If you plan to use your My Book as a backup device, you’ll be glad to hear it ships with the impressive EMC Retrospect backup software. This lets you define backups of files, folders, or whole disks and has powerful scripting tools for scheduling your backups to be run whenever you want. You can also choose whether backups are incremental (only adding files to the backup that have changed) or complete each time. It has a fairly stark interface, without the flashy bells and whistles of some alternatives but it’s easy to use, fast and powerful, which is certainly how I prefer to have my software.


The Western Digital My Book Pro Edition II is the first external hard drive we’ve seen that brings RAID and Firewire 800 to the desktop. It’s stylish, quiet, and a breeze to use and, if all you want is data security then it’s definitely worth considering. However, if you just want a large and fast external hard drive you’d be better served by a single disk solution. 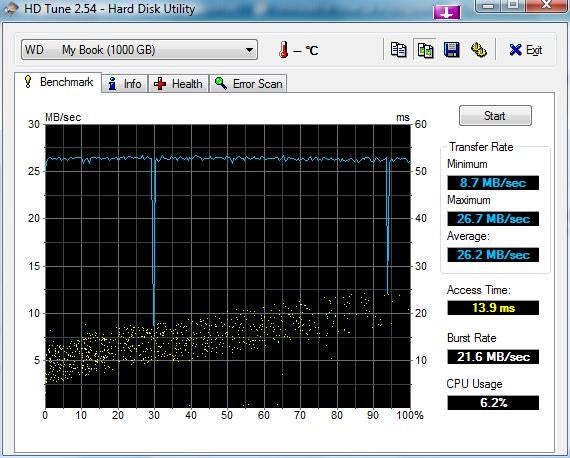 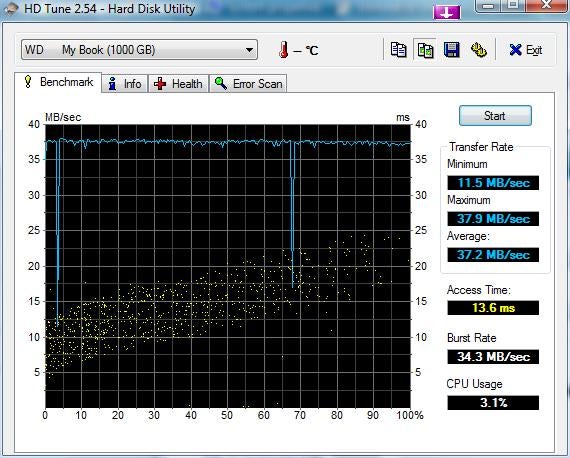 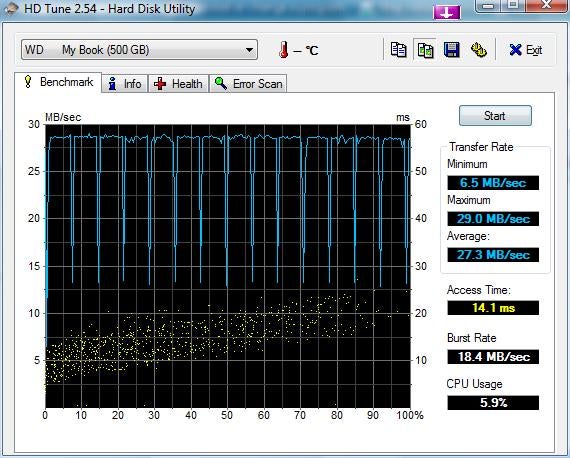 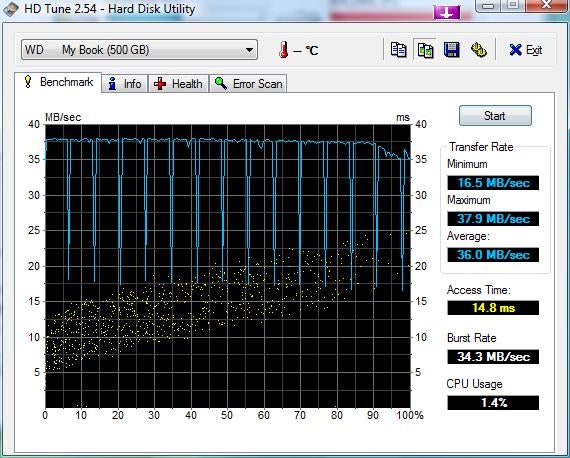 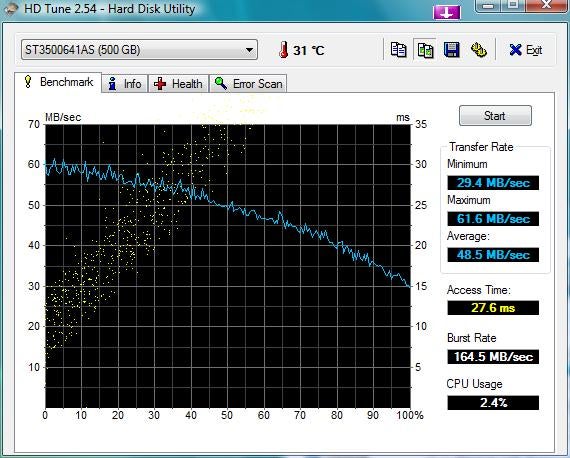