The scenario will be familiar to many: you finish up after a long day at work or after a night out on the beer, get on a late train or night bus and end up falling asleep and missing your stop. Wakemehere is an ingenious app that aims to stop this from ever happening to you again, by allowing you to set an alarm that goes off when you reach a specific destination. 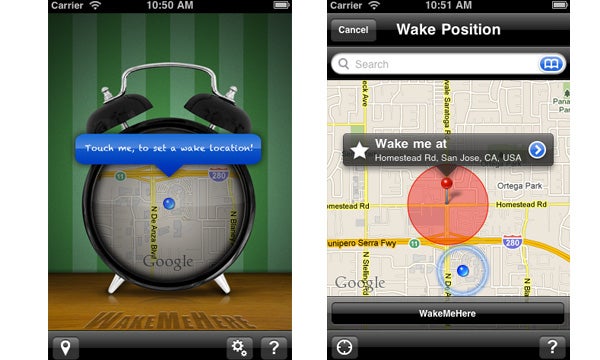 So, for example, you can just tell it to wake you up before your bus passes a certain street or as your train is about to pull into your station. You can select destinations either by dropping a pin on a map or by searching for them by name, and you can set the radius within which you want the alarm to sound.

It’s a simple idea, but this app will be appreciated by those who have woken up on a train or night bus only to find that they’ve over shot their destination by several miles!