The 710 is Vodafone’s first attempt to produce an own branded 3G handset aimed squarely at consumers. It isn’t available on Pay Monthly tariffs, only on Pay As You Talk, will set you back £72 and incorporates tri-band GSM.


As such the Vodafone 710 might have its greatest appeal among those for whom 3G is uncharted territory, who aren’t sure whether they really want or need the speed and services 3G offers, or who simply use their handset so infrequently that Pay as You Talk seems like a viable option.


Whatever the reason people are drawn to a handset, they are going to get something rather neat with the Vodafone 710. When closed this phone is very small and tidy in the hand and pocket – 91.2mm tall, 46mm wide, 23.5mm thick and weighs 99g. Open the clamshell up and it grows to just over 160mm tall.


Its fascia is pretty much entirely black, with silver trim and some silver side buttons. The Vodafone logo is a dot of scarlet on the front. The black parts of the casing have that slightly rubberised feel that makes phones comfortable to hold, and the edges are rounded so that it has a ‘bar of soap’ feel reminiscent of Motorola’s PEBL. It all adds up to a phone that is comfortable to carry and to use.

There is a small front greyscale display, just 96 pixels wide and 64 pixels tall. Also on the front is the main 1.3 megapixel camera and its flash unit.


Inside the clam the main screen manages just 176 x 220 pixels in an area measuring 2in corner to corner. It is about as wide as the casing can cope with, and couldn’t be a lot taller either. I can’t say it is especially impressive, though it does display 262,000 colours. 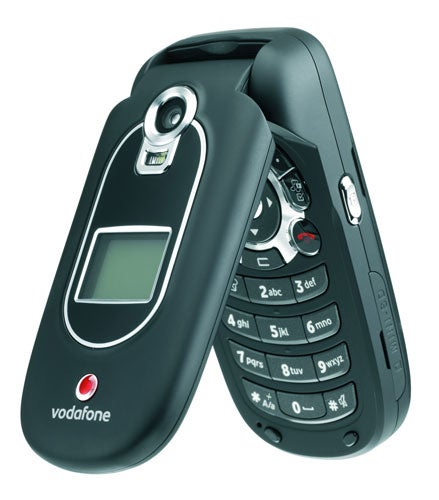 The number pad is fairly large, with the rows of keys separated from each other and raised enough from their surroundings to make them easy to find. The navigation button incorporates shortcuts to Vodafone Live!, SMS creation, contacts and a file manager when you press its north, east, south and west points. Add in dedicated buttons for video calling and launching the phone’s music player, and the configuration here seems to provide access to a reasonable proportion of what the phone has to offer fairly easily.


On the right edge is a covered slot for a miniSD card. You’ll probably need cards to augment the internal memory. There is 18MB built in, which is not going to be up to much if you are keen on using the Vodafone 710 for music playback or for shooting pictures.


Music playback quality is quite variable depending on how you are actually listening to tunes. If you are using the loudspeaker the volume and quality is noticeably lower with the clam opened than with it closed. A covered slot for the provided stereo headset sits on the left edge of the casing. Using this ratchets up the music quality another notch, but probably not far enough for those that are looking to ditch a dedicated player and use a phone instead.

When you shut the clam the front screen shows what is playing and combined use of the camera shortcut button on the right edge of the casing and the volume rocker on the left edge allows you to pause and resume playback and skip around through tracks.

Rather sadly, the headphone slot is a 2.5mm one, and the only way to use headphones with a 3.5mm jack is to buy a converter. This is an ungainly option for such a small handset, and won’t work well at all if you intend to carry the Vodafone 710 in a pocket. Bad move, Vodafone.


The main camera is a bit of a disappointment too. It shoots stills at a maximum resolution of 1.3 megapixels which puts this phone somewhat behind in the camera stakes. There seems to be a tendency to overexpose if the handset is left to decide how to handle shots itself. The coloured dish, my standard reference photo, taken indoors with the room lights on was a little washed out. The cat photo was taken outside on a gloomy winter day and his white fur is far too brilliant.


Your option for self portraits is to open the clam and use the camera that is primarily designed for video calling, which sits under the main screen. However, its resolution is limited to a maximum of 640 x 480 pixels.


Other features include email support, alarms, calendar, calculator, unit and currency conversion, task manager, timer and a stopwatch. Battery life proved to be a bit disappointing with continuous music playback from a full charge running a shade under five hours.


The hardware design of the Vodafone 710 is rather appealing, the phone sits well in the hand and pocket when closed, and it is not too unwieldy when opened up.

In general, though, I’d have to characterise this phone as average. Then again, for £72 and a Pay As You Talk tariff you shouldn’t really be expecting something at the very leading edge. 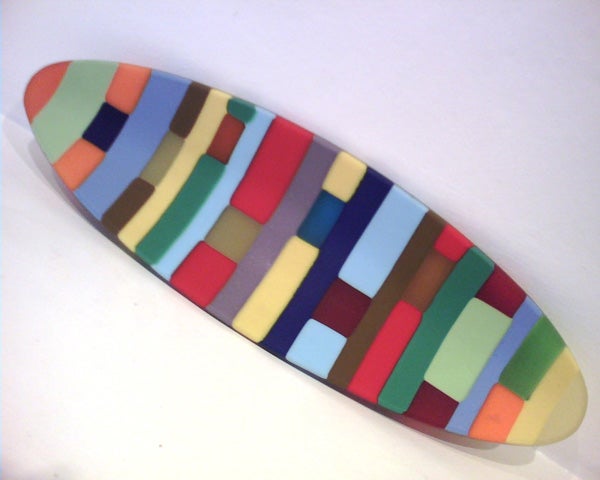 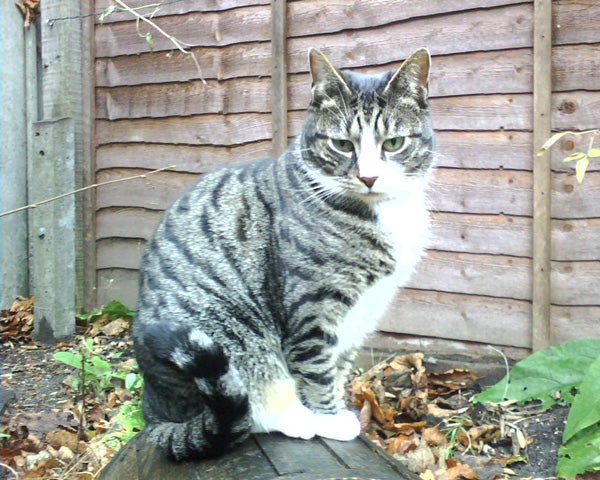 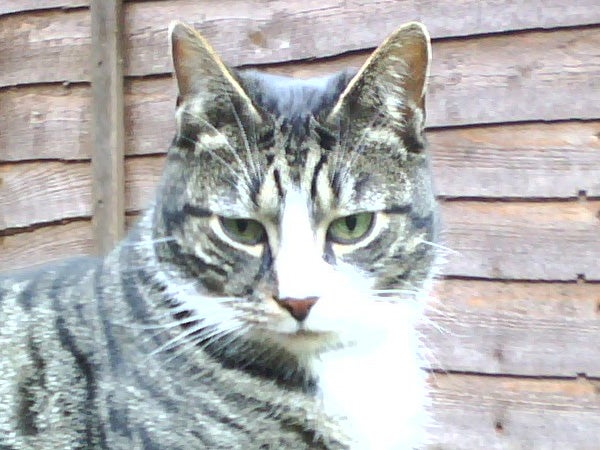