Buying an expensive stand mixer is a big commitment if you’re not sure how much use you’ll get out of it. This is the reason the Vitinni 800W Stand Mixer JF07514001 is a great proposition for beginners or those on a tight budget. Not only does it come with three tools to handle the majority of basic tasks, including whipping, mixing, kneading and creaming, but it’s also attractive enough to have out on show thanks to a glossy black finish and chrome-effect trim and controls. It comes with a good-sized 4.2-litre bowl and splashguard with pouring spout, too. Low-cost mixers can appear insubstantial, so it’s good to see that the Vitinni 800W Stand Mixer JF07514001 has features that make it feel more robust. Four non-slip feet on the base sucker onto the worktop, the mixer head tips back with a firm locking mechanism to keep it there (plus, the machine is balanced in general), and its dial control clicks through its six speeds, so there’s no chance of accidentally selecting a faster setting than you need. There’s also a pulse option for quick spurts of mixing, a guide to speed and tools on the side, and it’s all powered by a decent-sized 800W motor. There are a few things you’ll need to work around. The mixer can’t run for more than 10 minutes at a time, and it’s recommended that you let it cool down between uses. This could hamper a big baking session. Batch bakers may find the bowl’s volume limiting, with a maximum capacity of 600g of flour; this is ample for the average-sized home-baked loaf. On the plus side, the 800W Stand Mixer will squeeze in up to 12 egg whites.

The bowl is well designed and has lugs around the base to help it lock into place. Its splashguard has small rubber parts to keep it in place, too. The  JF07514001’s tools are standard – whisk, die-cast aluminium beater and dough hook – although the base of the stainless-steel whisk is made from plastic rather than metal, so may wear over time.

It’s useful to have a few recipes provided with any small appliance, but the Vitinni 800W Stand Mixer JF07514001 doesn’t come with any. The instructions, while mostly coherent, also have some confusing advice about making cocktails and shakes with the beater, rather than information about batters or biscuit dough.

Setting the mixer up was otherwise painless. The tools push and twist into place and are easy to switch. The transparent splashguard can be set at any position around the bowl and has a chute to add ingredients as you go.

I started by making basic white bread with the dough hook, using 500g flour. To initially combine the ingredients, I set the machine at speed 1 for a minute. Once mixed, I raised this to speed 2 for five minutes for kneading. However, the dough kept wrapping around the hook rather than being moved around the bowl as a ball. I added more flour to reduce the stickiness of the dough and removed it from the hook, to no avail. In the end, I had to remove the dough and knead it by hand. The finished loaf proved and rose well. Next, I fitted the beater to make a sponge cake. Adding sugar and butter to the bowl, I set the machine mixing on speed 1 to cream the ingredients together, then raised it to 3. Any speed higher than 2 was distractingly noisy, enough to drown out conversation.

As it mixed, I noticed that the ingredients at the bottom of the bowl weren’t becoming incorporated; the beater didn’t reach far enough down and there isn’t an option to lower it. I scraped down the bowl, which appeared to solve the problem. The spout of the splashguard was useful for gradually pouring in eggs as it mixed. I added the flour and set it on speed 4 to aerate the batter. 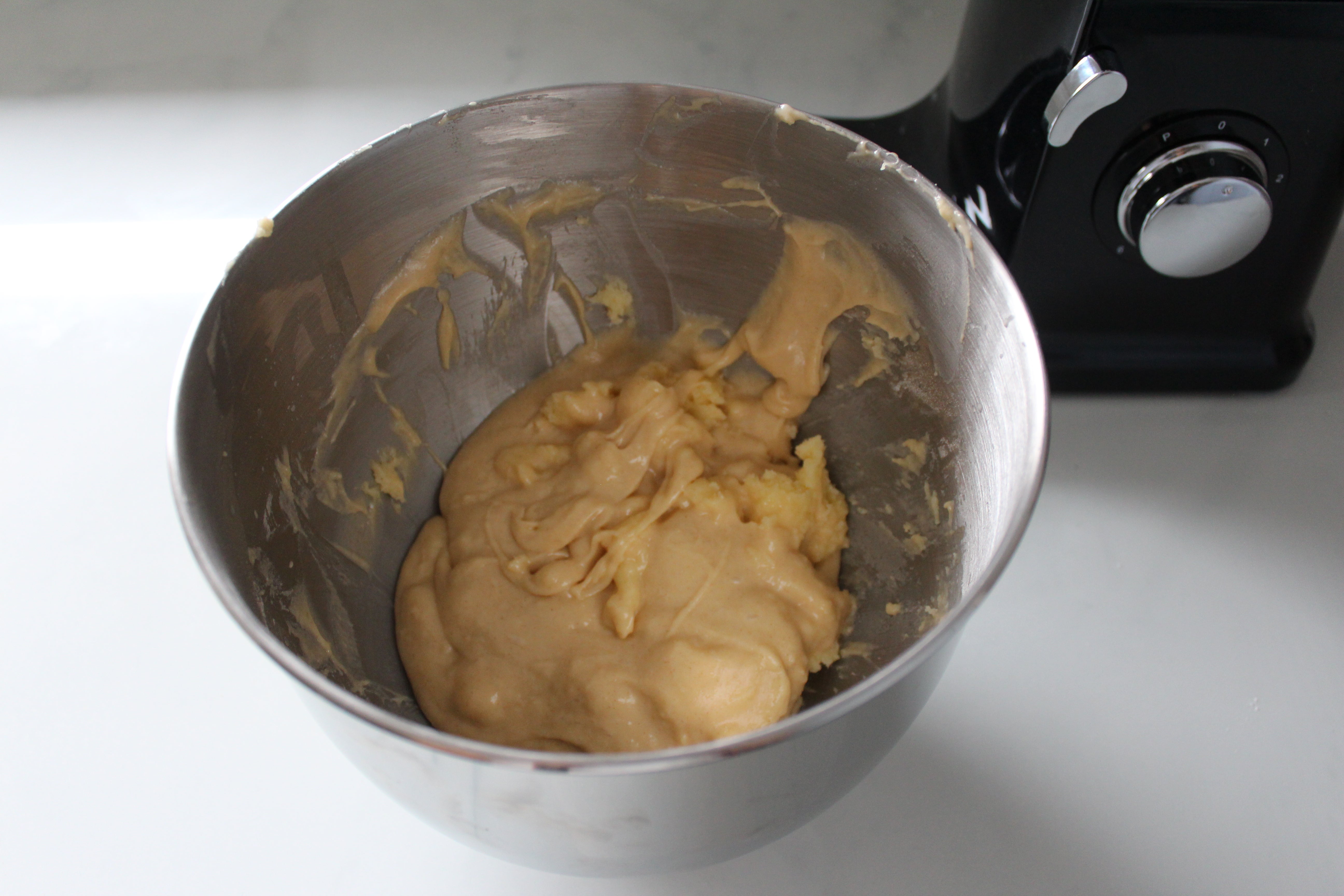 The mixture appeared to be well combined, but as I started to pour it out into tins, it appeared that an unmixed layer of butter and sugar remained at the bottom of the bowl. Scraping down and remixing the batter helped to incorporate what remained.

However, the baked sponge was disappointing; it didn’t rise well. The cake was too dense and lacked its usual springiness. Finally, I used the whisk tool to whip double cream. After the recommended five minutes, the cream had only just started to thicken because, again,  the tool didn’t reach the bottom of the bowl. It took eight minutes for the cream to form stiff peaks. 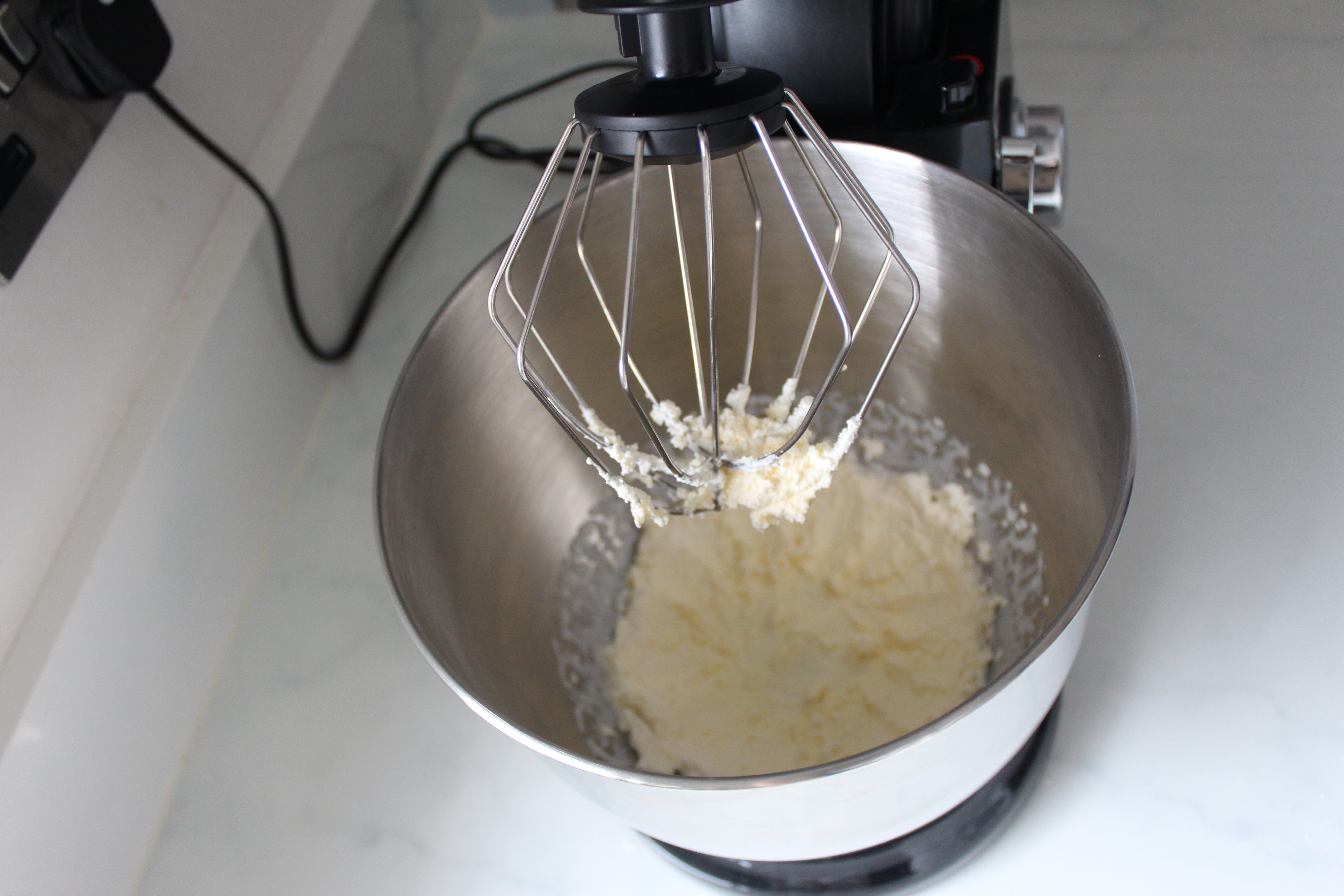 None of the parts are dishwasher safe, but they were all simple to clean by hand with no awkward crevices for food to gather.

If you’re happy to forgo the extended mixing times and versatility of a premium stand mixer, and just want to save yourself some arm ache every time you get a craving for cake, the Vitinni model is a great fit.

It will handle mixing and whipping tasks, but you’ll have to give it a helping hand with a judicious scraping down or additional kneading. However, it’s still faster than mixing by hand and is a practical first-time buy or for those trading up from a hand mixer. Plus, it’s easy on the eye.

An affordable stand mixer that’s a bit better than basic.