What is the Vitamix Professional Series 750?

With the words “light industrial food preparing machine” stamped on its base, it’s best to think of the Vitamix Professional Series 750 as far more than a blender.

This compact machine includes Vitamix’s quietest motor yet, five pre-programmed settings for smoothies, hot soup, frozen desserts and purées, plus a self-cleaning and low-profile design that will allow it to live below your wall units. There’s no compromise on style, either, with a smart new Copper colour joining its existing Brushed Stainless Metal finish. 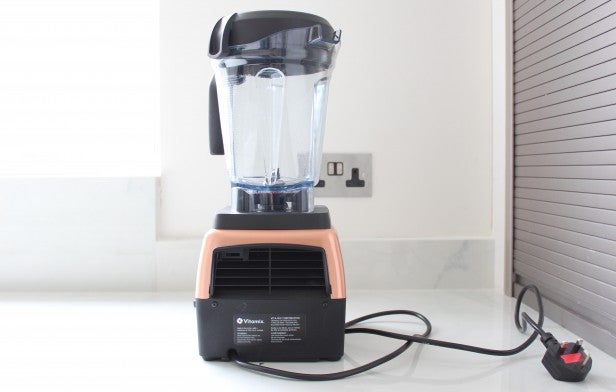 The big difference between actual professional blenders and those for domestic use, besides power, has always been looks. Past Vitamix blenders have tended to follow their professional roots with a blocky but ultimately practical design. However, the Pro750 shakes things up, with a greater emphasis on aesthetics. 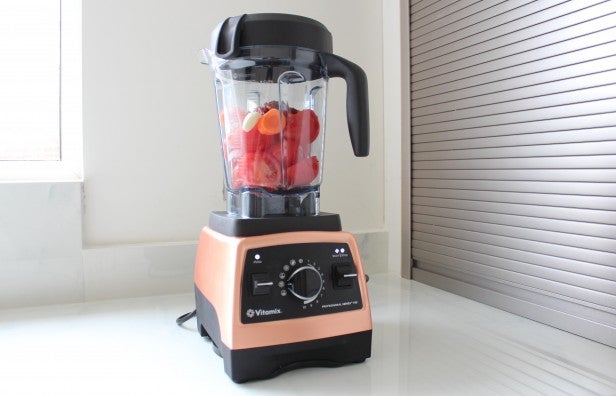 The controls are laid out clearly and concisely. Variable speeds from 1-10 can be found on one side of the dial, while programmes sit on the other. It’s flanked by two switches, one for pulse and one to start and stop the machine, with an on-off rocker switch on the side.

The jug sits on top of a centering pad with no need to twist it in place, while inside, four laser-cut, stainless-steel blades measuring 10cm in diameter make short work of anything that they come into contact with. The jug’s lid pushes on for a snug fit and its central cap can be removed to make way for a tamper to move stubborn ingredients.

Professional Series 750 blender – What is it like to use?

Despite being compact, the Pro750 is still heavy at around 5.7kg, so better suited for living out on a worktop. However, the length of its 6ft power cable (around 1.8m) provides plenty of flexibility in terms of where it can be used.

The Pro750 comes with a useful recipe book covering everything from making breads and batters to dips, spreads, dressings and sauces, plus soups, desserts and drinks (with nutritional info); there’s a quick-start guide too. 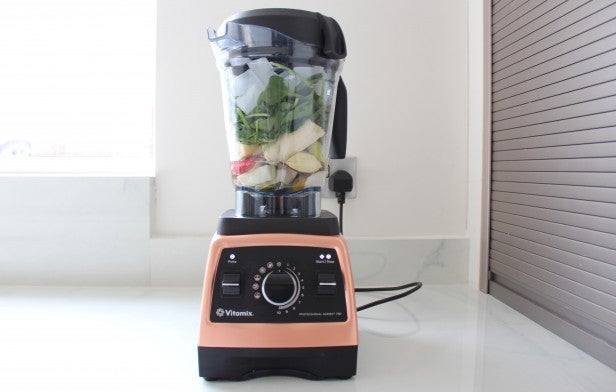 I began by using the smoothie programme to make a basic green drink. The programme was denoted by two drops of liquid, which wasn’t the most intuitive symbol. Adding water, fruit, spinach and ice to the jug, I started the programme.

Beginning on a low speed, the blades quickly blended the leaves before creating a vortex that drew down the harder ingredients. Unlike some blenders, where ice bounces around the jug before being crushed, ice cubes here were almost instantly incorporated. Once the mixture was initially blended, the programme ramped up the speed to finish. The final smoothie was velvety with no shards of ice and a consistent texture and flavour. A wide spout made pouring out easy. 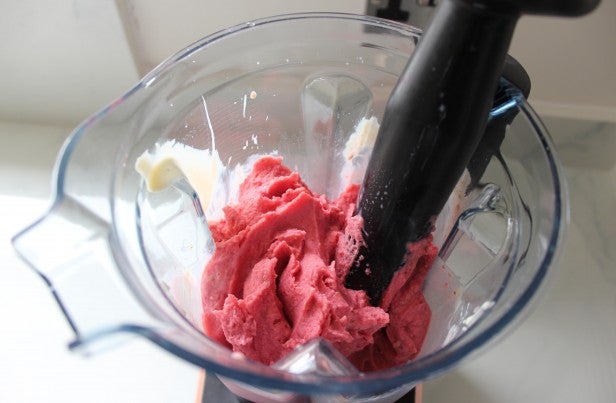 Next, I made a strawberry yogurt using the frozen dessert programme. This began slowly, but halfway through it was clear that the strawberries had clumped together and the mixture was no longer blending. I separated the clump using the tamper, but by the time I was done, the programme had elapsed.

A pause for the programme would have been useful; programmes can be stopped but not paused. Instead, I continued using a low speed while using the tamper. This proved effective, eventually resulting in a creamy frozen yogurt. 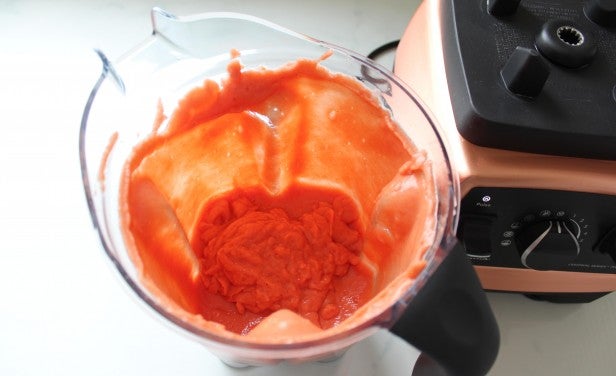 Some of the recipes involve cooking before or after blending – the fresh tomato sauce. for example. Placing vegetables and seasoning in the jug, I used the purée programme to reduce it to a smooth consistency in around a minute. The sauce was viscous and clung to the lid and inside of the jug. However, it needed simmering afterwards. 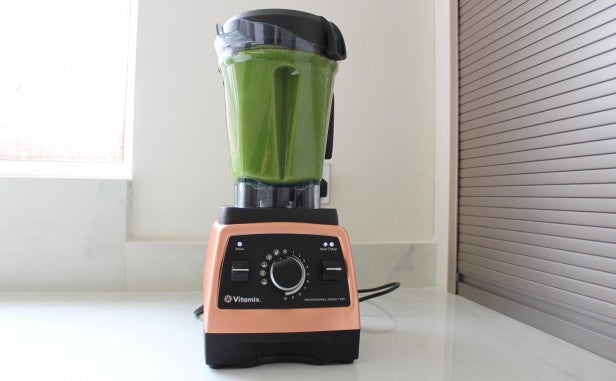 Finally, I used the Pro750 to make soup using the friction of its blades. Adding milk, cheese, steamed broccoli, onion and a stock cube to the jug, I selected the hot soup programme.

First, the Pro750 used a low speed to blend the ingredients before turning itself up to a speed that would heat the contents. This took around six minutes; in the last minute or so, steam began to be emitted from the lid. The Pro750 did make a lot of noise, but it could be talked over. Once the programme had finished, the top was hot and needed to be removed while wearing gloves. The soup was visibly steaming and remained hot for a long time.

I finished by using the self-cleaning programme with water and washing-up liquid to clean the jug. While this was effective, there were a few crevices that needed cleaning by hand. 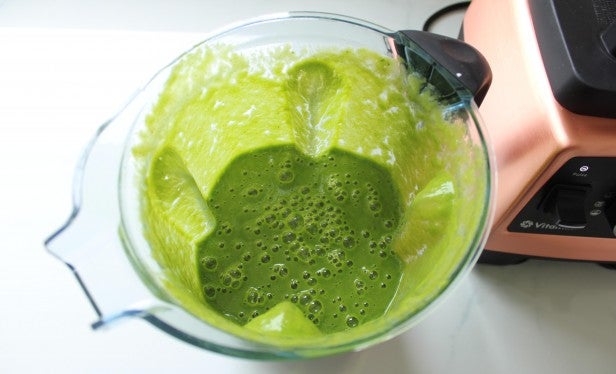 Should I buy the Professional Series 750 blender?

Those who use their blenders to make occasional shakes and soups will be better off with a model costing a third of the Pro750’s price.

However, for everyday use and the sort of tasks that make cheaper blenders whine like a toddler having a tantrum, the Pro750 makes a dutiful kitchen helper. Yes, it’s an investment, and yes, it’s probably heavier than any blender you’ve ever owned, but it’s unrelentingly reliable, inspiringly versatile and looks desirable enough to have on display.

Note, too, that
its exceptional build quality is backed by a seven-year guarantee.