After shelling out the not inconsiderable sum of £22.47bn on UK 3G licenses, mobile operators found themselves initially at a bit of a loss as to what to do with all the bandwidth, especially after they discovered that our interest in video calls lasted about as long as our interest in Andrew Sachs’ granddaughter. 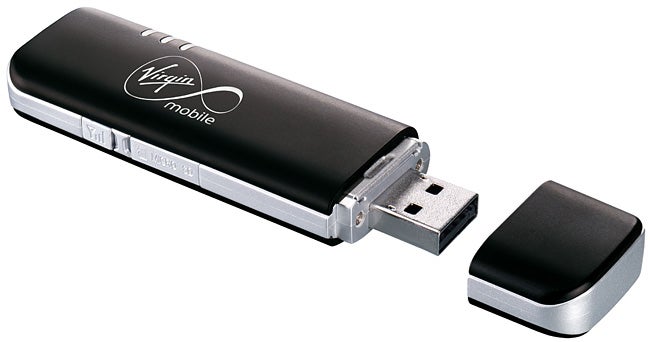 It’s true that more and more of us are now using data services on our mobiles to download emails, access Google Maps or just check the latest news on our favourite reviews site. However, it’s looking increasingly likely that it will be mobile broadband services which will make best use of all that bandwidth, especially now that HSDPA has boosted download speeds into the 2.8Mbps range.


All the major networks already offer mobile broadband packages and they’re trying hard to price them at a level competitive to traditional ADSL in an effort to win over light Internet users who don’t want to pay line rental charges. 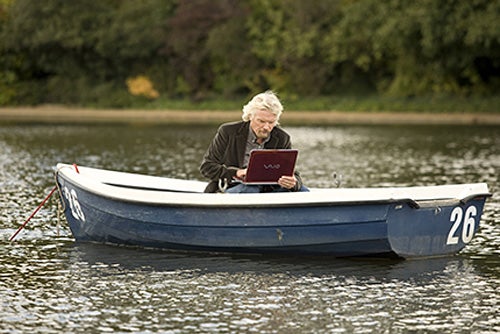 Virgin Media is currently number two in the home broadband market in the UK, but it obviously doesn’t want to be left behind when it comes to broadband on the move. The company has its own-brand mobile phone service, so it’s wasn’t that much of a leap for it to add mobile broadband into the mix.


Virgin is offering mobile broadband via a number of different deals. For example, if you’re already a Virgin customer using it’s XL (20Mb) or L (10Mb) cable broadband packages or its ADSL Bundle 1 offering, you can get mobile broadband with a 1GB usage allowance for an additional fiver a month. If you’re on one of the lower-end home broadband deals you can get the same package for a tenner a month.


However, for this review we’re looking at the standard retail pack which targets people who don’t already have a Virgin service. This deal costs £15 a month on an 18-month contract for a 3GB monthly download allowance and a free USB modem.

The pack comes in a store friendly box with the USB dongle clearly visible through a clear plastic window on the front. On the rear there’s the genius marketing slogan – “Get the Internet Outside”. Who said Britain was being dumbed down?


Inside, as well as the dongle, you’ll find a USB extension lead and the Virgin Mobile Sim card. The silver and black dongle is branded on the front with the Virgin Mobile logo but flick it over and the markings on the rear reveal that it’s a Huawei Mobile Connect E160 USB modem. The left hand side of the dongle has a couple of interesting features hiding beneath two tiny plastic covers. The first is an aerial socket to let you hook it up to an external aerial to improve mobile reception, while the second is a microSD slot as the stick also acts as a simple single format memory card reader.

As you would expect, getting the dongle up and running is very straight forward. You just place the Sim in the pull out card holder which slides back into a recess behind the stick’s USB connector. When you push the dongle into your PC it first installs itself as a removable drive. Double-clicking on this starts the install wizard. Once completed you’re left with a shortcut on your desktop to the Virgin Broadband application.


Seeing as Virgin Media hasn’t suddenly bagged itself its own 3G license the question is where is it getting its network from? As with the standard Virgin Mobile phone service, it’s actually all built around T-mobile’s network. As a result anyone who’s used T-mobile’s mobile broadband package will be instantly familiar with the software provided here. It’s rebranded with the Virgin logo, but otherwise it remains largely unchanged. You get a useful scrolling graph which plots in real time your current download and upload speeds, while a sidebar displays your daily, monthly and yearly download data usage.

We tested the service in East London and the majority of the time we were getting signal strength of 90 per cent or above. Download speeds tended to jump around between 0.8Mbps and 2.1Mbps, but more often than not the achievable speed was closer to the 1Mbps mark. Upload speeds were more consistent and hovered around the 0.3Mbps mark.


These speeds put the service broadly on a par with most of the other mobile broadband offerings around at the moment. Certainly it feels fast for normal day to day surfing and there’s enough bandwidth on tap for web applications like watching YouTube videos or streaming shows from the BBC iPlayer.

One problem, however, is the image compression which is turned on by default. Obviously this is designed to speed up the web browsing experience, but it’s set a little bit high for our liking and makes pictures look decidedly blocky. Unfortunately, there’s no way to turn this off from within the supplied software. We looked for a solution on Virgin’s website, but it seems that it simply doesn’t offer a way to disable it. However, you can get around the problem by going to the T-mobile site and downloading its Web n’ Walk Accelerator application. Nevertheless, Virgin really needs to offer its own solution to the issue.


Virgin’s service certainly works well and delivers decent download and upload speeds. The supplied software makes it easy to keep track of your data usage and the company is very upfront about it’s coverage area.


The main problem we have is with the pricing of the service. Virgin’s standard 18-month contract deal costs £15 a month for a 3GB data allowance and a free dongle. However, T-mobile’s own package is better value as for £15 a month, plus a one off £15 fee for the modem, you get the same data allowance, but you also get free access to T-mobile’s network of Wi-Fi Hotspots. That said, if you’re already a Virgin premium broadband customer then its £5 a month service with a 1GB data allowance is very competitively priced.