With a steady stream of high-end products making its way through our office, it’s often difficult to find time for the value products out there. So following on from our recent review of the barn storming, £380, HTC Desire, we’re today looking at the VM621i, a small and light candy bar phone available exclusively though Virgin Media for just £10.


It’s no surprise at this price that the VM621i’s body is entirely constructed from plastic. Nevertheless, the faux brushed metal and black combination works well and the phone’s clean lines give it a simplistic aesthetic appeal. With a weight of just 71g and dimensions of 14.5 x 44.5 x 12mm it can fit easily into a pocket and go unnoticed.


As with its plastic construction, the VM621i (which is actually a rebranded Alcatel OT-600) betrays its cost when it comes to physical features. For instance, there are no volume controls, headphone jack, or camera button, with only a mini-USB port on the right side serving three functions: charging, data transfer, and headset connection. A wired headset is included in the box, which at this price is hardly a given, but its uses are limited. There’s an inline mic and the earphones provide adequate audio for calls and are passable for music listening. They don’t, however, cut out external noise very well so commuter natter or road noise will require damaging levels of volume to be drowned out. 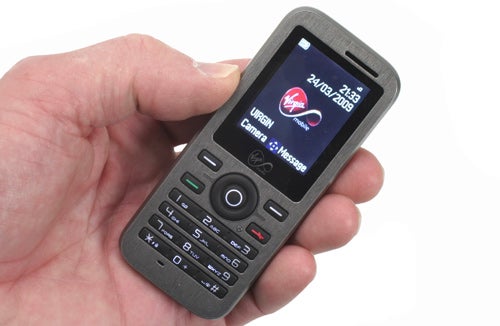 At 1.8in, the screen is small by any standards and with a resolution of just 128 x 160 pixels, we aren’t talking Hattori Hanzo levels of sharpness. More worrying though is quite how poor this screen’s viewing angles are. Whatever direction you view it from, go beyond about 30 degrees from perpendicular and the picture is almost invisible. This is typical for a cheap handset but still regrettable. Overall, though, you can still make out what you’re doing, and at least its colour!


A somewhat more unexpected bonus is that under the battery cover is a microSD slot. This means you can easily add music to or copy photos from the phone. That said, being as the music player can’t even put tracks in the right order, it’s a mixed blessing – albums are listed in alphabetical track name order rather than track number. 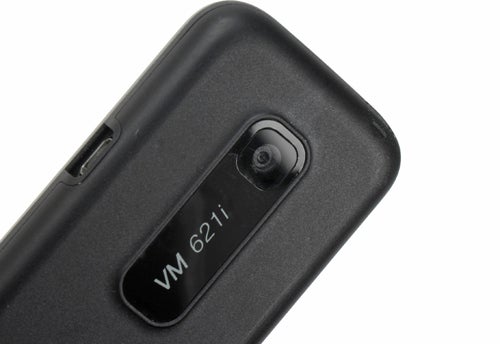 Likewise, the camera leaves a lot to be desired. With a resolution of just 1.3-megapixels and no flash or autofocus, it was never going to set any new image quality records but it is in fact particularly poor. In good light, colours are reasonably accurate and saturated but the lens produces huge amounts of distortion and detail is very lacking. Move indoors or into poorer light and shots become so grainy and dull as to be unusable. Now, we’ve seen plenty of cameras that perform little or no better in terms of image quality but what really lets the VM621i down is the shutter lag. It can take up to three seconds after you’ve pressed the shutter button to actually get it to take a photo.


This phone uses a standard keypad arrangement with a numpad sat below two soft keys, a D-pad with central select button, and call answer and end buttons (the latter doubling for power). All the keys are finished in rubber giving them a cheap look and feel. However, they do have a surprisingly good action with a nice obvious break, meaning we were able to type at a decent pace. The fact all the keys are backlit is a nice bonus as well at this price.

Looking at the VM621i’s software, it’s based on quite an effective if very simple operating system. On the homescreen (the background for which can be changed) you get battery and signal strength icons across the top with time and date shown just below. Along the bottom are customisable shortcuts to the camera and message folder. Meanwhile the D-pad also has four customisable shortcuts assigned to each direction and pressing the central button opens the main menu – all very simple and intuitive stuff. 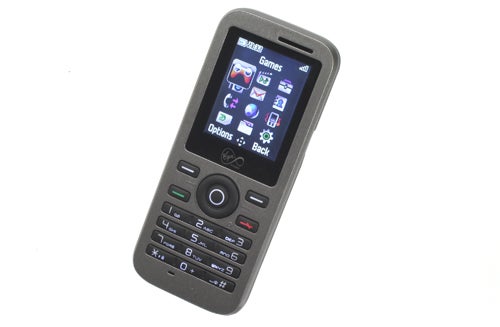 Once in the main menu, you’re greeted by an initial grid of options while further menu levels are simple text-based lists. It can take quite a few menus to get to the options you want but everything seemed to be where we expected and navigation, though not lightning fast, was sufficiently speedy.


In terms of messaging features, you get the ability to send and receive text and picture messages but there’s no email facility and messages aren’t arranged in conversations but are instead just stacked in the order they arrived. Likewise, contact organisation is limited with no social messaging integration or Outlook syncing or anything so fancy. What you can do, though, is arrange contacts into groups so you can, say, keep your colleagues and friends separate.

There is a web browser but it’s pretty slow and limited and due to the very low resolution of the screen it takes a lot of scrolling around to read anything. As for graphically intensive websites that don’t have a mobile version, like TR, it will often fail completely to load them. It does, however, have its uses in an emergency such as looking up the number of a hotel you’re staying at.


Other tools and features include a file manager, which is always useful for organising your music, photos, and videos. Incidentally, there is a video player but we couldn’t find anything that would play on it and considering the incredibly slow refresh rate of the screen we think it would be unwatchable anyway. You also get a calendar/organiser, calculator, unit converter, voice recorder, a contacts backup tool (contacts are saved to a memory card), and Bluetooth connectivity is supported. Overall connectivity, however, is limited. It doesn’t support 3G or have Wi-Fi and is a dual-band handset (limited mostly to working in UK and Europe). 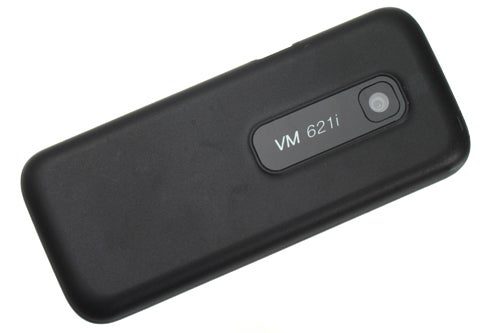 Call quality is acceptable though there was a slight hiss to the received signal and the microphone seemed sensitive to picking up background noise (especially birdsong). As you’d expect for such a simple phone, battery life is very good and just using this for the odd text and call should see you easily get a week’s use, if not more.


With a light, slim yet attractive body, colour screen, intuitive operating system, relatively speedy operation, adequate call quality, and impressive battery life, the Virgin Media VM621i ticks all the essential boxes for a basic phone. Sure, its web browser is very poor, it lacks volume controls, and the screen isn’t great but for £15 we can find no major reasons not to consider this for a cheap backup, emergency, or child’s phone. 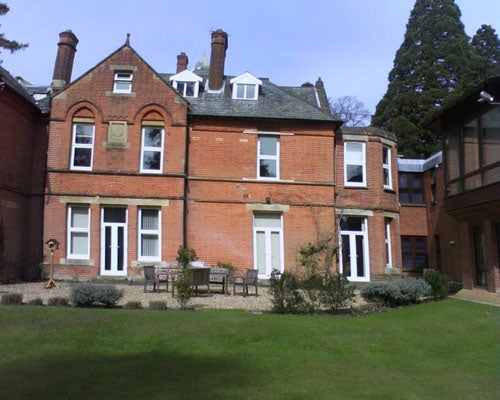 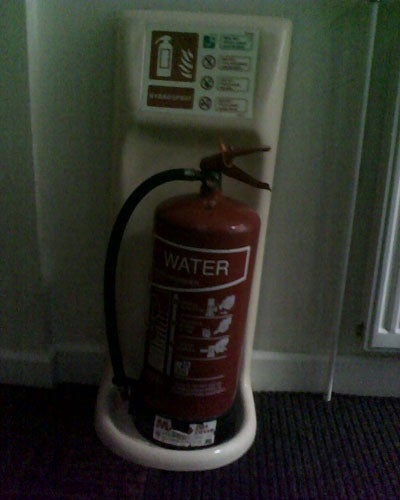 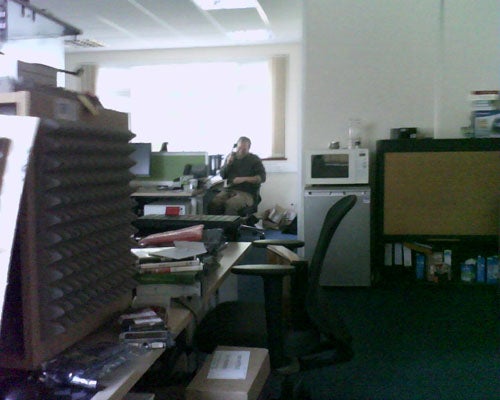