Say Portable Media Player (PMP) and most people think Apple, Creative, Archos or iRiver, but there are many other players intent on grabbing a piece of the market. One of these is Viewsonic, better known for monitors and projectors, and which has just launched two models, the VPD400 and VPD500. The VPD400 is the smaller and cheaper, coming in at a breath under £90.

The VPD400 is a pocket-size player, measuring 113mm x 75mm x 14mm thick and weighing a svelte 140g. Ours had a black plastic case, but the Viewsonic site shows white and the ubiquitous pink as alternatives. The screen is a 110mm active-matrix LCD and the unit has a built-in 1,800mAh Li-ion battery.


In this case, by built-in we also mean not customer-replaceable, which could be a mistake. Given that Li-ion packs have typical service lives of three to four years, having a player where you can’t get at the battery to update it could pull the player to a premature death.

Viewsonic claims up to 12 hours audio or 6 hours video off a single charge and we wouldn’t dispute that under normal use. The machine has an unusually geeky battery life display, which shows a real-time graph of voltage and current usage. Pretty much useless, but cool nonetheless.


This is not an all-singing PMP with touch-screen control. Instead, it relies on two trios of buttons set into its top edge. The left-hand set offers left and right navigation, together with a single-button play, pause and stop, while the right-hand set offers up and down, and Enter. There is also a sliding power switch on the bottom edge and a volume toggle on the right.

The menu system is reasonably well integrated with the controls, in a typical ‘cross’ arrangement. The main functions, like video, audio and photos, are ranged across the top, with options for each dropping from them, in columns – XMB style. The 8GB of internal memory is structured as a drive, with folders labelled Book, Movie, Music and Photo.


These folders show up under each of the main headings, which it makes it confusing when you first start to use the VPD400. It would be more intuitive to have the software select the appropriate media files for each category of media, so you only get offered videos under video and music tracks under audio. 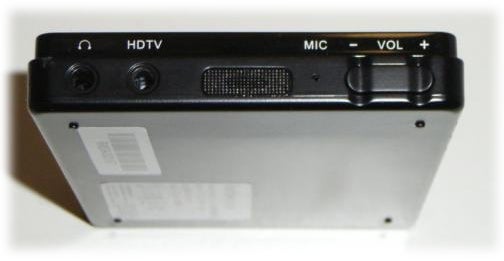 As well as the array of buttons, there’s a mini-USB socket on the left for connecting to a PC and a MicroSD socket to expand the storage. Headphone and HDTV sockets are also there; the maximum resolution the player can handle is 720p, displayed on its 800 x 480 pixel screen or via the output socket.


There are mini stereo speakers set into left and right edges and a 5V power inlet for the supplied charger. This comes with a range of different mains plugs, so is good for most European countries.

The speaker grills are minute and the sound they provide is governed by their size. As you’d expect, there’s next to no bass output and little mid-range, either. They’re adequate for speech, so if you’re playing back a quiz show or soap they give enough to hear what’s going on, but for movie soundtracks or music playback, you either need to take an audio output to external speakers, or use headphones.


The supplied headphones look like pretty standard fare for those bundled with a player, but sound a bit better than expected. The sound is crisp and well advanced on the sound stage and while there isn’t a ‘right there with the band’ feel to them, there’s a good frequency range and enough volume to drown out extraneous noises from the real world.

Getting media onto the VPD400 is fairly straightforward, via the supplied USB cable, though we did have one XP-based machine which failed to recognise the device. We tried it with another XP PC and one running Vista 64 and both recognised the player without problem, suggesting the fault wasn’t the player’s. 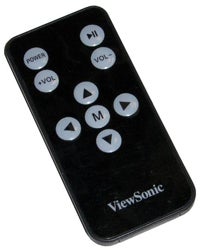 Of the WMA tracks we copied from files on our server, which play fine through Windows Media Player, some produced good copies while other ones played at around half speed, with a lot of echo. Using the player as an external drive to a PC and playing the tracks back through Media Player restored correct playback, so this does look like a problem with WMA decoding in the VPD400.


As well as WMA, the player is compatible with MP3, WAV, FLAC, APE and OGG. It’s good to see more players including support for lossless compression. With storage capacities ever increasing, more people are choosing high quality formats to store their music.


Video playback is good. The VPD400 can read AVI, FLV, MP4, MOV and H.264 files, among others, and the media we tried played without problem. The screen is big enough to watch a full feature movie without strain and colour is natural. There’s plenty of detail and no trace of hesitation, even in fast, action sequences. 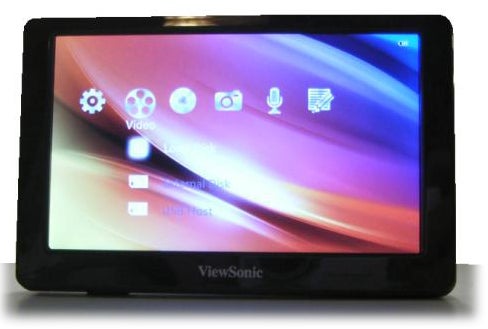 The VPD400 can display photos and again offers a good range of supported formats, including JPEG, BMP, PNG and GIF, and can also act as a small eBook reader. You can set bookmarks, to continue reading from the point you left off, but all books have to be straight TXT files – the player doesn’t handle anything more sophisticated.


It often seems odd to have a remote control on a pocket-sized player, but in the case of the VPD400, it’s easier to use this than the buttons on its case. The small remote has basic navigation, in a more convenient four-way cross, as well as power, start-stop and volume controls.


The VPD400 has the basic makings of a PMP, but there are some drawbacks. The controls are hardly intuitive and would be a lot easier with a four-way button pad. More of a problem, though, is the erratic WMA playback. While this could be a fault in this particular review sample, if it’s more widespread, Viewsonic needs to look at the firmware in the machine. For Version 2, the company should also consider a removable battery.