The V-Moda Remix Remote are described by their maker as “high-definition noise-isolating metal headphones.” I suppose that two, as they say, out of three ain’t bad. Metal? Certainly. Noise-isolating? Yes, indeed. High-definition? Well… chalk that one up to creative license. 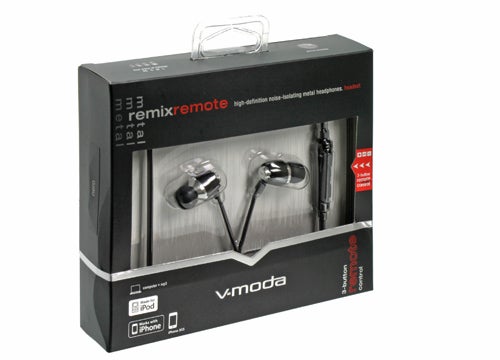 Not that I’m suggesting that the Remix Remote earphones should be criticised for not offering 7.1-channel, Dolby TrueHD sound; although that’s what “HD” audio is, in my opinion. Rather, I’m dubious that a pair of £90-odd ‘phones can realistically warrant such a definition – if you’ll pardon the pun.


Were one feeling generous, it could be argued in favour of the Remix Remote earphones that they have the look of a piece of HD home cinema kit. Their construction from chrome-finished metal and glossy black plastic is definitely stylish. The only flaw in this respect is that there’s no easy way to tell between the left and right ear pieces. A small L and R is etched onto the appropriate side, but it’s not very obvious. 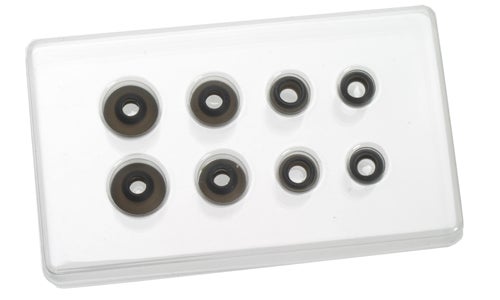 The in-line remote, which establishes these as iPhone-compatible earphones, is made from metal and the 3.5mm connector has an extremely sturdy look to it, imparting confidence in the overall built quality. The Kevlar-enforced cable feels nice and sturdy, too, although the ‘Y’ section above the remote does seem particularly prone to tangling itself should you let these earphones out of your sight for even a split second.


The earpieces themselves feature fairly large 9mm drivers, and as such err on the large side of comfortable for those of us with smaller ears. Nonetheless I was able to get a good fit and seal with the ‘S’ silicone tips, and there are two larger options and one smaller should they be required. Despite their size the Remix Remote earpieces aren’t heavy, so long-term listening doesn’t cause discomfort. 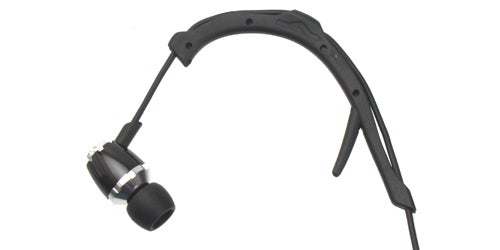 V-Moda also supplies what it calls “detachable sport earhooks,” to give an extra-secure fit when running the cable up and over your ears. I didn’t find these particularly useful, but they do serve their intended purpose. Rounding out the package is a soft carrying case making for a pretty complete overall offering.

Where the V-Moda Remix Remote earphones will most divide opinion is their tendency towards a bass-biased output, rather than the more neutral reproduction some rival ‘phones offer. Obviously it’s not an objectively right or wrong decision on V-Moda’s part, but it’s an important consideration. 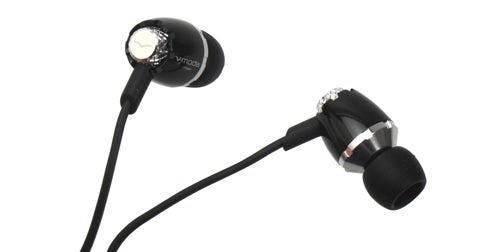 Listen to rock or pop tracks and that bassy output can really work, though. Giving AFI’s Crash Love a run through there was less clarity than through the similarly priced Etymotic Research hf2 headset, but at the same time there was more kick and presence. Considering how anaemic the iPhone’s output is at the best of times that extra oomph doesn’t go amiss.

This bassy flavouring isn’t entirely successful. If you’re listening to more delicate music – say some classic Django Reinhardt – you’ll notice the slightly muddied high end accompanying that powerful low response. It is, as ever, a matter of personal preference. Chuck on a bit of Rihanna or Pendulum while forgoing the Mozart and Beethoven and the V-Moda Remix Remote earphones will serve you well.

Really the only stumbling point is the Remix Remote’s compatibility list. For some reason, the in-line microphone is only compatible with the iPhone 3GS. As such, while I was able to use Voice Control on my latest-generation iPod touch, I couldn’t make or answer phone calls on my iPhone 3G. The controls still work, so it’s not a complete disaster, at least, but it is an inexplicable annoyance.


The V-Moda Remix Remote earphones do a good job of beefing up the normally lacklustre output of the iPhone and iPod range. The lack of compatibility with older models is a small nuisance, but if your Apple device is new enough these will make a competent upgrade to its god-awful bundled ‘phones.