Gaming PCs are a difficult part of the market, because it’s tough for assemblers to balance acceptable performance in the latest games with an attractive price. While of course there will always be those who would rather build their own system, many prefer the security and ease of buying a pre-built system backed by a complete guarantee. The best games-PC vendors will thus offer a combination of customisable ”and” prebuilt systems, and that’s exactly what market newcomer Ultimo PC brings to the table.


What we asked for was the smallest PC the company could offer, with gamer-friendly specifications for under £1000. Ultimo’s answer arrived as the PC Nano NN Series, and nicely within budget at £949.99.


For this outlay, you get a ‘mini chassis’, with an Intel Core 2 Duo E8400 running at a speedy 3.00Ghz and cooled by a Thermaltake Blue Orb Mini. A 64-bit version of Windows Vista Premium makes full use of the four gigabytes of 800MHz Corsair DDR2 RAM, and a 500GB Samsung Spinpoint hard drive takes on storage duties. AMD’s ATI 4850HD, which won our coveted Recommended Award, makes for a highly capable, relatively small and quiet gaming card. 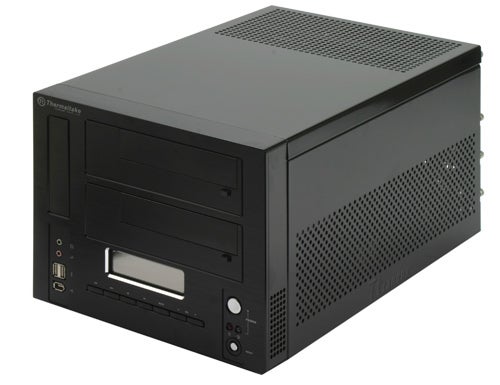 Ultimo isn’t as big as the likes of Dell and HP so understandably it uses commercially available cases, rather than custom built ones, across its range. Obviously, this can be an advantage or a down-side, depending on the quality of the case used. The Nano NN comes in a Thermaltake Lanbox HT, which initially surprised us by its sheer size. At 300 x 430 x 230mm (WxDxH), it isn’t quite the svelte figure we were expecting and it’s quite heavy to match, with the case alone weighing 7.5kg. One will certainly have to take Ultimo’s “three times smaller than a gaming system” with a generous pinch of salt.


Nor does this compare very well to a SFF (small form factor) PC from Shuttle, like its 220 x 325 x 210mm model P2 4800P. But to be fair, a comparable specification from that company will set you back around £1500 MSRP, with only a one year warranty compared to Ultimo PC’s three-year effort.

Getting back to the Lanbox HT, the front panel appears a little cluttered, but overall it makes a solid, clean impression. The whole case is constructed using steel, and the front section sports a black brushed metal finish, while the rest of it is glossy piano black. At the front you’ll find two 7.4in drive bay covers with integrated optical drive front ends, one of which is taken up by a Samsung 20x Lightscribe DVD-writer. Below these is a 3.5in wide two-tone display which can be used to display things like case temperature, date, time, weather forecast, etc.


There’s a range of media buttons below this, including volume and track controls, which combined with the screen, the right components, and the bundled remote make for a great Home Theatre PC setup. To the right of these is a large chrome power button, two garish LED indicators (combining both red and blue LEDs in such close proximty does nothing for the aesthetic) and below these a smaller chrome reset button.


To the left we find a vertically oriented empty 3.5in bay, which ideally should have contained a memory card reader. Underneath this reside 3.5mm headphone and microphone jacks, two USB2.0 ports and a FireWire port.

At the back is a rather outdated selection of ports thanks to the rather long-in-the-tooth Gigabyte GA-G33M-DS2R motherboard, which came out in 2007 – great news for all three potential buyers still owning legacy devices that require printer, PS2 or serial ports. Though Gigabyte includes an e-SATA bracket with its motherboard retail package, none is to be found here. You do get four USB 2.0 sockets, another FireWire, gigabit LAN and analogue 7.1 audio out, but this is the bare minimum you’d expect these days, and there are better versions of the G33M offering onboard e-SATA and digital audio. 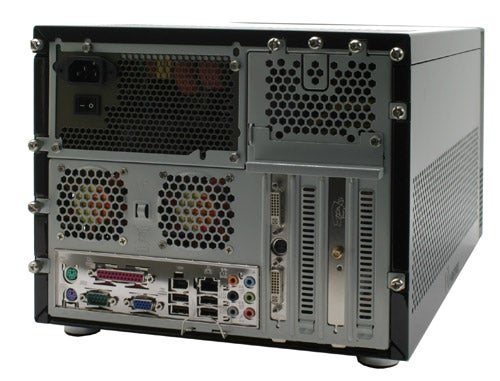 If you ever want to upgrade, the removable motherboard tray should make things a lot easier (once you get past all the screws), although Ultimo also offer a pretty interesting option: free lifetime labour on upgrades to your PC. Keep in mind though that you’ll be paying sometimes substantially more for components in addition to shipping. So if you don’t want to install things yourself and are approaching the end of your 3-year warranty, it might actually turn out cheaper to buy the hardware online and get it installed at your local PC shop.


Unfortunately, its weight and bulk aren’t the only problems with the Ultimo PC Nano. At the front it employs a 90mm fan, which is okay, but the twin 60mm ones at the back are rather noisy. Overall, the system produces an audible hum, which could have been much reduced by using two 120mm fans at both sides instead. At least you get adequate cooling, with the only heat pocket being beside the graphics card. 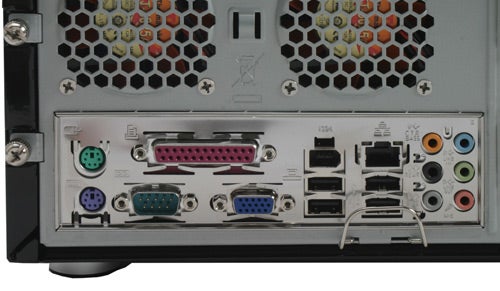 When opening the system up, it was also disappointing to find that the cable management was a tad messy, and there are no dust filters employed anywhere. Combined with the perforated side and top panels, after a few months your PC will have become a dust trap.


We were a bit disappointed with the included remote, as well. Though well laid out and featuring some very handy functions, the reception was poor, and we needed to hold it at a very specific angle to get it to work, which really is a pity as not only does the Nano feature custom media player software but the remote can also act as a mouse or keyboard. Moreover, the mouse implementation is especially good, with a large nipple-mouse-like central rubber button making pointer movement easy and smooth.


Also, though fully featured, the media software does little over and above what is available with Windows Vista Media Center, which comes included with all versions of Vista Home Premium.


Meanwhile, for those who don’t want to hook up gigabit Ethernet, wireless connectivity is on-board (which is miraculously still something of a rarity) courtesy of a Netgear WG-311 card, which takes up one of the two PCI slots. You also get one free PCIe x4 for further expansion.

Getting around to the software side of things, there are only four applications pre-installed: Avast Antivirus Home Edition, Skype, VLC and Nero7 SE – and three of these are freeware you can just as easily download yourself. The advantage is that for those who wouldn’t know how, there is a basic package for essential functionality installed, but I don’t see this kind of customer buying a gaming rig from a boutique PC vendor in the first place. Also, it would have been nice to have some Ultimo-branded – or at least gaming-themed – wallpaper, rather than the plain black you’re presented with. At least Ultimo can’t be accused of installing unnecessary bloatware, and given the choice, most gamers probably prefer the minimalist approach. 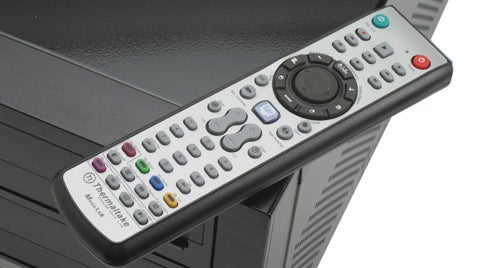 Overall, you get a relatively compact system with decent build quality, and adequate features – wireless being a nice addition. Hopefully the poor remote reception was a flaw unique to our sample system, in which case the media side of things is very well handled, with more features in that regard than most gaming PCs would offer. And though somewhat noisy, it does feature a range of top components which make it capable of breezing through most games at top details and high resolutions (57FPS in Call Of Duty 4 at 1,920 x 1,200 at maximum detail and with 4 x anti-aliasing enabled). It’s worth noting that on its website, Ultimo offers our Nano PC with an nVidia 8500GT as the ”only” option, which we hope will change soon. 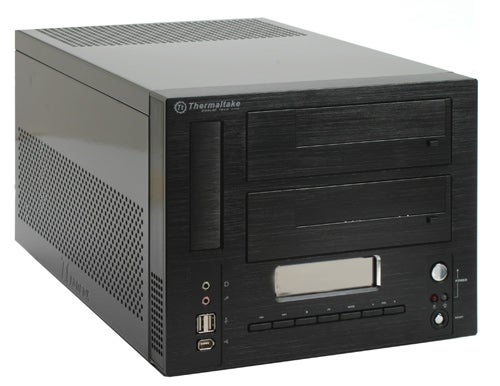 The one factor where the Ultimo PC SpaceSaver Nano falls down is on price, since – even taking into account the premium for the smaller case which few manufacturers offer – you can get better specified gaming systems for less money from other custom PC builders, with the same guarantee and delivery options. Not that Ultimo offers bad value for money, but we saw a full-tower system offering similar base specs with a Geforce GTX260 video card, 1TB HDD, Core 2 Quad Q9550 processor and Blu-Ray drive for the same price! Even the CyberPower Gamer Infinity Crossfire HD Ed looked at recently offered twin ATI 4870s and an awesomely overclocked 4GHz Core 2 Duo for only £50 more.


If you really want a relatively compact gaming system, the Ultimo Nano Space-Saver Series is worth considering, but otherwise it’s simply too expensive compared to some of the competition.