NAS has traditionally been the weapon of choice for small business network storage but trantec’s PROVIGO 210 Mini-SAN looks to deliver a very interesting alternative. This compact appliance utilizes Zetera’s Z-SAN technology which, since its launch back in 2005, has only had minimal exposure in the UK with Netgear’s SC101 and SC101T. The situation hasn’t been helped by Netgear as although Zetera would very much like to get into the business network storage market the Storage Central products have been aimed primarily at consumers. transtec brings a lot more features to the table as the Mini-SAN appliance has room for a quad of hard disks fitted in hot-swap carriers. On review is the model equipped with four Seagate Barracuda 250GB SATA drives and its low price tag puts it direct competition with a wide range of NAS appliances. transtec offers a good choice of capacities with the 4TB model fitted with the latest 1TB Hitachi drives and costing an unbelievably low £1,149 ex VAT. 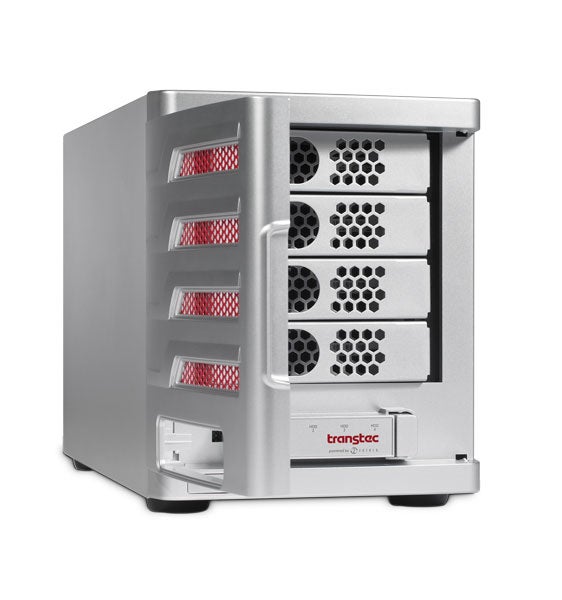 However, one of its main targets is iSCSI (Internet SCSI) as Zetera claims that Z-SAN is a more cost-effective alternative for building an IP SAN. At this price point, iSCSI can’t hope to compete as the only appliance we’ve seen in the sub-£1,000 area that supports this technology is Adaptec’s single drive Snap Server 110. We’ve discussed the Z-SAN technology at great length in our review of the Netgear SC101T where it essentially allows you to create logical hard disks which are called ‘IP partitions’. These are each assigned an IP address and appear as local hard disks. Each client system needs a SCSI miniport driver, a filter driver which converts file system commands into IP traffic and the Manager utility that is used to create and manage partitions.


Installation is a simple process where all components are loaded via a single utility. However, one component you must have on your network is a DHCP server as this is critical to Z-SAN operations. The appliance has a simple controller board, which itself requires an IP address and this also applies to each hard disk. Note that you cannot assign fixed IP addresses to any component. As each IP partition is created this is also assigned a dynamic IP address and this is one of the biggest bones of contention with the Mini-SAN as multiple appliances and partitions can take a large number of addresses. During testing we used a pair of appliances and saw them consume over twenty IP addresses.

Along with a superior hardware specification, the Mini-SAN scores over Netgear’s products as transtec’s Storage Manager utility is much more sophisticated. Along with a far more informative display it also integrates with the Windows SNMP trap service enabling it to provide pop-up messages in the System Tray to advise on errors or detected faults. On first contact, the Storage Manager searched the network for appliances and displays any logical partitions it detects. Creating new ones is easy enough as a wizard takes you though selecting a physical hard disk, deciding on a partition size and choosing a file format. For the latter you have two choices but only the proprietary Z-FS format enables partitions to be shared across multiple users. NTFS is supported but the partition will only be accessible to the user that created it. Usefully, you can apply password protection to each partition and to the physical drives as well.


There’s more, as during partition creation you can opt for mirrors, stripes and striped mirrors and you can deploy these across single and multiple appliances. You can even spread a single partition across multiple physical drives and to make hard disk identification easier you can rename each one and the Storage Manager will also blink the drive’s LED so you can see where it is in the appliance. The status page offers details of system events and provides useful pie charts of disk utilization. 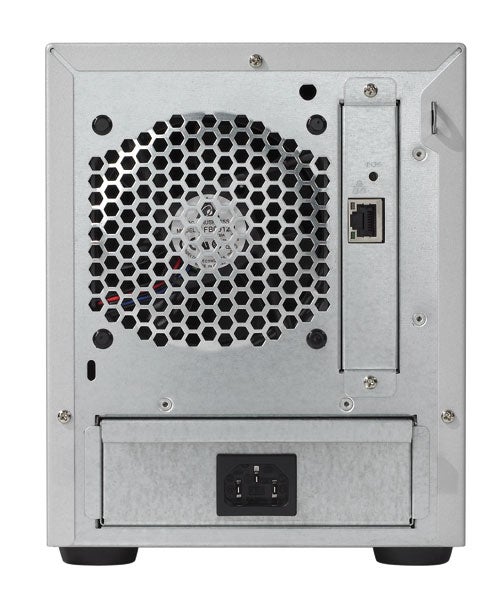 The Mini-SAN may be more cost effective than most iSCSI solutions but one area it can’t compete on is performance. Using a Supermicro 3.2GHz Pentium D workstation we copied a 690MB video file to and from a single Z-FS partition over Gigabit Ethernet and saw average write and read speeds of 20.4MB/sec and 21.5MB/sec. Most iSCSI appliances we’ve tested will deliver at least double these speeds. The Z-FS format also takes its toll as running the same test on an NTFS partition returned average write and read speeds of over 27MB/sec.


Transtec has been stingy with its software bundle as you don’t get any backup software included – it’s not great but at least Netgear includes the SmartSync Pro utility which provides backup and data synchronization tools. We also encountered an irritating problem with Z-FS partitions where occasionally Windows wouldn’t assign a drive icon to them. You may also need to reconfigure any local firewalls as these can block access although transtec’s manual does cover this. Nevertheless, if SoIP (storage over IP) piques your interest we would suggest the PROVIGO 210 Mini-SAN is currently the best one to go for.


The Mini-SAN delivers a fair amount of storage for the price and superior management tools to Netgear’s SC101T. Performance won’t worry most iSCSI products but it is faster than a lot of NAS appliances. It’s not perfect, but this is the best implementation of Zetera’s Z-SAN technology currently available.

(centre)”’The tidy management interface enables each hard disk one to be renamed, password protected and identified.”’(/centre)

(centre)”’To create an IP partition you decide on a size, choose physical drives and opt for NTFS or Z-FS file formats.”’(/centre)

(centre)”’Existing partitions can be renamed, mirrored, password protected and enlarged on the fly.”’(/centre)