If there’s one trend that stands out above all others in the TV world right now, it’s eco-friendliness. So it’s no great surprise to find Toshiba joining the green fray with the 42RV635D: a 42in LCD TV that carries a special ‘Eco-Panel’ designed to run at a lower wattage than your typical LCD panels. Which is all well and good, of course, so long as the set’s bid to save the planet doesn’t end up spoiling its picture quality!

The home for the new Eco panel is similar to the decently attractive design found on Toshiba’s cheaper 37AV635D, reviewed last week. Which is to say that a pleasantly slender bezel is finished in a very high gloss black, with a rather fancy illuminated Toshiba logo standing out boldly along the bottom edge. The only differences are that the 42RV635’s desktop stand is a bit smaller and cooler, and that there’s a gradual fade to grey in a 2cm or so section of the 42RV635’s bottom edge, above a strikingly – or should that be worryingly?! – slim speaker grille. I should probably add here for anyone wincing at the thought of a luminous Toshiba logo that the illumination can be deactivated. 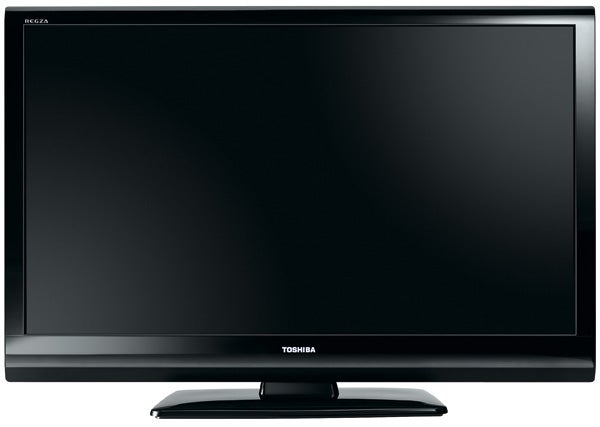 The 42RV635D is well connected for its money, with highlights of four HDMIs, a D-Sub PC input, and a USB port that can play JPEG pictures. I guess it would have been nice if the USB jack could have handled MP3s and video files too, but that’s probably not a very reasonable expectation given how cheap the 42RV635D is.

Briefly, for those of you not familiar with these two systems, Active Vision II is one of those ‘all-purpose’, multi-faceted picture processors that pretty much every brand now employs on its TVs in one form or another. The more interesting Resolution+ is Toshiba’s proprietary – and usually hugely impressive – attempt to turn standard definition pictures into something more akin to high definition by adding resolution and edge definition while keeping a firm lid on video noise. 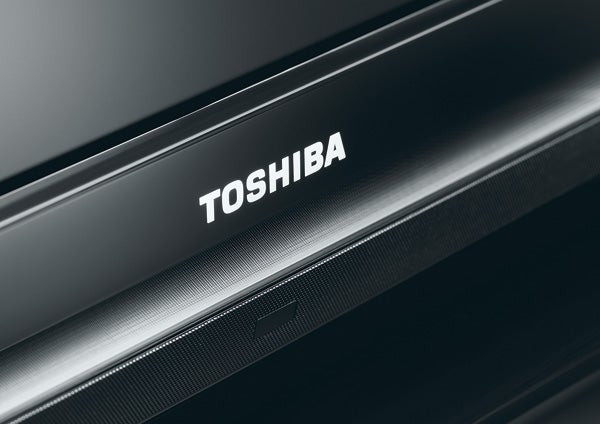 Another interesting element of the MetaBrain is its AutoView feature, a picture option which looks at both the image content ”and” the amount of ambient light in your room when automatically calculating the picture’s optimum brightness and contrast.

The 42RV635D’s brightness is only reckoned to be 450cd/m2 versus the 500cd/m2 of the 37AV635D, a reflection, perhaps, of the RV series’ Eco Panel design. But I wouldn’t expect this to be a problem in any but the brightest of viewing rooms. In fact, it’s entirely possible that the 42RV635D’s lower light output will actually improve pictures, by making it possible to produce dark scenes with less of the grey misting problem still common on LCD TVs – especially affordable ones.

Setting the 42RV635D up reveals the same sort of impressive flexibility noted with the 37AV635D. Among the extensive tweaks on offer are a genuine colour management tool that allows you to fine tune all six of the key video colour components; the facility to adjust the backlight ‘starting point’ of the AutoView feature; and the option to turn separate MPEG and 3D noise reduction routines off.

People who like to know that all the fancy processing they’ve paid for is actually doing what it’s supposed to will also appreciate the 42RV635D’s ‘Control Visualisation’ menu. This presents on screen two real-time graphs, one dubbed Distribution which shows the Number of Pixels along one axis against the image brightness on the other, the other called Control Curve showing a much more static line plotting the relationship between the post-processing output and original input signals.

It’s quickly apparent, as you settle down to watch the 42RV635D, that its Eco panel doesn’t seem to have hindered its picture quality at all. In fact, if anything its pictures look slightly better than those of the 37AV635D.

Easily the most striking benefit comes in the key area of HD sharpness. The screen’s Full HD resolution seems to assist the TV in reproducing HD images with more sharpness and texture than the ‘merely’ HD Ready 37AV635D, especially if you do the sensible thing and ensure that you’ve set the screen’s aspect ratio to Native when watching HD sources. This makes the screen map incoming HD video to its screen resolution on a straight pixel by pixel basis, removing the need for any rescaling processing to mess about with the picture. 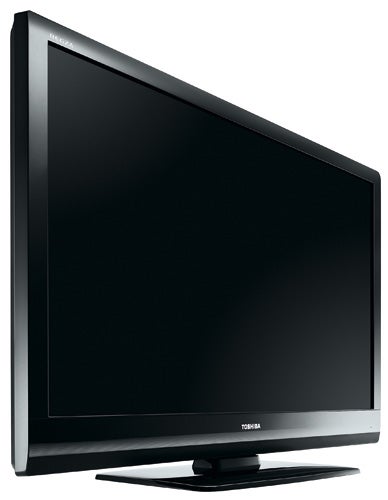 I also felt that the 42RV635 produced dark scenes more successfully than its cheaper sibling. Or at least it seemed possible to reduce the greyness over parts of the picture that should be black to an acceptable level without reducing the image’s brightness and punch quite as severely as I had to with the 37AV635D. There isn’t the same slightly blue undertone to dark scenes on the 42RV635D either.

This ability to produce dark scenes that retain slightly more dynamism than they did on the 37AV635D also helps the 42RV635D produce more convincing and diverse colourscapes during dark scenes. Plus there seems a touch more of the subtle detailing in dark parts of a picture that helps make them feel as if they occupy the same visual ‘space’ as bright scenes.

Another picture strength the 42RV635D shares with its cheaper AV sibling, meanwhile, is some likeably natural colours during bright scenes – actually enhanced a little by the extra colour blend subtlety produced by the RV model’s higher resolution. Motion is similarly well-handled, too, especially for a TV with no 100Hz processing, with only marginal motion blur to worry about. There’s a touch of judder while watching 24p footage, but seldom enough to seriously distract, and no more than we’d expect to see on a TV in the 42RV635D’s price bracket.

In ideal viewing conditions, the 42RV635D scores a comfortable 8 for its pictures. But please note that a couple of environmental factors can knock this down to a seven if either issue represents a problem for your particular viewing room. 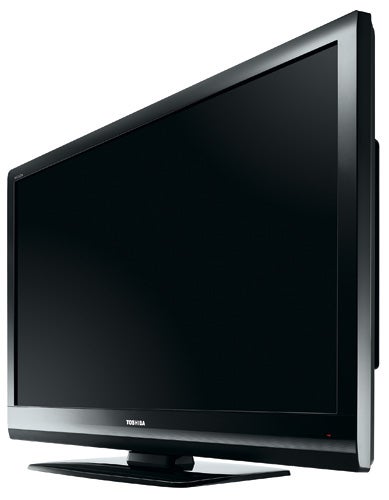 The most upsetting of these issues is the screen’s limited viewing angle. You really do only have to sit 20 to 30 degrees from directly opposite the screen to find its black level response dropping off dramatically, with loads of extra greyness coming into play. The problem is less likely if you’ve got a large room, where viewing angles to the screen won’t be as acute, but if your living room is rather small and you’ve got a family sufficiently large that one or more of you will have to sit to the side, I honestly think the problem could become really irksome.

The other thing to make you aware of is that although you don’t have to keep the 42RV635D’s brightness and backlight settings as low as the 37AV635D in order to achieve a convincing black level, the picture, when ideally calibrated for movie viewing, can still look a touch short of brightness – especially in a bright room. Though on the upside, the screen is very good at soaking up reflections. 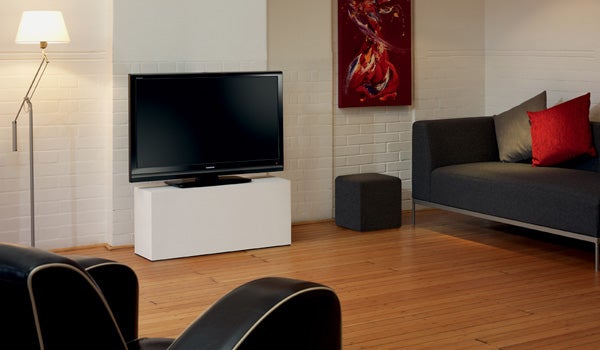 Turning to the 42RV635D’s audio, it’s… OK. The tiny speaker strip along the set’s bottom edge can produce more volume without distorting than I’d expected, and disperses the sound over a pleasingly wide chunk of your living room. Treble detailing is quite acute too, and vocals tend to stay clear even during a pumping action scene.

Predictably there isn’t enough bass depth around to stop the brisk trebles from sounding rather dominant and the sound mix thus a bit harsh when the going gets tough, but it’s still a respectable enough effort for its price level.

As well as potentially saving you a few quid in its lifetime with its reduced running power, the 42RV635D offers a more consistent performance level between HD and standard def over its cheaper AV635 siblings. As such, it’s a really good value proposition, provided you aren’t likely to find yourself sitting to the TV’s side all that often.