Aesthetically, I have to say I’m a little sad that Toshiba hasn’t made seemingly any design improvements for the 37XV635 over the 37AV635. It still sports the same glossy, stark, rather straightforward rectangular shape, given a little light relief by an illuminated Toshiba logo along the bottom edge. The good news is that while not particularly stylish, nor is the 37XV635 ugly. And it feels surprisingly well built for such a relatively cheap TV, too. 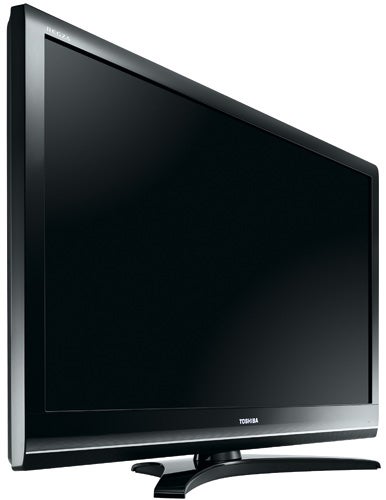 The 37XV635 is also strikingly well connected for its money. There are four HDMIs, for instance, as well as a surprising amount of multimedia support: an SD card slot for playing back JPEG photos, a USB port able to handle photo, DivX film and music files, and a dedicated D-Sub PC jack.


What’s more, these multimedia jacks are apparently no mere last minute ‘bolt on’, since they’re supported by a nicely presented Media Player application contained within the TV’s onscreen menus. The cheaper 37AV635 actually has a USB port too. But it doesn’t have the SD card slot, and nor does its USB support the DivX and music files of the 37XV635’s USB input.


The 37XV635’s improvements over its entry-level sibling become potentially more dramatic when you get into its key specifications. For instance, while the 37AV635 only had an HD Ready, 1,366 x 768 resolution, the 37XV635 goes the whole Full HD hog. This will be enough in itself for many of today’s TV buyers to justify the 37XV635’s extra few tenners over its cheaper sibling. 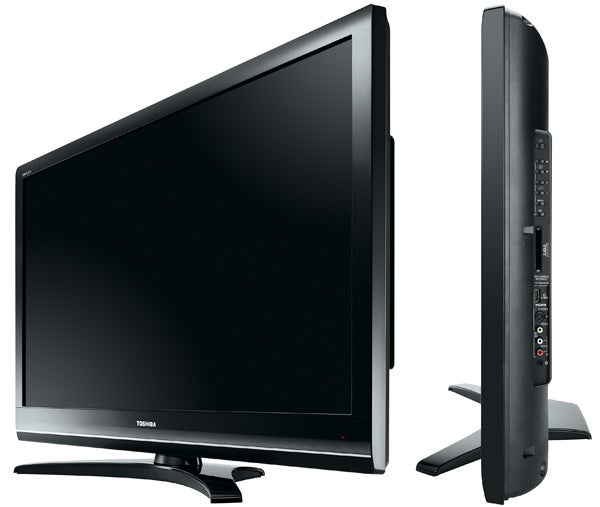 Also potentially very significant is the way the 37XV635 more than doubles the claimed contrast ratio of the 37AV635, to a respectable – though hardly breathtaking – 50,000:1.


As if all this wasn’t enough, the 37XV635 introduces 100Hz to the table. This motion sharpening trick forms an additional part of Toshiba’s trademark Meta Brain processing engine, which also incorporates the brand’s Active Vision all-purpose processing, together with its rather more interesting Resolution+ system.


Regular readers of this site will already be familiar with Resolution+, but briefly, for those new to Toshiba’s current TV range, Resolution+ is one of the most effective processing systems we’ve seen – at an affordable price, anyway – for remapping standard definition pictures to the screen’s Full HD resolution. 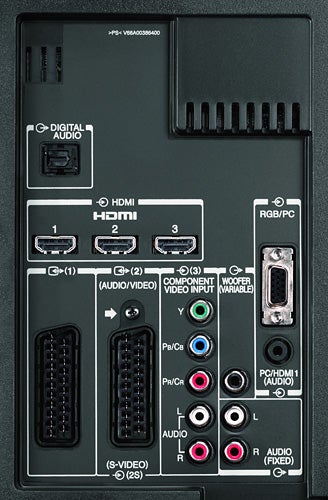 The only odd things about the 37XV635’s specifications as quoted by Toshiba are that it’s actually not quite as bright as its cheaper sibling – 450cd/m2 versus 500cd/m2 – and the fact that its quoted response time of 8ms is higher than the 5ms of the 37AV635. If these latter numbers are true rather than just a mistake on Toshiba’s specifications sheet, then we can but hope that the 100Hz engine will more than nullify the response time difference, otherwise we may have some motion blur on our hands.


The last thing to cover before getting into the 37XV635’s picture quality is the surprising setup flexibility carried within the TV’s onscreen menus. Gamma controls, black/white balance shifting, options to adjust the strength of or even deactivate entirely the 100Hz and Resolution+ systems… there’s even a colour management facility that enables you to manipulate all six of the primary video signal colours, right down to fine-tuning their individual hue, brightness and saturation levels.

And so to the million dollar question: do the 37XV635’s extra feature flourishes over the 37AV635 make their presence felt in its performance?


Happily, I’d say they do. But sadly I’d say their impact is not quite potent enough to make the 37XV635 the budget classic I’d hoped it might be. 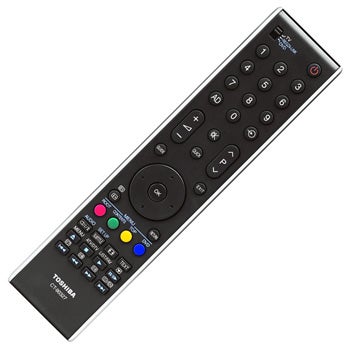 For me the single most significant improvement comes with the 37XV635’s black level response, which definitely looks more convincing than that of its cheaper sibling. Post calibration, there’s less greyness in dark areas, giving dark scenes a better sense of depth and believability.


The 100Hz engine, meanwhile, does make moving objects look slightly crisper than they do on the 37AV635. The level of improvement isn’t as startling as I might have hoped for, and there’s still a bit of judder. But any improvement is better than none, I guess.


I found myself even more impressed than usual by Toshiba’s Resolution+ system too, since far from collapsing under the strain of converting standard definition to a full HD rather than HD Ready TV, the extra pixel count in the 37XV635 actually merely reinforces how clever Toshiba’s engine is at adding detail to standard def pictures without making them look more noisy. Provided, at least, that you only leave the Resolution+ engine set to around three. 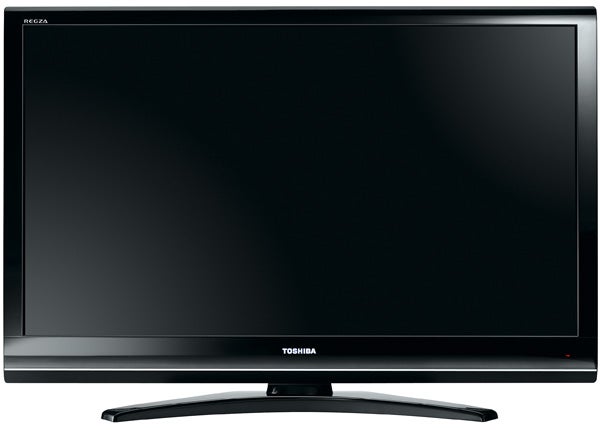 With this upscaling ability in mind, it’s rather puzzling to discover that the 37XV635 certainly isn’t the sharpest TV we’ve seen when showing HD sources. Don’t get me wrong; HD pictures are clearly sharper and cleaner than standard def ones, despite the TV’s talents at upscaling standard definition sources. But there’s also no denying that some rival brands – Samsung, Philips and Sony in particular – have competitive TVs that make HD images look markedly sharper and more detailed.


Another problem common to most of Toshiba’s TVs this generation is that the 37XV635 doesn’t look as bright as I’d like it to, once its settings have been modified to deliver a good black level performance. This can lead to one or two colours during dark scenes looking slightly restrained or muted – or at any rate, not quite in the same tonal plane as the set’s brighter colours.


The 37XV635’s sound gets us back on the improvement trail, as there’s slightly more power and dynamic range to its soundstage than you get with the 37AV635. These improvements aren’t quite enough to stop the speakers from sounding rather muffled in the mid-range when pushed hard by an action scene, but as I stated once before, any improvement is better than none!


On balance, I would argue that the 37XV635 does improve on the 37AV635 sufficiently to justify you spending more to get it. However, hopes that the improvements might be strong enough to make the 37XV635 a budget classic aren’t quite realised.