If you were a serious TV devotee back in the day when TVs were anything but flat, you might remember a little something appearing on the poshest CRT TVs that went by the name of ‘100Hz processing’. We certainly remember it perfectly, nerds that we are, and so we’re feeling really quite nostalgic about the apparent return of 100Hz – or at least something very like it – for the flat TV world, in the shape of Toshiba’s ‘Active Vision M100’ image processing system.


If all this talk of ‘100 this’ and ‘100 that’ is causing you major brow furrowage, then allow us to explain. The idea behind the original 100Hz system was that if you use processing to double the UK’s normal 50Hz TV image refresh rate, you can remove the subtle flickering effect many people experienced with large CRT TVs – as well as, it seemed to us, making the picture look more solid and colour-rich. 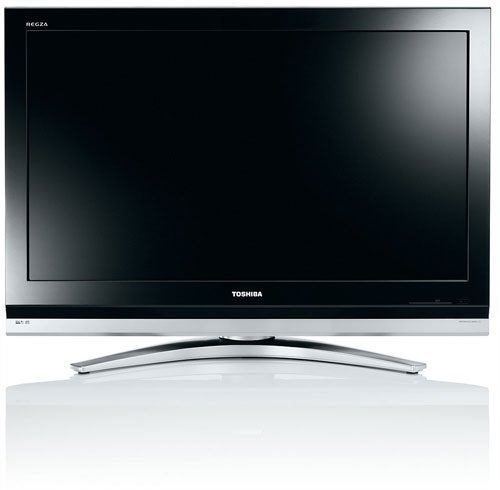 With Toshiba’s M100 system the core principal is the same; scanning the picture 100 times a second rather than 50. But here, with LCD being a largely flicker-free technology, the reason for doubling the scanning rate is actually to counter the problems LCD traditionally has showing rapid motion. The thinking being that adding extra frames of picture – which is effectively what 100Hz processing does – will make motion across the screen look smoother and sharper.


The home for this M100 is the 37WLT68. And a very attractive home it is too, looking suitably high-tech in its shiny black and silver finish and slenderness-emphasising lines.


It’s a supremely well-connected TV too, giving you not one, not two, but three HDMI inputs – just the job for simultaneous connection of a PS3, Blu-ray/HD DVD deck (or both!), and Sky HD receiver. It’s great to discover, too, that these HDMIs can take premium 1080p content as well as the customary 720p and 1080i options. However, the HD support only goes so far; the screen isn’t a ‘full HD’ 1,920 x 1,080 model, instead ‘only’ carrying the normal 1,366 x 768 pixel count.

Going back to connections, the HDMI trio is accompanied by all the usual suspects, namely a component video input, a D-Sub PC input, two Scarts, and that increasingly de rigueur indicator of a digital tuner, a Common Interface slot. Plus you get two more unusual offerings in the shape of a digital audio output to ship potential Dolby Digital 5.1 broadcast soundtracks to an AV receiver, and a subwoofer line out.

Toshiba even makes its own subwoofer as an option for the 37WLT68 that can be bolted onto the TV’s rear using the holes used for wall-mounting – provided, of course, you haven’t actually got the TV mounted on the wall…


Not surprisingly the Active Vision M100 system isn’t the sum total of the interesting features the 37WLT68 has up its sleeve. The Active Vision part of the name, in fact, refers to the latest version of Toshiba’s previously impressive LCD image processing engine, which targets colour tones, black levels, sharpness and motion with various processing algorithms. 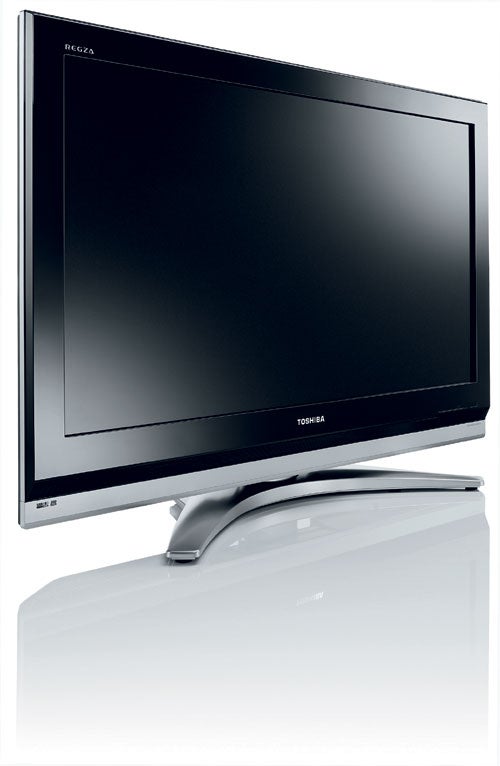 Heading off into the slightly dated-feeling onscreen menus turns up a few more noteworthy tricks, too. It turns out, for instance, that you can actually deactivate the M100 part of Active Vision M100 if you’re not sure it’s helping something you’re watching. Plus there’s a backlight control feature that boosts black level response by automatically brightening and dimming the backlight output in response to the brightness of the image content; extensive colour management options; and MPEG noise reduction to ‘smooth away’ potential roughness or blockiness in weak digital sources.


So to the moment of truth: does M100 work. Actually, yes it does. We threw as much fast-moving image content at it as we could think of, including Gears of War on the Xbox 360, an HD FA Cup footie match and John Woo’s marvellously kinetic Face/Off movie as shown on Sky HD. And toggling the M100 system on and off definitely showed motion to look crisper and less stuttery with the feature in play. We’ve perhaps seen similar levels of success with rival technologies, such as Philips’ ClearLCD system. But that doesn’t detract from Toshiba’s M100 achievement one bit – especially as it even holds up masterfully with that most tricky of LCD nemeses, the fast camera pan, and makes a positive impact on standard as well as high definition sources.


Considering how much processing is going on at any given moment, we really have to applaud Toshiba for how outstandingly noiseless its HD images look. There’s no general trouble with grain or dot crawl, and of 100Hz processing artefacts we discovered not a single trace.


Other general strengths of the picture include phenomenally vibrant colours that are also predominantly natural in tone during HD viewing, an unusually well-pitched white balance, and higher than usual levels of shadow detail in dark backgrounds.

Sadly, though, the 37WLT68 also portrays just enough niggles to stop us being able to give it an unreserved recommendation. The most troublesome issue is the way the set greys over parts of the picture that should look black rather more than we’re becoming accustomed to now that so many rival brands are getting to grips with this traditional flaw of LCD technology. 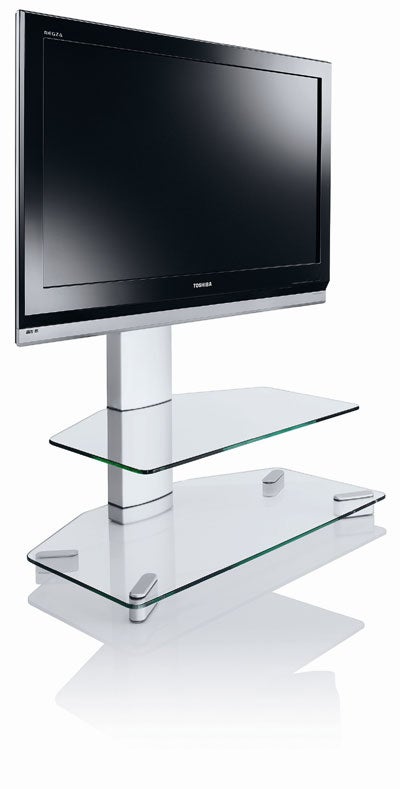 But we also felt that the TV is a little unhappy with some standard definition feeds, which can occasionally look a little unfocussed and slip off-message with colour tones. Plus it can exaggerate MPEG decoding noise in the picture, especially if you don’t substantially rein in the contrast and brightness settings.


The Toshiba’s sound, meanwhile, is best summed up as ‘perfectly decent’, in that it doesn’t do anything truly special but does at least have enough power, bass and clarity to immerse you in a typical action movie.


There’s no doubt that Toshiba’s M100 is another welcome attempt to counter a traditional LCD weakness. But now that Toshiba’s cracked that one, we can’t help but think it needs to turn its attention to the black level one too…