After the back, brain and eye strain induced by Sony’s huge, feature-heavy, 3D-capable KDL-60LX903 last week, we’re actually happy to see Toshiba’s 32AV713B today. For the ambitions of this relatively small 32in set really don’t run much higher than simply delivering a satisfactory but resolutely 2D AV performance for as little money as possible. Simples.


In the 32AV713B’s case, ‘as little money as possible’ translates to just £279.99. Amazingly, that’s more than £100 cheaper than last year’s equivalent Toshiba 32in model, and really does stick the knife into traditional budget brands like Bush and Goodmans. Whether it’s a knife to the heart, though, or a just a painful gash depends on whether the 32AV713B actually has some quality to accompany its cheapness.


First impressions are reasonably promising. For while the 32AV713B’s shiny finish looks and feels a bit plasticky when you get up really close, from a sensible distance the TV actually appears far more expensive than it is. Especially as the glinting bezel features some subtle but funky curves and a little strip of tasteful chrome within the bottom edge. 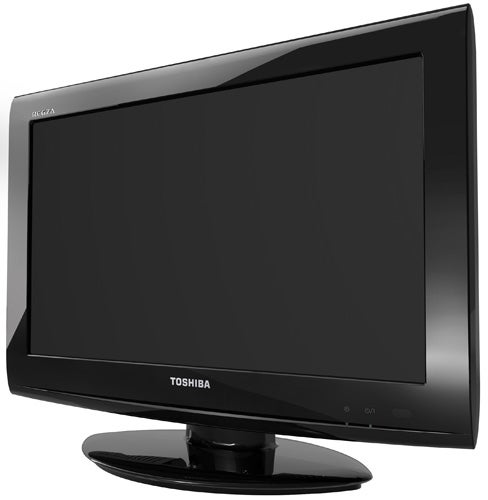 There’s a slight reality check on the TV’s rear, though, as we find just two HDMIs where we generally expect at least three these days. But in reality, two HDMIs will probably be enough for a typical buyer of the 32AV713B, on the grounds that either they don’t have the AV ambition or spare cash to have piles of different HD sources to attach to the set, or else they are getting the set for a second room.


What’s more, the 32AV713B redeems itself for its HDMI shortcomings by including a D-Sub PC input and a USB port that can play both JPEG photos and MP3 music files.


Not surprisingly for its price point, the 32AV713B doesn’t run to an Ethernet port, so there’s no access to DLNA PC files or any online features. Perhaps more disturbingly for some people, the lack of Ethernet port also alerts us to the fact that the 32AV713B doesn’t carry a Freeview HD tuner. The set sticks at standard def Freeview and analogue tuners. This is no great shock on a £280 TV, but we still thought you should know!


Again, this will immediately put off some of our HD-lovin’ readers. But at the 32in level of the market there will also doubtless be a good chunk of potential buyers – especially if they’re in the market for a 32in second TV – who either don’t have any HD sources, or have minimal interest in HD full stop. And for these people, the 32AV713B’s lower resolution actually might produce a better standard definition picture than affordable Full HD sets, since the level of upscaling required is that much less.

It’s no surprise after the fairly basic level of spec uncovered so far to find the 32AV713B only sporting Toshiba’s now pretty straightforward-looking Active Vision picture processing. But while Toshiba has improved on it for higher-level TVs, standard Active Vision has never been a bad system. And you could argue that finding any significant picture processing is a result on a £280 32in TV.


Heading into the 32AV713B’s onscreen menus, there are many more picture adjustments than we might have expected. For instance, you can adjust the backlight as well as the simple contrast and brightness values – and with a startling degree of subtlety too.


Even more impressively, you can tweak the gain of the red, green and blue colour elements; call in colour transient improvement circuitry; activate an Adaptive Luma Control system that adjusts the brightness and contrast automatically based on analysis of the incoming image content; and most remarkably of all tweak the hue, saturation and brightness settings of the red, green, blue, cyan, yellow and magenta base colour elements. 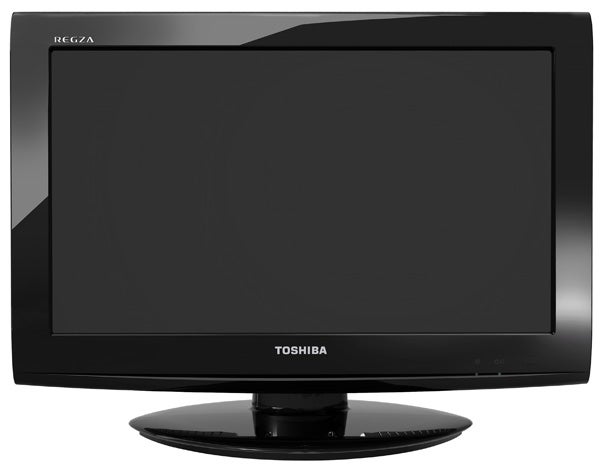 All this flexibility would be pointless if it couldn’t help the 32AV713B produce some good pictures. So it’s a relief that the set’s image reproduction outperforms its price point by a comfortable margin. In fact, we’d say its pictures are better than those of last year’s 32AV635D, which itself was no slouch for its money.


The area where the 32AV713B’s pictures most obviously seem to improve over those of its predecessor is brightness. There’s much more punch to images post calibration, as the set doesn’t need to sacrifice as much light output as before to deliver a decent black level response.


This allows pictures to have a generally more dynamic appearance, especially when showing dark scenes. And it further allows colours to look more luminous, for want of a better word, as well as more natural. After all, it’s easier to see subtle tonal shifts and thus stop swathes of colour looking plasticky or cartoony when there’s more brightness behind them.


Yet more good news finds motion being very well handled for a true budget TV, with impressively little of cheap LCD’s usual resolution loss and smearing. HD pictures look decently – though not world-beatingly – sharp and detailed too, and the set is also a good upscaler of standard definition, despite not carrying Toshiba’s Resolution+ detail-boosting processor.

It goes without saying, of course, that the 32AV713B’s pictures don’t entirely escape the shackles of its price point. For instance, while its images look punchy, black parts of the picture still exhibit slightly more greyness over them than you’d expect to see with good mid-price (£450-£500) 32in TVs. Especially when a scene contains a mixture of bright and dark elements.


We noted a tiny bit of input lag too, which might marginally disadvantage serious online gamers, and while motion blur is well handled, there’s definitely evidence of judder. Next, the set falls foul of LCD’s usual limited viewing angle issue, whereby contrast and colour reduce dramatically if you have to watch from an angle greater than 40 degrees or so. And finally we weren’t impressed by the picture’s presets at all, finding the Cinema one in particular miles wide of the mark. 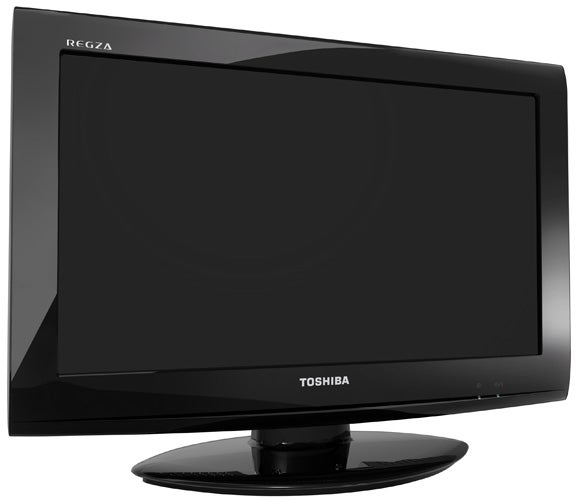 But the TV provides enough tools to get round this latter point. And when it comes to many of the other failings, they’re either more or less universal to LCD TVs generally, or else they’re only notable in relation to improvements you might expect if you spent more money elsewhere. None of the 32AV713B’s picture flaws actually look at all bad in the context of its ridiculously low price.


Shame, then, that the 32AV713B can’t muster a decent soundstage to keep those fine pictures company. The speakers tucked somewhere within the 32AV713B’s body – it’s actually quite hard to tell exactly where its sound is coming from! – are alarmingly short of both raw power and dynamic range, resulting in a soundstage that sounds thin, boxed in and muddy even when under relatively little stress. So you can imagine how unsatisfying things start to sound during a good Hollywood action scene.


Judged on its picture quality alone, the 32AV713B would have bagged an overall score of 9 and a coveted TrustedReviews Recommended badge. Not because its pictures are mind-blowingly brilliant in the context of the TV world at large, but because they are streets ahead of anything else we can think of at the set’s puny price point. And when you’re talking about a TV as cheap as this, you simply have to mark it according to its market context.


The set’s emphatically underwhelming audio, though, leaves us with no choice but to knock the set down to an overall mark of 8. In fact, it’s sufficiently bad that the overall mark might even become a seven for anyone looking for a TV to watch a lot of action films on.