This might seem a rather trivial way to start a review, but you just don’t get illuminated logos on TVs costing less than £400. Such niceties are always reserved for costly premium models, to make sure no casual onlookers can be in doubt that such TVs are ‘special’. Yet, as I write, I’m looking at Toshiba’s 32AV635D: a 32in LCD TV available for just under £395. And the Toshiba logo along the bottom edge is definitely glowing at me.

The reason I’ve decided to make such a big deal out of this merely aesthetic issue is simply this: that it provides a neat visual encapsulation of the TV’s uncanny ability to perform above its price in almost every area. For instance, the rest of the TV’s design beyond that luminous logo looks anything but cheap in its glossy black finish and strikingly angular lines. Then there are the 32AV635D’s connections, which remarkably include a startling four HDMIs, a dedicated D-Sub PC port, and even a USB jack for playing back digital photos onto the TV’s screen.

The good times continues to roll with the discovery that the 32AV635D houses a Meta Brain inside its slender body. This, if you’ve missed other recent Toshiba reviews we’ve carried on this site, is the groovy marketing ‘cover-all’ name for a suite of video processing options that includes Active Vision II and Resolution+. 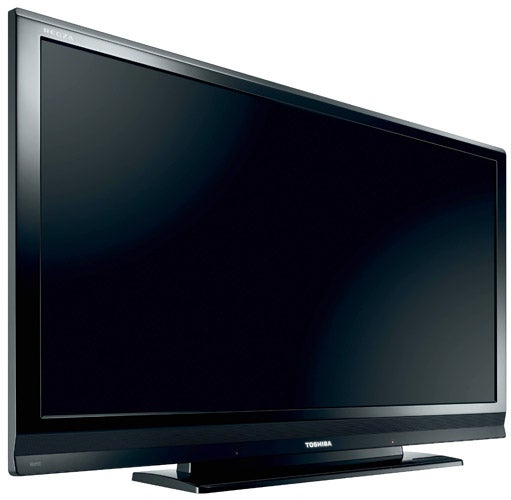 Active Vision II is one of those multi-purpose (colours, motion, contrast, detail and so on) processing engines found under various catchy names on the sets of practically every TV brand worth a damn these days. But Resolution+ is much more interesting. For it applies techniques derived from Toshiba’s PC cell processing technology to do a better job, in my opinion, of upscaling standard definition to the screen’s high definition resolution than any other similar system at anything like the 32AV635D’s price point. More on this later.

Another interesting trick on the 32AV635D is its AutoView mode, which combines continual analysis of both the ambient light conditions of your room and the brightness level of the image content to create an optimum image setting. You can even monitor what the TV’s processing is up to via a couple of onscreen graphs.

After all this, I had to pinch myself to be sure that I really was finding so many features on such a cut-price TV!

Of course, hot specs will only get a budget TV so far. But while it’s certainly far from perfect, the 32AV635D also performs better than you’d imagine possible too.

Inevitably, any assessment of a new Toshiba TV’s performance positives has to kick off by restating once more how well Resolution+ works. The way it manages to sharpen up even quite grubby standard definition sources from either the analogue or digital tuners, while also keeping a firm lid on video noise levels, really is outstanding. In fact, it makes the TV by default the best standard definition picture performer I’ve seen below £400. Or maybe £500, come to that. 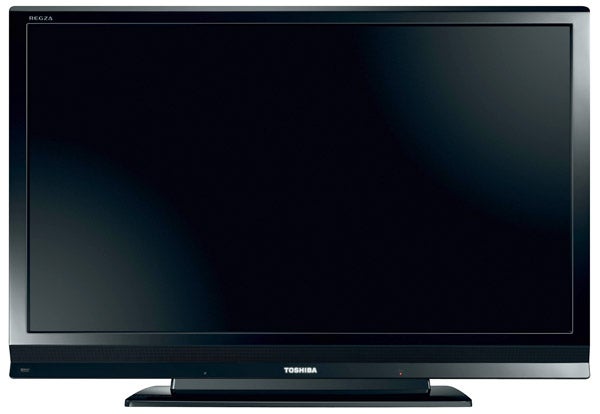 Of course, the resolution-enhancing antics of Resolution+ wouldn’t strike such a chord if they were let down badly by that common budget LCD TV failing of motion blur. But while there is certainly some resolution loss as things move around the 32AV635D’s screen, it’s not severe by any means considering there’s no 100Hz engine to help out. It’s certainly way less severe, at any rate, than you’ll find with the vast majority of other TVs at the same deflated price point.

Also surprisingly good is the 32AV635D’s colour response. Pictures enjoy a level of vibrancy and colour dynamism seldom witnessed on budget sets, and there’s enough subtlety in blends to make you forget the set’s lack of a Full HD pixel density. It’s worth pointing out, too, that the screen’s colour fidelity holds up with standard definition as well as HD, countering a common LCD failing.

In noting how dynamic colours look, it seemed to me that the 32AV635D’s black level response isn’t at all bad, either. This might sound a bit surprising given that I wasn’t exactly overwhelmed by the black level talents of this TV’s 37in sibling recently. But relative to other budget 32in sets, the TV can certainly do black well enough to ensure that normal, every day pictures look punchy. Maybe, too, the smaller screen area ‘hides’ during typical TV fodder any black level insecurities that might be revealed when I spend time with a few high-contrast movie sources in a moment or two.

It is indeed the case that black levels look less successful when watching dark scenes in contrast-rich films. Not so much because there’s an overt level of grey clouding over black areas, as we find with many budget LCD TVs, but rather because dark picture areas look hollow. This is presumably because the TV has to sacrifice quite a bit of brightness to keep the grey mist problem at bay, thus making it hard for the set to bring out the subtle shadow details that give really dark picture parts a sense of depth.

This problem is particularly striking using the TV’s Movie preset, so I’d suggest tweaking the TV’s ‘Standard’ settings a bit yourself instead to get a satisfying picture for films. 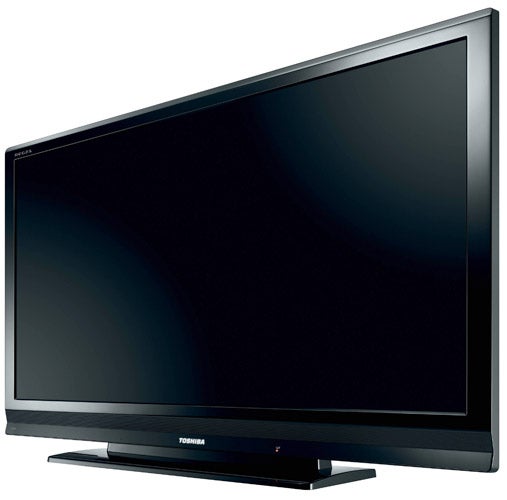 The TV’s lack of brightness if you want to get a good black level for movie viewing can also make the 32AV635D’s pictures look a touch flat if your room is full of ambient light. And it can leave one or two dark colours looking less natural than the general colour scheme, too.

Another problem finds HD pictures not looking quite as blisteringly sharp and textured as I’d like. The lack of brightness in a well-calibrated picture possibly again plays a hand in this. And my final moan is a familiar one with Toshiba TVs; that contrast and colour drop off markedly if you’re forced to watch the 32AV635D from any significant viewing angle.

Turning to the 32AV635D’s audio, it’s passable, but seldom much more. For while the speakers don’t actually distort under duress, there’s a decent mid-range, and treble information is clear, bass tends to sound depressingly thin and action scenes thus tend to sound pretty harsh.

The 32AV635D doesn’t have enough prowess with the higher definition things in life to make it a must-have screen for movie buffs. But then to be fair, given its £395 price tag and relatively small 32in size, the home cinema cognoscenti is hardly this TV’s intended market.

Considered more sensibly as a screen aimed at the budget buyer looking for either a good living room TV to partner predominantly standard definition sources, or a cheap TV for a second room, the 32AV635D has way more to offer than most, maybe all, of its similarly priced peers.