When Toshiba’s Camileo S20 was released about a year ago, it was the thinnest Full HD camcorder on the market. Since then, there have been a few Pocket Internet models with similar proportions, such as Kodak’s Playsport Zx3, Panasonic’s HM-TA1, and Sony’s Bloggie Touch. But it’s still very good value, and now there’s a new version called the S30.

The Camileo S30 is a couple of millimetres thicker than the S20, but you wouldn’t notice. The design is otherwise the same, at least externally. Inside, however, there’s a new sensor. Whereas the previous model relied on a 5Mpixel CMOS, the S30 ups the resolution to 8Mpixels, although as with most Toshiba camcorders there’s no information available on the actual size of the chip. Despite the increased CMOS resolution, the maximum still image resolution remains 16Mpixels, so picture detail should be a little better.

The lens is also fixed, as before, with just a macro switch on the top adjusting the physical lens configuration for close-up shooting. So both the zoom and image stabilisation are digital. However, you can now use both even when shooting Full HD, unlike with the S20, and the digital zoom has been boosted considerably to 16x, although resolution still suffers considerably when the zoom is called upon, and image stabilisation crops into the frame slightly too. 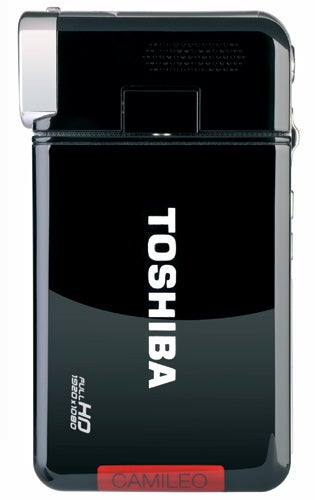 There are four video shooting modes available, all of which use MPEG-4 H.264 compression. Alongside the top Full HD 1080p resolution, which runs at 30 frames per second, there are two 720p options, running at 30 and 60 frames per second, plus VGA running at 30 frames per second. There’s 128MB of storage on board, but that’s enough for little more than a minute of footage, and we have to ask why Toshiba even included it. Instead, there’s a slot on the top for SD memory, which supports SDXC so can accommodate cards larger than 32GB. With Full HD video recorded at a reasonably respectable 13Mbits/sec, 1GB of SD storage will be enough for around 10 minutes of footage, or 40 minutes of VGA.

The biggest news is that the jog dial has been superseded by a touch-screen control system. With the fixed lens, this doesn’t provide any touch focusing, and it doesn’t offer touch exposure either. But the menu options, such as they are, have been made a little easier to access. Simply touch the screen to call up the menu, with functions accessible via icons at the top and bottom of the screen. 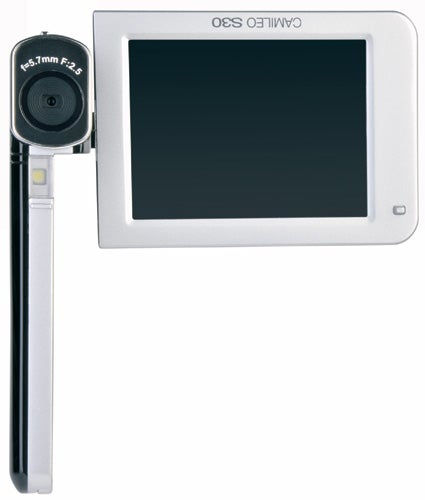 The top three icons let you toggle image stabilisation, change the recording format, and turn on the LED video light or Digital Light modes. The latter essentially ramps up the video gain, so you can see more detail and a brighter image in poor illumination. Along the bottom, the full menu provides access to these features again, but also some fun additional options.


There’s a motion detection setting, which will trigger recording if action is picked up within the frame. The slow motion setting crops into the frame considerably to produce video with a resolution of 320 x 240, but recorded at around four times the usual frame rate, then played back at the usual 30 frames/sec for smooth action. There’s a pre-rec option, which continually buffers footage, tacking this onto the beginning of the clip when you hit record so you don’t miss any action, if you pressed the button a fraction too late. There’s a time lapse function, which grabs one frame every one, three or five seconds, and then stitches them together to create one seamless video file. 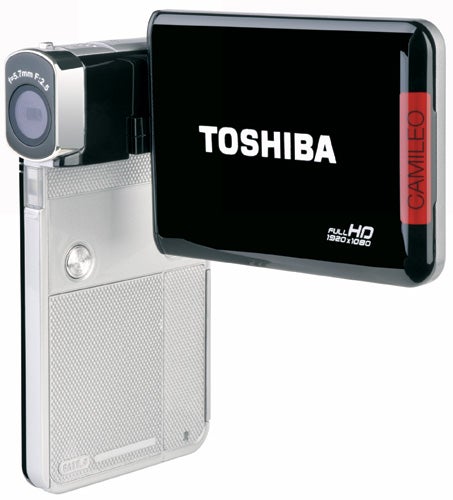 The effects section provides access to scene modes, filters and white balance options. The scene modes include soft skin, night and backlight compensation, which really should have its own button for rapid access. Filters include black and white, classic and negative – essentially effects weâ€™d recommend leaving until the editing stage. The white balance options only include presets for daylight, fluorescent and tungsten. There’s no fully manual mode available.


There are also settings purely for photography. You can use the LED light as a flash, and resolution options include 3 and 8Mpixels as well as the aforementioned 16Mpixels. There’s a self timer, plus 800 and 1600 ISO options. It’s also possible to play your pictures back as a slideshow, which could be handy if you want to hook the S30 up to a screen and display pictures on that.

There are a few discrete buttons available, however. On the rear, a rocker works the zoom, and a switch is available to turn on the Digital Light mode and the LED video light. Strangely, there’s a separate button to pause video when in playback mode. On the side, buttons toggle between camcorder and stills camera, and provide a one-touch Internet upload function when connected to a computer.

In the past, we haven’t been overly impressed with the image quality provided by Toshiba camcorders, and the S30 only marginally improves on this. In good lighting, it does a reasonable job, although the picture is a little softer than most HD camcorders are capable of, even pocket Internet models. In poor illumination, the image also looks a lot darker than most pocket Internet models, with only a small amount of colour remaining. However, the Digital Light mode does actually work, making the footage considerably brighter, although this is at the expense of noticeable grain, and the LED light is too weedy to have much effect. That said, many pocket Internet camcorders capture brighter footage without the need for any extra low light settings or LED assistance, so the S30 isn’t particularly commendable in this respect. 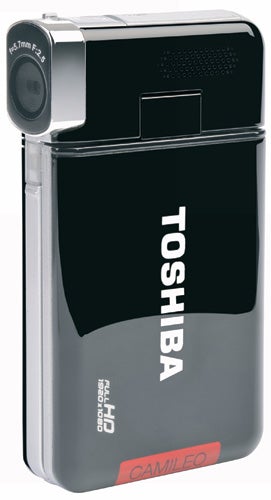 Toshiba continues its tradition of including a lot in the box, though. Aside from the requisite power supply, USB and composite video with mono audio cables, there’s also a cable bundled for connecting the S30’s mini HDMI to full-sized HDMI, plus a protective pouch with a belt loop, and best of all a mini tripod. This has flexible legs so you can position it as required, although it’s not as configurable as a GorillaPod.


Although it doesn’t have a built-in USB plug, relying on a cable instead, there is software on board. The Camileo Uploader app is very limited, offering just the ability to send your footage to YouTube, Facebook, Picasa and Twitvid. However, there’s also a CD included with Arcsoft Media Impression and Converter, plus a trial of MAGIX Video Deluxe, if you want to do something a bit more sophisticated with your video.


In the past, Toshiba’s camcorders haven’t been able to give the premium models from mainstream manufacturers anything to worry about, and the Camileo S30 does nothing to change that. However, at around £120 from some vendors, and with decent if not outstanding image quality and features, the S30 is worth considering. It’s cheaper than many pocket Internet models, although Panasonic’s HM-TA1 and Kodak’s Playsport Zx3 are better value overall. But it’s also a little more stylish than either, has many more settings and features, and has a decently sized 3in screen.