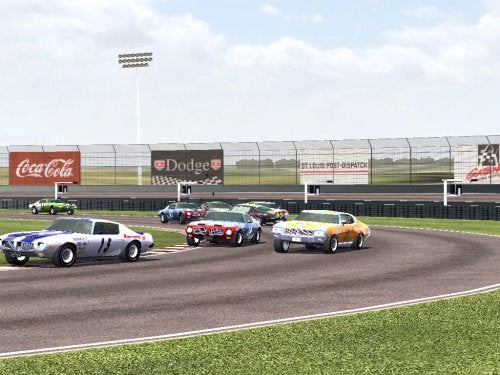 People of Britain, stand up and shout “hurrah!” In the TOCA series, we have a racing franchise to be proud of – one that can stand up to the might of Gran Turismo or Project Gotham Racing, and still bring something new, something different to the table. Goodness knows, it can’t be easy.


You see, things are tough for TOCA, and getting tougher all the time. On the consoles, it has long faced competition from the likes of GT or Forza Motorsport. On the PC, meanwhile, it’s been hit by Simbin’s double blow of GTR: FIA GT Racing and GT Legends: games aimed directly at the racing simulation market that TOCA used to call its own. This couldn’t have come at a worse time. And for all its pleasures, the last incarnation, seemed to show a franchise in danger of losing focus. There was too much story, too much video and – arguably – too many motorsports to handle. If TOCA had carried on down that route, it was at risk of losing any cohesion.


Luckily, TOCA Race Driver 3 responds the right way on both fronts. It offers something the competition lacks, while offering a more streamlined experience, which is – at the same time – still full of choice. The secret to that success? Simple. Structure. 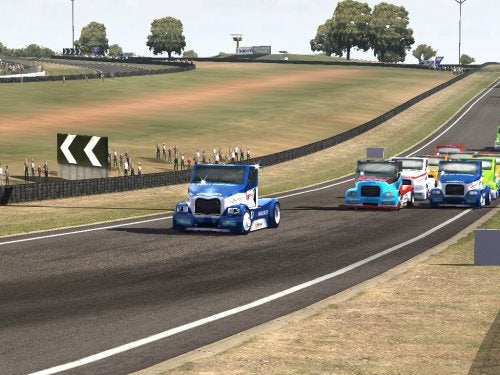 Basically, TRD3 is the first Race Driver game to both really keep the sim fans happy, while offering the more casual racer an accessible ride. And there’s still a ludicrous quantity and variety of content that no other racing game can match. The motorsports are divided into six classes – open wheel, GT, touring car, oval, off-road and historic – which means you may be racing Formula Ford cars one-minute and monster trucks the next, before dipping into some high-speed oval truck racing then competing in a 70s muscle car championship. I can’t think of any other racer that does so much so well.


And the easy way to give all these sports a try is the World Tour mode. Just imagine TRD3 as the whole range of dishes at your local take-away, and the World Tour as the set menu. It presents you with a selection of championships arranged in tiers, with you picking one of three in each. This gives you a chance to run the gamut of motorsports on offer, while avoiding anything – say, open-wheel racing – that really is not to your taste. You can see World Tour has evolved from the old TOCA Race Driver story modes, but its faster paced and more focused on the racing. 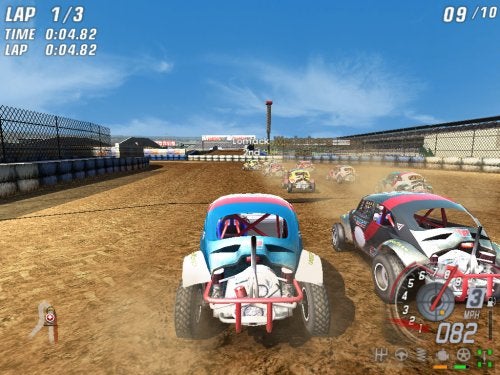 Yes, there are still links featuring the sarky Scottish manager, but these are shorter, and more clearly targeted at the coming race or the shortcomings of your last performance. The same goes for his comments from the pit – whether he’s upbraiding you on bad behaviour or poor technique, or drawing your attention to developing car faults, it’s practically an object lesson in how to do a race commentary that isn’t either meaningless or intensely annoying. 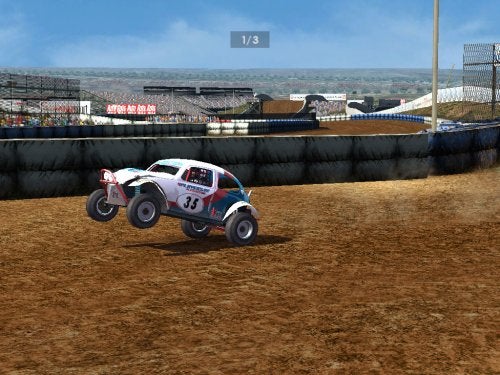 However, if you take your racing more seriously, you’re welcome to specialise. Enter the Pro Career mode, pick a discipline and you’re away, working your way up the championships and uncovering new cars and sports along the way. It’s a more realistic experience, complete with practice and qualifying sessions, crash procedures and a tougher damage model, and it ensures that TOCA covers all the bases. It’s never quite Burnout-easy, but it’s accessible enough that you can make progress if you’re a beginner without constantly flying off the track. On the other hand, if you want a more stringent racing game, you’ve got it. There’s even a special Pro Simulation handling model if you really feel the need to give your driving skills a workout. 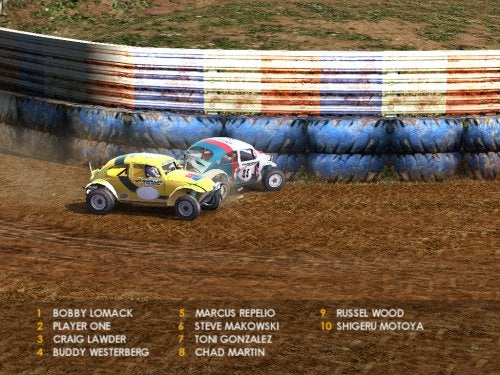 And in all of this, TRD3 has stayed true to what has always made the series special: good handling, a dynamic damage model, fierce AI and a gritty, rather British real-world feel. Rival racers never shy from a fight; they’ll back-end you if you’re in the way, nudge past if they can and block when you’re trying to get past. Unlike GT, where you can nudge your way around the corners, get it first place, then sit back on easy street for the rest of the race, TRD3 gives you plenty of back and forth overtaking – something helped by the fact that the cars are always, if not identical, then pretty evenly matched. There is no way to buy or upgrade your way to an undeserved victory here, and if that means TRD3 can be hard going at times, it also means that when you win, there’s a real sense of achievement. Hell, sometimes when you come third there’s a real sense of achievement. 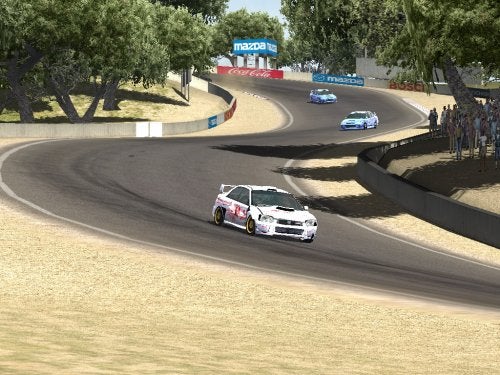 What’s more, while you’ll always prefer some to others, each of the sports has its own fun factor. With GT, it’s the speed. With Touring Car, it’s the fierce competition. Sometimes, as with the Monster Trucks or the hilarious, supped-up Baja Beetles, it’s just keeping in control of something that seems determined to hop and slide its way off the track at any moment. Even when it’s not perfect, TRD3 is nearly always entertaining.

Why not perfect? Well, there are some problem areas and, in this case, many are visual. Don’t get me wrong – the graphics are frequently excellent. Sliding around a wet Hockenheim in a Renault Clio is a great experience, while pushing high-speed Chevy trucks around a sun-drenched Oval circuit gives the game plenty of opportunity to show off its lovely specular lighting effects. However, there are always bits that spoil the illusion, whether it’s the flat, unanimated spectators, the distressingly blocky walls of tyres or the oddly dated-looking off-road vehicle models. One minute you’re speeding around Brands Hatch in an Impreza and everything’s great, the next you’re in an odd kart-like vehicle on a dirt track and you’ve travelled back in time about four years to a world of ugly textures and clumsy-looking models. The contrast can be rather disappointing. 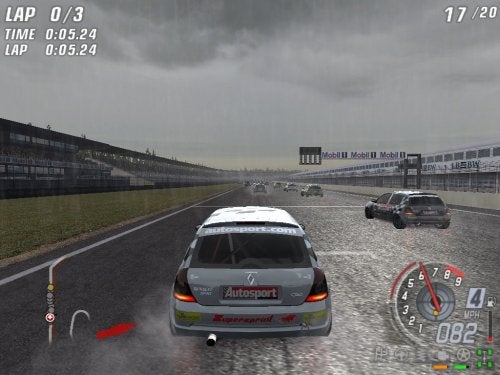 On the plus side, the audio is top-notch, with raucous engine sounds and a host of mechanical clicks, weird in-car noises and crunchy blows when you hit something that really do add to that gritty, realistic feel.


And it’s a sign of the game’s rugged charms that you’re prepared to look past the rough edges and just enjoy the racing experience. Perhaps TRD3 hasn’t got the cars or the awesome tracks of GT, but it probably delivers more satisfying racing. Maybe Forza matches it for competition, but it certainly can’t match it for variety. And while TRD3 won’t unseat GTR: FIA GT Racing as the sim-head’s choice, it’s arguably the better balanced, more straightforwardly enjoyable game. Perhaps it’s not the first driving game to buy on any platform, but it certainly deserves a place in any racing fan’s collection. If you’re from the UK, think of it as a patriotic act – buy British, buy TOCA, and be proud.


Despite a few rough edges on the visual front, this is amongst the most downright satisfying racing games around. It’s an approachable game with plenty of variety to tempt the more casual fan, but there’s more than enough depth for the petrolhead crowd. 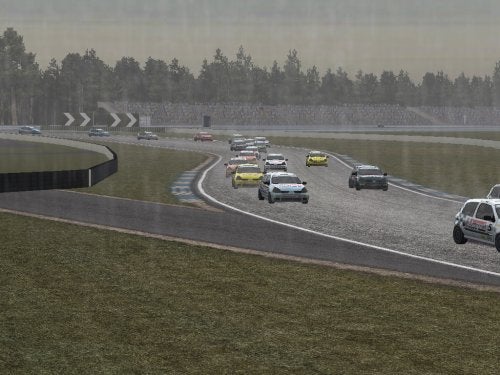