What is the Thinkware F200?

The Thinkware F200 is a mid-range dash cam. It doesn’t have a cutting-edge resolution, only offering Full HD, but there are many ways to expand its capabilities with optional extras. This is also a Thinkware’s dash cam that lacks a LCD screen, making its £130 price seem a little steep when compared to some of the cheap Chinese imports that have been flooding the market recently.

Thinkware doesn’t divulge a huge amount about the F200’s internal specification, only that a Sony CMOS with 2.12-megapixel resolution and Ambarella A12 chipset are used. This will be enough for the top Full HD resolution (1920 x 1080), but nothing more. The F200 delivers this at 30fps and a data rate of 10.8Mbps.

There’s also allegedly a 720p recording option available, but you won’t immediately be able to change any manual settings because of the F200’s lack of screen. Instead, you’ll have to use the smartphone app and built-in WiFi. 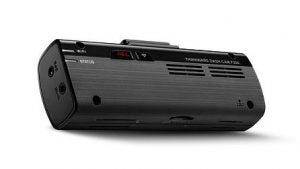 MicroSD cards up to 128GB are supported for recording video, although you probably won’t need one this large since recording loops to replace the oldest files once storage is full. A 16GB card would be enough for nearly 200 minutes of footage anyway, and this is what’s included in the box.

Thinkware appears to focus primarily on dash cams meant to be permanently installed. The F200 is rather small and innocuous, and comes only with an adhesive windscreen mount, rather than a suction-based option. However, you do get an additional 3M sticky pad in the box, in case you need to move the F200 to another car. 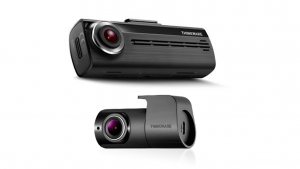 In fact, the F200 doesn’t even come with a power cable in the box, leaving you to choose one of its two separate options. You can purchase the normal car power adapter cable or one that’s meant to be connected directly to your electrical system by a professional. I was sent the former, and this bundle costs £130. The permanent option costs the same, but you’d need to either be capable of fitting it or happy to pay someone to do this for you.

If you want to change any of the settings on the F200, you’ll first need to turn on its Wi-Fi and connect to it via your smartphone, and then load the Thinkware app. However, this doesn’t include a lot of extra options, other than being able to change the exposure for dark, middle and bright, independently for front and rear cameras. 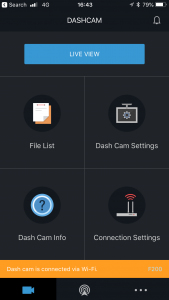 You can alter the sensitivity for the G sensor’s incident capturing, and enable a parking mode so the cameras will record if they detect motion when your vehicle is stationary. You can set some voltage limits for this, so the F200 doesn’t drain your battery below a certain level. It’s also possible to enable or disable safety camera warnings (which require the optional GPS, of which more in the next section).

One thing I couldn’t find in the app was any way to change the recording resolution or quality. So that specified 720p resolution option doesn’t appear to be available.

Whilst the specification of the F200 itself is somewhat pedestrian, Thinkware has numerous options for extending the dash cam’s functionality. For a start, you can purchase an external GPS module for £25, which enables the F200 to record your location along with its video. This also allows you to install a safety camera database on the F200’s memory card and receive audible notifications when you’re approaching a controlled zone. 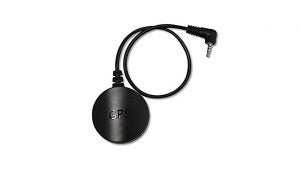 The GPS antenna plugs into a micro-jack on one end of the F200, and then sticks to the screen using a 3M adhesive pad. A second micro-jack is nearby for connecting an additional camera. There are multiple options here, starting with the BCH-610 internal rear camera, which costs £60 and is also compatible with the Thinkware F100. The rear camera only records at 720p resolution. 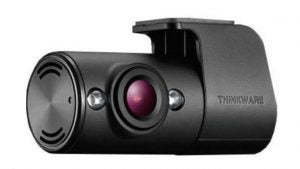 There’s an infrared internal camera, the BCH-610IR, which looks similar to the BCH-610 and costs £60 – but it features a couple of infrared LEDs. This isn’t meant for capturing cars behind you in complete darkness, however, since the IR LEDs would reflect off your window. Instead, it’s meant for recording people inside your vehicle, which could be handy if you’re a taxi driver – or maybe a spy. 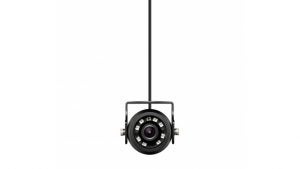 If you want to record external events in complete darkness, the final option is the BCH-600IRW. This infrared camera is waterproof and has a larger array of LEDs. This model is aimed at vehicles that don’t have rear windows, and since it will be exposed to the elements, it’s robustly constructed. It also comes with a longer cable than the other options.

You might think that Thinkware is lagging behind with its Full HD resolution when some manufacturers have been offering Super HD for a while, and even 4K in the case of the Nextbase 612GW. But the data rate and encoding algorithm also make a big difference. Unfortunately, the F200 uses a relatively low data rate for Full HD, so its video quality is only mediocre.

The F200 copes reasonably well with contrast and reproduces colours relatively accurately. However, high compression produces lots of artefacts, which have a negative impact on detail. This makes it quite hard to make out distinguishing features in the footage, such as any writing on vans or number plates. Dash cam manufacturers should really focus more attention on this area of their products, because it significantly reduces the usefulness of their offering.

Why buy the Thinkware F200?

The variety of rear camera options and ability to add a GPS antenna with safety camera warnings make the F200 a flexible choice for different kinds of dash cam user. Unfortunately, it’s let down by its mediocre core video performance. If the compression wasn’t so aggressive, image quality would be improved and the Thinkware F200 would be a better choice.