Thecus doesn’t mince its words with its latest N0204 miniNAS as it claims it is the world’s smallest NAS appliance. We certainly won’t disagree as its compact dimensions of only 132 x 88 x 63mm means it’ll fit in your palm, your bag and even your pocket.


The N0204 takes advantage of the latest 2.5in SFF (small form factor) SATA hard disks and can handle a pair of them where they are fitted in removable carriers that slot in at the rear. The appliance supports JBODs, stripes and mirrors and for the latter you can hot-swap out a failed drive. 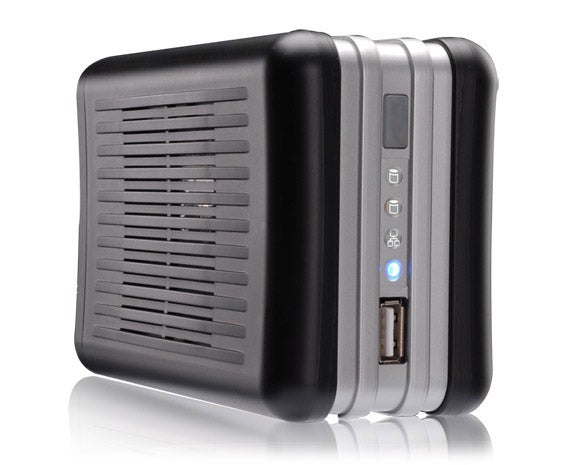 There are mixed views on the use of SFF drives as when we reviewed Synology’s miniscule four bay DS409slim comments were posted on the forum where one reader thought they were ‘stupid and expensive’. True, there is always a price to pay for miniaturisation but SFF drives do have distinct advantages over 3.5in drives.


For starters, they run a lot cooler allowing the N0204 to be fanless and virtually silent. They also consume a lot less power. With a pair of 250GB WD Scorpio Black drives installed we measured the N0204 sucking up no more than 11W. So, if you have no desire to wave your storage capacity around in public and only buy what you reasonably need then SFF drives have a lot to offer. 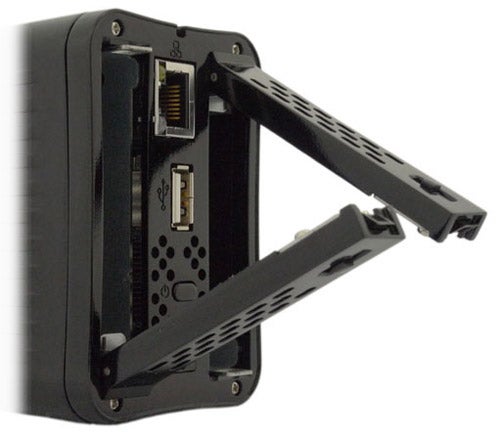 The chassis has vents all round to aid cooling and during testing we found that although it became warm to the touch, the appliance never got hot. We checked the web interface regularly over a one-day period and it showed the drive temperatures never going above 43 degrees celcius. Power management is also available so you can spin the drives down after periods of between 30 minutes and two hours and with this in action we saw consumption drop to 6W.


Considering its size, the N0204 offers a reasonable specification with an Oxford 810 DSE SoC (system on chip) in the driving seat, accompanied by 128MB of memory. A Gigabit network port sits at the rear and you have USB ports fore and aft. The front one ties in with the backup button above and pressing it copies the contents of the attached device to a predefined folder on the appliance.


Thecus has installation down to a fine art as the bundled Setup Wizard offers a one-click setup. For the test system, it created a mirrored array, automatically installed the operating system and created a bunch of predefined service folders ready for use.

Although Thecus has launched its new Ajax-based web interface this isn’t yet ready for the N0204 so we had to make do with the older version. Thecus advised us it expects a free firmware upgrade to be made available for the N0204 by mid-September.


Client support extends to Windows, Linux and Macintosh users and the N0204 will also function as an FTP server where you can apply bandwidth limits to uploads and downloads. Share security is managed only by a local user and group database as the N0204 doesn’t support AD authentication. 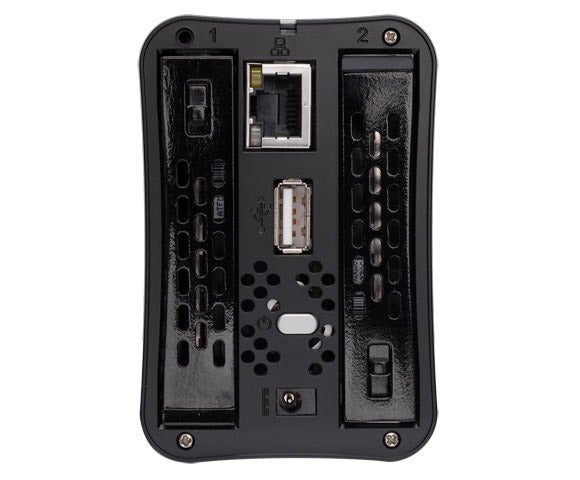 For multimedia you have a Mediabolic media server that lets you choose which folders to publish for streaming content from. An iTunes server is on the list and this service allows you to password protect your music folder. When a user logs into the appliance they are presented with the Web Server interface that allows them to access their own personal music, videos, photos and files and also the contents of connected USB storage devices.


Surveillance functions are provided as you can connect a USB webcam, capture images from it at selected intervals and store them on the appliance. IP cameras are also supported once the IP Cam module has been downloaded and installed but features aren’t as good as those offered by Synology’s DS409slim. 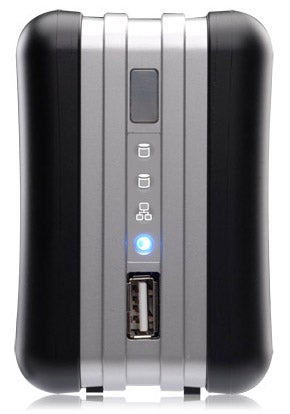 You can’t view live feeds and can only take scheduled snapshots from multiple cameras and store them on the appliance. We tested this with an Axis PTZ network camera and were able to take snapshots from its live feed at intervals of between a half second and sixty seconds.


Backup tools are thin on the ground as Thecus doesn’t include the FarStone DriveClone Pro software bundled with most of its larger NAS appliances. All you get is the Thecus Backup utility which is very basic. You can create scheduled full and incremental jobs to secure your workstation data to the appliance but its crude interface doesn’t offer anything in the way of reporting.


The N0204 put in a reasonable showing in our performance tests with copies of a 2.52GB video to and from a Broadberry dual 2.8GHz Xeon X5560 server returning average read and write speeds of 28MB/sec and 15.5MB/sec. We found FTP speeds to be better with the FileZilla client utility reporting speeds of 42MB/sec and 19MB/sec with the same file.


This pocket-sized package looks a good candidate as a portable NAS appliance. Performance is good enough for a general purpose storage device, the features belie its size and power consumption is extremely low. 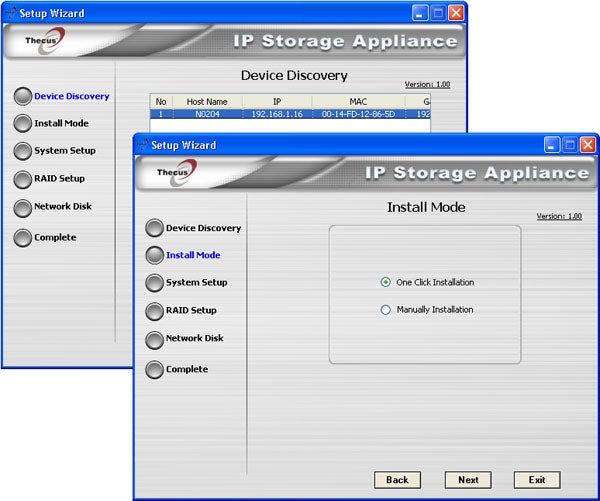 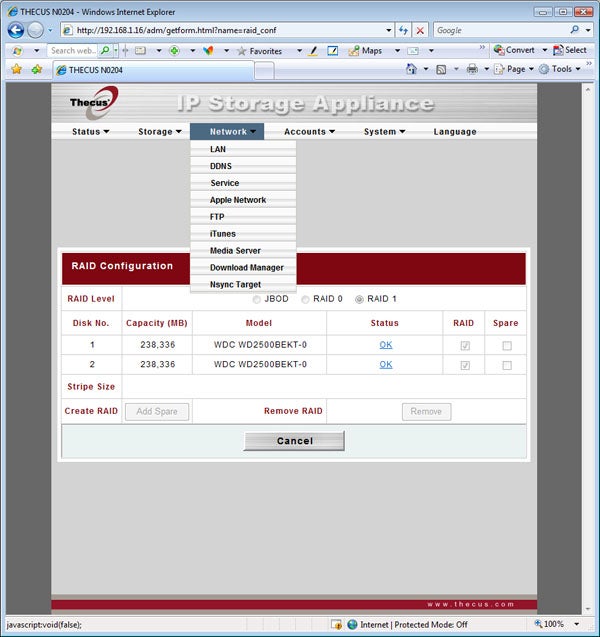 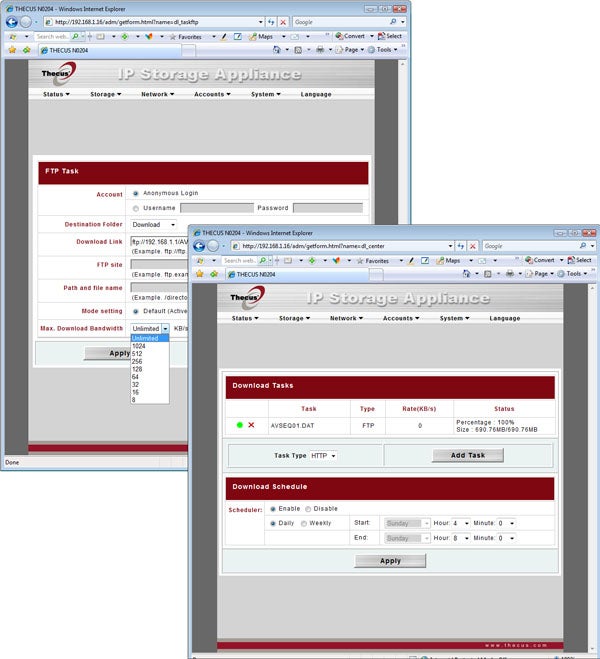 (centre)”’The Download Station allows remote files to be retrieved by the appliance over FTP, HTTP and BitTorrent”’(/centre) 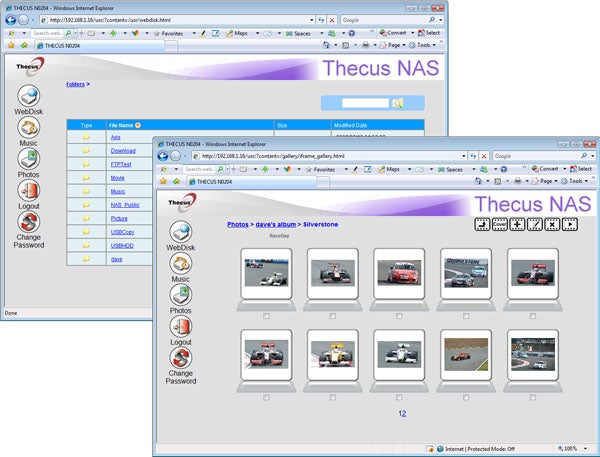 (centre)”’The Web Station can be used to store and view photos, files and videos”’(/centre) 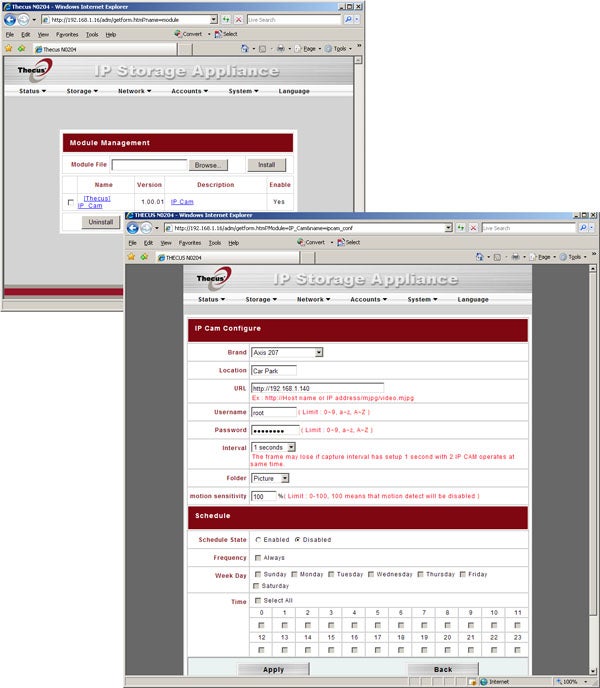