Teufel reckons that its Impaq 40 offers the performance of a full range stereo system in a compact format – a feat that other systems fail to accomplish, apparently. Having proved itself to us time and time again as a manufacturer that knows how to build quality, well-priced audio equipment, it’s therefore well worth seeing what Teufel’s £300 CD player can do. 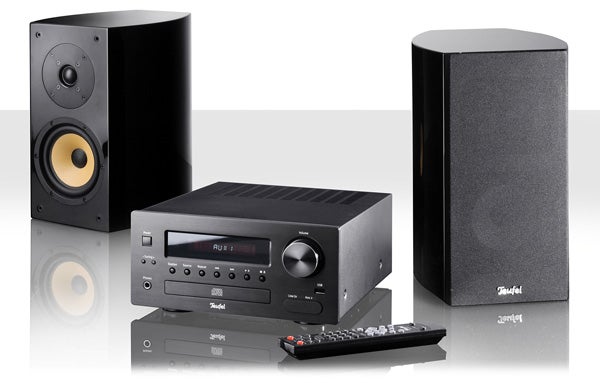 The CD-receiver IP 40 CR (as Teufel calls the main bulk of the system) falls short of being a thing of beauty, but I’d be lying if I said the tasty matt black exterior and especially the thick slice of brushed metal adorning its front, didn’t make it attractive in a functional way. At 275mm x 125mm x 350mm it’s small enough to find a home in most rooms and its 5.8kg bulk suggests some quality innards – even discounting the mass of the case itself.


All of the controls on the front have a wonderfully solid action; the buttons depressing with a very satisfying ‘clunk’ and the volume knob, while free to rotate indefinitely, is notched in distinct yet fine steps. 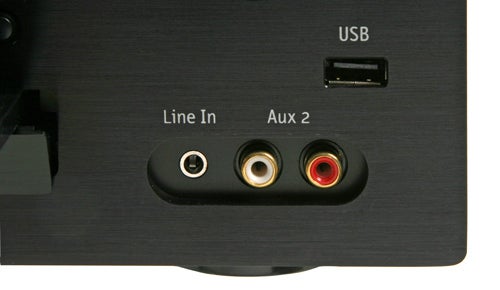 There are a number of ports on the front, too, including a USB port, enabling playback of MP3 files from an external storage device, or attachment of Teufel’s optional iPod dock. Additionally, a 3.5mm line-in and a stereo RCA auxiliary input are hidden behind a plastic cover. There is also a 6.35mm headphone output. Around the rear is a hard power switch, the outputs for the system’s two speakers, a subwoofer output, a stereo phono output and three inputs, and last, but not necessarily least, the system’s radio antennae input. 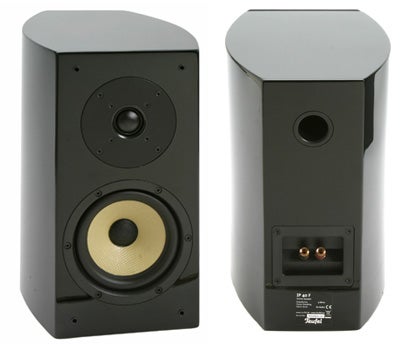 The speakers measure 200mm x 320mm x 274mm, weigh in at 7.2kg and are finished in an attractive glossy black. The front grill can be removed to reveal the 125mm midrange driver and 25mm dome tweeter, and the system definitely looks better this way. At each speaker’s rear are the binding posts for wiring them up to the IP 40 CR receiver. Helpfully, Teufel supplies two matched lengths of wire in the package.

If you do fancy utilising a technology even closer to redundancy than CDs, the Impaq 40 will tune to FM, MW and AM stations of which 40 can be set as presets. The system also displays RDS data where available, with the Display button on the remote cycling through the available information. The number of available settings may be fewer, but it’s impossible to deny that FM radio does offer better clarity than digital can currently; as much as Radio One’s listeners might not notice. If you’re using radio to listen to music and intelligent speech (Radios 3 and 4, among others), rather than noise, the Impaq 40 is a good system to do so on, rendering broadcasts as well as you could hope or expect. 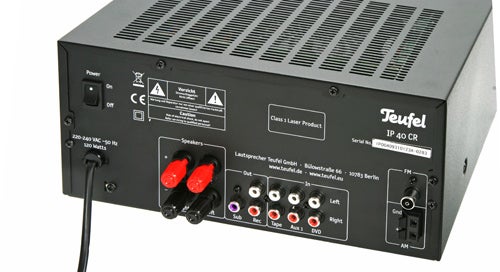 I do have one niggle with the system, and that’s the remote. It is for the most part well laid out, with the main controls all within easy reach. But the decision to put volume adjustment (left to right) and source selection (up and down) in a four-way d-pad arrangement may prove initially frustrating. I found myself stopping CD playback when changing source, instead of volume – but maybe that’s just me. 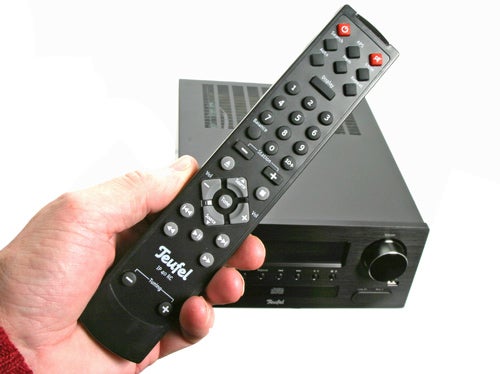 MP3 playback isn’t the Impaq 40’s strongest suit in some ways. Files do play back as advertised but the system’s single line display won’t display file metadata and there’s no folder browsing as such – just an extra “REP DIR” repeat option, which will loop files inside whatever directory the currently playing track is stored. 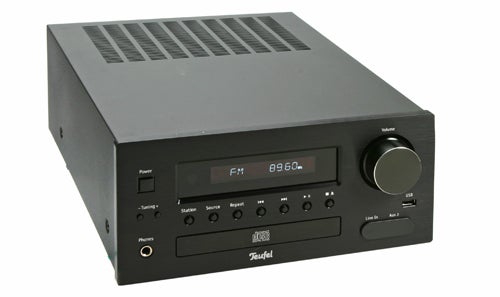 Such criticism is minor, though, because the Impaq 40 redeems itself where it really matters: with its performance. Whether played over USB or from a CD, MP3 files sound much better than the naysayers of compressed music would have you believe possible. That said, unlike some previous testing we’ve done the difference between CD and 320kbps MP3 versions of the same albums is undeniably audible with CDs coming across with a fuller, more nuanced sound. If you do want to listen to your compressed music collection, however, you’ll find the Impaq 40 an entirely capable system.

Given that the raison d’etre of the Impaq 40 is CD playback, it’s fortunate that in that task it excels. The set-up has a neutral balance pushing out any CD track you feed it in a well-controlled and untainted way. Bass and treble adjustment is available, though, should you want to skew from the norm.


And no matter what CD I slotted into the Impaq 40’s tray it was delivered with aplomb. The system offers excellent stereo separation and an expansive soundstage that can be pushed easily to what any home user will consider loud. Loud enough, in fact, to elicit complaints from the neighbours, but such is the hazard of testing a system which simply sounds better the higher you turn up the volume – no distortion, just forceful, deliciously unadulterated audio. 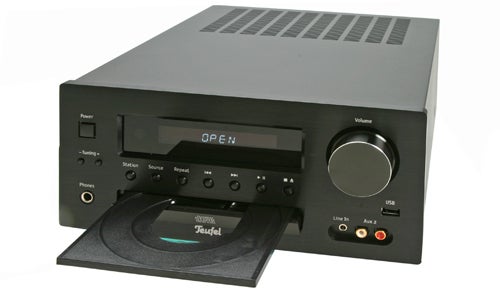 Having spent so long listening to iPod speaker docks the Impaq 40 system is a refreshing reminder of why I still buy CDs. Detail resolution, such as this set-up has on offer, simply doesn’t come from compact systems. On side note, it’s also a galling reminder of the compromises that have to be made to make audio equipment portable that this £312 CD player sounds so much better than the 64GB iPod touch I’m currently using, which costs close to that by itself, before adding the cost of my Shure SE420 earphones. 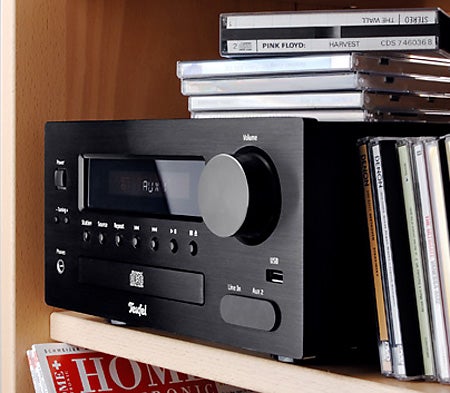 Don’t go thinking this system isn’t going to compete with more expensive equipment. Even hooking the Impaq 40’s own CD-receiver up to a set of Ferguson Hill speakers we have knocking about the office elicited even better audio performance. But you’d hope so from speakers costing significantly more than the entire Impaq 40 set-up. For those constrained by realistic budgets the difference in quality probably won’t be worth the difference in pric, which makes the Impaq 40 a great solution, no matter how you slice it.


The excellent performance that Teufel’s Impaq 40 mini stereo system offers relative to its price is impossible to ignore. Pedantic audiophiles will no doubt claim that £300 is hardly enough money to spend on a CD system to get proper, high quality reproduction but they’re missing the point entirely.