Teufel has been on a big marketing push as of late with a veritable Tsunami of its products coming our way in the last few months. However, all of these have been loud speaker based devices, like the iTeufel iPod dock and Motiv 3 surround sound speaker set, whereas today it’s the turn of personal audio to feel Teuful’s unique Teutonic touch. 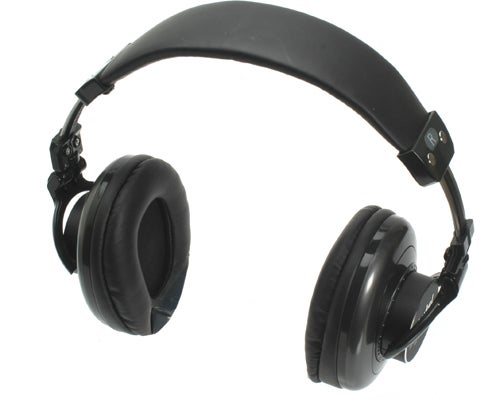 Surprisingly, considering the price of said speaker systems, these headphones are very modestly priced, coming in at around £65. This makes them easily affordable even for the very casual listener and thus opens a huge potential market but, and it’s a big but, there’s some serious competition from more established brands as well. So, can they hold their own in this testing environment?


Well, if a large size is an important factor then Teufel’s off to a pretty good start. The AC 9050 PH’s design incorporates earcups that are big enough to completely enclose your ears and the headband is about two inches across at its thickest point. There are hinges that enable the phones to be folded away to a certain degree but essentially you’d have to seriously love these headphones to consider taking them out on the road. 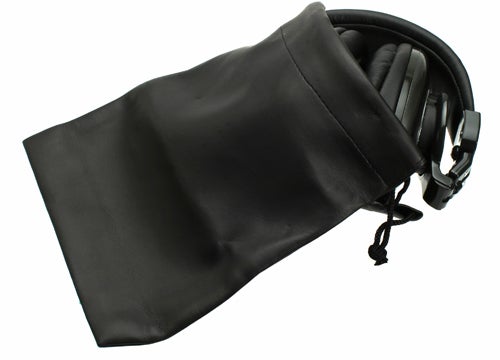 However, despite the rather rugged look these aren’t actually the most sturdily built headphones we’ve ever seen. Not to even remotely suggest they’re likely to fall apart without warning but those chunky hinges are only made of plastic and the point at which each cup rotates looks like a definite weak point, especially as it doesn’t freely rotate 360 degrees like those on Grado headphones, for instance.


Something you can be reassured of, though, is that a broken cable won’t mean the end of these headphones. Instead of a hard-wired cable, these use a modular system whereby a standard 3.5mm jack socket on the left earpiece can be used in conjunction with any 3.5mm jack cable you so desire. Not that Teufel expects you to provide your own cables from the off, as two are included in the box and they both lock into the left earpiece using a custom tab on the jack plug – just plug it in, give it a twist and it’ll lock into place. 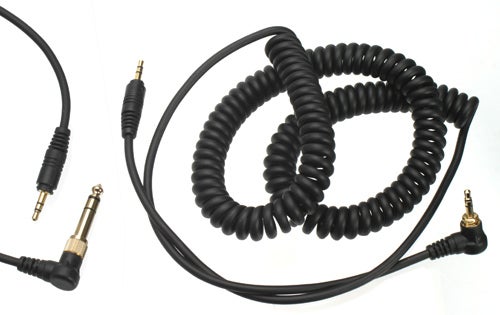 One cable is formed into a helix enabling you to stretch it from 115cm (just about perfect for sitting at a desk with your mp3 player in front of you) to around 250cm, while the other is straight with a length of 310cm. Obviously there are arguments for a modular cable system potentially damaging sound quality but at this sort of level the tiny differences between a permanent and modular cable are going to be next to impossible to notice.

With the headphones on, those large earcups prove to be very comfortable with the soft leatherette-covered surround feeling wonderful against your skin. That said, we’d prefer that the padding were thick enough to fully hold the inner section away from your ears. As it is the inner section touches your ears, thus requiring it to be padded as well. Though this isn’t something we could test, and thus vouch for, having padding right over the drivers could degrade sound quality. At least the headband provides plenty of adjustment to ensure that the AC 9050 PH’s weight is distributed over the head rather than directly on the tops of your ears.


However, while initially comfortable the closed back design limits the opportunity for air to circulate, leaving you with hot and sweaty ears when worn for more than half an hour. We also found it a minor annoyance that the headband adjustment could be moved so easily, to the point where they seemed to loosen enough to require the occasional refitting when worn for extended periods. 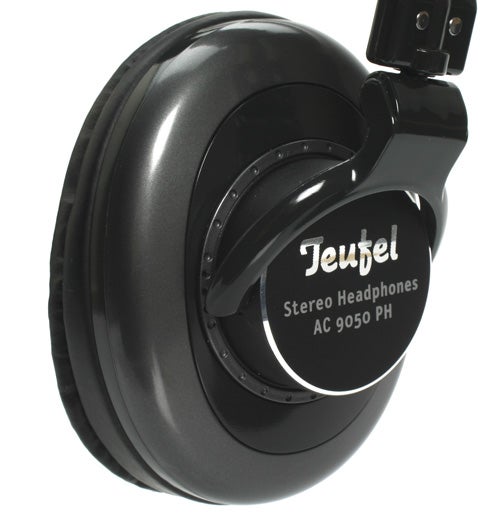 You should be giving your ears a break every hour or two anyway, for the sake of your hearing, so these issues may not concern you too much. Nevertheless, open-back headphones suffer less from these sweat and heat issues and plenty of other headphones hold their fit better.


A rather more positive consequence of the closed-back design is that it blocks out a decent amount of ambient noise. They don’t shut out the entire outside world like a good set of in-ear or noise-cancelling headphones but they take the edge off enough that you can listen relatively undisturbed in a busy office or train. What’s more, your fellow colleagues or commuters will be blissfully unaware of your tune of choice as these phones leak very little noise. 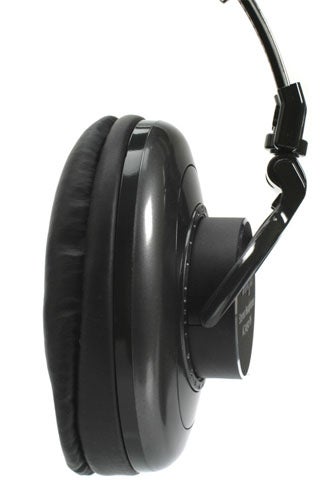 It’s this very sense of isolation that is one possible let down, though. As with most closed-back headphones the sound they produce is very claustrophobic, making it sound like your head is not just in the middle of the orchestra but all the instruments are within inches of your head. Of course, this is an affect that even the best open-back headphones suffer from to some degree as music is predominantly recorded to be used with forward-facing speakers rather than ones sitting either side of your head. This in turn makes the special characteristics all wrong and is why Riyad loves these Sony Personal Field Speaker Headphones so much.


Nevertheless, if you’re after a listening experience that is as close as possible to being there yourself (which is often the desired effect when listening to classical, acoustic, and jazz) then there are better options for the money, like the Grado SR60s, say.

Taken as a whole, though, and more importantly from a sound quality perspective, these ‘phones do impress. What immediately hits you is how Teufel has managed to create an incredibly powerful bass response without compromising any clarity at the top range. Bass lines genuinely rumble, timpani thunders, and kick drums really kick. From Metallica to Pantera, Evil Nine to Fat Boy Slim, and Messhugah to Lamb Of God, these headphones simply love pounding out loud and heavy metal and thumping dance music. Indeed, I’d say these are the best headphones for Dance and Metal I’ve heard for under £100. 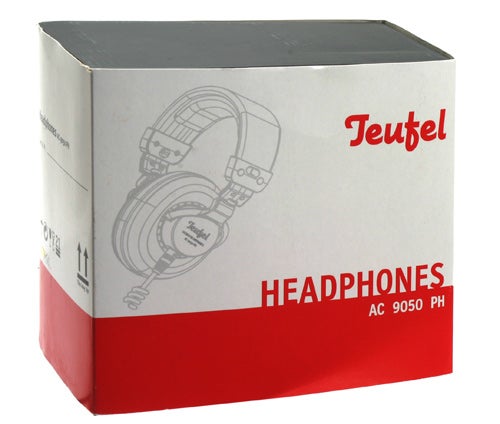 Even taking into account the aforementioned lack of spaciousness they also cope well with dynamic orchestral work. A great example of this ability is highlighted when listening to Mussorgsky’s ”Pictures At An Exhibition”, where deathly quiet passages of light string work rapidly turn to full and hearty brass and percussion sections. The AC 9050 PH’s don’t miss a beat providing all the subtlety and finesse required of the former and all the gusto of the latter.


Where these phones do have a weakness is in a slightly under developed mid-range. Guitars and vocals in particular don’t leap from the phones with any great verve, instead they sit back in the mix. This is demonstrated both in the solo acoustic guitar and vocal work of Jose Gonzalez just as much as it is with mainstream guitar driven rock of Foo Fighters or Guns and roses. They’re still great to listen to but if you’re trying to work out how to play your favourite riffs, you’ll struggle to pick everything out with these phones. 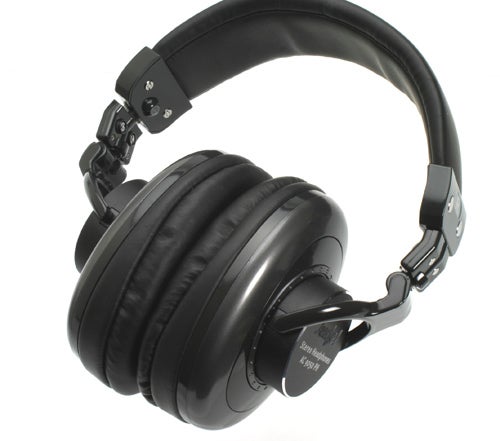 For the same reason, despite initially loving the sound of these phones, I found myself continually turning to my Grado SR80s when watching video on my laptop at home. The brilliant mid-range of the Grados really brings out vocals, making it much easier to keep track of the all-important dialogue.


In the AC 9050 PHs, Teufel has created one of our favourite set of everyday headphones. There are better choices for at-home listening where open-back headphones come into play but, for closed-back phones, these reproduce most genres of music to a satisfactory level and excel at some. They’re also comfortable, block out a decent amount of noise, and have some neat design touches. Most significantly, though, they’re available for a quite incredible price.