A delicious dessert maker that takes the stress out of sweet treats, the Tefal Cake Factory is easy to use – but it offers limited capacity and is relatively expensive.

What is the Cake Factory?

Anyone who’s watched the Great British Bake Off will know that even keen bakers can be prone to haphazard results. Which is presumably the reason that Tefal has created the UK’s first precision cake maker.

Helping you overcome typical challenges, such as imprecise oven temperatures or getting the timing right, it ensure that no bake is out of reach. Five auto programmes cover meringue, molten lava cake, chocolate melting, muffins/cupcakes and whole cakes, while a manual mode is on hand for the more creative.

Easy controls and cool touch handles make it ideal for baking with the kids, plus you can buy extra moulds to expand your baking repertoire. 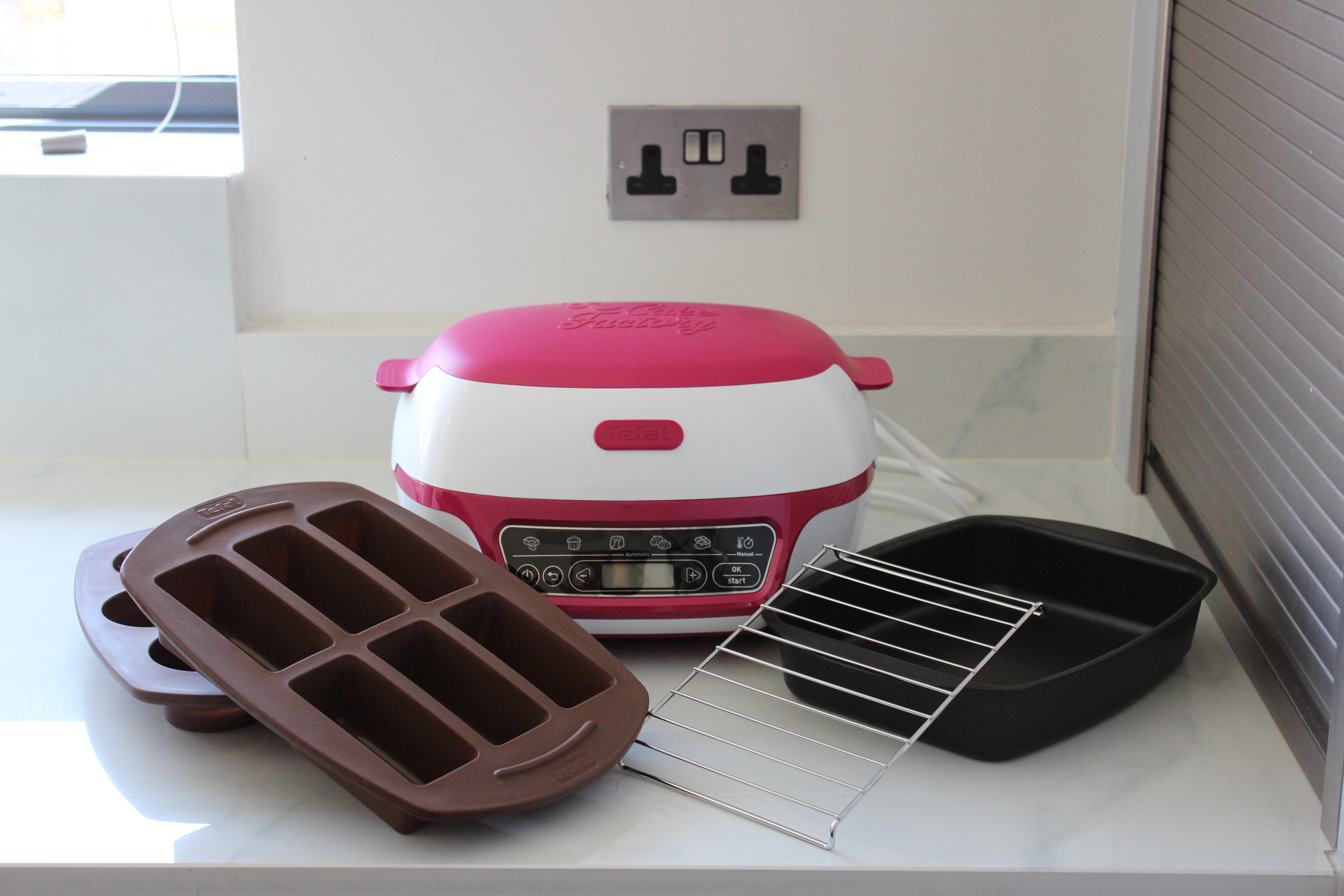 The basic design and rear hinge of the Cake Factory makes it reminiscent of a sandwich toaster, but inside is a different story. An element in the base topped with a reflector evenly distributes heat, while a grill plus a silicone mould – or an aluminium tray – is placed on top. This means that on closing the lid, you create a small-scale oven environment without a need for preheating.

Its design makes the Cake Factory more efficient and faster than an oven – in Tefal’s own testing, lava cakes baked nine minutes faster and consumed a fraction of the energy: 0,088 kW/h for the Cake Factory as opposed to 0,576 kW/h in an oven. 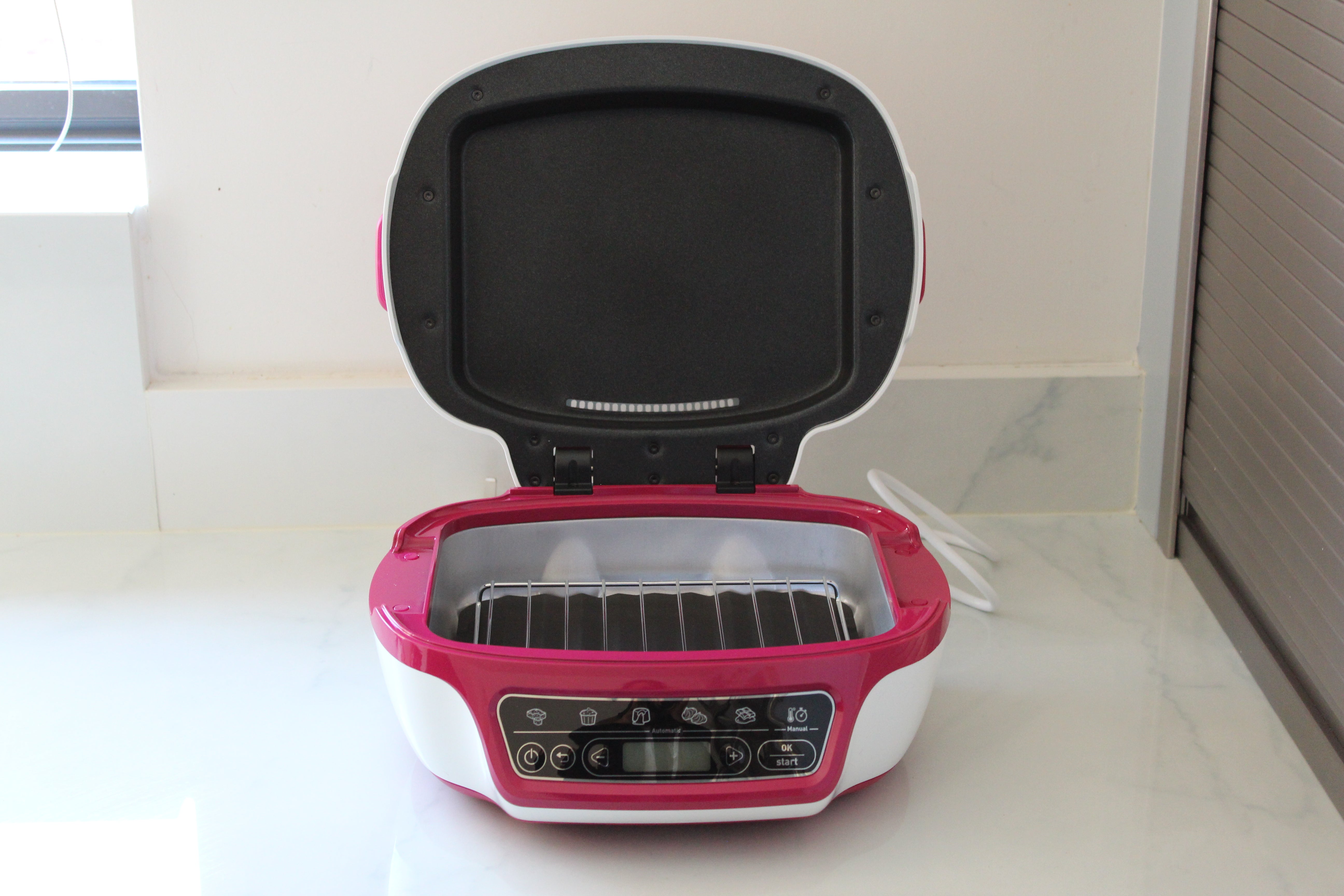 On the front of the appliance you’ll find the control panel featuring programme icons, with plus and minus buttons to scroll through them and to alter the time and temperature. Each of the five programmes comes with preset temperatures, but the time can be adjusted to suit different bakes, or to add on minutes at the end if required.

An accompanying recipe book adds appeal to the Cake Factory. Even better is the Tefal app, which has more than 200 recipes including vegan, low-sugar and gluten-free options, thus ensuring the Cake Maker gets plenty of use.

I started by making a basic sponge cake in the pan. There was no need to line it; all it required was greasing, then the mixture could be poured in. Setting the programme and adjusting the time was simple and the countdown began as soon as the maker was started. After 23 minutes, I removed the pan from the appliance, which was a little awkward while wearing oven gloves. Turning the cake out to cool was tricky – I had to use a spatula to loosen around the edges and pry it up from the base before it came away, leaving some of the corners behind.

However, the sponge was noticeably golden and springy, if lacking the rise that might have been achieved in an oven. 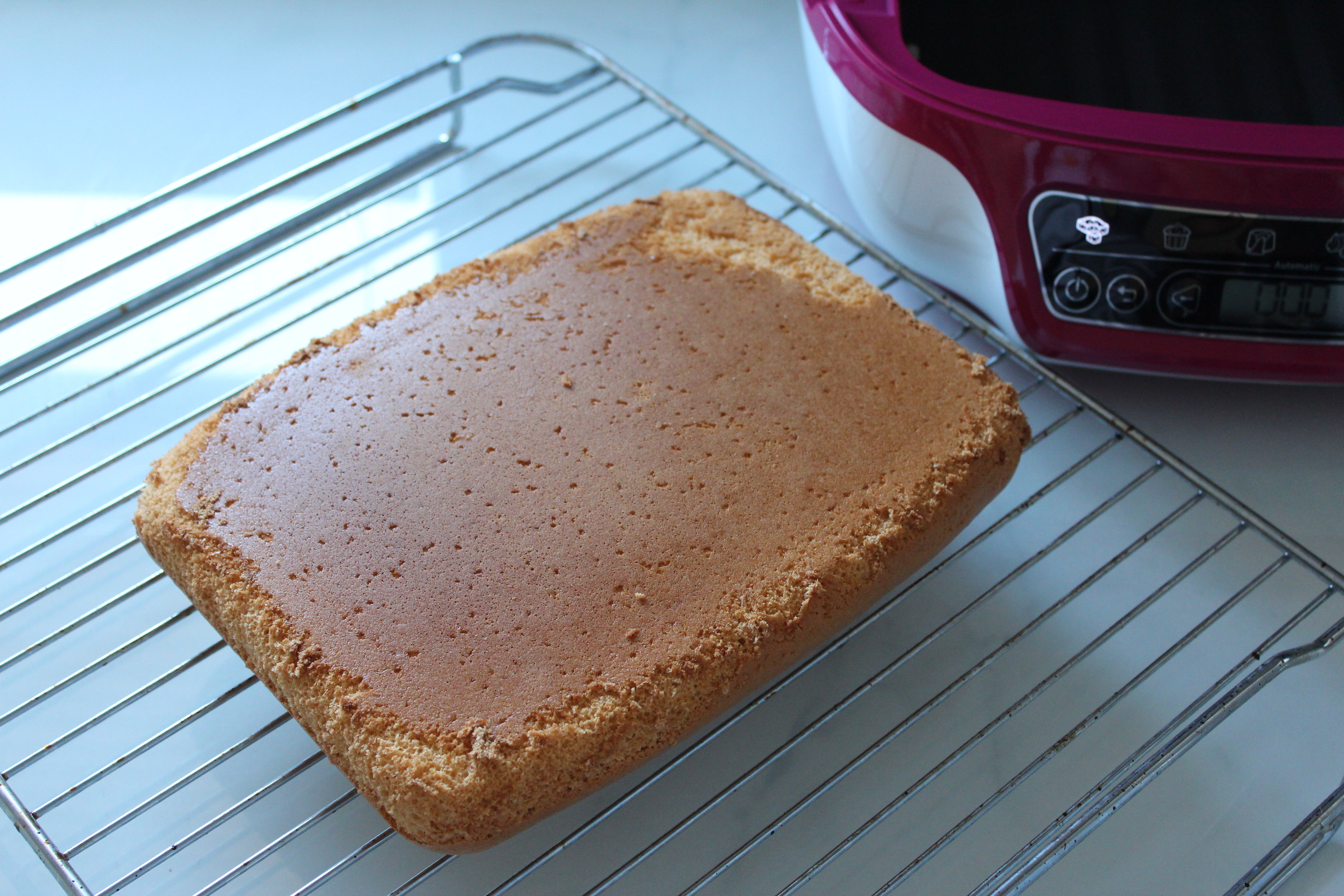 Next, I made chocolate lava cakes (or melt-in-the-middle puddings). I started by melting chocolate and butter in the pan using the chocolate melting programme for six minutes. After the time had elapsed, there were lumps of butter remaining, so I added a minute to the time. After mixing this with sugar and flour, I poured the mixture into the individual cake moulds – which was quite messy – and placed it in the machine on top of the grill.

These were baked on the lava cake programme for 17 mins, which lowers the temperature to create a molten centre. At the end of baking, I turned out the puddings, which released easily. Once sliced open, they were exactly as they should be – soft yet firm on the outside and gooey on the inside. 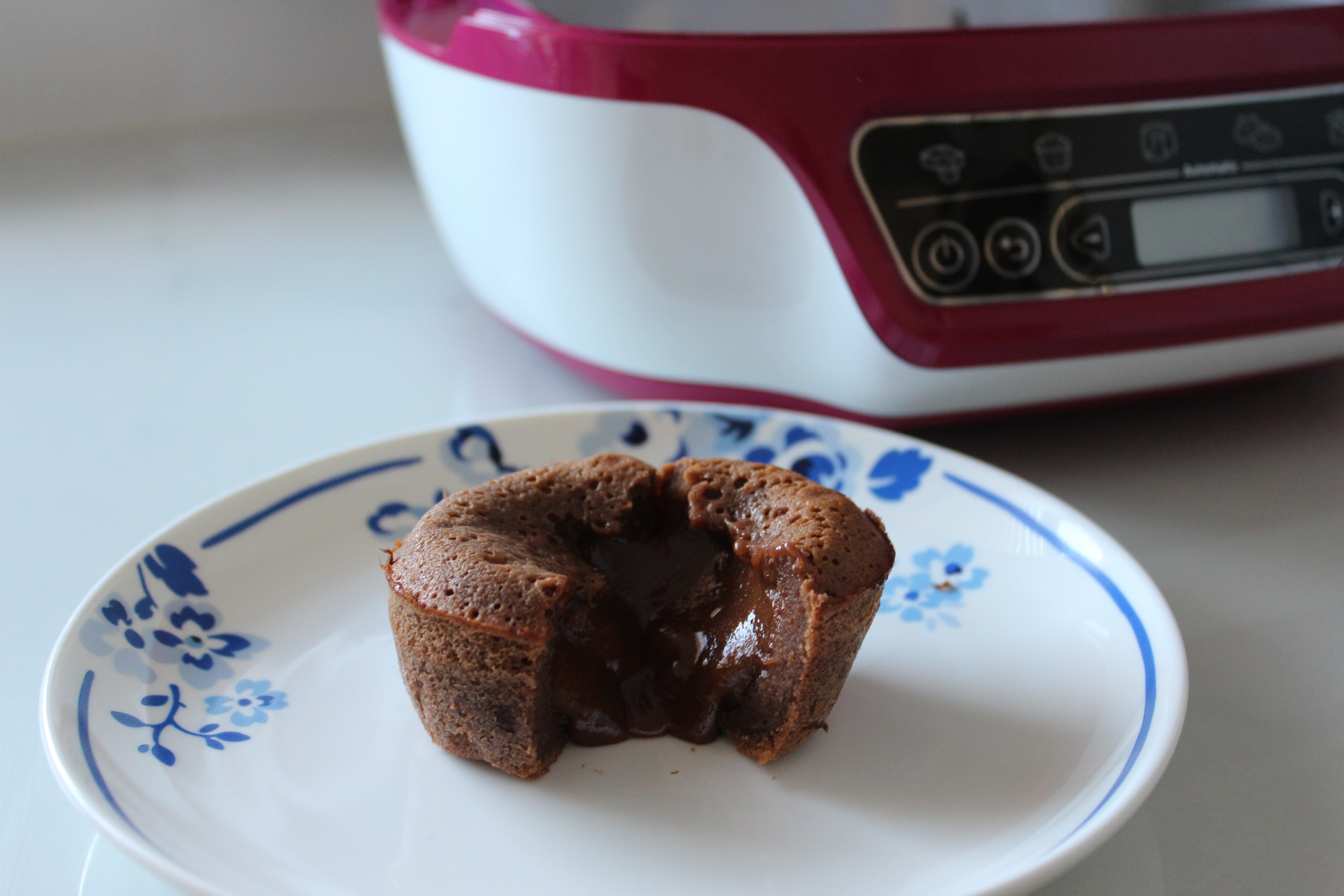 Moving on to Chocolate Chip Banana Bread, I combined the batter and added it to the mini-cake mould. These were baked on the individual cakes programme for 30 mins and emerged looking golden brown and well risen. Their texture was light and fluffy while remaining moist, with a good distribution of chocolate, rather than chips sinking to the bottom of the bars. Finally, I made plain meringues using the dedicated programme. These required the tray to be lined with parchment and for the raw mix to be piped in. This was awkward as the size of the pan was limited for the amount of meringue produced. Neverthless, after being dehydrated on the programme’s low heat for 1hr 45mins, the meringues were still soft and gooey to the touch, so I added 20 minutes to the time. At the end, they were firmer and crisper on the outside although some were still slightly sticky near the base. The moulds weren’t suitable for cleaning in the dishwasher – it lessens their non-stick properties – but the pan and grill could be cleaned in this way. However, washing it all by hand was straightforward.

Why buy the Cake Factory?

There’s a lot to love about the Cake Factory – you’ll get your sweet treats faster, and they’ll be more consistent than if they were baked in an oven. However, you’ll still need some know-how to get the best results. Even though the recipes are easy to follow, it helps to recognise what different batters should look like or when cakes are done.

The price point is high for a one-function appliance, but the outstanding results speak for themselves.