What is the Teenage Engineering OD-11?

Nowadays, many speakers offer omni-directional sound, reflecting the way most people listen to music in their homes – walking around, working, having dinner parties, not sitting in the sweet spot between two meticulously arranged tower speakers.

But here’s a news flash – it isn’t a new idea. Way back in 1974, Swedish audio pioneer Stig Carlsson came up with the OD-11, a cube-shaped speaker that projects sound sideways, upwards and outwards, giving listeners a big sound from a small box. It uses an ortho-directional speaker arrangement (hence OD), with one single cone tweeter and one woofer, both recessed into the top and angled at around 45 degrees. 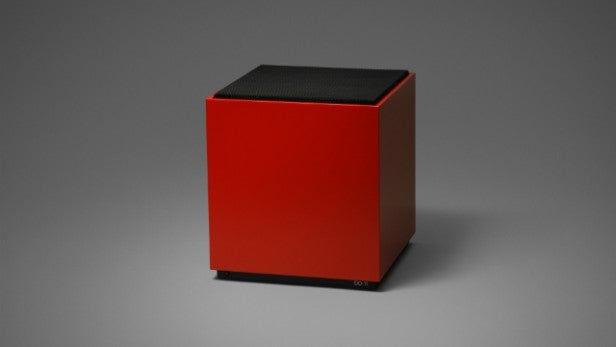 Carlsson’s idea was that people listen to music in rooms with furniture, walls and ceilings that reflect sound, not in sonically sterile anechoic chambers, and the OD-11 – or ‘Carlsson Cube’ – is engineered for use in that real-world environment.

Four decades later, Swedish brand Teenage Engineering – best known for its snazzy synthesizers – has brought the OD-11 bang up to date in collaboration with the Stig Carlsson Foundation. It’s now a streaming speaker with Wi-Fi, AirPlay and Spotify, plus a 100W class D amplifier and a host of other nifty features.

The new OD-11 looks practically identical to the 1974 version, using the same cubed cabinet in a choice of red, black, white and walnut finishes. The white version costs £499, but the others add an £80 premium. 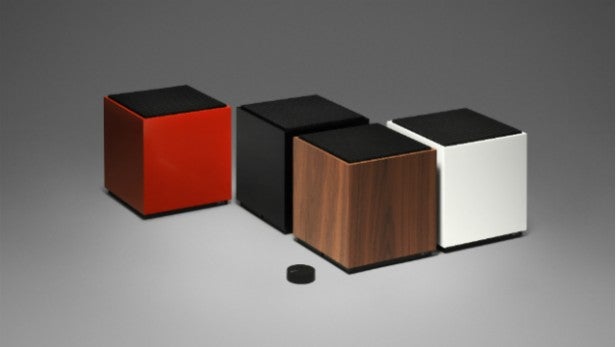 It’s styled with typical Scandinavian minimalism, looking more like an Ikea plant pot than a speaker, but it really works. With the inputs and buttons hidden on the base, the cabinet is completely clutter free. With its simple lines and understated styling, the OD-11 will look great in any surroundings.

It’s versatile, too, designed for floor, shelf or on-wall placement – without any compromise on sound quality. Build quality is superb, as you’d expect at this price. The solid 7.5kg HDF cabinet stands on sturdy rubber pads that absorb vibration. 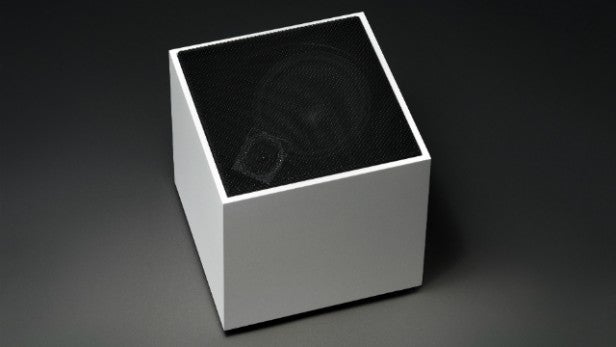 The angled top drivers are covered by the same woven steel mesh as the original, which is rarely seen on speakers these days. It can be pulled out if you want to have a gawp at the drivers underneath. A single LED shines through one corner of the mesh to indicate its current status. 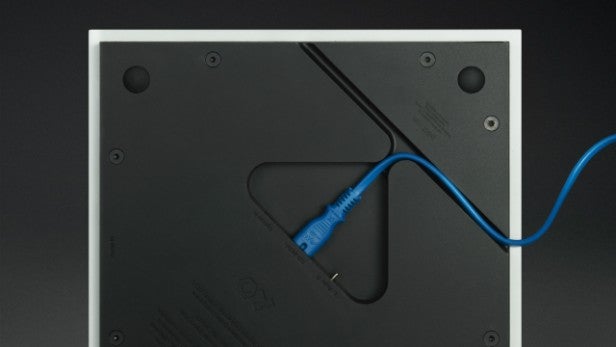 A recess on the bottom hides an optical digital input, mains input and a switch that configures the OD-11 for use in a stereo pair alongside another unit. The power lead can be neatly tucked into a groove that emerges from the side. On the edge of the base you’ll find volume controls and an input selection button. 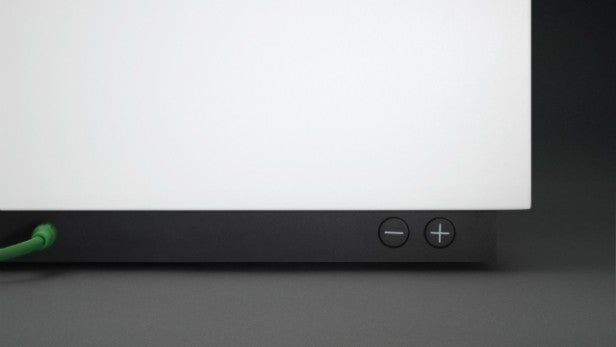 Inside the OD-11 is a 100W class D amplifier and the ortho-engine, a custom-designed computer that handles the crossover filtering and wireless communication. The amp is mounted on the side of the unit’s U-bend bass reflex duct, using the passing airflow to keep it cool. It drives a top-mounted neodymium cone tweeter and 6.5-inch long-throw pulp cone. 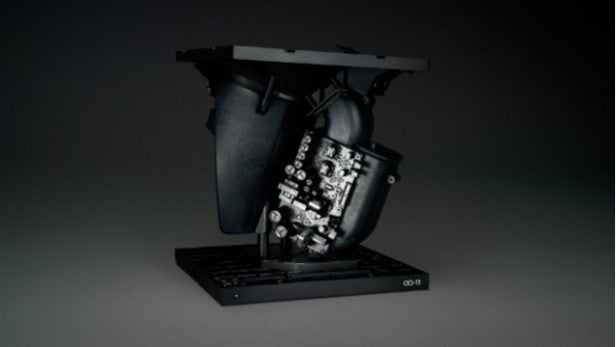 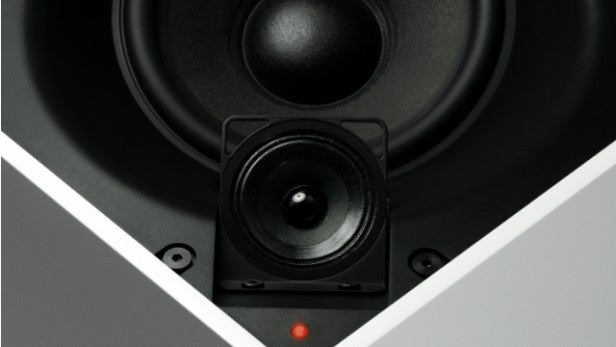 The OD-11 supports AirPlay and Spotify Connect. There’s also Bluetooth 4.0 – but, strangely, it can’t be used to stream music. It’s used solely for the optional Ortho remote that will set you back an extra £79. 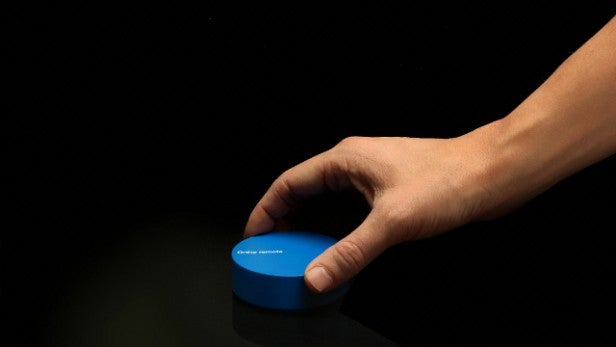 Pricey it may be, but this wireless volume knob is ridiculously cool, allowing you to control volume, skip tracks and pause from up to 20 metres away. With its magnetic back you can stick it to any metal surface, while the rubber base stops it slipping around on a tabletop. It’s easy to use – press it once to pause, twice to skip tracks and three to skip back – and makes a cool noise when you adjust the volume with no music playing.

Meanwhile, the Orthoplay phone app for iOS and Android lets you adjust volume, switch inputs and control up to four OD-11s in different zones. There’s native Spotify streaming too, provided you have a Premium account. 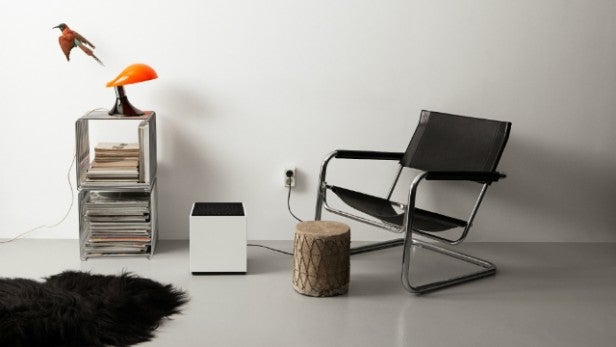 However, if you’re not a Spotify or AirPlay user, the OD-11 might not be for you. Orthoplay offers no additional music streaming services, nor does it allow native DLNA playback from NAS drives and PCs. Yes, you can stream files from iTunes via AirPlay, and Spotify should suffice for most people. But with rival manufacturers offering a wider range of functionality through their apps, it makes the OD-11’s £500 price tag harder to swallow – especially with no Bluetooth to fall back on.

Other features include a Cabin mode that lets you stream music from a device directly to the speaker when there’s no Wi-Fi available.

Thankfully, the OD-11 is a doddle to set up. The Orthoplay app does all of the work for you, finding and linking the speaker to your Wi-Fi network. Alternatively, setup can be carried out using an equally simple browser-based app. I was up and running in minutes. If you need to start from scratch, hold down the volume buttons simultaneously to enter Wi-Fi setup mode. 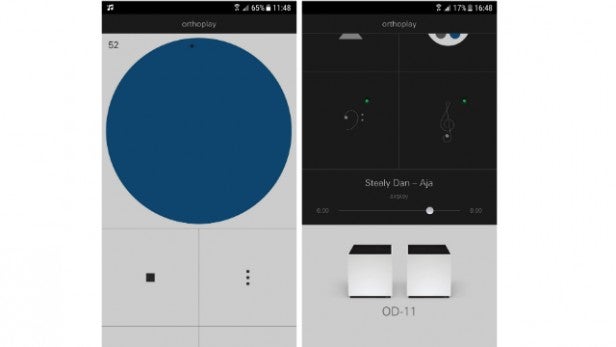 Orthoplay is an outstanding example of app design. It looks as bold and minimal as the speaker itself, mixing splashes of primary colour with swanky graphics. It’s one of the most intuitive apps I’ve used, largely because it’s all confined to a single screen. Of course, this simple layout is partly a by-product of the OD-11’s limited streaming features, but that doesn’t detract from its overall quality.

The large panels and familiar icons make it easy to explore. You can change the colour of the large volume knob at the top and switch inputs using a pop-up grid. Scroll down and you’ll find basic playback controls, plus one-touch bass and treble boosters. It also displays the AirPlay track name and time slider, which is a nice touch. At the very bottom you can tweak the configuration of connected speakers in each zone. 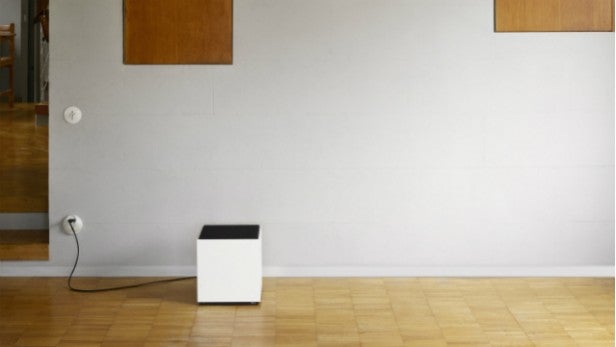 When placing the OD-11 on the floor, it should sit close to a wall (but not in a corner) with the top LED pointing towards the centre of the room. For shelf placement, lay it on its side with bottom against the wall. I setup two OD-11s on the floor in a stereo pair, following the recommendation that the distance between them should be around 80% of the listening distance.

Given its distinguished musical heritage, I was expecting great things from the Carlsson Cube – and it didn’t disappoint. In fact, its sound quality is nothing short of astonishing. Even with one unit playing in mono, it delivers a remarkably open and immersive sound, packed with heaps of detail and muscular bass.

I streamed Gregory Porter’s ‘Liquid Spirit’ album via AirPlay from a laptop and it displays a level of sonic sophistication that most wireless speakers can only dream of. The opening double bass notes and creeping piano on ‘Musical Genocide’ are warm and solid. It effortlessly picks out the sharp twang of the bass strings and the emotional nuances in Porter’s velvety voice. 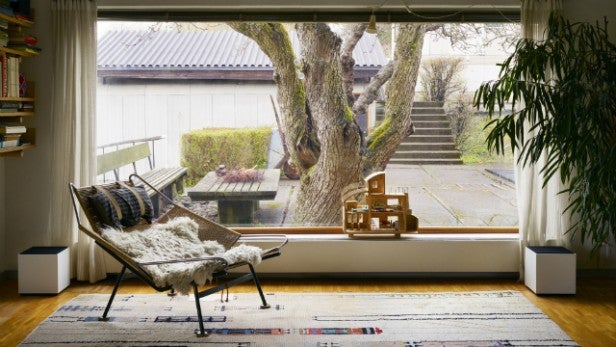 Full-bodied, natural-sounding instruments give the music real tangibility. You can feel the ‘whomp’ of the kick drum and the impact of every snare hit. When the chorus comes, it has the air of a live performance thanks to the layered instruments and lively horn riffs. The room is filled with spacious, immersive sound, where each element has room to breathe. That’s quite remarkable for a speaker packing just one tweeter and one woofer.

Switching to ‘Voyager’ by Moonchild, the OD-11 adds finesse to the album’s warm keyboards and floaty vocals. The attack and precision of the hip-hop tinged drums makes my head nod involuntarily. ‘Doors Closing’ has a super-deep sub-bass sound that undulates through my chest but never feels forced. This depth and rhythmic ability makes the OD-11 a highly satisfying listen. 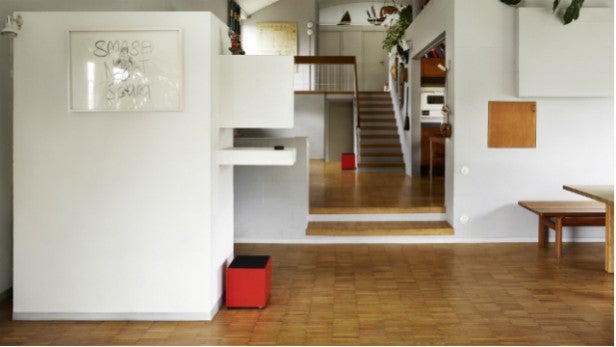 Its easygoing character is perhaps better suited to background playback than focused listening, and it lacks the clear imaging of stereo towers. But that’s the point. The OD-11 is designed to deliver sparkling hi-fi sound no matter where you are in the room. Its smooth tone lets you crank up the volume with no nasty spikes or hardening as the level increases.

Using two OD-11s in a stereo pair brings great rewards, despite setting you back the best part of a grand. The size and scale of the sound increases and individual instruments are placed with greater accuracy. The combined efforts of two woofers leads to even richer, deeper bass. 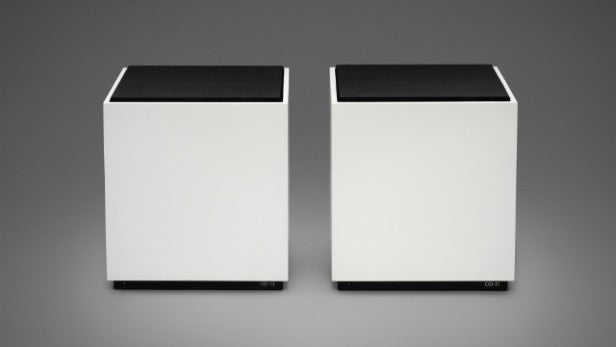 Should I buy the Teenage Engineering OD-11?

If it were judged purely on sound quality, the OD-11 would be a must-buy. This unassuming cube delivers an immersive, room-filling sound wherever it’s placed, with top-drawer detail, superb rhythmic ability and powerful bass. Pair two units together and sound quality goes stratospheric.

A beautifully designed phone app makes it a cinch to install and operate, while the bold minimalist design adds a splash of Scandinavian style to any living room.

But with streaming limited to Spotify and AirPlay, and no Bluetooth to back them up, the Carlsson Cube won’t be for everyone. With most multiroom rivals offering a wider range of streaming services, alongside direct DLNA streaming through their companion apps, the OD-11’s options seem limited by comparison. You’d be forgiven for expecting more from a £500 speaker.

This modern take on Stig Carlsson’s iconic speaker delivers refined, room-filling sound from a beautifully built cube – but streaming functionality is limited for such a pricey speaker.