Last time TrustedReviews popped down to our local Tesco for a lunchtime Ginsters, we were momentarily distracted from our Pepper Steak mission by a large display of TVs sitting at the end of the store’s electronics section. Pausing for a moment to clock the Technika branding on these sets, it occurred to us that we hadn’t tested a Technika TV for ages. Not since the LCD 32-209 back in February 2009, in fact. Which seemed like a bit of an oversight, given how many people have probably been seduced by Tesco’s aggressive pricing into popping a Technika TV into their trolleys along with their weekly family shop. 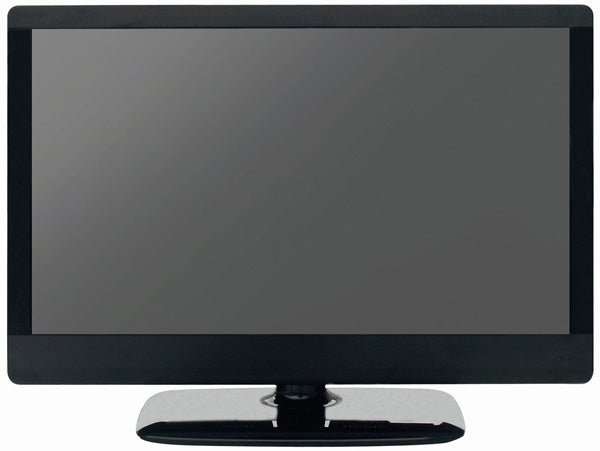 So let’s put this oversight right today by checking out the latest 32in TV in Tesco’s Technika range, the LCD 32-270.


This extremely affordable £279 TV makes a decent first impression, by not being as pig-ugly as most of its cheap-as-chips peers. Don’t get us wrong; as you can see from the pictures here, it’s not going to win any beauty pageants. But its finish is pleasingly glossy, and it’s surprisingly solidly built to boot.


Connections, too, marginally exceed expectations. There are only two HDMIs, which is par for the budget course, but the 32-270 also manages both a VGA PC port and a USB input, neither of which can ever be taken for granted at the sub-£300 level of the market. The D-Sub port is particularly handy, since being able to double this TV up as a computer monitor makes its price look even better value.

The USB’s capabilities go further than anticipated too, taking in movie and music file formats as well as the more predictable JPEG photos. Good stuff.


For the record, other connections include a pair of RCA audio inputs, an S-Video input (not seen one of those for a while!), a coaxial digital audio output, and a single RGB Scart.


Scanning the LCD 32-270’s claimed performance specifications is a slightly worrying exercise, though. Particularly unspectacular is a quoted contrast ratio of just 3,000:1, vs the many tens of thousands to one – or more – we’re now routinely seeing from even some budget LCD TVs.

The rated 2x8W of audio output hardly raises hopes of foundation-rocking sound quality either, the built-in tuner is only a standard definition Freeview one rather than a Freeview HD one, and so far as we can tell, there doesn’t appear to be anything significant happening at all in terms of picture processing.

Devoted haters of picture processing might actually like the sound of this latter point, but as we’ll see later, in reality it’s more of a hindrance than a help.


The 32-270 does, at least, carry a full HD panel. But we have our doubts whether such an apparently basic screen will really be able to make the most of its native resolution.


Starting to use the 32-270 is a bit like stepping through a time warp. First, because the remote control is one of those horrible, cheap, plasticky, overcrowded things that seem to accompany so many cheap ‘third-tier-brand’ products. And second, because the onscreen menus are basic in the extreme. They even run a bit slowly in places. 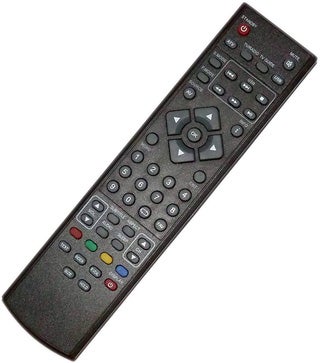 One redeeming feature is the electronic programme guide. For while this doesn’t offer anything much in the way of advanced functionality, it does at least work quickly and organises its content logically.


First impressions of the 32-270’s pictures are bewilderingly mixed. On the upside, images are driven off the screen by a surprisingly potent light output for such a cheap TV, and colours look bold and rich. On the downside, pictures are clearly being softened by motion blur, while colour tones tend to look over-wrought and unnatural.


Getting into these immediate impressions in a little more detail, the brightness output really is strong, grabbing your attention and pushing bright material hard.


With colours, the quite aggressive saturations the 32-270 goes for join forces with the brightness in giving the set definite ‘shelf’ appeal. As in, it would likely stand out if you happened to see one in a bright shop environment.


However, it really doesn’t take long before you realise that the vibrancy is actually too much. Video tends to look cartoonish, and far too many people end up looking like Mr Punch, with plasticky complexions and over-ruddy skin tones.

The set also tends to slightly exaggerate the colour block noise that’s so common with low-quality standard def digital broadcasts, and doesn’t have enough raw video power to resolve colour blends with much finesse. This means colours can look slightly stripey or patchy, as the 32-270 fails to resolve enough tones to make colour blends look smooth.


It’s the motion blur that’s comfortably the 32-270’s biggest problem, though. For this causes almost any moving video to look slightly soft and unconvincing, and thus becomes a recurring barrier between you and full enjoyment of what you’re watching. It’s here that the lack of video processing noted earlier is at its most troublesome. 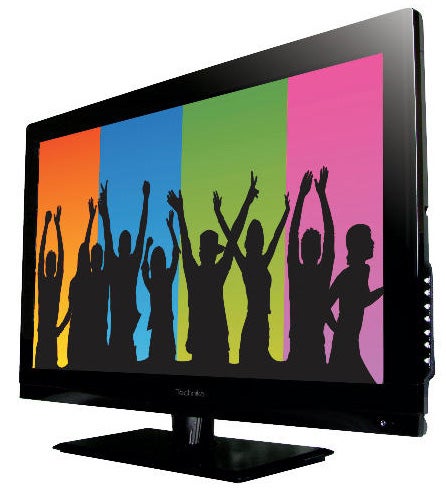 The blurring is particularly bad when you first turn the TV on from cold, but thankfully it becomes more tolerable after around half an hour.


Putting the 32-270’s black level response through its paces with a few tough dark scenes finds that it’s not as satisfying as we’d hoped it might be from our initial viewing. There’s plenty of the familiar low-contrast grey/green wash hanging over all really dark scenes, making them look less natural and flatter than bright scenes in the same film or TV show. It might have been helpful in this regard, if Technika had provided a backlight adjustment as well as the standard brightness one. But it hasn’t, so that’s that.


Sonically, the 32-270 is a bit peculiar, to be honest. For it runs completely counter to most flat TVs by being better when driven hard. With quiet scenes, the speakers sound thin and compressed, even suffering buzzy distortion with some male voices. This would usually be indicative of some seriously nasty sound problems when an action scene kicks in. But the 32-270 actually sounds better when pushed harder, as more bass kicks in and the dynamic range expands. Obviously the net result of all this, though, is an audio performance that can only be considered average at best.


If you’re looking for a straightforward cheap as chips TV for occasional use in a bedroom or study, then the 32-270 will get the job done decently enough, we suppose. Anyone after a main living room TV or a TV for playing plenty of console games on, though, would be advised to try and spend a bit more on something with better contrast and motion capabilities.