It’s fair to say that third party lens manufacturers have undergone something of a renaissance in recent years. From Samyang’s inexpensive but optically fine manual focus primes through to Zeiss’s premium optics, photographers now have more choice than for many a year.

And while they once expected to pay less compared to camera manufacturers’ own offerings, at the expense of noticeably inferior quality, this has now been turned on its head, with innovation and optical quality at keen prices the order of the day, spearheaded by market leader Sigma.

Tamron has long held a close second place, and last year engaged upon a revamp of its premium SP lens line. While clearly inspired by Sigma’s premium line of f/1.4 ‘Art’ primes, the company took an intriguingly different approach by combining a slightly slower f/1.8 aperture with built-in optical stabilisation. 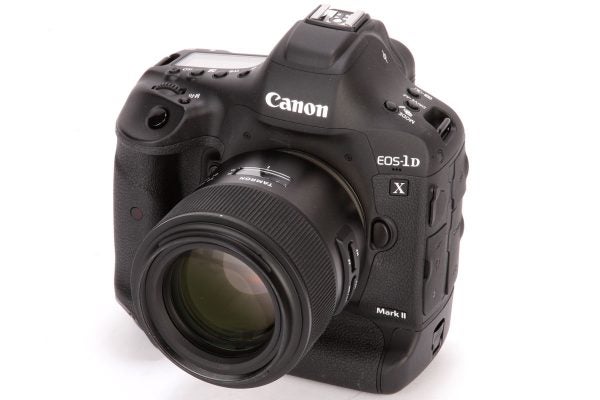 The Tamron SP 85mm f/1.8 Di VC USD is a large lens that doesn’t look out of place on a pro DSLR

This new 85mm optic joins its stablemates in being one of fastest image-stabilised DSLR lenses on the market. The short telephoto focal length is ideal for portraits, both on full frame and on APS-C cameras, where it offers a 135mm equivalent angle of view. Meanwhile the f/1.8 aperture gives plenty of scope for selective focusing and shallow depth of field, meaning the lens’ uses are by no means limited to taking pictures of people.

The addition of optical stabilisation promises sharper pictures at slower shutter speeds, so you can shoot handheld at lower ISOs or smaller apertures than would be possible with an unstabilised lens. However this clearly adds considerably to the price, and at £749, Tamron has pitched it considerably higher than either Canon or Nikon’s 85mm f/1.8, or indeed Sigma’s 85mm f/1.4. So the key question is, can it possibly be worth the premium? 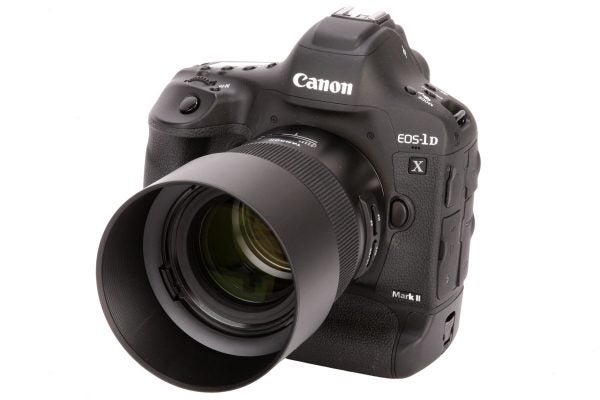 With an optical formula of 13 elements in 9 groups, the Tamron is the most complex 85mm prime on the market. This is likely a consequence of the addition of optical image stabilisation, or vibration compensation, as Tamron likes to call it. Low Dispersion (LD) and Extra Low Dispersion (XLD) glass is used to minimise chromatic aberration, and Tamron’s eBAND nano-structured coating minimises flare and ghosting.

The diaphragm used 9 rounded blades, maintaining a near-circular aperture down to around f/4, which should help with giving attractively blurred backgrounds. At the front is a 67mm filter thread, which doesn’t rotate on focusing, along with a bayonet mount for the supplied cylindrical lens hood. When not in use, the hood can be reversed over the barrel for storage; in this position, though, it covers most of the barrel, blocking the manual focus ring entirely.

Tamron describes the lens as having moisture resistant construction, with a number of seals arranged strategically around the barrel. Most visible is the one around the lens mount that protects the join with the camera body, but others seal the manual focus ring and control switches. In principle the lens should be unfazed by shooting outdoors in light rain or drizzle. 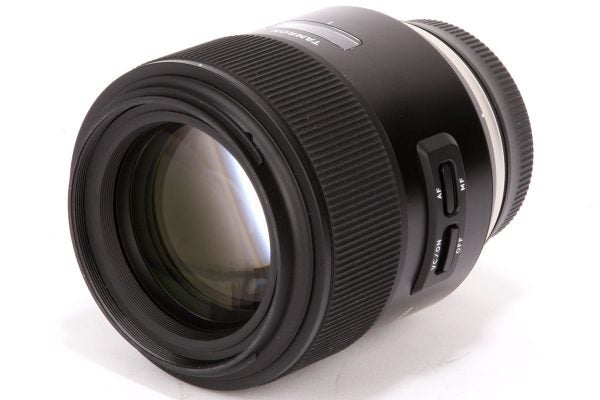 It’s much larger than Canon or Nikon’s 85mm f/1.8 offerings, indeed it’s around the same size as Sigma’s 85mm f/1.4 EX DG HSM, and larger than the Nikon or Sony A-mount 85mm f/1.4s (although not quite as huge as Sony’s monster new FE 85mm f/1.4 GM). This doesn’t really have a negative impact on handling while you’re shooting, as you’ll naturally be cradling the lens in your left hand. But it does add to the overall weight of your bag, and some subjects may find the size a little intimidating.

Build quality feels excellent, in contrast to some of Tamron’s older designs. The manual focus ring rotates smoothly, and a distance scale marked in feet and metres helps you keep track of the current focus position.

Two switches on the side of the barrel are used to turn VC on or off and select between AF and MF modes, but because these are identically sized and shaped, they can’t be easily distinguished by touch alone. 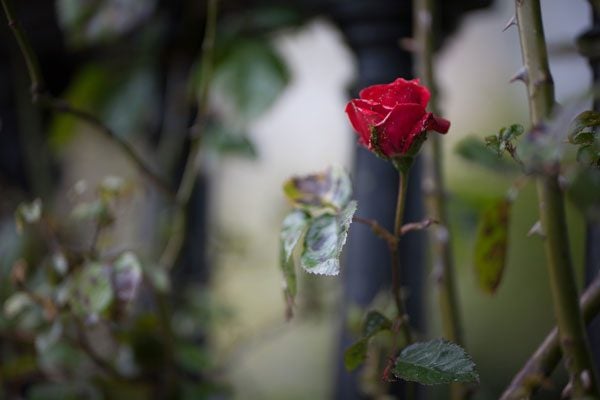 Autofocus uses Tamron’s ultrasonic drive (USD) motor, which is fast, decisive and practically silent. The lens uses an internal focus design, so doesn’t change length or balance on focusing; this also contributes to its snappy response.

In terms of accuracy, the 85mm behaves much like other DSLR fast primes. If you shoot using the camera’s viewfinder then most of the time it will focus acceptably when viewing the image as a whole, but likely not be entirely perfect when viewing your images in close detail. This is by no means unique to Tamron – it’s a side effect of DSLRs using an entirely separate optical path for autofocus, which inevitably compromises accuracy.

If you want really accurate focus, you’ll almost certainly have to match your own lens to your camera using the AF micro-adjust feature. Even then, it might only be possible to get perfect results at one single focus distance.

However the 85mm is also compatible with Tamron’s ‘Tap-in Console’, which allows more complex correction of its focusing behaviour, as well as enabling users to upgrade the lens’s firmware when necessary. 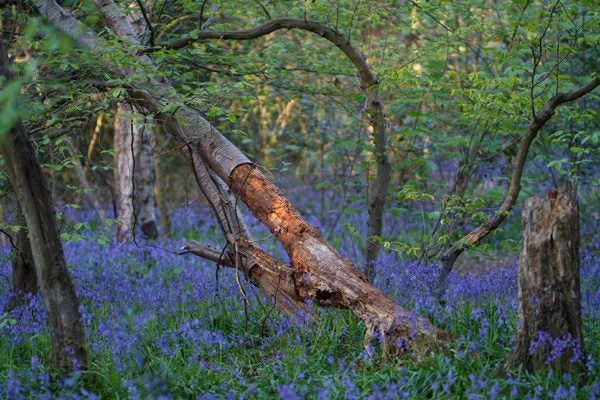 Depth of field at 85mm and f/1.8 is very shallow indeed, of course, so any movement of either you or subject will compound any small focusing errors. Much of time, it will be desirable to stop down a bit to gain additional depth of field. However at close focusing distances this adds another complication, as the focus shift backwards slightly at smaller apertures – a symptom of residual spherical aberration.

To get the most accurate focus, you’ll really need to switch to live view and use either contrast detect AF, or manual focus with a magnified view of your subject and depth of field preview engaged. Again this is isn’t the lens’s fault, just best practice when using any fast lens on a DSLR. 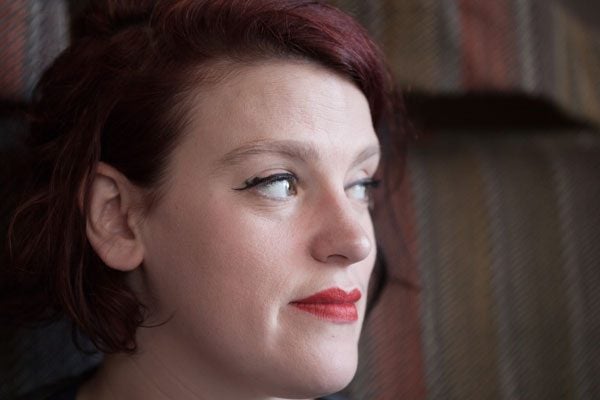 So far we’ve found that the Tamron 85mm is a weighty beast and accurate focusing requires some care and attention, but frankly every criticism dissolves away when you start looking at the images it makes. Because where it counts, this lens delivers in spades. It’s capable of providing the kind of dreamily beautiful pictures that mark out a really superb portrait lens, and it works equally well on full frame and APS-C cameras. 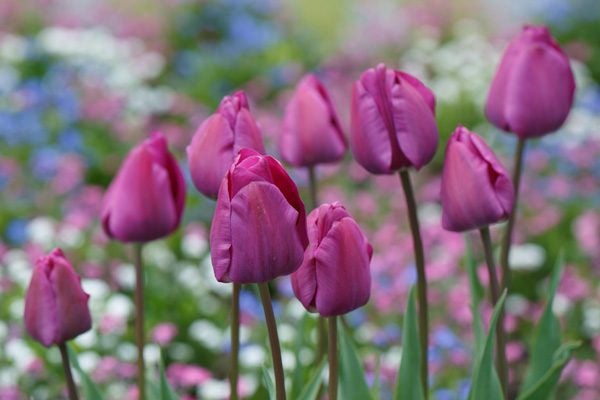 We expect 85mm telephotos to be very good indeed, but this one is absolutely outstanding. It combines superb cross-frame sharpness, even at maximum aperture, with gorgeous-looking out-of-focus backgrounds. Micro-contrast is a little low at f/1.8, again due to residual spherical aberration, but this can often be flattering for portraits.

This effect becomes stronger at closer focus distances, but stopping down a little to f/2.8 brings visibly more bite to your images. Colour fringing from either lateral or longitudinal chromatic aberration is practically nonexistent and distortion is negligible. Naturally there’s some vignetting at large apertures, but usually this adds to the aesthetics of the image, rather than detracting from them.

We tested the Canon-mount version of the Tamron SP 85mm f/1.8 Di VC USD on the 21MP Canon EOS-1Ds Mark III. The results are shown below. 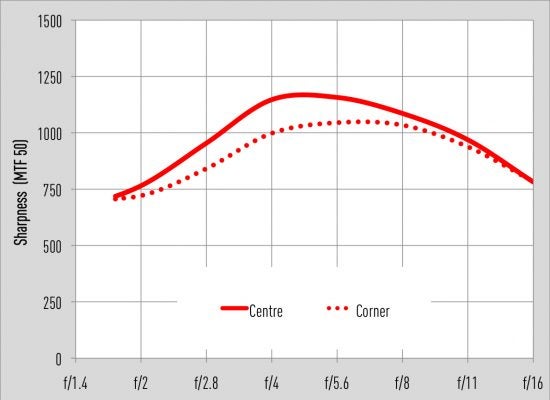 The results from our Applied Imaging MTF tests confirm that the lens has desirable characteristics for a short telephoto portrait prime. At f/1.8 the values are relatively low due to spherical aberration, but the lens sharpens up rapidly as the aperture is closed down. Peak sharpness is at f/4-f/8, but in truth all apertures are quite useable. The traces for the corners closely match the centre, indicating excellent cross-frame sharpness. 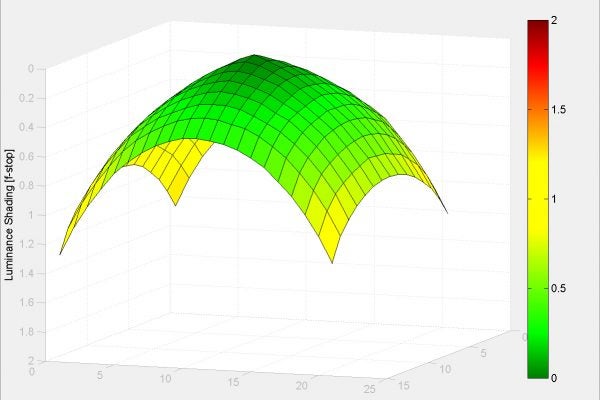 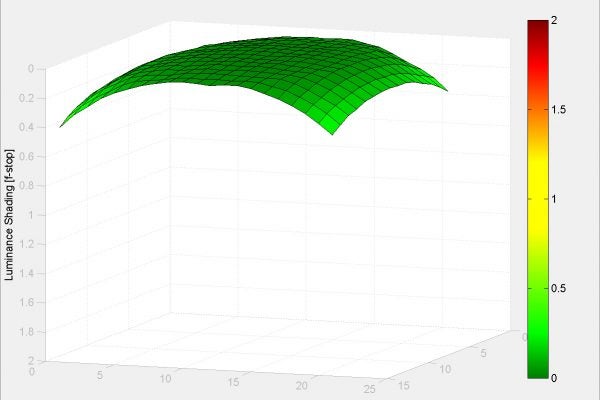 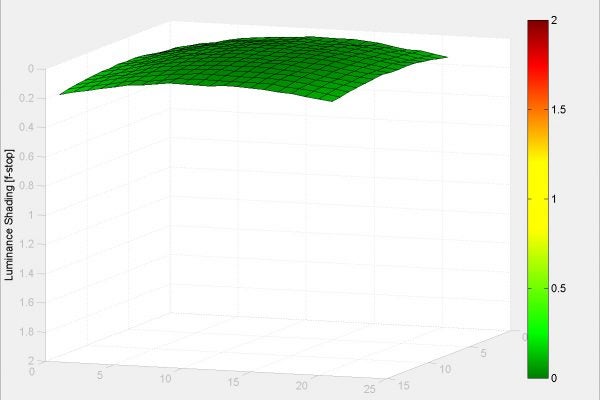 Some vignetting is visible wide open, with the corners of the frame 1.3 stops darker than the centre. However the very gradual falloff profile means that this is visually not unattractive; indeed it can often add to the look of your shots. Stop down to f/2.8 and the vignetting practically disappears. 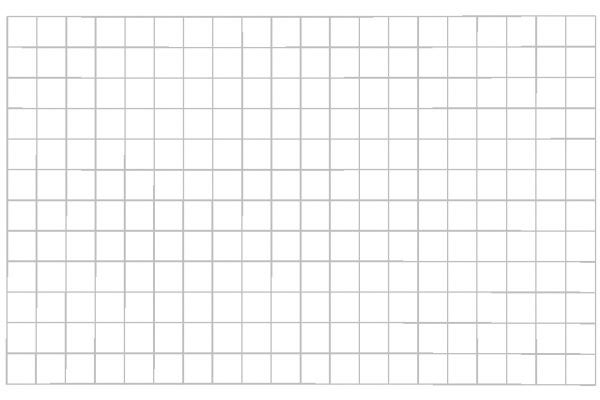 Curvilinear distortion is extremely low, with just the barest hint of pincushion distortion detectable from our test chart shots, which is typical for short telephoto primes. However while this is measurable in the lab, you’ll never see it in real-world shots; instead the lens draws subjects in a very lifelike fashion. 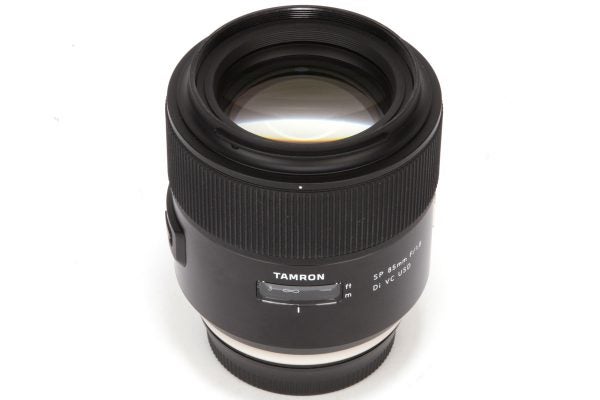 I have to admit I was a little sceptical about the Tamron 85mm f/1.8 when I first started testing it; it’s big, heavy and expensive for its type, and conventional wisdom might have you think that image stabilisation is redundant on this kind of fast prime. But it didn’t take long for me to be converted; just as long as it took to start seeing the images on the back of the camera, in fact. Examining the files in more detail on my computer only confirmed my initial impressions – this lens is really quite special. 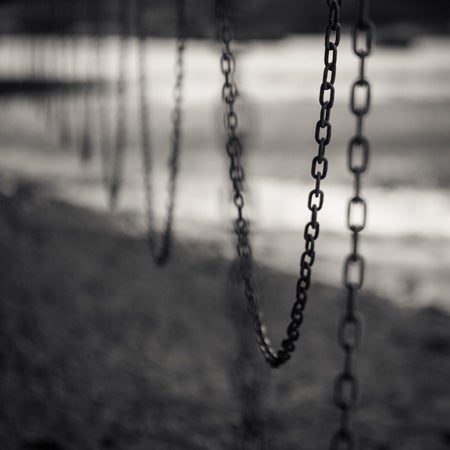 But is it worth £749? Well that’s a question photographers will have to answer for themselves; clearly not everyone will be able to justify it. But to me this lens is absolutely on a par with Sigma’s Art primes, and lots of photographers are happily shelling out similar amounts of cash for these (while calling loudly for an 85mm version, too).

Personally I also think image stabilisation is worth having on any kind of lens; what’s not to like about the extra shooting flexibility it affords? Overall, it you’re looking for a high quality portrait lens for your DSLR, this should definitely be high on the list.