The Tamron 10-24mm f/3.5-4.5 Di II VC HLD is an ultra-wide-angle zoom lens for Canon APS-C and Nikon DX format DSLRs. It features optical image stabilisation and moisture-resistant construction, and has an RRP of £579.

While the lenses on most zoom compacts and mirrorless cameras now routinely start at a decent wide-angle view of 24mm equivalent, DSLR buyers remain stuck with less-inspiring 18-55mm kit zooms to begin with. This means that a wide-angle zoom becomes a particularly useful addition for photographers shooting subjects such as architecture and landscapes.

The most eye-catching addition is optical image stabilisation in the shape of Tamron’s Vibration Compensation (VC) system. This is said to allow hand-held shooting at shutter speeds that are four stops slower than would otherwise be possible without an end result of blurred pictures due to camera shake.

Perhaps surprisingly, it’s only the second stabilised lens in this class after the cheaper, but less ambitiously specified Canon EF-S 10-18mm f/4.5-5.6 IS STM. This means that, slightly surprisingly, it’s the first wide-angle lens to bring image stabilisation to users of Nikon DX format DSLRs. 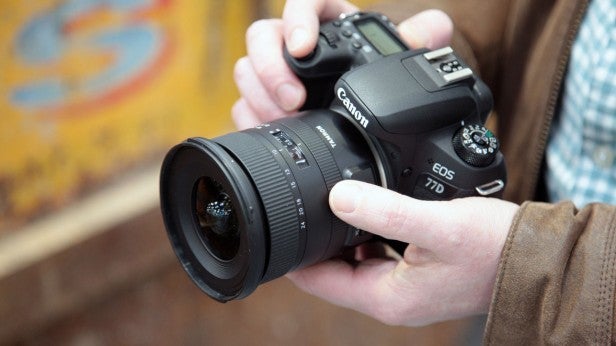 Tamron has included some other goodies too, including a moisture-resistant construction that outdoor photographers will welcome. Nikon users will find that the lens uses an electromagnetic diaphragm, which brings a number of operational benefits for live view and video. However, while this will work on all Nikon DSLRs introduced from 2010 onwards, it won’t with any that pre-date 2007.  (Specifically, the lens is incompatible with the D2-series, D1-series, D200, D100, D90, D80, D70-series, D60, D50, D40-series, and D3000.)

Purely in terms of headline spec, Tamron has provided a strong feature set. At its 10mm wide-angle setting, the lens provides as broad a view as any other of this type, while extending longer than most of its competitors. This may seem unimportant, since this part of the range overlaps the 18-55mm kit zooms sold with DSLRs, but in practice it means less need to swap lenses while you’re out shooting.

The f/3.5-4.5 maximum aperture is pretty typical for this kind of lens, with only Tokina offering faster, constant aperture-wide zooms for APS-C DSLRs. 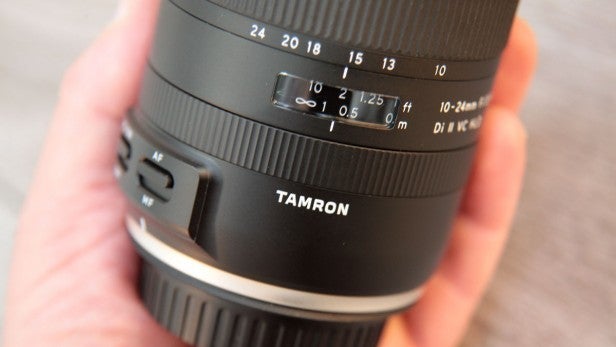 Looking at the lens’ optical construction, its 16 elements are arranged in 11 groups and include one low dispersion (LD) glass element, one extra-low dispersion (XLD) glass element, one moulded glass aspherical element, and one hybrid aspherical element. According to Tamron, these minimise a range of optical flaws, including chromatic and coma aberration. The optics are also designed to be resistant to flare, aided by the application of a broad-band anti-reflective (BBAR) coating.

While the 10-24mm bears a strong cosmetic resemblance to Tamron’s premium SP line of lenses, it isn’t built to quite the same standard. However, the matte-black plastic barrel still feels perfectly robust, and Tamron says leak-proof seals are used throughout, including one around the lens mount to prevent dust or water getting into the camera body.

The ridged rubberised zoom and focus rings both rotate smoothly enough, and, as is common with wide zooms, the lens’ length and balance on the camera changes little on zooming. 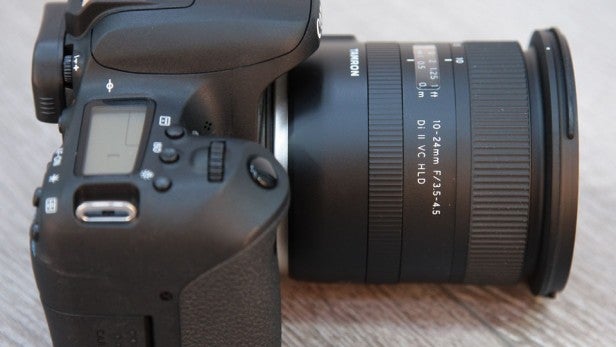 Two large switches on the side of the barrel are used to turn autofocus and image stabilisation on and off, although with identical physical designs, they can’t be distinguished by touch alone. A window on top of the barrel reveals a focus distance scale, but with no depth-of-field markings this is of relatively limited usefulness. 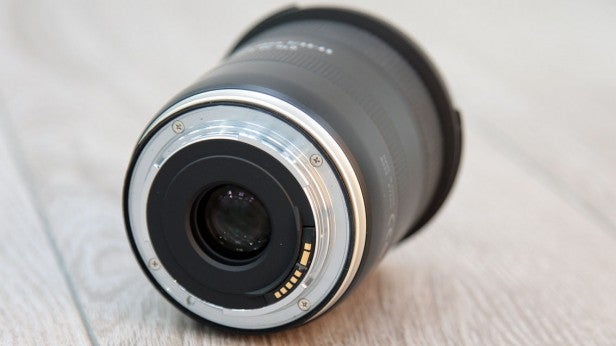 At the front there’s a 77mm thread for attaching filters, and a bayonet mount for the petal-type plastic hood. This can be reversed over the barrel when the lens isn’t in use, but in this position it heavily hinders operation of the zoom ring. Its large diameter also means that it takes up quite a lot of space in a bag.

But, as always, it should ideally be used at all times, both to reduce the risk of image-degrading flare and to help protect the lens’ front element.

While older Tamron optics often underperformed with respect to autofocus, the latest generation is much improved. In this lens the company has used a new motor, the cryptically named High/Low torque-modulated drive (HLD), which works very well indeed.

Autofocus is effectively silent and practically instantaneous, and I found it to be consistently accurate too. Overall, it’s as strong a performer in this respect as we’d expect from a modern lens, and a clear improvement on the previous generation. 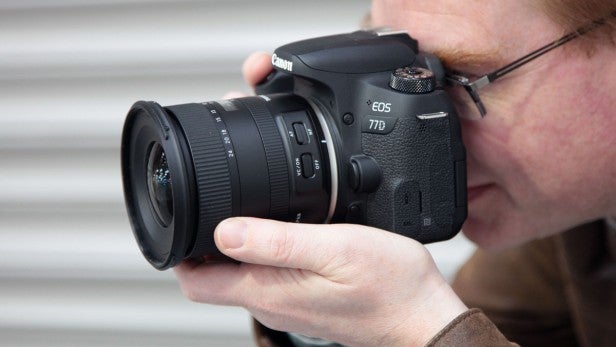 The manual focus ring is mechanically coupled, and has a decent long throw of around 150 degrees, enabling precise focusing. It can be safely used to override the autofocus at any time, without necessarily having to switch to MF.

When we come to examine pictures taken with this lens, the 10-24mm reveals itself to be a subtly different lens to its predecessor. It’s reasonably sharp as wide-angle zooms for APS-C DSLRs go, if not in any way breathtaking, and generally gives its strongest results around f/8 or so.

I found the image stabilisation to be pretty effective, which helps make the most of the optics. I was able to achieve reasonably sharp results hand-held using shutter speeds as low as 1/4sec at the wide setting, for example. 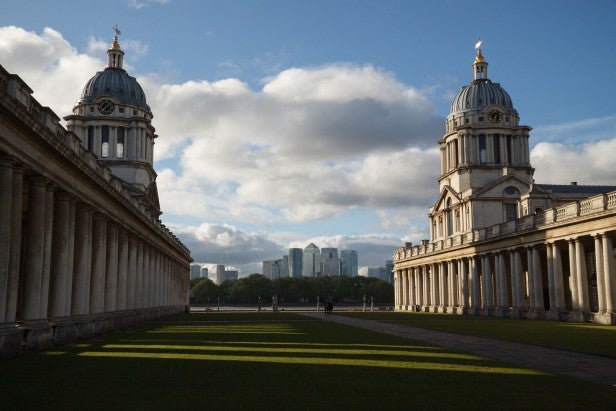 However, while the previous model concentrated on keeping straight lines straight, this VC version displays visible distortion at the ends of the zoom range. It’s of the barrel type at 10mm, turning to pincushion at 24mm, with the neutral point somewhere around 15mm. One practical concern is that this distortion means you’re more likely to shoot crooked pictures, particularly if you try to line up linear image elements against the edges of the viewfinder (consciously or otherwise). 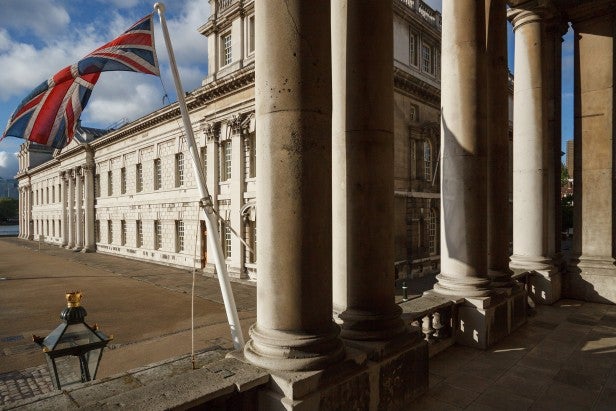 Unfortunately, there’s no way for third-party lenses to benefit from in-camera distortion correction with either Canon or Nikon DSLRs, so you’ll always see it in your JPEGs. But if you’re prepared to shoot raw then it’s a trivial one-click fix in most up-to-date converters.

Vignetting is quite visible when shooting wide open at all focal lengths, but it drops to acceptable levels by f/8.

The lens also exhibits quite obvious lateral chromatic aberration at wide-angle settings, with strong red and cyan fringing around high-contrast edges in the edges of the frame. 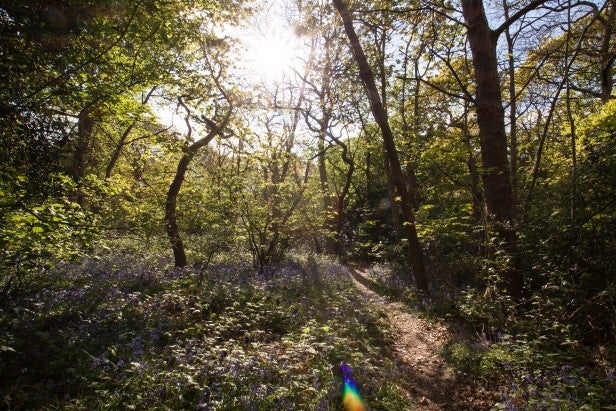 Modern Nikon DSLRs will correct this automatically in their JPEG processing, and it’s equally easy to fix when post-processing raw, but Canon JPEG shooters simply can’t get away from it.

All in all, this a lens from which you’ll achieve best results by carefully processing raw files using profiled aberration corrections.

Typically for a wide zoom, the Tamron is sharpest when set to its widest position, and loses a little bite on zooming in. In general, it gives the best results with the aperture set from f/5.6 to f/11, with diffraction visibly softening images from f/16 onwards, and f/22 or smaller best avoided. 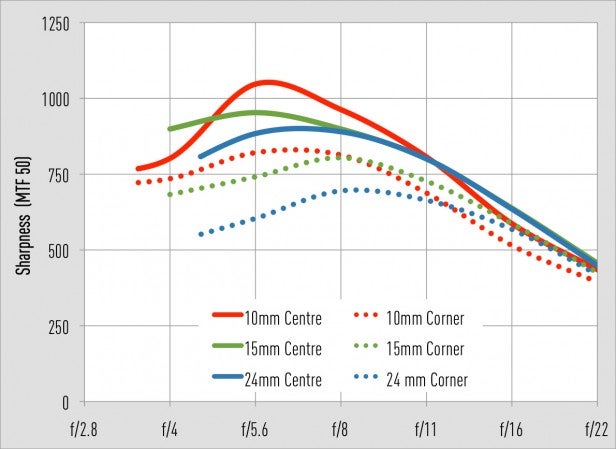 While light falloff towards the corners of the frame is quite noticeable wide-open at all focal lengths, it’s strongest at the 10mm position. It also never fully goes at smaller apertures, but can be minimised in-camera by stopping down to f/8. Naturally, it’s easy to remove in post-processing when desired. 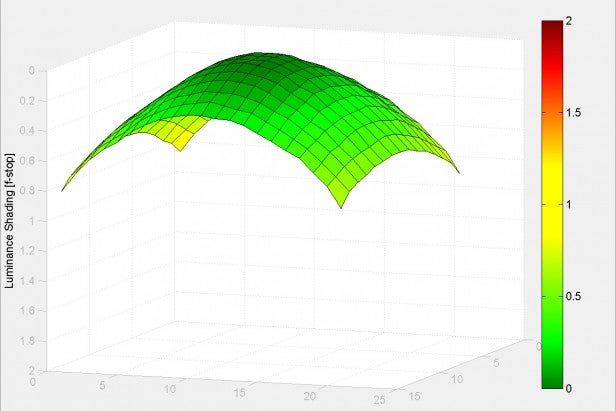 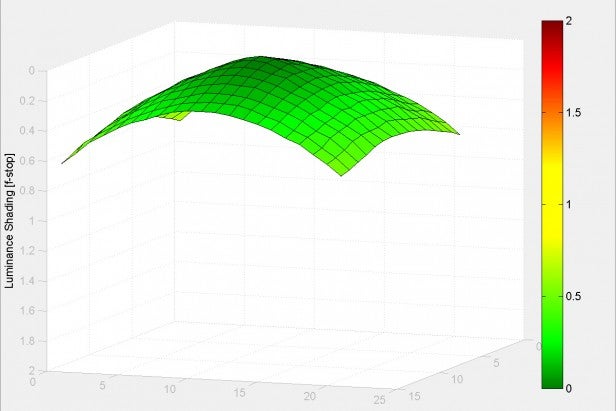 At 10mm, the lens shows an unusual pattern of distortion, with a near-perfectly corrected central square region but noticeable barrel distortion towards the left and right edges. It’s quite neutral in the middle of the zoom range at about 15mm, and at longer settings pincushion distortion becomes evident. For subjects such as architecture I’d recommend using profiled corrections. 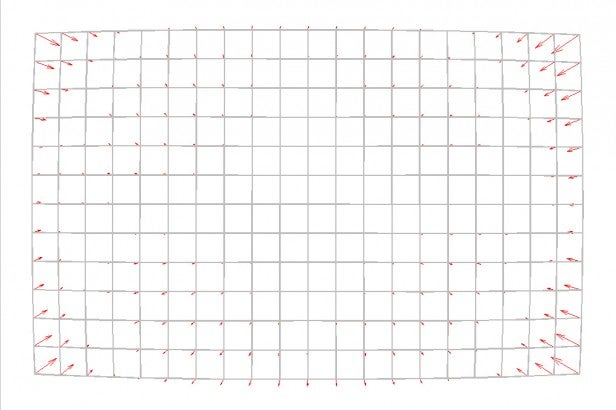 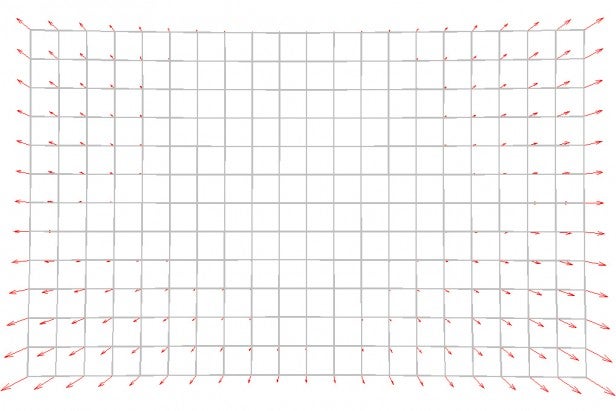 By making a weather-resistant, image-stabilised lens for APS-C DSLRs, Tamron has instantly produced something very desirable for outdoors and landscape shooters. In many ways, the lens lives up to its promise, with fast and accurate autofocus and effective image stabilisation in a compact package that handles well on the camera. So far, so good. 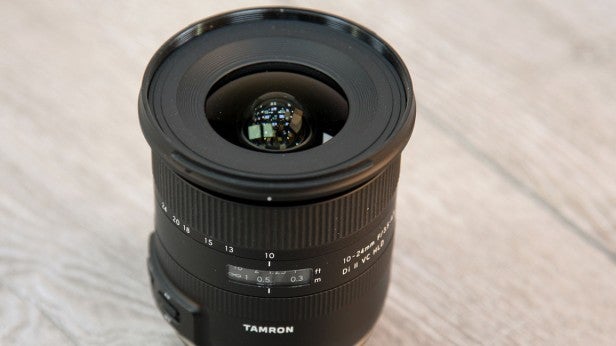 Optically, however, it’s a bit of a mixed bag, and in my opinion this is really a lens for raw shooters who can easily process away its more visible flaws, particularly distortion and chromatic aberration.

At launch it’s also expensive compared to highly regarded alternatives such as the Sigma 10-20mm f/3.5 EX DG HSM, but doubtless the price will drop over time. However, for Nikon users needing a stabilised wide angle it’s the only game in town, and that’s reason enough to give it serious consideration.

The optical image stabilisation and moisture-resistant construction are reasons to give it thought, but to get the best out of it you’ll want to correct its optical flaws in post processing.