The Swan Retro ST17010 is an impressive-looking four-slice toaster. It has an attractive price too – however, in this instance, the adage that you get what you pay for holds true.

The Swan Retro’s slots are on the small side, which means the top of the bread sticks out. As a result, browning is uneven. 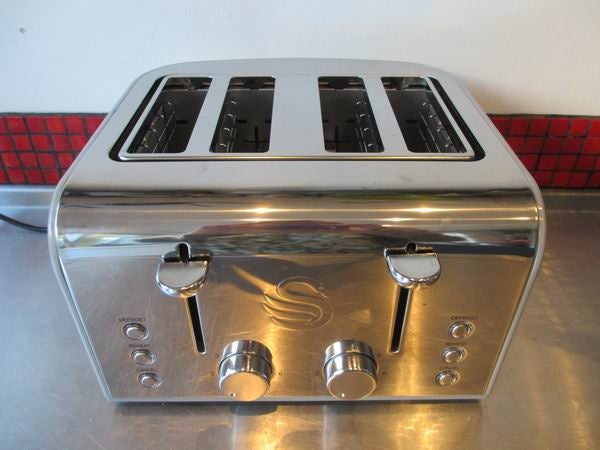 This four-slice toaster from Swan looks good and the styling isn’t too retro. The top and front, where you’ll find the controls, are finished in chrome. The back and sides wrap around in a curve and are available in cream, plum, bronze, black, blue, green, lime green, orange, red and rouge (a darker red) finishes.

The toaster has four slots, each measuring 13.5 x 13 x 3cm, which means a 3cm sourdough doorstep only just fitted in. There’s a cable tidy on the underside, but you’re unlikely to need since the cable measures only 60cm in length. 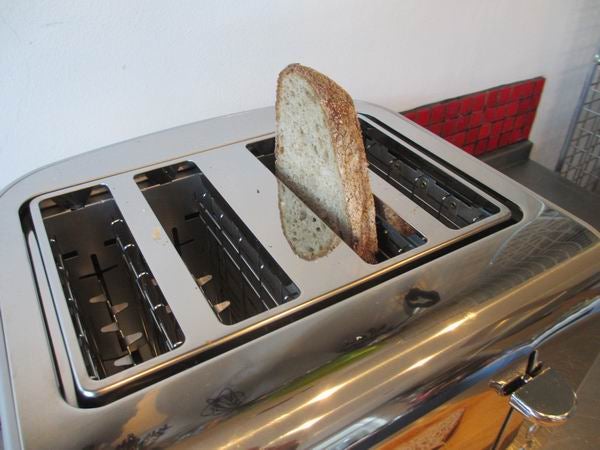 The controls at the front are in a chrome finish. Each pair of slots has its own browning control knob numbered 1 to 7, but you can position it between numbers.

Each pair of slots also has a lever, to lower and raise the toast, and three buttons. The latter are for defrosting/toasting bread straight from frozen and for reheating toast that’s gone cold. There’s a cancel button to stop toasting too – which means that you can use the levers at the front of the unit to lift up the toast to inspect progress without interrupting it.

There are two crumb trays, accessed from the rear, and the toaster’s feet are good and grippy. 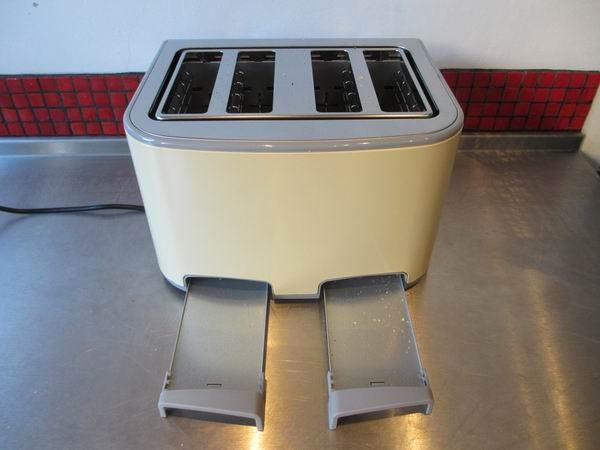 I loved the look of this toaster, but disappointment struck the moment I got a slice of bread out of the packet: the slots are too small. Where most modern toasters have slots long enough to fit in a standard slice of bread horizontally, the Swan retro could only hold it vertically. As a result, the top of the bread stuck out of the slot.

The metal grills that come together to grip the bread are also quite loose, the result being that a thin slice wouldn’t be held perfectly central in the slot. 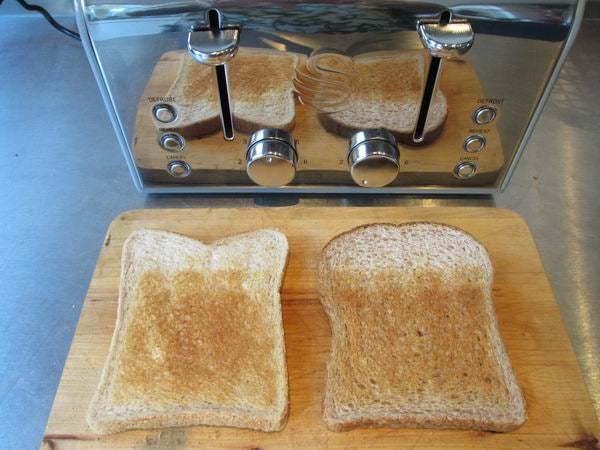 Surprisingly, the Swan’s browning was even – at least for those parts of the bread that fit in the toaster; the top 2-3cm were conspicuously underdone as a result of having to position the bread vertically.

This is a shame, since the toaster is great value for money. However, to have underdone toast day in, day out, would become an annoyance. 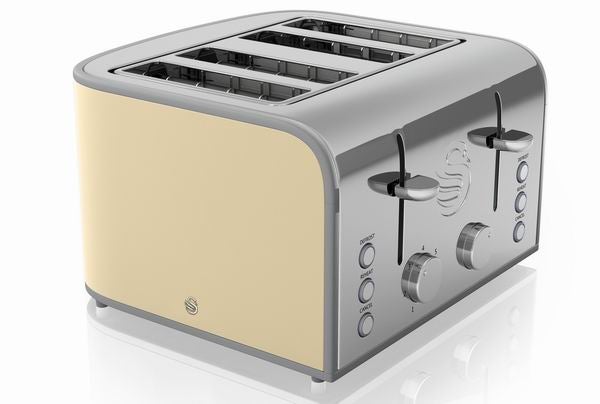 Should I buy the Swan Retro ST17010 Four Slice Toaster?

Maybe. If the uneven toasting isn’t a concern then shopping around will mean you’re able to pick up the Retro Swan for a keen price.

For the same money, the Kenwood TTP210 has two long slots to fit in four slices and gets better results. Or you could get the two-slice Tefal Toast n’ Egg. Or spend a little more and get the superb four-slot Hotpoint TT44EAX0.

Cheap as chips, but small slots and uneven browning mean the Swan is a bit of an ugly duckling.