What is the SteelSeries Rival 700?

The SteelSeries Rival 700 is a gaming mouse that’s aimed at those who want a highly customisable experience and are after serious performance in their favourite games. It’s well designed with a shape that rests nicely in the hand, and a sensor that allows for pinpoint accuracy in games of all genres.

Unusually, SteelSeries has decided to fit the Rival 700 with an OLED screen and vibrating motor. While this adds a whole new layer of customisability to the mouse, the list of supported games is limited, and the added costs that such features add may not be justifiable to the average PC gamer. 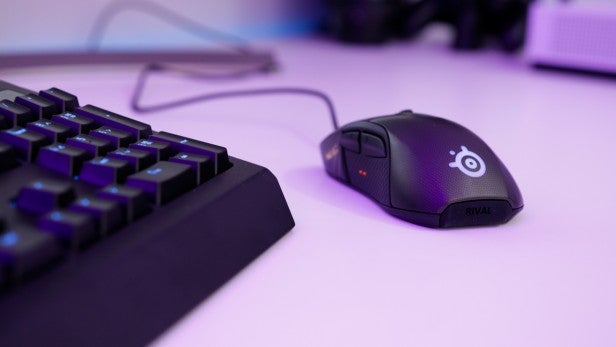 The Rival 700 is a medium-sized mouse with RGB lighting and seven customisable buttons. It’s on the heavier side at 135g, with most of the weight distributed towards the front of the mouse. I found that this made flick shots slightly trickier than I’d like, but otherwise it’s very comfortable in gaming scenarios. It should be noted that the weight can’t be adjusted, unlike on rivals such as the Corsair M65 Pro.

On the front of the mouse sits a smooth plastic shell. This is finished with a triangular pattern and an illuminated SteelSeries RGB logo. Note that the entire shell is user replaceable, should the desire take you (at additional cost, of course).

The top of the mouse houses the left and right clicks, both of which are marketed as using ‘reinforced switches’. Move down a little, and you’ll find the scroll wheel and DPI switcher. The scroll wheel feels good in operation, and is illuminated with an RGB backlight. The DPI button is super-thin, and is designed for infrequent use. It works without much issue, but I did knock it accidentally on the odd occasion.

The sides of the mouse are finished with rubber grips, which actually do a great job of helping to keep the mouse under control in high-intensity situations. The Rival 700 also does well to limit the build-up of sweat that can collects through long gaming sessions, which is something that can’t be said for Mionix’s Naos QG.

The left-hand side of the device also features three thumb buttons and an OLED screen. The display isn’t of the highest quality, however – it’s black and white, has a very low resolution, and refreshes at a mere ten frames per second.

The mouse has a 1ms polling rate, 50g of acceleration, and uses a PixArt PMW3360 optical sensor, which is regarded as one of the best on the market. The Rival 700 also has a maximum DPI of 16,000, although you’re unlikely to use anything above 4000. If you prefer to use a laser sensor, SteelSeries has designed the sensor to be user-replaceable, with a simple four-screw mechanism that releases the default optical module. It should be noted that only the optical module is provided in the box. 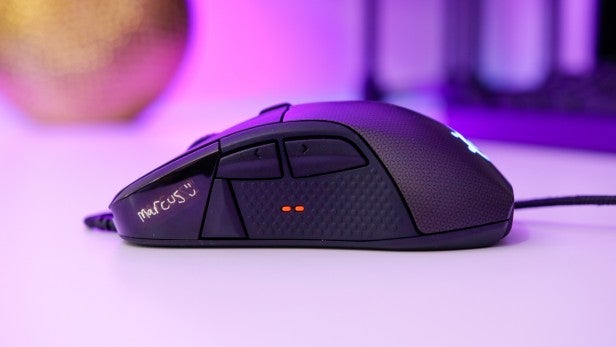 The Rival 700 is a brilliant mouse for gaming, and I’ve really enjoyed using it throughout my two-week review period. The mouse fits my hand well, with the weighting to my personal preference. I’ve been playing a lot of competitive shooters using the Rival 700, with Gears Of War 4 and Counter-Strike: Global Offensive my playground.

In Gears Of War 4, I found the mouse worked well to my play-style; it glides across my cloth mouse mat nicely. It’s a game that relies heavily on timing, and the precision offered by the Rival 700 really helps to give confidence when engaging in close-quarters combat. I’d have preferred to have the lower thumb button a little closer to the center of the mouse, but otherwise, I’ve been very happy.

As for Counter-Strike: GO, the mouse was able to hook into the game itself, coming alive as a result. You can set up functions to display items such as the number of kills and headshots on the screen, or configure mouse vibration when hitting low health or ammunition.

The former is very gimmicky, as taking your eyes off the screen to look at a tiny screen on the mouse is – frankly – a silly idea. The vibration,  on the other hand, is incredibly useful, since you don’t need to take your eyes off the action to know that something is wrong. The tracking of the mouse is also very good, with the PixArt 3360 sensor once again showing its strengths – lining up headshots just got a little easier. 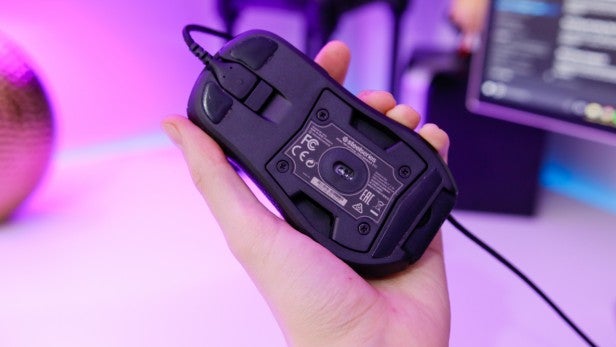 The software for SteelSeries peripherals is very well designed, and is up there with some of the best. It’s here that you can customise the RGB lighting, remap buttons, and play with the feedback settings. Setting custom profiles is super-straightforward, with options to have buttons launch macros and open applications, as well as run custom DPI settings on the sensor. You can also tie each profile to different games, which is a useful addition.

Unfortunately, the biggest letdown with the Rival 700 is the number of titles that support the OLED screen and vibration functions, since currently there are… three. Yes, three. To be fair, Dota 2, Counter-Strike: GO and Minecraft are some of the biggest games on PC, but it’s poor that pretty much every game will be unable to use the screen or vibration motor as intended.

You can set custom images for the screen, and configure a cooldown timer vibration upon a click or keypress (and then assign that to a game profile), but it’s hardly worth buying the mouse for these features unless you exclusively play these games. 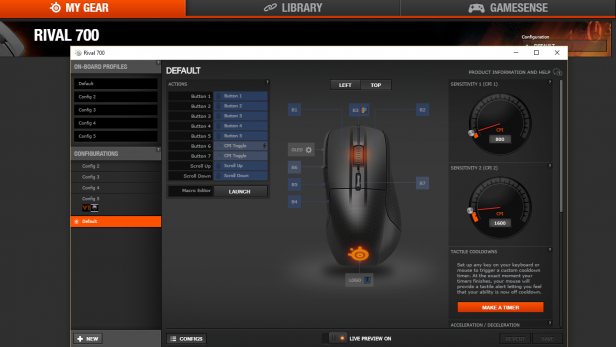 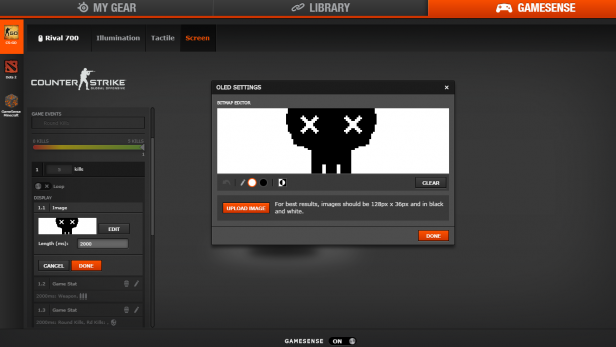 Should I buy the SteelSeries Rival 700?

Overall, I do like the Rival 700. It’s shaped very well, tracks accurately, and is comfortable over long gaming sessions. Its unusual feature set makes for a unique experience, and I think that SteelSeries is on to something with adding vibration to the mix – after all, we’ve had this in controllers for almost two decades.

At £90, it’s expensive for a wired mouse, but it does represent adequate value if you factor in the generous list of features. I’d wager that most customers will quickly forget about that OLED display, though, and it’s likely that their game of choice won’t natively support the rumble features.

If SteelSeries were to drop the screen and add a much larger library of supported titles, it would have a rather compelling device. 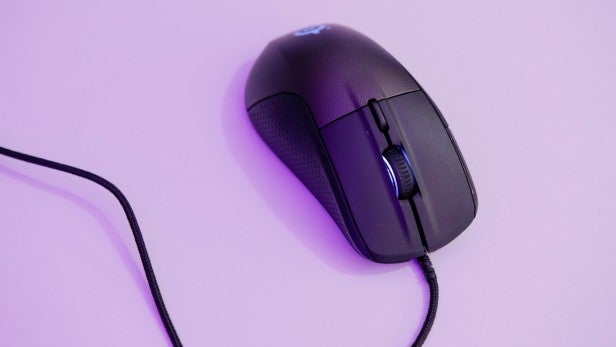 An unusual mouse that prioritises performance and innovation over value.