Depending on your point of view products targeted at ‘gamers’ are either a better-featured, if expensive, necessity or a pointless additional expense over a perfectly decent ‘normal’ alternative – the difference likely hinging on whether you interpret “1337” as a number, or as a rating of ones Modern Warfare 2 prowess. Whatever your option, there are clearly sufficient numbers of that latter group because the SteelSeries 5H V2 headset is the latest update to the original 5H, which launched some years ago now. 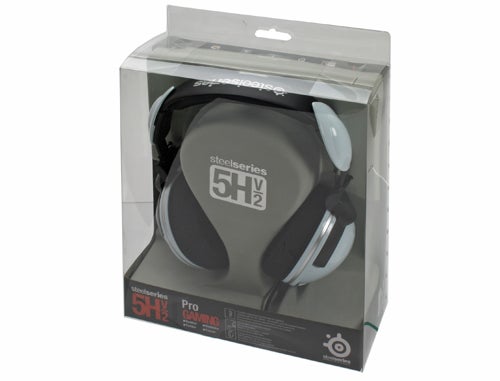 Outwardly little has changed. The example loaned to us has a rather fetching glossy white finish, but if that doesn’t appeal a black version is also available. The same three-segment design remains, with the ear-cups detaching from the headband making for easy storage during transport to any LAN parties you might be attending. If you’ve ever placed headphones in a backpack only to have them emerge in more pieces than you remember putting away you’ll appreciate why that’s a worthwhile feature.


The headband is padded with foam covered in faux leather and is very comfortable. The large earcups should encase all but the most BFG-like of lobes and are padded to the extent that they exert a barely noticeable, though still sufficient, pressure. As such this is a headset that can be – and by me was – worn for multiple-hour-long gaming stints with no hint of discomfort. 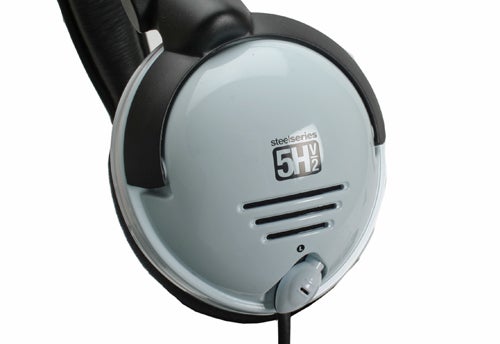 Also potentially useful is the shortened, braided cable emanating from the left earcup. This measures about a metre in length, with a further two metre extension available. As such if you have your PC close to you (say, sitting on your desk) then you won’t have miles of wiring trailing all over the place. The connectors are gold-plated and an in-line control allows for volume adjustment and muting of the headset’s microphone.

When not in use the microphone slots almost entirely into the headset, keeping it out of the way, but a quick pull is all that’s needed to extract it. The flexible cable means there shouldn’t be any difficulty adjusting the microphone’s position to pick up your voice loud and clear. Any good team player will espouse the benefits of inter-communication, so it’s good news for the SteelSeries 5H V2 that, in all the games I tested it in, everyone was able to hear my frantic cries for help – even if they weren’t so great at offering any. 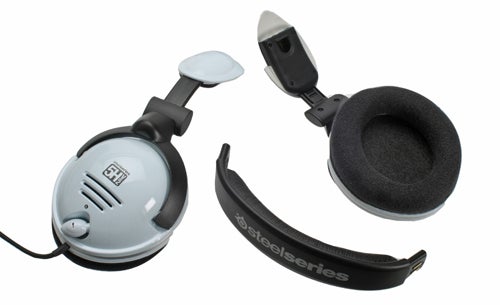 SteelSeries says that the 5H V2 headset has a “custom engineered soundscape for gaming.” What that means, apparently, is that important sounds, gunfire, grenades bouncing about, footsteps and so forth, should come through clearly over and above everything else giving you an edge over your opponents. Certainly, there’s a tangible benefit to be had from knowing whether you’re being shot at from the left or right so in theory, at least, this should prove useful.


I certainly can’t deny that I was able to pick out sounds directions much better with this headset than that which I was previously using, but considering how God-awful my previous equipment was that’s hardly surprising. It’s a matter for debate whether my recent improvement in Modern Warfare 2 online (read: sometimes I don’t die constantly any more) while using these headphones wasn’t more a result of actually plugging away at the game for a good few hours in succession, rather than a new-found ability to hear enemies better – although the latter benefit was evident. 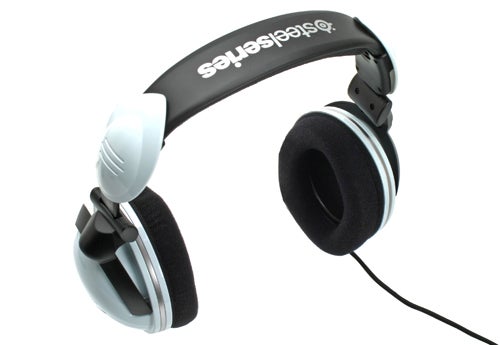 The headphone’s tuning is more evident when listening to music than in games. That’s hardly surprising; in-game the tuning is making the sounds you want to hear more pronounced, and as such is hardly evident. With music, however, the frequency response biasing which SteelSeries has implemented leaves everything sounding not quite right. I don’t have any complaints about the 5H V2’s performance watching TV or films, though; at least not with anything available on the iPlayer and 4oD. The issues with music are hardly a reason not to buy a gaming headset at any rate.


The SteelSeries 5H V2 isn’t exactly innovative, but fortunately the product from which it derives was good enough to start with. As such this latest edition is still a capable, decent value gaming headset.