Heart of the Swarm –  Evolution

Of course, in Heart of the Swarm those Zerglings are evolving. The Evolution Pit on your Zerg mothership works as a sort of research facility, allowing you to call in offensive and defensive improvements for your basic troop types, but Heart of the Swarm also throws in special evolution missions, where you get to try out two different varieties of Zerg and pick which one you want to take with you through the campaign. First off, for example, you get to choose between Zerglings that spawn almost instantly and Zerglings who can hop up cliffs and take your enemies by surprise. You’ll want them both, but which one will you choose? 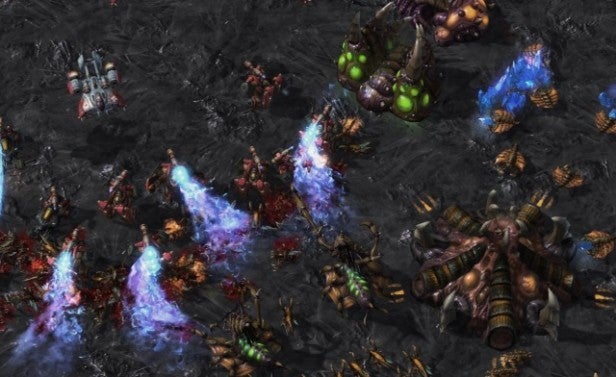 As the brood evolves so does Kerrigan, levelling up to deliver more damage and unlocking new psionic capabilities. Again, there’s a choice to be made. You might want Zerglings that automatically respawn and faster-morphing, more capable Overlords, but you can’t have both. This boosts Heart of the Swarm’s slightly RPG-like feel, not to mention your investment in Kerrigan as a character.

We love StarCraft II, and we love playing as the Zerg, making Heart of the Swarm a bit of a no-brainer. The Zerg are hilarious. There’s none of this entrenching business you get with the Terrans or the focus on small groups of power units you get with the Protoss. It’s all about rapid growth, rapid evolution and building wave after wave of attackers, keeping your enemy on the back foot by combining ground and air attacks. Heart of the Swarm works as a solo campaign because it plays to the strenghts of the Zerg – and even exaggerates them – without turning into a one-note affair. This is StarCraft at its single-player best. 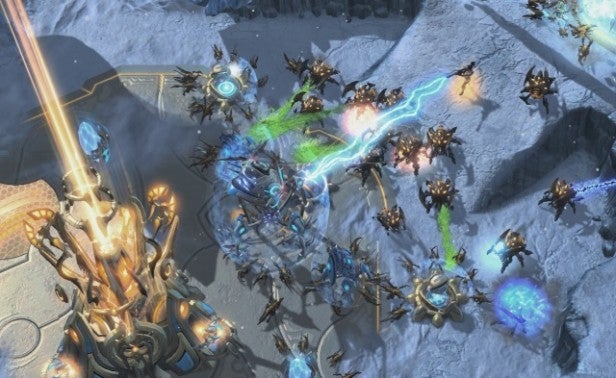 Heart of the Swarm – Multiplayer

The usual wisdom is that players come to StarCraft for the campaign but stay for the multiplayer, and up to a point the usual wisdom’s right. However, Blizzard has noticed that some solo players never make the transition, finding the thought of being constantly trashed by expert players too intimidating or depressing to countenance.

As a result, Heart of the Swarm introduces a more gentle approach for newbies, beginning with a series of tutorial missions that introduce the current faction, their unit tree and an optimal build order. It’s a bit like playing while a more experienced player advises you on what to do and when to do it, and gives you a chance to build up the kind of speed of action and decision-making that multiplayer StarCraft demands. 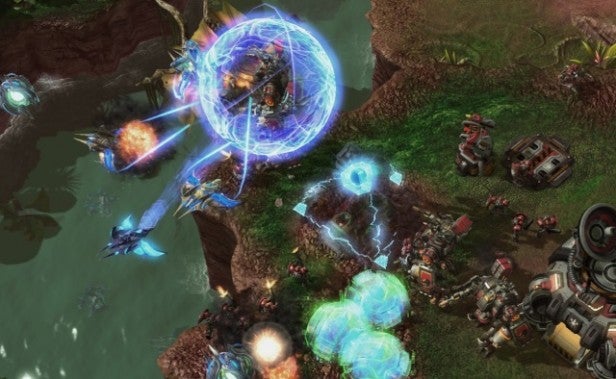 After that, it’s time for a series of matches against AI opponents to determine your skill level before you go on to unranked games against matched opponents and then proper ranked games. There’s still a learning curve involved – our Zerg force actually got wiped out by Protoss units on our first go at the third tutorial – but it’s a slightly easier one to handle. For those of us who gave up on multiplayer StarCraft with Wings of Liberty, it might be time to give it another try.

Multiplayer StarCraft is so challenging and delicately balanced that it’s impossible to say at this stage whether the new units and tweaks brought with Heart of the Swarm make it better or worse. What we can say is that StarCraft hasn’t reached the top of the RTS tree and stayed there for no reason. While some players have moved on to Multiplayer Online Battle Arena games like Defence of the Ancients and League of Legends, StarCraft II isn’t going anywhere. On first impressions, Heart of the Swarm only adds to its appeal.

Heart of the Swarm isn’t a radical reinvention of the StarCraft universe, but its tweaks and enhancements make an already excellent RTS even better, while the single-player campaign sits right up there with the very best. If you already love StarCraft you’ll doubtless love this, and if you’re a lapsed StarCraft player then this might reignite your passion, though you will need Wings of Liberty to play it.