With 2009’s Star Trek reboot, JJ Abrams revitalised the movie franchise by the simple virtue of making something familiar, but with a fresh, new energy. Released to capitalise on the new sequel, Star Trek: Into Darkness, Star Trek: The Video Game hopes to repeat the same trick.

There hasn’t been a really good Star Trek game for over a decade, and this new effort does its best to capture the feel of the new movies and the spirit of the shows that inspired them. In the end, though, while it manages the familiar part, it never quite delivers on the fresh, new energy bit. 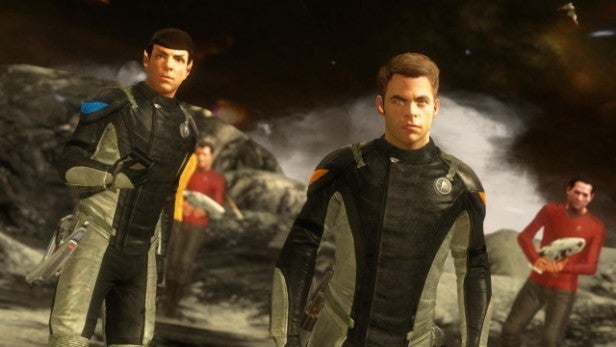 What we get is an Uncharted-style third person action game, focused squarely on co-op play and mixing cover-based combat, platforming, stealth and a little puzzle solving. It’s set somewhere between the two new movies, with Kirk and Spock as the two playable characters and the rest of the cast playing secondary roles. The plot is fairly standard fare, with the evil Gorn – the lizard-like creatures Kirk battles in the original series – stealing a device of ultimate power from a fledgling new Vulcan homeworld.

Star Trek: The Video Game wants to be a cinematic experience, which means we get the voices of Chris Pine and Zachary Quinto for the roles of Kirk and Spock, plus Simon Pegg, Zoe Saldana and the rest reprising their characters from the film. It would have been nice if there had been a budget for motion capture too – the cut-scenes might be more convincing, and we’d have been spared the lifeless animation – but there’s enough warmth and banter in the script to remind you what made the last movie work so well. 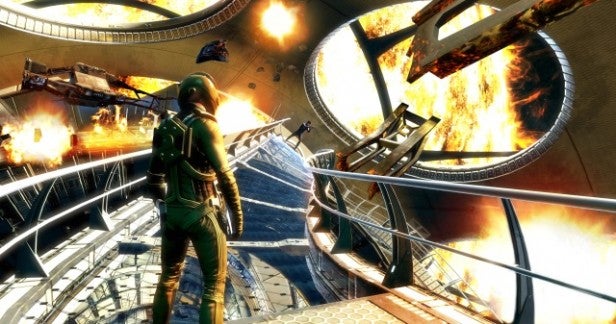 The Gameplay does its best to play true to the franchise as well. Sure, there’s a lot of cowering behind barricades and blasting, but optional Commendation objectives reward you for thinking and playing like a Star Fleet officer, stunning targets when you don’t have to kill them, using stealth instead of violence or finding alternative routes around the level that avoid open combat. Kirk and Spock have distinctive play styles with different abilities that suit their brash or logical personalities. Kirk is more your standard action hero, while Spock can use his nerve pinch and mind meld abilities to dispatch the opposition.

Along the way there’s room for a little space combat, and the ship, scenery and weapon designs are all true to the updated Star Trek vision of the Abrams films. Fans might note that there’s not nearly enough lens flare, but this is recognisable new-school Star Trek game. It even has a Michael Giacchino score. 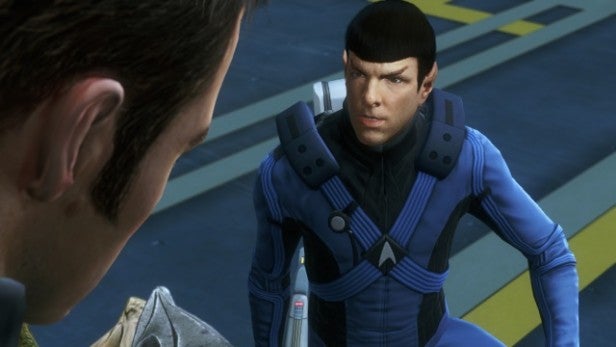 Nor is it utterly devoid of invention, even if in this case invention means pinching ideas from a wider range of genres. We can take or leave the hacking mini-games, which are roughly as interesting as most other hacking mini-games we could mention, but there are some nice co-op touches pinched from Gears of War and Army of Two, and at one point the game even steals concepts from the Portal playbook. You can see that the development team at Digital Extremes has tried to work out what would make a good Star Trek game, and occasionally pulled it off.

Next
Star Trek: The Video Game – The Verdict Review