Available on Xbox 360 and PS3 (version tested)
If there’s one game that SSX reminds us of, it’s Criterion’s 2010 stunner, Need for Speed: Hot Pursuit. Like that game it’s an unashamed franchise reboot, albeit a reboot of a franchise that disappeared quietly around five years ago rather than one that had become a running joke. And like Need for Speed: Hot Pursuit, SSX takes what we all loved about the best games in the series,  then wraps it up in a new graphics engine, with a new sense of scale, a more freeform structure and a mass of very clever online features. 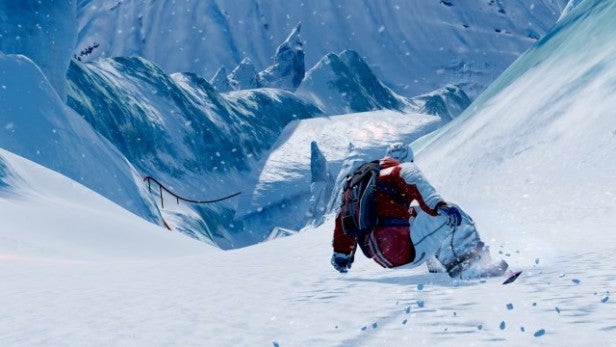 This isn’t a realistic snowboard simulation. While EA brought in masses of satellite data to recreate whole sections of the Rockies, the Alps, the Himalayas and others, the game’s wide and open courses are festooned with icy tunnels, chunks of downed planes, snowbound alpine villages, industrial debris and ridiculous, spiralling rails for your snowboarders to grind along. Boarders fly into the air, pull off ludicrous gymnastic somersaults and land hundreds of feet below without so much of a hint of slipped discs or shattered knees.

Some courses even require you to don one of those wingsuits used by the nuttier kind of basejumper, so that you flip off a ramp over a chasm, deploy your wings and glide gracefully to the next slope. If you’re looking for the realism of the early Amped games, you’re not going to find it here. 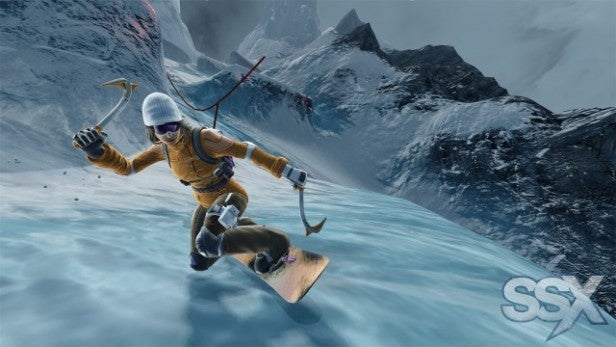 But then SSX works on a bigger level. It’s a thrill ride, half high-speed racer, half supercharged stunt showcase, and on this level it’s astonishingly good.

Events generally take two forms. On the one hand, there your races, where you and one or three rivals try to hit the finish point at the bottom of the mountain first. On the other hand, there are trick events where it’s all about building up the highest score on the way to the finish.

Either way, tricks – spins, grabs, flips, rail-grinding moves and the rest – fill up a boost gauge, and this can either be used for a temporary burst of speed, or saved until you go into a Tricky mode, where boost is unlimited for a short time and you can pull off even more outrageous stunts. Keep chaining tricks together and you unlock a second-level mode, where even bigger signature moves become possible. 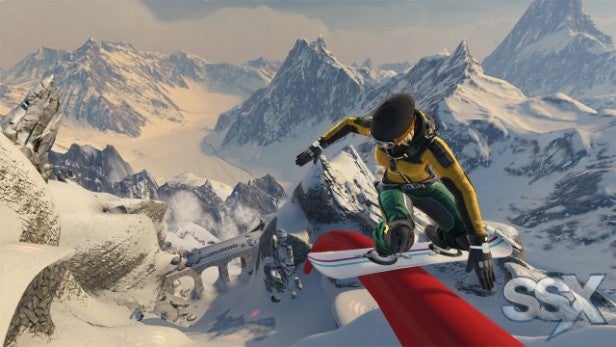 On top of this, tricks can – and need to be – strung together in combos for bonus multipliers, but if you tumble, hit an obstacle or make a bad landing, you lose the current string. As a result, there’s always a level of strategy to playing SSX. Do you keep pulling off tricks to build your combo at the risk of losing all, or do you pause for a second, bank the points and start again? Do you boost now and catch up with your rival, or hold back and use Tricky mode to catch up?

We say strategy, but to be honest there’s not much time for conscious decision making.  The action in SSX is fast and intense, requiring the kind of zen-like focus that fans of Wipeout, Burnout and Need for Speed: Hot Pursuit will know all about. And it’s an overwhelming sensory experience as well.

The riders have a slightly cartoon style to them, but they have detailed clothing and convincing animation, and the landscapes are just beautiful. There’s only so much you can do with snow and ice, but SSX gets around this by giving each of the game’s nine areas a theme, whether it’s the trees and granite of the Rockies or the industrial ruins of Siberia, and it’s the kind of game where flares go off as you race past them and everything that can glow, does glow.

The soundtrack is phenomenal too. It’s not just the content, though the game’s mix of indie rock, dance, electronica and dubstep works perfectly well, but the presentation. Tunes are mixed in and out to match the action on the screen, and there’s even a cool repeat effect that chimes in when you’re grinding along a rail seeing how many times you can spin. Like Dead Space or Bioshock before it, SSX sets a new bar for audio design in its genre.

Yet the thing we love most about SSX is that it finds a real balance between the easy-to-follow structure of the old SSX games and the more freeform exploration of games like Amped. The game has a straight, single-player story-led campaign, which sees the SSX team facing off against a rival extreme-sports crew across a series of the world’s deadliest mountains, but over time this becomes less the heart of the game, and more a means to unlocking characters and equipment. Instead, the long term draw of the game lies in its Explore mode, and in its online play. 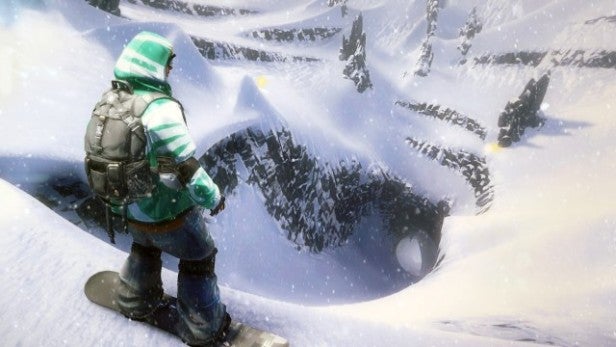 In Explore mode, you’re granted access to a huge range of over 150 events spread across the game’s nine ranges, pushing for medal positions in each one. The desire to better your score is addictive enough, but it’s all integrated with RiderNet, an online system that works much like Need for Speed’s Autolog. Suddenly you’re not just competing against yourself, but against other players on your friends list, and they’re laying down times for you to beat, beating your times and daring you to come back for another shot. 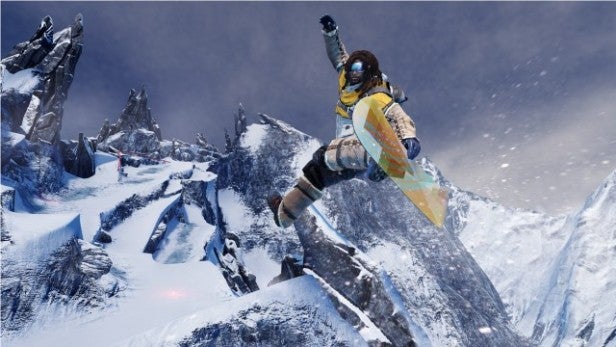 Global Events mode takes things one stage further. These are challenge events, open to the game’s entire player base, where you drop a set number of your in-game credits to join and have until a deadline to get the highest score or quickest time possible.

The higher you go up the rankings, the more credits you win back. As you take on the events, you can see other players taking them on at the same time, which makes it feel like a race even when – strictly speaking – it isn’t. Cleverly, the game also allows you to leave glowing spherical Geotags in inaccessible places on a mountain. The more these remain undisturbed by other players, the more points you get, while you earn credits for grabbing someone else’s. 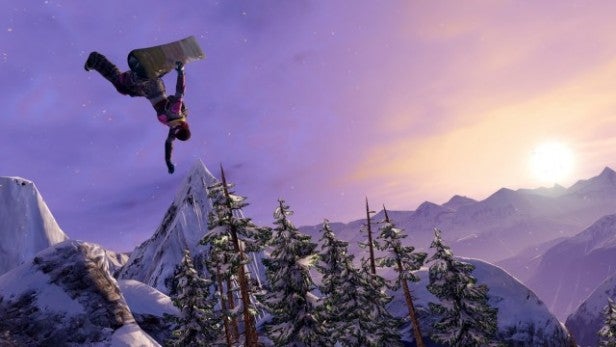 Some players may bemoan the lack of a traditional online multiplayer mode, but to our minds this is better. You’re not reliant on matchmaking systems or left waiting in the lobby – you just get out there and do the best that you can do. Plus, the more you play SSX the more confidence you develop in your skills and the more you want to show what you can do.  It all gives SSX a level of depth that previous extreme sports games have never had. 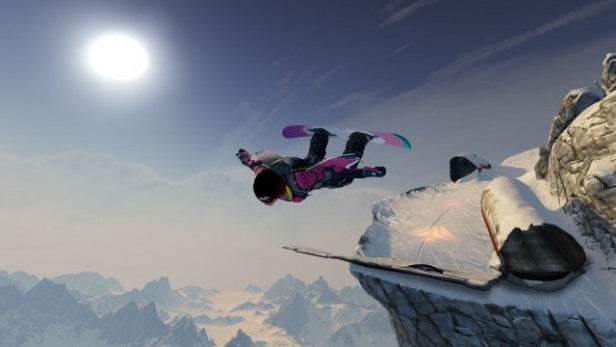 If the game has a fault, it’s that it can seem fearsomely challenging. If you’re not paying attention in the game’s majestic airbound tutorial you’ll struggle with building your tricks and combos, and even then pulling them off in the heat of the moment can be tough. Some of the steep mountain courses have terrifying insta-death drops or chasms, and you’ll find yourself using the ‘restart’ feature quite a lot (to the extent that the game actually has an option to switch off that annoying ‘are you sure?’ confirmation).

The difficulty level is ameliorated by a rewind function, but using this loses you points and doesn’t rewind the progress of any rival racers.  In a way, though, it’s great to see a game that demands a little skill, and – once you get used to it – playing SSX feels intuitive and natural.

SSX is a phenomenal snowboarding game, capturing the spirit of the PS2 original in a game that sits right on the console cutting edge. With a perfect balance of visceral racing and gravity-defying stunts, plus superb online features, this is a miraculously successful reboot of Need for Speed: Hot Pursuit proportions.