Speakers that don’t plug into the mains – or into a dedicated amp – aren’t known for their robust sound and loud volume. However, when you’re out and about a power socket’s hardly ever handy. The Soundscience QSB speakers offer a genial solution without reverting to packing-in batteries – they’re powered through a computer’s USB port.

At £89.99, the Soundscience QSB aren’t cheap. For the same price you could buy a full 5.1 speaker system for your desktop, but these two types of speaker set are talking to different audiences. These can certainly stay rooted to a desk if you want, plugged into your home computer, but to leave them doing so is to miss the point. 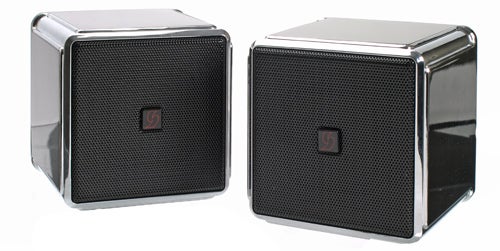 These speakers are begging to go on adventures with you, but at the same time they’re not ultra-portable. Each speaker housing spans just under 10cm in each dimension and is fashioned out of ultra-tough, seemingly very thick glossy plastic, apart from the coated-metal grille on the front. The silvery edges aren’t metal, much as it may look like they are from a distance. A brief glance may make you equate the Soundscience QSB with cheap PC speakers, but they’re poles apart. They’re solidly built and don’t creak or flex under pressure at all. 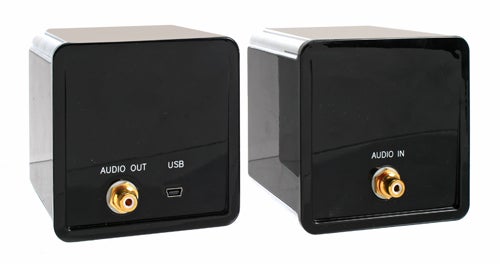 As a result they’ll handle some rough treatment, but in order to keep that shiny finish at its best, a decent carry case is included too. It’s lightly rubberised and almost as tough as the speakers themselves. Moulded to the shape of the Soundscience QSB, it doesn’t take up much additional space but is still a hefty slab that’ll fill a significant portion of the space in a rucksack, and certainly won’t fit in the average handbag. 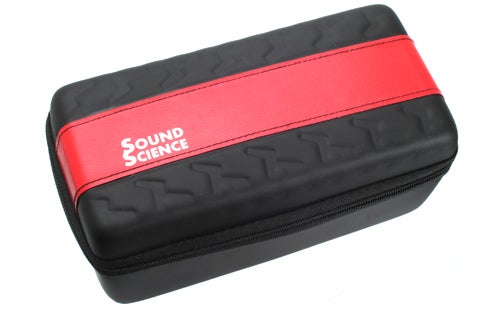 On the bottom of each speaker are four rubber feet, to give them a bit of grace when they land on whatever surface you finally settle for. On the back of each there’s just one gold-coloured, metal speaker terminal. It’s a proper hi-fi phono connection too – none of that 3.5mm jack rubbish here. One speaker back also features a mini-USB port, but the rest of the speakers’ bodies are blank. No buttons, no volume control – just smooth, shiny excellence.

The design is virtually seamless – literally. We can’t find any way to open the speaker boxes up, and it’ll take a while to even find out where its seams are. It feels like one solid lump of plastic. It may not sound as impressive as the metal unibody designs of Apple’s laptops, or such like, but there’s a similar high-quality vibe going on here. 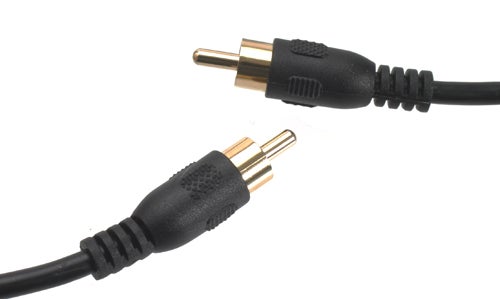 An “audiophile grade” cable used to connect the two speakers is included, as well as a miniUSB-to-USB cable, to plug them into a computer. The ends of the speaker cable are lightly magnetised too. It’s another neat little signpost of quality that does have some use – it means the fit between the RCA connectors can be a little looser, reducing damage whenever a cable’s accidentally yanked out quickly. And that’s more likely to happen with a portable product like this than a home-bound set.

The Soundscience QSB speakers are incredibly easy to use. Just plug them into your computer over USB and that’s it. There are no additional drivers and the speakers automatically start piping out any audio playing within a handful of seconds. It’s not as instantaneous as plugging-in speakers to a dedicated audio output obviously, but also not all that far behind.

All control over the sound, including volume, is done within your computer, using the standard volume controls of your OS. It’s all part of being powered by the puny 2.5 Watts of power available through a USB socket. 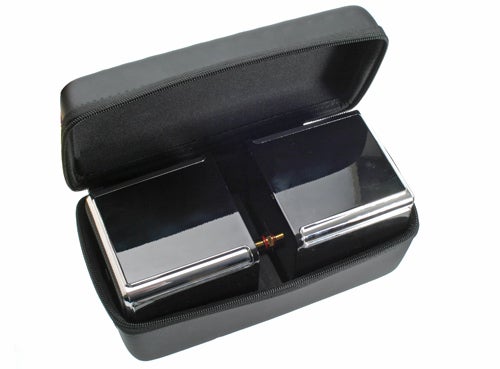 To get by with such little power, the Soundscience QSB speakers have to be ridiculously efficient and easy to drive. Therefore, inside each chunky cube is a 4cm Balanced Modal Radiator panel, a driver
technology specifically designed for maximum quality in minimum space. The resulting sound is surprisingly powerful. It’s very well-balanced, detailed and highly musical. Sat in front of a laptop with them plugged in you’re able to get an excellent stereo image setup, especially with proper toe-in (aimed slightly towards the middle), unlike the less flexible – if more portable – Logitech Z305 laptop speaker.

Naturally, they can’t hope to produce subwoofer-like bass from such small drivers but the QSB speakers have no trouble filling a room. The sound is surprisingly full and warm too. We imagine they’d be able to handle even more volume than it’s possible to give them – there’s no distortion whatsoever right up to top volume. We were able to introduce some nasty noise by further increasing the volume using VLC player (effectively overdriving the levels of the music itself), but that’s not down to the speakers. 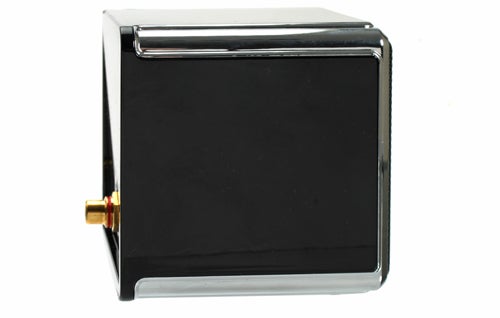 The obvious quality of the drivers makes us wish we could use the Soundscience QSB speakers with another source, but the design puts a stop to that. They won’t work with just anything with a USB slot either, it needs to be a proper computer. So that discounts TVs with USB slots, phones and all sorts of other gadgets that could be used with a more conventional set of portable speakers. 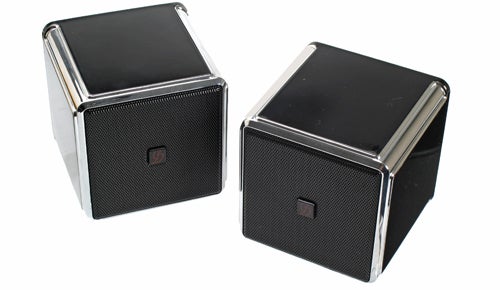 However, there’s a lot to admire about the purity of their design, especially when it’s carried off so successfully. They’re very flexible within a certain small set of criteria, but in a wider sense they’re restrictive. We know that if they were bored into with more holes, for other inputs and power sockets, some of the desirability of these speakers would seep away. The audience for the Soundscience QSB may be limited by design, but the more we think about it, the more we like them just as they are.

Other USB powered laptop/computers speakers tend to focus on value rather than performance, making the Soundscience QSB rare beasts. Alternatives like the Logitech Z205 and HP’s Thin USB powered speakers are available for less than half the price, but they don’t come close to matching the quality and style of this set.

The Soundscience QSB USB-powered speakers may seem pricey,
but their great sound and build quality justify the outlay if you frequently
work on a laptop and are not chained to your desk. Cool and convenient, they’re
probably the most desirable USB speakers around. They only function within a limited set of situations, but within these limitations they perform wonderfully.