In the world of beat-em-ups, as in the beat-em-ups themselves, it seems as if only one champion can reign supreme. In the PlayStation era that champion was Namco, whose Tekken and Soul Edge games always seemed to have the competition on the ropes. In the next console generation, victory moved between Namco, Sega and Tecmo, as the Tekken, SoulCalibur, Virtua Fighter and Dead or Alive series jostled for position. In this generation, however, the crown has returned to a resurgent Capcom. While Namco and Sega have done great work on the Xbox 360 and PS3, it’s Capcom’s Streetfighter IV and Marvel vs Capcom 3 games that have redefined the fighting game for this era. The competition has, by contrast, seemed stuck in a rut. 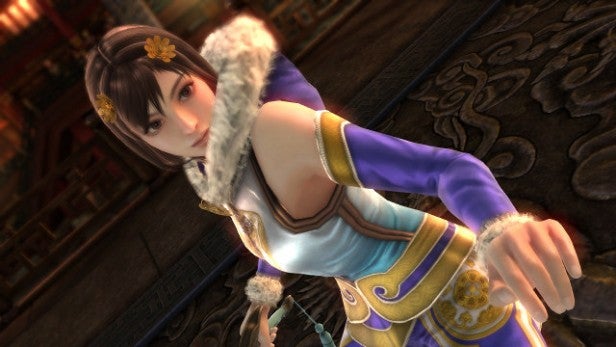 That’s an impression SoulCalibur V does little immediately to dispel. Namco’s mix of pseudo-medieval European swordplay, martial arts and baroque fantasy has never looked better, and the latest version can boast solid online play, a strong roster of characters and a mass of play modes and features. Yet real changes to the style and gameplay initially seem few and far between. It’s an arena-bound, one-on-one brawler that plays out in a classic style, with no fancy gubbins like multi-stage areans or interactive terrain. It’s not the kind of game that redefines a genre.

The basic moves will be familiar to returning SoulCalibur veterans, and while it’s good to see some new faces on the character selection screen – and the disappearance of a few old ones – it has to be said that some of those new faces are really variations on old themes, with SoulCalibur V introducing a selection of son/daughter characters that effectively recreate their parents with minor tweaks. SoulCalibur V can’t even boast the Star Wars special guest stars of its predecessor, with Assassin’s Creed’s Ezio Auditore being the only non Tekken or SoulCalibur contender. It still has what is arguably gaming’s finest selection of tough guys, feisty babes, hulking monsters and razor-clawed creeps but there’s a sense that it’s lacking inspiration. 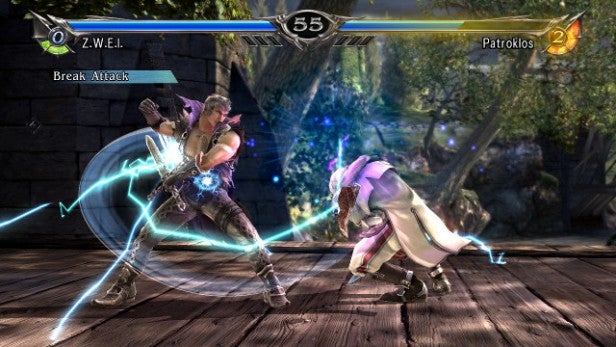 Carry on playing, however, and it’s not long before you spot where some creative energy has been applied. The biggest is the addition of a new meter and new ‘Edge’ combos, which can be triggered when the meter reaches certain levels. These Brave and Critical edge combos unleash a barrage of high-powered attacks, laying the smack down on any poor soul on the receiving end, and give SoulCalibur V a slightly different feel than previous games in the series, with less emphasis on guarded play and chipping away at your opponent and more emphasis on building the meter and biding your time to trigger an Edge attack. It also makes it a more spectacular game, and it’s clear that Namco has been taking tips from Capcom’s StreetFighter IV and Marvel vs Capcom 3 in this area. It’s an interesting change and a boon for expert players, but it might not be so popular with more casual fans who prefer a less combo-heavy approach. SoulCalibur was never a post-pub fighting game in the vein of Tekken, but now it’s that little bit less so.  Button mashing newbies will find themselves wiped out. 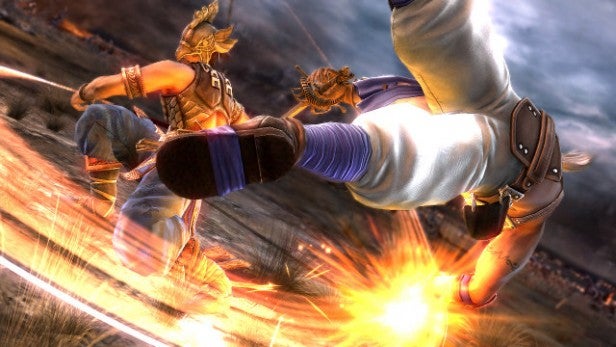 One thing that will be more welcome across the board is a renewed focus on the single-player game. A surprising number of recent fighters seem to have focused on two-player and online play at the expense of solo players, jettisoning story modes and even replacing them with pseudo-online play modes where the CPU takes on a range of different aliases and play styles. SoulCalibur V still has one of these, but it also has a classic six stage arcade versus mode, where each character takes a different path, and – more importantly – a bona-fide narrative campaign.

This isn’t flawless. It only makes a handful of characters playable, and Namco has cut costs by using hand-drawn illustrations for the linking-scenes instead of lavish cut-scenes. The characters themselves are quite annoying, and there’s a lot of dodgy dialogue and a bit too much repetition. If you had a chance to play last year’s surprisingly good Mortal Kombat reboot, then this story mode offers less variety and less excitement. All the same, it provides a good basic intro to the game and the new mechanics, and an enjoyable few hours of brawling before you get your teeth into the other modes. 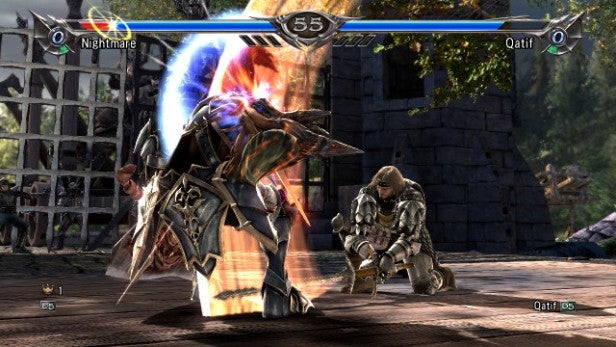 Here there’s plenty to keep solo players going, with the arcade mode to run through, extra characters to unlock, some superb character creation and customisation options, a sizable challenge in the Quick Battle mode and an even greater challenge in the fearsomely tough Legendary Souls mode; a mode which is, frankly, beyond our modest capabilities. Meanwhile, Namco has pretty much nailed online play, with accessible quick matches and lobbies and smooth, lag-free play. Like all fighting games SoulCalibur V is best enjoyed with a mate on the same screen in the same room, but when that’s not possible, it’s still a very satisfying game, 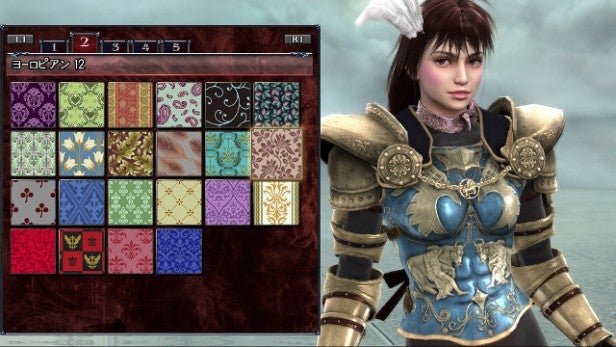 Graphically, SoulCalibur V is a small step forwards from the already magnificent looking SoulCalibur IV. The animation looks slightly smoother and more natural, while the costumes and armour now exhibit a ludicrous quantity of detail. At first the arenas seem a little underwhelming – even a bit repetitive and gloomy – but on closer inspection they’re packed with little incidental details, making SoulCalibur V an even more spectacular fighting game to play, not to mention watch. 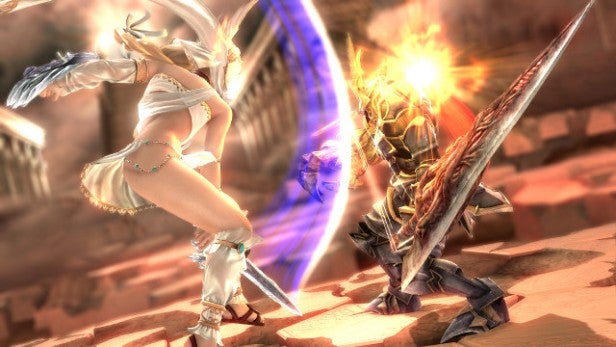 In short, this is an excellent Fighting Game and an excellent SoulCalibur. The only fly in the ointment is that it doesn’t quite feel essential. Both Streetfighter IV and Marvel vs Capcom 3 were easy people pleasers, with as much to offer casual gamers as dyed in the wool fighting game nuts, and with the kind of bold strokes and dizzying spectacle that made every game a thriller. By comparison, SoulCalibur V is enjoyable, challenging and beautifully constructed, but a little tame.  It’s the sort of game that will be a hit with fans of the series and the genre, but won’t make the same kind of impact on the masses beyond.

Verdict
SoulCalibur V is a beautiful swashbuckling brawler that makes some sensible changes to the aging formula and delivers a more satisfying single-player experience than many recent fighting games. If it falls short of greatness, it’s because it doesn’t have the ‘oomph’ of Streetfighter IV and Marvel vs Capcom 3 or quite the same degree of mass appeal.