In many ways the Xperia 10 is an excellent mid-range smartphone. It features a robust, comfortable to hold design, nicely clean Android software and an excellent screen, considering its price. But its use of old hardware stops it from being the Moto G-killer we'd hoped for and means it's woefully under powered by today's standards.

The Xperia 10 is the latest semi-affordable handset from Sony. At first glance it’s an interesting beast, featuring a 21:9 aspect ratio display that the company claims is “optimised” for Netflix movie binging.

This, plus a sleek, jeans-friendly design mean that, for the most part, the Xperia 10 is a fine mid-ranger likely to meet most people’s needs.

However, look beyond the surface and things aren’t so rosy; the phone runs on ageing components. As such, it can’t quite match the specifications or performance of key rivals, such as the Moto G7 Plus, which offers better specs and costs nearly £30 less. 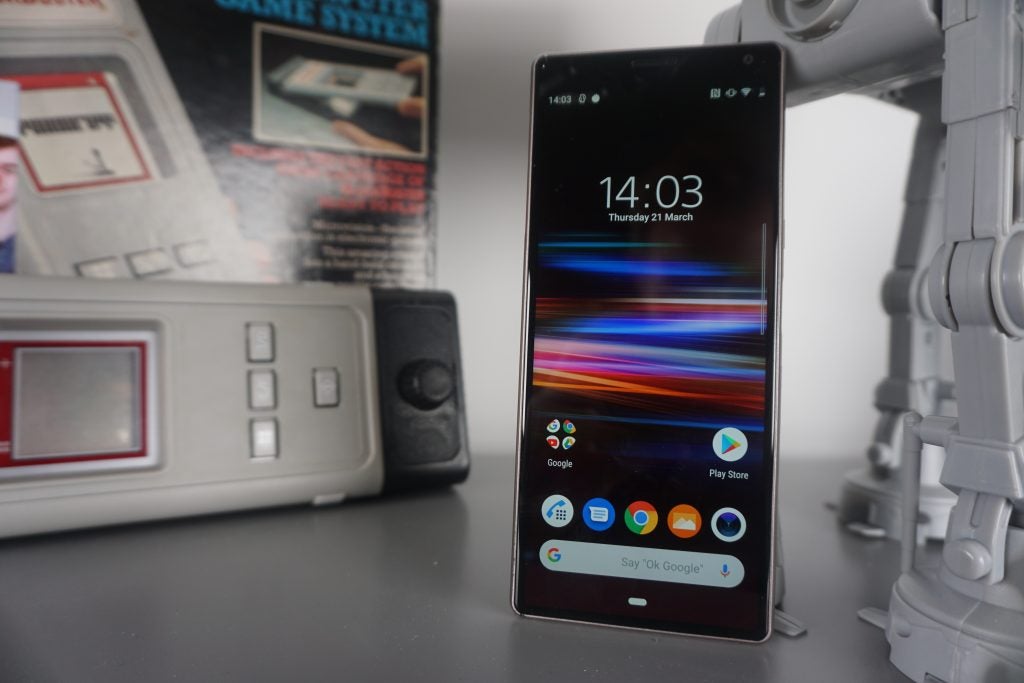 In my mind, the design of Xperia handsets hasn’t really moved on in any significant way since the Xperia XZ1. All sport boxy, slightly 80s-looking, clean-cut rectangular shapes that follow the same “omnibalance” blueprint Sony debuted more than eight years ago.

In some ways, the Xperia 10 does little to change this. At first glance it features the same hard corner, tiny bezel design of past mid-range Xperias. On unboxing, the grey, single-piece plastic chassis of my review unit looked about as exciting as an airport lounge. This is especially true when you compare the Xperia 10 to its arch-rival, the Moto G7 Plus, which has a swish metal and glass design, a la Samsung Galaxy S10.

Neither am I convinced by the positioning of the buttons and fingerprint scanner. All three sit on the Xperia X10’s right-hand long side. The power button is up top, with the fingerprint scanner sitting just below it. The isn’t an issue, since it’s easy enough to reach both with your index finger.

However, the position of the volume rocker below the power button and fingerprint scanner is plain awkward. There’s no easy way to reach it with your index finger without a fair amount of reshuffling of the device in your hand. I can’t help but wish Sony had placed it on the left side, like most other phone makers, where your thumb naturally sits.

The speaker’s position along the bottom edge of the phone is also a slight pain. Watching video content it’s all too easy to block the sound – which is a shame, since audio quality is otherwise more than good enough for bathroom and bedtime viewing.

That said, following a few weeks with the Xperia X10 the design has grown on me. The scanner is nicely reactive, and the slim 21:9 design – which makes it taller and thinner than most phones – is actually comfortable in hand. This is further helped by the Xperia X10’s slightly curved sides.

I’m also super happy that Sony has decided to stick with the 3.5mm jack, located along the top edge, and means you’ll still be able to use cabled headphones. This is doubly awesome since the Xperia X10 features support for High-Resolution Audio with DSEE HX and LDAC, two key features music lovers with Tidal or Hi-Res Audio libraries generally miss out on in the lower end of the market.

The Xperia X10’s build quality is excellent. The phone survived an accidental tumble off a bar table onto a hardwood floor blemish- and crack-free. The only downside is that it lacks an IP water-resistance rating, so you’ll want to avoid taking it on any aquatic adventures.

The 64GB of storage is ample for a phone at this price. If this isn’t sufficient for your needs, it’s easily upgradable via the microSD card slot, which lets you add up to a further 512GB. 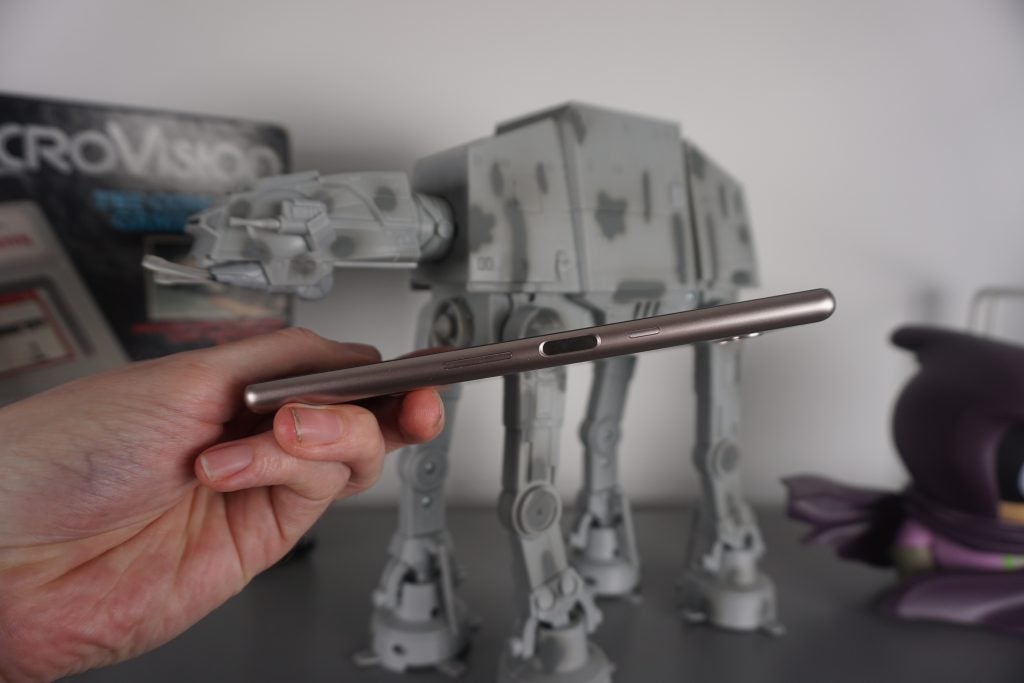 The Xperia 10’s 6-inch 21:9 display is its most interesting feature, and only unique selling point. Sony claims the 21:9 is ideal for watching movies – which, apparently, are mastered at that aspect ratio. It also claims it will let you “see even more of the apps and content you love” on the phone’s Sony store page.

There’s definitely some truth to both these claims. The extra screen real estate really comes into effect when watching modern movies, such as Rogue One, making for a better movie-viewing experience where you get to see it as the director shot it. The extra real estate also makes scrolling through newsfeeds and social media easier.

However, while on Netflix most new-ish movies will fill the screen, content from Amazon, Google Play and alternative services such as Crunchyroll generally plays with large black bars at either side. Games also get clipped. This is particularly annoying on titles such as PUBG, where a wider field of view would be particularly useful.

Thankfully, the screen is otherwise pretty darned good by mid-range phone standards. The FHD+ resolution matches its arch-rival, the Moto G7 Plus, and ensures text and icons look uniformerly sharp.

The LCD panel means blacks aren’t quite as deep as the ones you’ll find on more expensive AMOLED panels. Nevertheless, they’re nicely uniform and deep enough that they don’t have the greyish tinge I see on many mid-range phones. Max brightness is also suitably high, giving the phone a nice dynamic look, especially when playing high-contrast video content such as Blade Runner – even though the phone isn’t HDR-ready.

Colours, too, are fairly well handled. They look vibrant without being overcooked. My only slight issue with the screen is that whites look a little warm for my liking. All-in-all, though, the screen is very good considering the Xperia 10’s price.

Xperia 10 – Software
There’s one thing of which I’m certain: I have an extreme hatred of Sony’s Android skin. Half a decade ago it was one of the biggest offenders when it came to bloatware, pointless font and UI changes, and duplicate applications. However, it’s come on a long way in recent years, and the Android 9 software on the Xperia 10 is surprisingly clean.

It isn’t Moto G7 Plus-level clean, but bloatware and duplicate apps have been kept to a minimum. Sony has also done a great job of ensuring that you can opt out of having most of its applications installed during the start-up process, which is something I wish more phone makers would do. 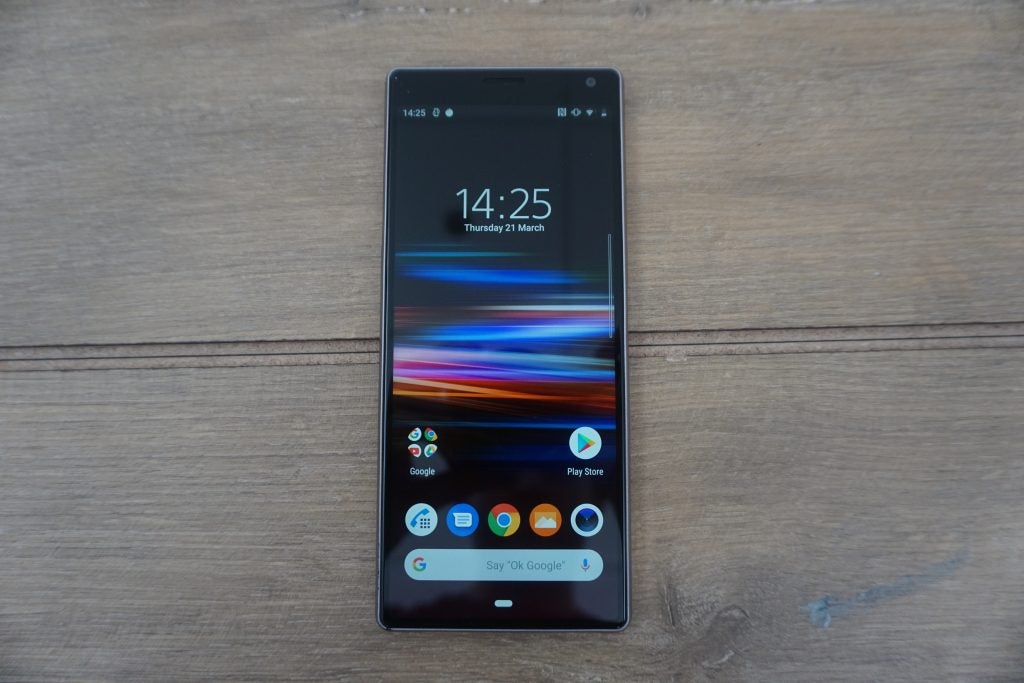 Sadly, even with the clean Android install, the Xperia 10 still offers at best adequate performance. Scrolling through menu screens you’ll experience the occasional chug, and in general the phone feels a step behind the Moto G7 Plus.

This is likely because it uses the aged Qualcomm Snapdragon 630, supported by only 3GB of RAM. By today’s standards the hardware is pretty disappointing, especially when you consider that the G7 Plus comes with the newer Snapdragon 636 CPU, features a more robust 4GB of RAM and is £30 cheaper.

In real-world use this means the Xperia 10 feels fairly slow. It will run most processes, but you’ll notice frame rate drops in demanding 3D games. You’ll also experience noticeable slowdown if you have multiple applications or Chrome tabs open simultaneously.

The Xperia 10’s synthetic benchmark scores mirrored my real world findings. You can see how it performed in our standard suite of tests in the table below.

Camera performance is solid, but not industry-leading at this price. The Xperia packs a dual-sensor setup that pairs 13-megapixel/5-megapixel main cameras on the device’s rear. The secondary sensor is designed to help improve portrait and bokeh shots. These are photos where the main image is in focus, but the background is blurred.

In regular light, images are more than good enough for use on social media. Photos look crisp and colour representation is suitably realistic; it isn’t overly processed. The bokeh and portrait modes are also solid performers in regular light, so long as you don’t blow them up on a big screen. However, in low light things begin to fall apart.

Photos display a grainy quality and are fairly noisy. You’ll also need a very steady hand shooting in low light. The lack of optical image stabilisation (OIS), which is featured on the Moto G7 Plus, means that even minor hand movements can turn photos into a blurry, unusable mess. Video is also very shaky, especially when compared to the G7 Plus.

If you simply want to capture photos to look at on the phone, there’s also an option to shoot in 21:9 – but, be warned: the aspect ratio looks a little odd on social media.

The biggest problem with the camera is its slow shutter speed. Shooting against the Moto G7 and Moto G7 Plus, the Xperia 10’s camera app feels sluggish. There’s a noticeable lag between pressing the on-screen shutter button and the photo being taken. This makes it all too easy to miss your shot – and close to impossible to capture moving targets.

The 8-megapixel front camera is a solid, if not industry-leading, performer. In regular lighting you’ll be able to take usable selfies, but once again, performance falls apart in low light.

You can see a selection of photos taken on the Xperia 10 below. 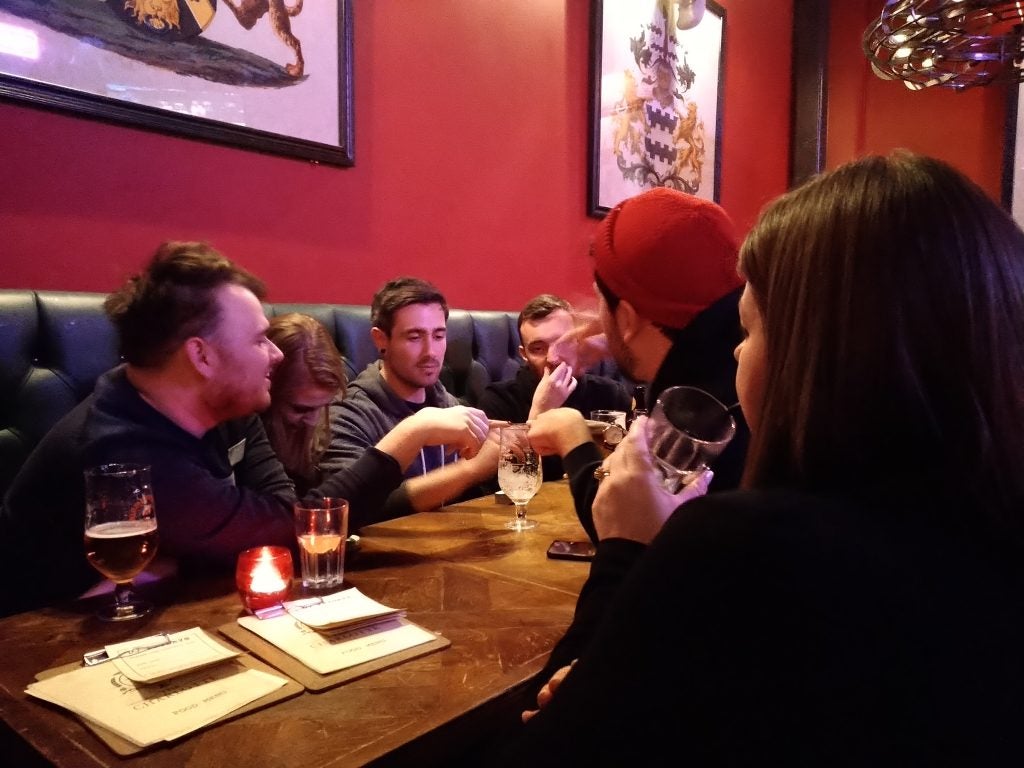 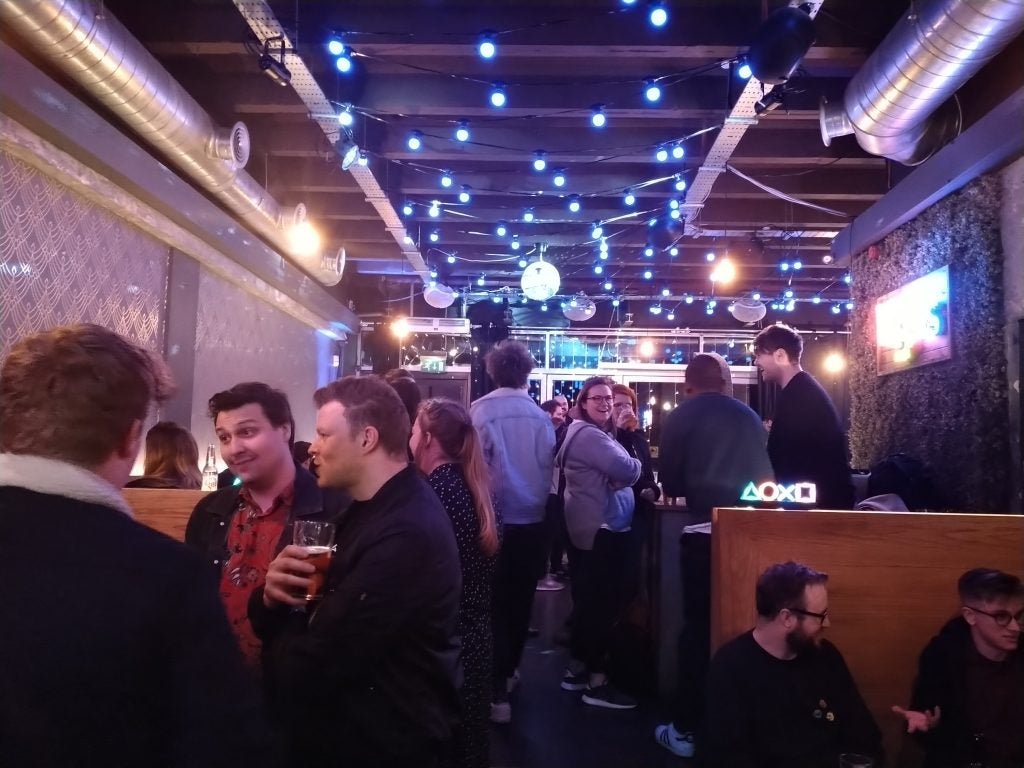 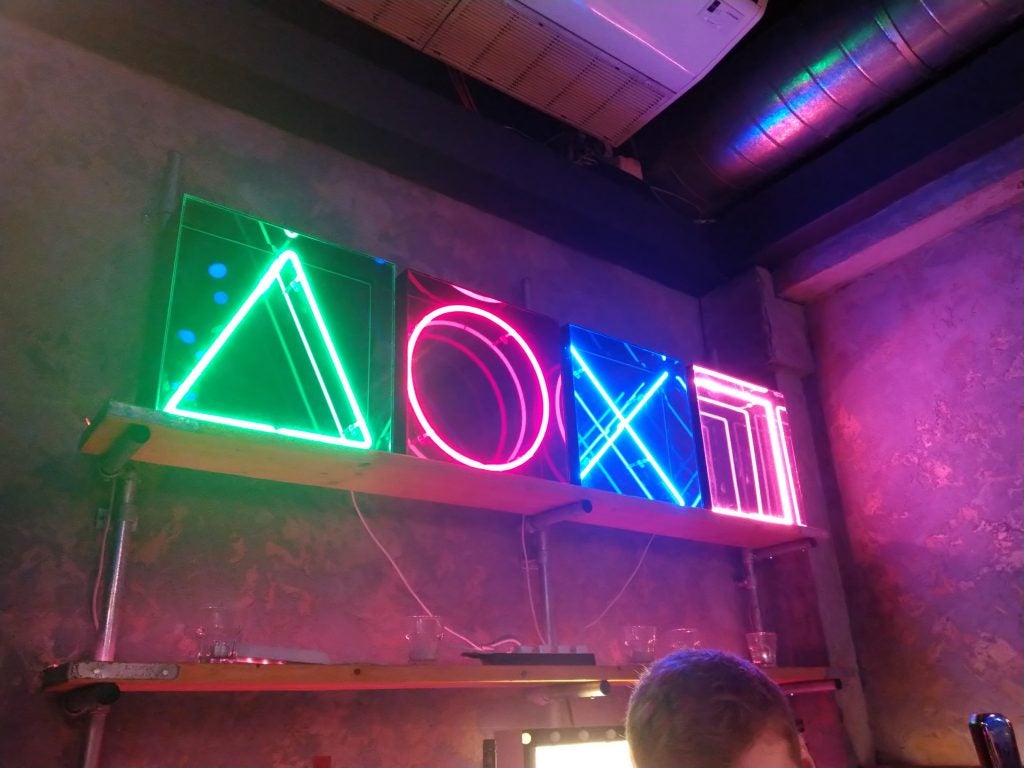 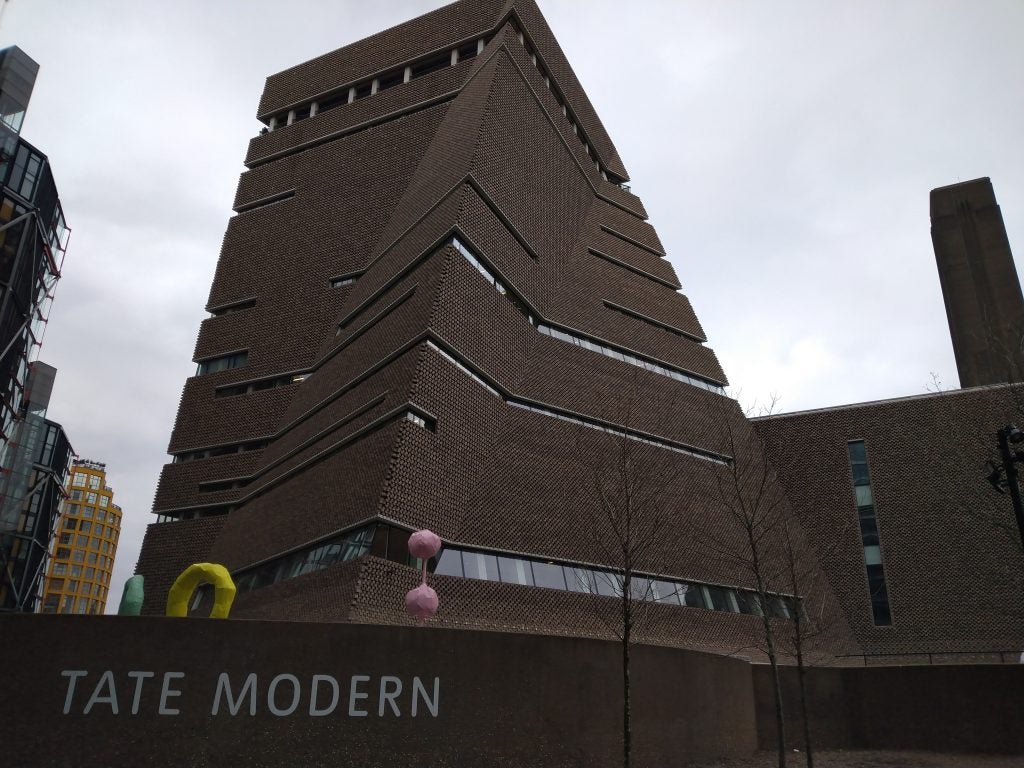 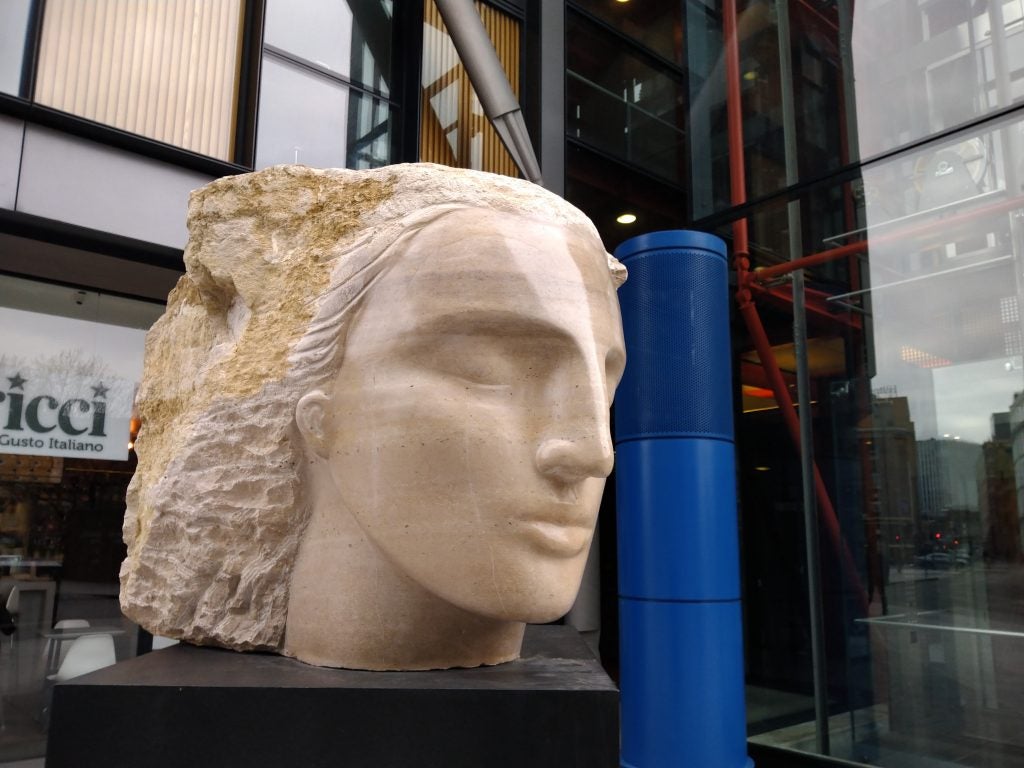 The Xperia 10’s battery life is middling, although this isn’t surprising given the inclusion of a dinky 2870mAh battery. This isn’t radically smaller than the 3000mAh cell that features in the G7 Plus, but it means that you’ll occasionally struggle to get a full day’s use out of the Xperia 10.

Unplugging the device at 8am, my Xperia 10 was usually ready to be charged by 8-10pm following regular use as my main work and personal handset. Regular use entailed listening to music during my morning workout and the commute to work, checking my email and social media feeds, taking and making a few calls, plus the odd round of PUBG and watching a video on my journey home.

The Xperia 10 supports PD fast charging, which makes topping it up fairly easy, but I’d normally expect a phone to last at least a day and half with regular use.

More intensive tasks put an even bigger strain on the battery. Streaming video content over Wi-Fi, the Xperia 10 lost between 10-13% of its charge. Playing PUBG and Asphalt Racing, the Xperia 10 discharged an average of 25-30% of its charge. These figures aren’t terrible, but they mean the phone offers at best middling battery life. 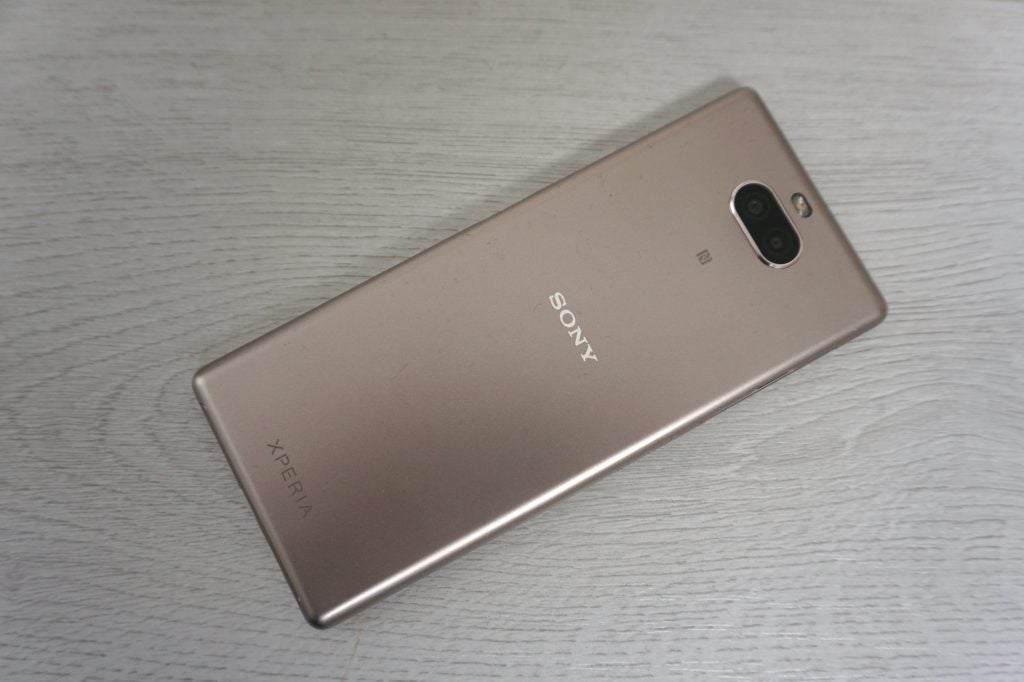 Should I buy the Xperia 10?

If you’re a die-hard Sony fan looking for a mid-range handset then the Xperia 10 is an okay choice. It has a decent screen, well-built design and a fairly clean Android install. For everyone else, however, it’s a tough sell.

This is because its hardware doesn’t match that of its main rival, the Moto G7 Plus, which features a better camera and offers significantly better performance. The G7 Plus remains Trusted Reviews recommended mid-range phone of choice.

The Xperia 10 could have been one of the best mid-range phones around, but underpowered hardware stops it from delivering on its opening promise.