Sony’s Walkman players have been experiencing a new lease of life after the company’s decision last year to dump the horrid SonicStage software and finally join the rest of the market’s more open approach. The first player we reviewed to take baby steps into this brave new world was the NWD-B105 in August. Ed then looked at the NWZ-A815 – which was essentially the A805 shorn of its SonicStage shackles – and was suitably impressed.


Now that the novelty has worn off, however, the new generation of Walkman players is going to have to work a touch harder to impress. The new 16GB NWZ-A829 is up against the likes of SanDisk’s excellent Sansa View and the equally impressive, if a little more expensive, Creative Zen 16GB. It makes an immediate impression. 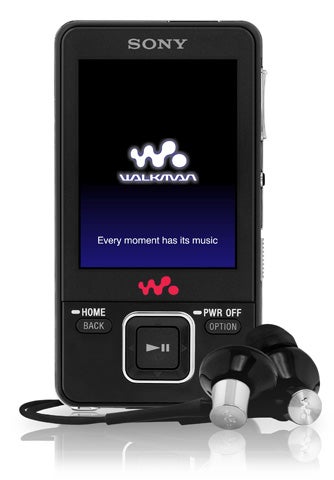 Gone are the circular buttons and matt-black finish of the A815 – they’ve been replaced with an altogether more angular design, complete with shiny, glossy surfaces and chrome-trimmed controls – and looks very nice indeed. It puts the View and Zen considerably in the shade.


The Walkman is a few grams heavier than its predecessor – 5g to be precise – but it’s still an extremely pocket-friendly 58g. It’s a touch wider and taller than the A815 too, at 50.2 x 93.6mm, but makes up for these slight increases with a fractionally slimmer profile (9.3mm) and, more importantly, a much larger 2.4in screen to match the one on the bulkier Sansa View. The screen is bright and colourful, plays back videos at up to 30fps, and there’s a rather neat plastic dongle included that plugs into a socket on the back and acts as a kickstand for hands-free watching.


Elsewhere things are not so different. The resolution is identical (240 x 320), battery life is still a highly impressive 36 hours for audio, and file format compatibility remains the same. For audio you can play MP3, WMA, and AAC files (all unprotected, of course), while video is limited to MPEG-4 and H.264 files. The latter isn’t too much of a problem, to be honest, as you’re going to have to down-convert any stored video to play on a small PMP such as this anyway. But the View is a touch more flexible and will play files up to VGA in resolution, not just the screen’s native resolution. It’s also somewhat galling considering the high price of the player that you have to pay extra for Sony’s ‘Pro’ software to get video conversion software bundled.

And, despite the fact that the buttons on the A829 have been redesigned and rearranged, there’s actually no change in the control method either. You get three buttons on the face of the player – a five way d-pad plus back and menu keys. It’s a tried and tested system that works extremely well, however, and even with the absence of some kind of clickwheel copy, browsing music is a slick operation. You can search by the usual tag-based attributes, with long lists despatched swiftly by Sony’s search-by-initial-letter feature, and for when you can’t find tracks using tags, you can also browse by folder. The hold switch has moved to the side, next to the volume control – a welcome change – but what we didn’t like so much was that Sony has persisted in not building a playlist creation feature in here, or offered the ability to queue up tracks as you listen. It’s baffling that this kind of basic facility is missing from a player with such luxurious pretensions. And the insistence on a proprietary USB connection is another source of irritation. 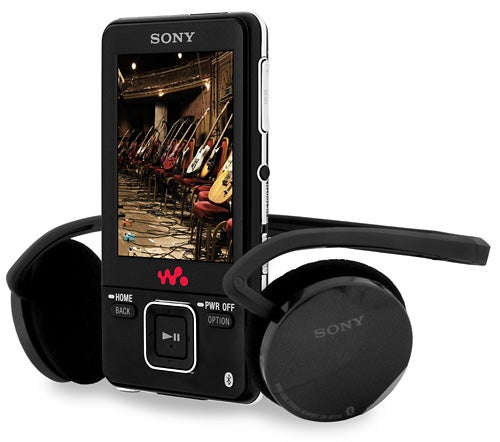 There is one further major difference with the A829 I haven’t mentioned yet, and that’s the addition of Bluetooth. In fact you can also buy the player in a Bluetooth bundle, if you fancy ridding your wallet of even more hard-earned readies. And it’s a doddle to set up and use. Naturally you have to pair your headset with the player to start with, but switching between Bluetooth and standard modes thereafter is simply a matter of pressing and holding a small circular button on the side of the device.


Choosing to listen to Bluetooth instead of wired headphones would of course negate the main reason for owning a Sony Walkman in the first place – sound quality. And in the case of the NWZ-A829, that’s one area where it almost justifies its sky-high price tag. Not only does the A829 itself sound terrific – powerful and loud, and a touch warmer than its aforementioned rivals – but you can also enjoy its superior sound quality out of the box. That’s because the NWZ-A829 comes supplied, not with a pair of cheap earbuds, but a pair of Sony’s EX headphones and these produce a very competent sound indeed. They’re similar in appearance to Sony’s top-of-the range noise isolating phones, the £70 MDREX90LP’s, and the solid punchy bass and clear treble they produce is easily the equal of a pair of £40 mid-rangers, such as Sennheiser’s class-leading headphones, the CX400’s.

To really test the player to its limits, I swapped out the excellent bundled earphones and replaced them with my reference cans – a pair of Grado SR325is. I kicked the test off with a rendition of ”Moonlight Sonata” and the warmth and smoothness in comparison with the Sansa View was immediately apparent. In fact the A829 is so buttery smooth that those with overly bassy headphones may find it a little too much. But there’s certainly no lack of clarity and detail and music rings out with fantastic clarity and power. 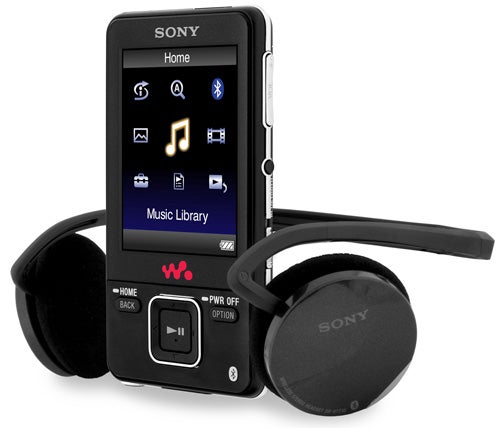 I switched to something a little less laid back for the next track – Muse’s ”Butterflies & Hurricanes” from their album, Absolution – and it really showed off the A829’s strengths, lashing out the complex harmonies and rhythms with a deftness that was truly impressive to behold. Volume levels are impressive, too – even with the large Grados plugged in with no assisting amplification, I had to notch it down from maximum to reach comfortable listening levels.


And vocals were handled just as comfortably: Oh Susanna’s simple, yet heart-wrenching ballad ”Billy” was conveyed with all the emotion originally intended; and Damien Rice’s acoustic mix of guitar, strings and voice was immediate in a way that the Zen and View couldn’t quite manage. You can almost feel the air resonating in the body of Rice’s guitar as he belts out the chords.


Sony’s latest Walkman is, then, clearly a very capable player. It’s light, good looking, and competes with any for sound quality. It’s easy to use too, has fantastic battery life, and with Bluetooth now in the mix, its appeal has been expanded to those who want to listen without wires.


But the price, I have to say, at a wincingly pricy £229, is not exactly what I’d call fantastic value for money. Even taking into consideration the decent pair of headphones, it still seems overpriced. To put it in perspective, for the same money you could buy a Creative Zen, itself not a particularly cheap player, add a pair of Sennheiser’s superb CX95 headphones and still have enough change left over to buy a couple of albums.


Quite why it’s this expensive when the previous incarnation was such great value is a mystery, but one thing is clear – at this price, alas, we can’t possibly give it a recommended award.