Regular readers will recall that we tested – and were very impressed by – the first Sony projector to use the brand’s new SXRD technology. In fact, only a couple of things stopped us from giving the VPL-VW100 a rave review and that was its north-of-£5,000 price and the cost of those replacement Xenon lamps at a grand a piece.


This is why we’re tickled pink to be faced today by a step-down SXRD model, the VPL-VW50, which can be yours for the massively more reasonable price of £2,700. What’s more, this one uses a ‘normal’ 200W Ultra High Pressure lamp rather than the VW100’s expensive Xenon one, making long-term running costs much more affordable. 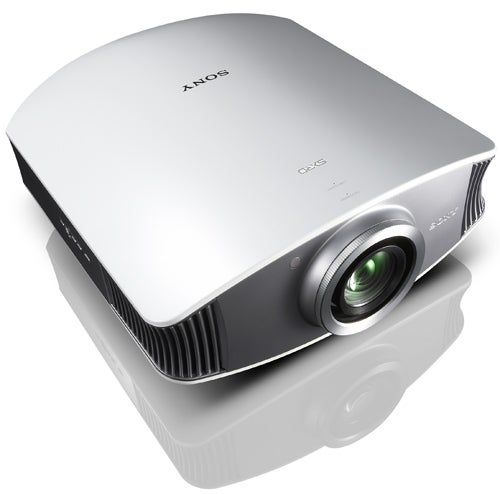 It has to be said that ditching the Xenon lamp will have some impact on the VW50’s performance, as Xenon lamps are known to produce a wider colour spectrum, more natural skin tones and greater contrast. But hopefully the reduction in performance standards will only be relatively slight and therefore easy to live with in the context of the VW50’s massively smaller price.


The VW50’s bodywork is arguably superior to that of the VW100, for it combines the same sort of elegance in its glossy cream finish and oval shape, but makes itself more living room friendly by occupying a smaller footprint.

The good first impressions are reinforced by some comprehensive connectivity that includes two 1080p-capable HDMIs, a component video input, a D-Sub jack for PC connection, a 12V trigger jack for automatically kick-starting an electronic screen, and an RS-232C control port so that the VW50 can be incorporated into a full AV system. For the record, these jacks differ from those of the VW100 in that the VW100 had one HDMI and one DVI rather than two HDMIs, as well as an extra Ethernet input for network integration.


In terms of other specification comparisons, the VW100 and VW50 share a seriously high, claimed contrast ratio of 15000:1, with the VW50 actually outgunning the VW100 on brightness, quoting 900 ANSI Lumens versus its bigger brother’s 800.

There is one slightly disappointing aspect to the aforementioned specs, though; in that the VW50’s 15,000:1 contrast ratio is achieved only with the help of a dynamic iris, which regulates the amount of light let out of the lens in order to reproduce deeper black levels during dark scenes. In other words, you’ll only get the maximum contrast performance at the expense of some brightness.


Such dynamic iris systems are, of course, very common where technologies other than DLP are concerned. But it would be remiss of us not to remind you that JVC’s stunning DLA-HD1 projector, using a system similar to SXRD, offers a contrast ratio of 20,000:1 without any dynamic iris. This compares with a contrast ratio of 5,000:1 for the Sony if you leave the dynamic iris option turned off. 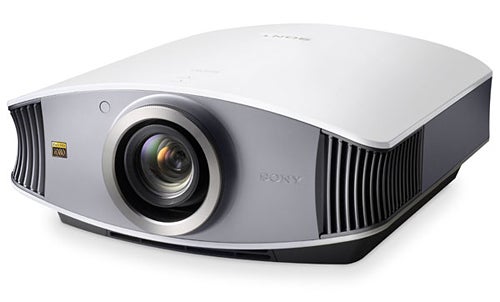 The VW50’s SXRD technology is based on the older Liquid Crystal On Silicon (LCOS) projection technology that’s notable for its ability to cram a huge amount of pixels into a very small chipset. So it’s no great surprise to find the VW50 sporting a ‘full HD’ native pixel count of 1,920 x 1,080 just like the VPL-VW100.


Considering how well specified it is, the VW50 is surprisingly straightforward to set up and operate. It goes out of its way, for instance, to adapt to tricky room arrangements thanks to a strikingly flexible x1.8 optical zoom and vertical lens shift system. Plus its onscreen menus are clear and concise and have enough picture setting minutiae to keep even the most obsessive ‘tweaker’ happy. 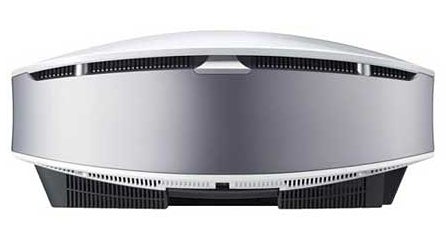 Having ratcheted expectations sky high so far, for the briefest of moments the VW50 tries to pull the rug from under our feet by making us feel slightly let-down in one crucial picture area: colour. There’s just no hiding the fact that while viewing anything possessing really heavily saturated colours, such as the gloriously OTT Blu-ray transfer of The Phantom of the Opera, or Viva Pinata on the Xbox 360, the VW50’s palette looks a touch washed out versus that of the Xenon-lamped VW100.


However, it really doesn’t take long, reflecting on the huge price gap between the VW50 and the VW100, to accept that the slightly weaker colour saturation is neither surprising nor actually bad versus other projectors in the sub-£3k bracket. Admittedly a few DLP projectors can look richer for around the same money, but then, as we’re about to see, those DLP models struggle to compete with the VW50 in other areas.

For me, the single strongest suit of the VW50 is its remarkable freedom from all kinds of video noise, be it grain or dot crawl or, more tellingly, any sort of artefact caused by the technology itself. In other words, while DLP usually suffers from the rainbow effect and motion dithering and LCD suffers from visible pixel gridding, SXRD appears to present no side effects at all.


Not surprisingly this immediately helps you forge a terrifically direct connection with what you’re watching – a connection that’s then built on in spectacular fashion by the picture’s terrific sharpness. For even by full HD standards the level of texturing and total clarity in the VW50’s HD presentation is utterly outstanding.

Next to impress is the subtlety of the VW50’s rendering of colour blends, thanks to a combination of the higher pixel density afforded by the 1,920 x 1,080 chipset and some high quality video processing. Tones are also reasonably natural, despite not going the extra mile the VW100 does.


Meanwhile, watching a scene with plenty of fast motion, such as the opening space battle of Star Wars: Episode III, reveals practically no resolution loss over moving objects (the VW50’s response time is quoted at a handy 2.5ms). Furthermore, this same scene, with its space backdrop, also enjoys some convincingly deep and detailed black level response. 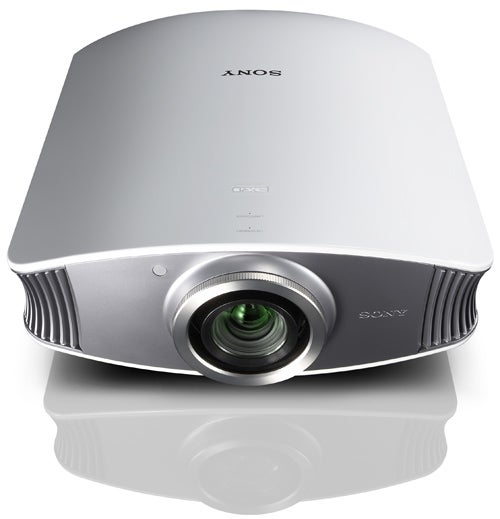 Dark areas perhaps look a touch greyer than on the very best £3k DLP projectors and there are occasional visible ‘brightness jumps’ when the dynamic iris does its work, but neither of these issues are seriously detrimental to your viewing pleasure.


If pushed to find more faults with the VW50, I could point to some strange dotting noise that only seems to creep in over really intense white spots in a picture, and also to the fact that the projector’s standard definition scaling is only OK versus some rival projectors. But that’s about it.


With the VPL-VW50, Sony has proved that SXRD really does have the potential to become a mass market phenomenon, serving up a scintillating performance that makes the £2,700 price tag seem almost ridiculously affordable.


Personally I’d still be tempted to try and rustle up an extra £800 so that I could get the superior JVC DLA-HD1. But if finding that much more just isn’t on the cards, the VW50 really is up there with the very best the sub-£3000 market has to offer.