Having been completely blown away by the sheer elegance and portability of the Sony TZ, which Riyad just looked at, the next notebook to come through our labs would need to be something seriously special to impress us. Unfortunately the Sony VGN-FZ11L doesn’t quite have the drool worthy credentials to set our hearts alight again. However, it is still a powerful mid-priced all-rounder.


Billed as providing “Entertainment in style” the FZ range should be brimming with all the multimedia goodies that would make for a perfect portable living room entertainment centre. However, only half the range features the all important HDMI output for connecting to HDTVs and none of them have TV tuners or screens large enough to display 1080p video. Moreover, none of them ship with Media Center remotes. All of which suggests the Entertainment moniker is a bit of a misnomer but that’s not to say the FZ series isn’t good, it’s just a bit mis-branded.


Perhaps a better description would be “The Everyman”, the laptop that’s a Jack of all trades but master of none. It’s powerful yet not a gaming machine, has some multimedia leanings but isn’t a fully fledged Media Center, and is relatively light but by no means is it ultra portable. Whatever it is, it has one very sound redeeming factor; it’s cheap. 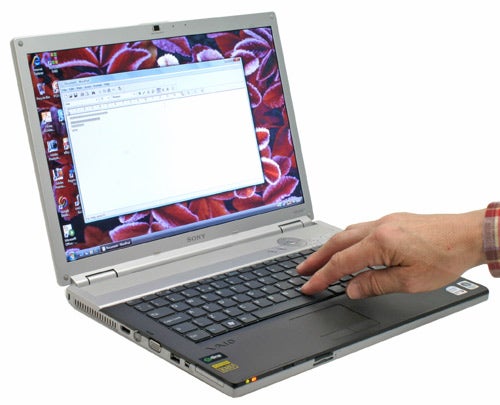 While the entry level VGN-FZ19VN at £880.08 is a bit of a dead duck, only having Intel integrated graphics and thus no HDMI, the VGN-FZ11L that has GeForce 8400M GT graphics with HDMI hits a nice sweet spot of price and performance. If you fancy the idea of using a laptop to playback movies through your HDTV the top end VGN-FZ11Z even has a Blu-ray drive as well. However, with a price of £1,498 it may be worth just getting a dedicated Blu-ray player instead – or even a Sony PlayStation 3.


All models in the range conform to Intel’s Santa Rosa platform, just, by virtue of the inclusion of the latest Merom Core 2 Duo CPUs and 965 Express chipset. This means you get dynamic FSB throttling and overclocking in single core applications, as well as the other power saving measures. Unfortunately that’s all the Santa Rosa goodness you get, as neither Draft 802.11n wireless nor Turbo Memory are present. Not that this comes as too much of a surprise as nearly all early Santa Rosa laptops are lacking in one area or another (except the Evesham Zieo N500-HD) and for the price you’re still getting plenty of notebook. 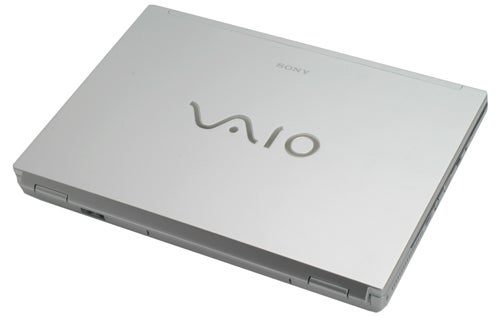 As well as the aforementioned GeForce 8400M GT the specification of the VGN-FZ11L is quite impressive. A Core 2 Duo T7100 running at 1.8GHz, coupled with 2GB DDR2 667MHz RAM, lies at its core. Storage comes courtesy of a 120GB HDD, a multi format rewriteable DVD drive, and slots for MemoryStick Pro and Duo. You also get Bluetooth, wireless 802.11 a/b/g and 10/100 Ethernet network connections as well as an Express Card slot, and a 0.30-megapixel web camera. Finally, the screen is a 15.4in 1,280 x 800 WXGA TFT that uses Sony’s X-black technology. Overall this is a very capable specification that, in terms of raw horsepower, won’t have any problems with everyday duties.

The FZ’s chassis, although no stunner, is simple and elegant with an understated quality to it. While the fancy glossy finishes of the Samsung R20 and the Sony TZ may catch all the headlines they don’t age well and just a few scratches will ruin their sleek lines. I prefer to see a finish that is going to stand the test of time and the dull silver and graphite paint of the FZ is certainly going to be able to take a fair amount of punishment before relinquishing its good looks.


However, the chassis isn’t without its problems. The most troubling is the sharp edges that are a result of the orthogonal design. Typing with my hands resting in the usual position, the front edge of the chassis digs right into my wrist and it can become quite painful after extended periods. Obviously it depends on the size of your hands and your typing position but, for me, this one thing alone would put me off considering this laptop. Also, weighing in at 2.7kg and with dimensions of 355 x 34.5 x 254mm (WxHxD), the FZ is no featherweight. 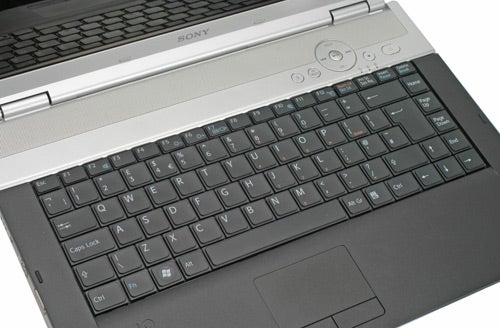 It’s a shame I find the FZ is so uncomfortable to type on because the keyboard itself is very well laid out. The Ctrl key is where it should be – in the bottom left – with the Fn key to its right and the Backslash key is also correctly positioned. Judging from the FZ and the TZ, Sony’s entire new range will have this arrangement – and about time to! The right Shift and Enter keys are a good size and the cursor keys are also easy to locate. If I were being really picky, though, I’d prefer to see the cursor keys offset, like on the TZ, with the Home, End, PageUp, and PageDown, keys as secondary functions.


The obligatory touchpad is in a widescreen aspect ratio to match the display and is positioned a nice distance from the keyboard, ensuring it isn’t accidently activated. The pad has a smooth but tactile surface and sensitivity is just right to ensure easy pointer movement. As usual, you can use the bottom and right edges of the pad for horizontal and vertical scrolling, respectively. 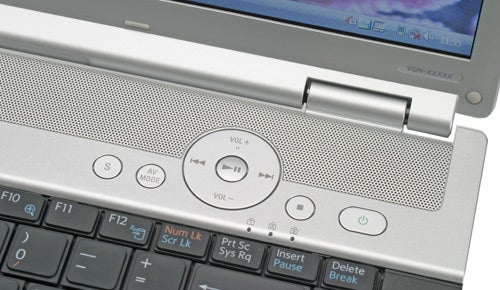 Above and to the right of the keyboard is a set of six multimedia/shortcut buttons. The furthest right is the power button and to its left are three buttons for controlling multimedia playback and adjusting volume. Furthest left is a shortcut button that can be assigned a variety of functions including sending the notebook to sleep, adjusting brightness, and switching displays. By default, though, it opens a Windows Help & Support window that has links for wireless networking, the VAIO websites, backup and restoration, security, and manuals.

The webcam is embedded in the bezel above the screen where it naturally points at your face ready for video calling – which at 0.3-megapixels, is about all it’s good for. Sony is now shipping Skype preinstalled on its laptops so you can be up and running straight away.

It would be too much to hope that the FZ used the same LED backlit, super slim, display that graced the TZ and indeed this is the case. But what really lets it down is that even at 15.4in it only has a resolution of 1,280 x 800 which is actually fewer pixels than the TZ packs into its 11.1in screen. Not only that but viewing angles are not brilliant and colours are subdued.


Watching video is also let down by the weak speakers and I would recommend plugging in a pair of headphones whenever possible. Music fairs little better with a complete lack of bass betraying anything but the squeakiest of pop tunes.

Down the right hand side is the power socket, DVD writer, two USB ports, and two 3.5mm jack sockets for headphones and microphone. It’s good to see two USB ports next to each other as portable hard drives which run off USB power sometimes need an extra socket to work properly. This way you don’t need to stretch cables across your notebook.

On the opposite side are an Express card slot, a four-pin FireWire port, a third USB socket, and a plethora of video outputs. Not only is HDMI on offer but there’s also S-Video and D-SUB outputs for those with older TVs/monitors. 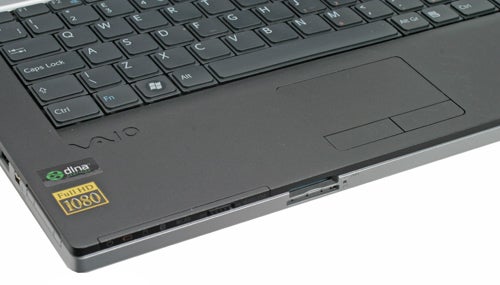 The front is rather less full, with just the two memory card slots, a switch to enable/disable wireless networking, and a row of status LEDs for indicating power, battery, hard drive activity, wireless, and Bluetooth status. Finally, the back is even sparser with just a Modem socket and an Ethernet port.

To test performance, I ran our usual set of 2D benchmarks which test both single and multi tasking scenarios. For comparison I’ve pulled in results from the Acer Aspire 5920 that Andy just reviewed. It has a faster CPU but otherwise is a similarly specced machine.


Though, the Sony put in a good performance, it consistently fell behind the cheaper Acer. This really highlights the FZ’s failings as it constantly punches below its weight. Not performance, multimedia capabilities, nor price put it above the competition.


I subjectively tested battery life by forcing off power saving options, like turning the screen of and going into sleep mode, and setting the screen to half brightness. I then used it to write and research this review, until it ran out of juice. I managed to get about two hours out of it, which was a little disappointing but I’m sure this could be stretched to around three hours if a few more battery saving measures were undertaken.


The Sony FZ11L is a very capable notebook with enough performance and features to keep most people happy. However, other manufacturers have cheaper more powerful, and at least for me, more comfortable alternatives – the Acer Aspire 5920 would be a good first port of call.